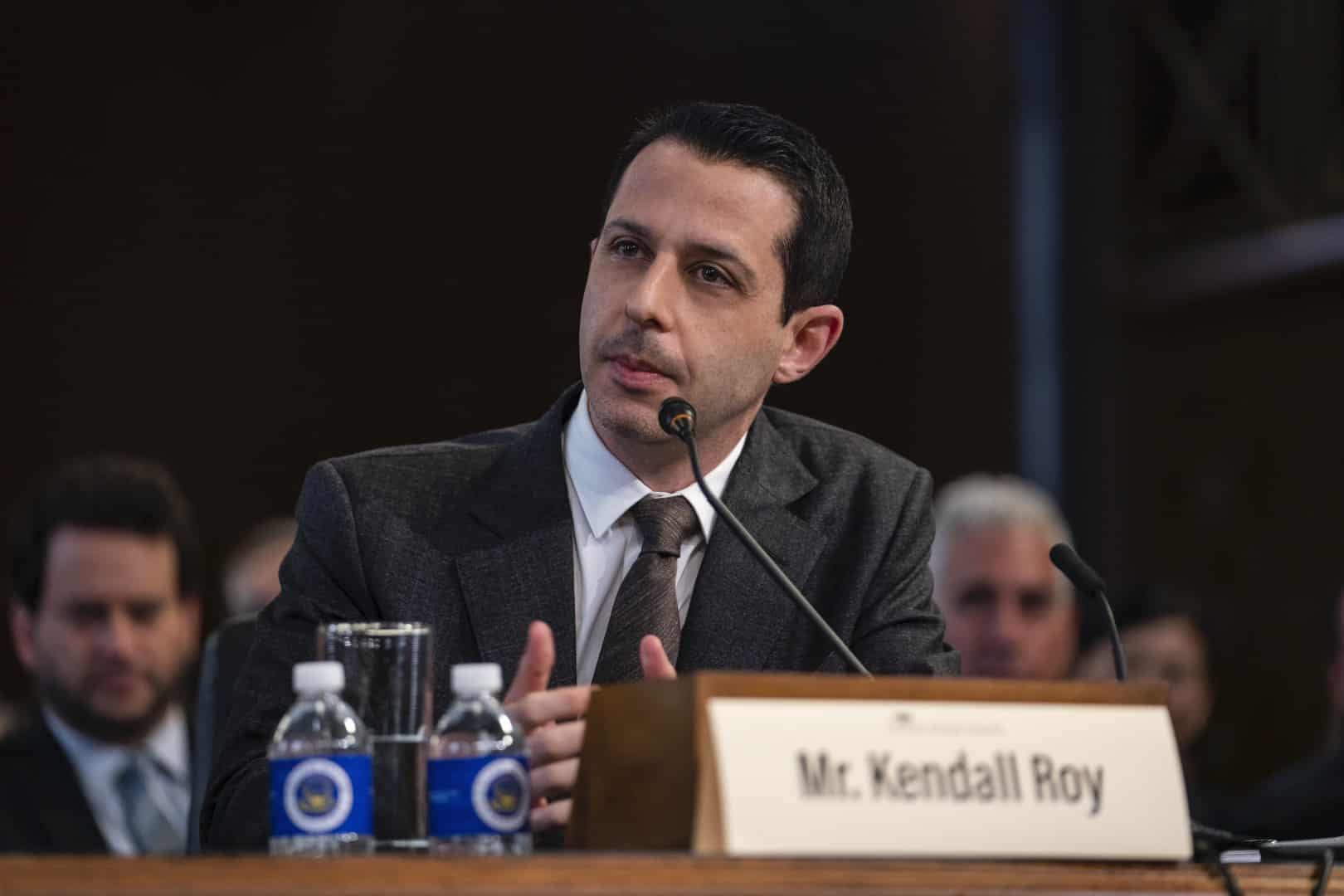 A shockingly-timely Succession lets all manner of narrative chickens come to roost.

It’s astounding how strange it is to see life imitating art, or vice versa. When Jesse Armstrong wrote this week’s episode of Succession, he couldn’t have possibly known it’d air the same week America becomes embroiled in another big whistleblower scandal that seems to come the closest yet to bring down a powerful criminal and his cadre of goons. And yet, here we are, with tonight’s episode “DC” finally putting the same hangdog expression on every Roy’s face that Ken (Jeremy Strong) has been wearing all season. It’s a delicious sight – on both fronts, there’s the feeling that things might start to matter now. But of course, this is Succession, and our merry band of one-percenter chucklefucks might just squirm their way out of this one yet (though not without some casualties).

Right from the start, “DC” shows us a different Roy family, as they settle down to watch the nightly news expose of their weasel Wiesel, the whistleblower at their Cruises division Brightstar who spills the beans on Uncle Mo’s long tenure of sexual exploitation and book-cooking. Try as they might to heckle the TV (“book deal!”), one can’t escape the feeling that this one rattles them. As desperate as they are to have some semblance of control, we’ve never seen them so impotent.

It’s not long before the classic Roy spin machine starts working — “I think we say the truth,” Ken says in that quintessential rich-boy post-truth way. “The family knew nothing.” They’re all too glad to throw Waystar exec/total sweet dad-type Bill (Mark Blum) under the bus — while saying deferentially that “they like Bill”, of course — but they also plan to hang Tom (Matthew Macfadyen) and Gerri (J. Smith-Cameron) out to dry during the inevitable Senate hearings, called by Congressman/Shiv’s (Sarah Snook) former employer Gil (Eric Bogosian).

But even as things seem doomed, Logan (Brian Cox) still has an ace up his sleeve — the sovereign wealth money courtesy of Azerbaijani mogul Eduard (Babak Tafti), with whom Roman (Kieran Culkin) bought a soccer team in an attempt to schmooze him. He might be able to save Waystar from ruin (and that buyout that’s been hanging over their heads all season) if he buys them to become an arm of his propaganda wing. Now that that seems Waystar’s best hope for survival, Logan sweet-talks Roman into going to Eduard to seal the deal. “You act the fuckknuckle, but people like you,” Logan tells him, perfectly encapsulating what Roman brings to the table… and exactly why Logan needs him.

But of course, we’ve got Congress to deal with, so the rest of the Roy family trots off to DC for Senate hearings, which are torture for them and a blast for us. Waystar communication guru Hugo (Fisher Stevens) tells them “it’s not a courthouse, it’s a stage” — honestly, given the dog-and-pony show we’ve seen in everything from the Mueller hearings and beyond, that’s not too far off. It doesn’t start well for the Roys, with Gil delighting in Tom’s squirming on the stand. At one point, Tom denies even knowing Greg (Nicholas Braun), to which Gil has to remind him that he once wrote in an email, “You can’t make a Tomelet without breaking some Gregs.” Having Tom’s feeble attempts at alpha-business-bro posturing (human footstools and all) be thrown back at him, only for him to be entirely unprepared, is simply delicious.

Of course, Shiv, with what semblance of scruples she has left (mixed, of course, with a healthy desire to maintain power and not see her family/position destroyed), prostrates herself before Gil to get him off the stand. It’s nice to see Nate (Ashley Zukerman) back, just as pissed at Shiv as Gil, but since they’ve got the upper hand, they let slip that another Cruises employee and Uncle Mo victim, Kira (Sally Murphy) is about to come forward with even more damning evidence.

As desperate as they are to have some semblance of control, we’ve never seen them so impotent.

But before we can deal with that, Rome’s got his own, slightly more murder-y problems: turns out he’s come to Azerbaijan in the midst of a little coup, and he and Eduard, along with Waystar lackeys Karl (David Rasche) and Laird (Danny Huston), find themselves locked into their hotel by armed guards. Even so, Rome manages to keep his cool, finding a way to close the deal even with machine guns figuratively pointed at their heads.

The most stomach-churning and hard-hitting moment of the episode, though, is watching Shiv, alongside doomed CEO Rhea (Holly Hunter) doing the “soft skills lady duty shit work” of taking with Kira and convincing her not to go. In one of Snook’s best, most hauntingly calculated scenes in the show, her heart-to-heart with Kira (set against the innocence of a school playground) hammers home the kinds of abuse and mistreatment any accuser of sexual assault encounters. “Your life is gonna get ripped apart,” she says. “For two or three days, you’re gonna be kinda famous. Then the caravan moves on.”

It’s an astonishing combination of honesty and calculation: Shiv cops to not being trustworthy but says that one consequence of her saving the company will be cleaning up the rape culture that hurt Kira and so many others. “Frankly, I want what’s best for me. But everyone else, they want what’s best for them. You need to think about what’s best for you.” The tragic thing about Shiv’s preternatural gift for obfuscation is that you, like Kira, want to believe her so badly. She’s maybe the Roy with the most scruples, or at least the most progressive worldview; it’s alluring to think that she might actually turn things around. But you’ve got to hand her the keys.

And it couldn’t come at a moment too soon, as the Age of Rhea goes out with a whimper, quitting to Logan after the rollercoaster of the last few weeks. Sure, the scandals are bad, but a lot of it seems tied to her opinion of Logan personally: “I don’t know if you care about anything, and that scares me.” Logan bites back, saying she’s “fungible as fuck.” Her reply? “Go ahead. Funge me.” It’s striking to see such a prominent subplot disappear so quickly, but Rhea’s a smart cookie, endlessly bending whichever way the wind blows. She’s a rat who knows when to leave a sinking ship. One wonders if she’ll reappear in the Roys’ orbit again someday; if she does, it’ll be well worth it to see Holly Hunter keep up with the rest of the erudite scumbags we’ve been following throughout the show.

But what now? Can Waystar be saved from certain doom by foreign interests and Ken making a surprisingly strong power play at the Senate hearings? Logan says that “it’s time for a blood sacrifice.” What does that mean? Whose head is on the chopping block? Could it be time for Logan to leverage his knowledge of Ken’s complicity in that young waiter’s death last season? 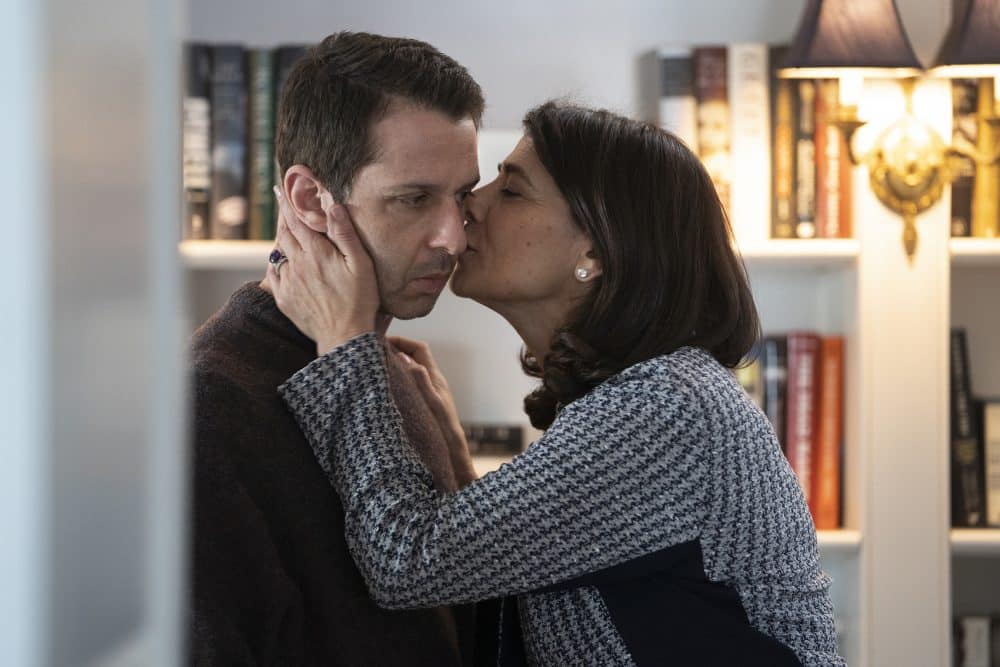 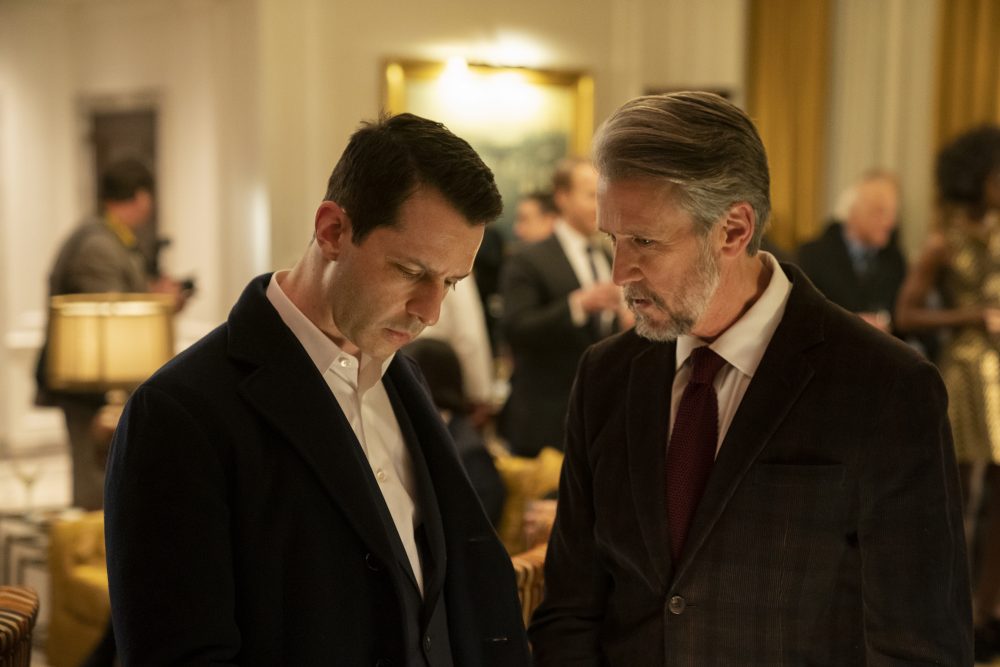 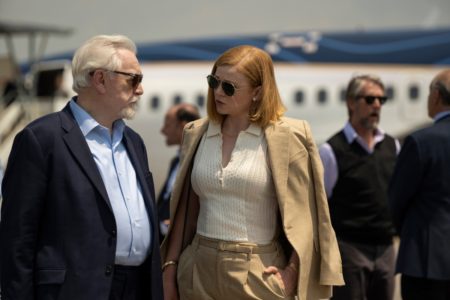 Succession Season 3 Episode 1 “Secession” recap: The war is on

The season premiere doesn't miss a beat as sides are chosen, and strategies are planned.