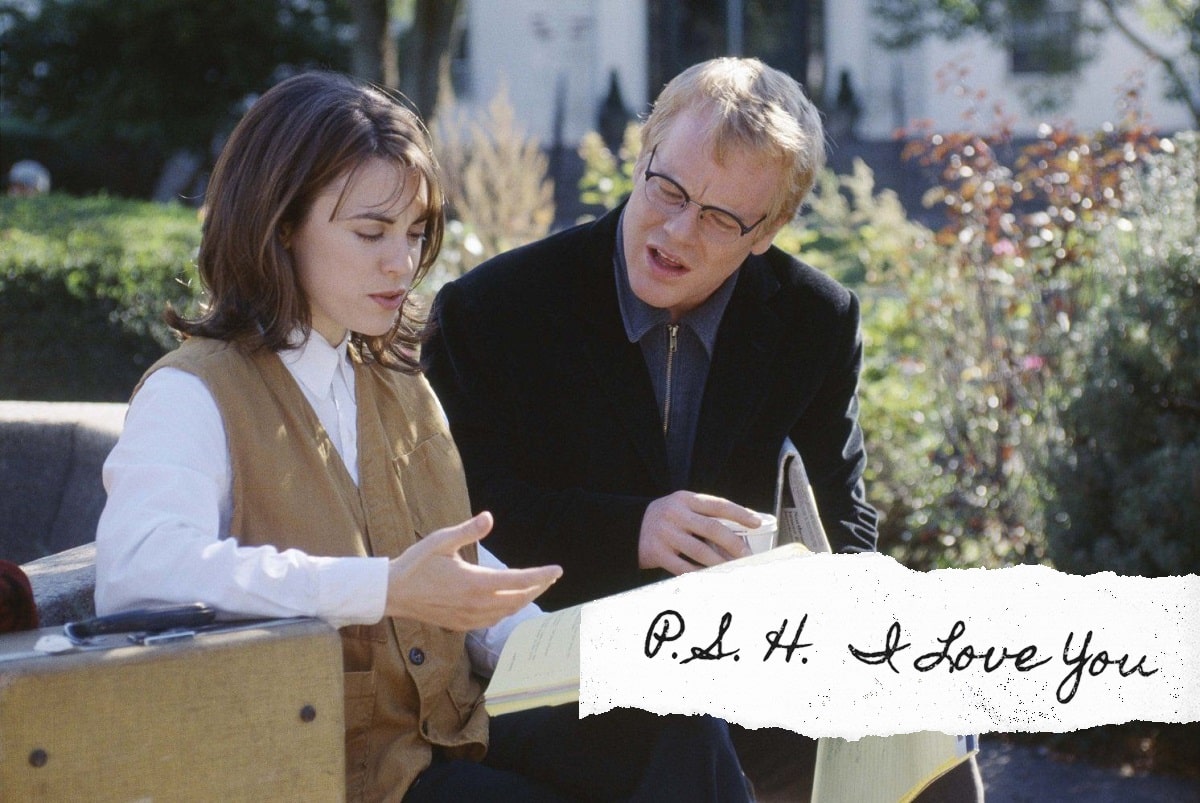 In David Mamet’s State and Main, Philip Seymour Hoffman plays a breath of fresh air. He’s surrounded by scumbags, of course: this is a Mamet movie, though not a particularly good one. A playwright-turned-screenwriter, Joe White (Hoffman) might not survive his first film production. His period piece – well, the period piece that began as his script “The Old Mill” – needs a new location. Back in the town in which they were meant to shoot, the lead actor slept with an underage girl.

Things are going south, fast; cast and crew go west to the small town of Waterford, Vermont, which they hope to quickly colonize for their colonial production. “It’s about purity,” Joe keeps saying of his story, but it’s being made by an impure industry. The director, Walt Price (William H. Macy) is happy to leave the artistry to anyone else, his hands full with his stars, pedophile Bob Barrenger (a pitch-perfect Alec Baldwin), and newly-religious lead actress Claire Wellesley (Sarah Jessica Parker). Running out of money, the director decides to cut the titular old mill.

As you’d expect, this presents a problem for White, who bumbles around searching for inspiration. Thankfully, he bumps into another talented writer, Waterford local Ann. She’s played by Rebecca Pidgeon, Mamet’s spouse – the writer/director essentially sends his on-screen surrogate into the arms of his real world wife. Their relationship presents an anomaly for two reasons: it’s the rare instance here where Mamet’s “clever” blurring of the lines between reality and artifice actually works, their scenes together the only times State and Main is allowed to be warm and sweet.

Because the rest is despicable – and frequently misguided. This is almost two hours of movie biz inside baseball, chalk full of grinding gears and amoral executives. A few years later, Entourage would do similar “satire,” pretending to poke fun at sexist producers and disgusting agents without ever really holding anyone accountable. Sure, we’re not supposed to like the men who manipulate Parker’s Claire and protect Baldwin’s Bobby, but we’re not supposed to hate them either. They’re just doing their jobs! And their job is to make movies, and you like movies! Who cares who gets hurt along the way?

Mulholland Dr. this is not. It’s shockingly toothless stuff from the man behind Glengarry Glen Ross – nothing cuts as deep as it should. Mamet equates the movie people with the Waterfordians, from the power-hungry Doug (a young Clark Gregg) to the quietly corrupt town doctor (Michael Higgins). These are rotten apples next to oranges: even at their worst, no one of Mamet’s quaint New England is perpetrating the level of abuse the fictional folks behind the camera are carrying out (which itself is nothing next to the actual abuse people in Hollywood were committing at the time).

Mamet’s mise-en-scene is also stiff as a board. The score, from composer Theodore Shapiro, feels far too upbeat for the shouting matches and snappy dialogue. The abrupt swerves into surrealism aren’t earned, and there’s nothing distinct about this town we’re trapped in. For a film about the process of filmmaking, you’d think Mamet would, you know, put some thought into his filmmaking. State and Main isn’t quite stuck on a stage, but it doesn’t feel like it’s made it all the way to the screen, either.

It’s shockingly toothless stuff from the man behind Glengarry Glen Ross – nothing cuts as deep as it should.

At least there’s Philip Seymour Hoffman. His Joe has this immediate soft sensitivity that’s instantly endearing. As he should, Joe sticks out among the agents, producers and bad actors – you hope, maybe hopelessly, that he won’t wind up corrupted by the powerful people around him. Hoffman infuses the character with an old-fashioned, clumsy chivalry – he seems so young and unsure of himself (especially compared to the performance I wrote about last week). At the same time, he doesn’t seem completely out of place next to the rougher figures – as in a lot of his best work, Hoffman both fits into the texture of the film while outdoing the rest of the cast.

But this isn’t just Joe’s story, it’s an ensemble comedy pretending it’s not a tragedy. At least Mank is built around a single individual and doesn’t try to convince you it’s set in a just universe. I’m left lamenting the film – or the play – David Mamet and Philip Seymour Hoffman could’ve made together. The pair only worked together once and frankly, I think Mamet should’ve made him something meatier than a tame representation of himself. A breath of fresh air only goes so far when everything else stinks.

Oh, one more thing! It’s the final P.S.H. I Love You of 2020, and I just wanted to thank everyone who’s read and supported this column! Writing these essays has been one of the year’s few joys, and I’m really looking forward to finishing this project over the first half of next year. I can’t wait to finally break down his collaborations with Paul Thomas Anderson. Thanks again.