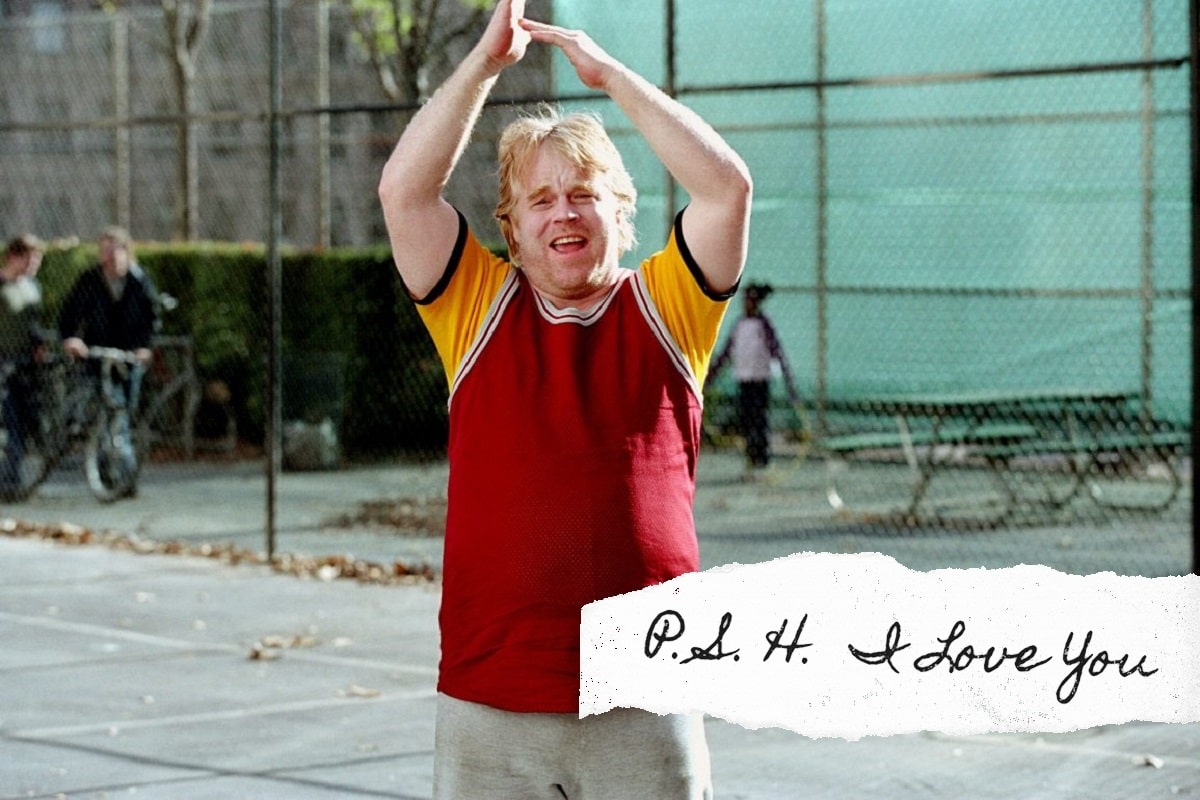 Splat! In the first sixty seconds of Along Came Polly, Philip Seymour Hoffman eats pavement. Make that wax: his character, the self-absorbed Sandy Lyle, slips on the dance-floor of his best friend’s wedding, tumbling to the ground in classic slapstick fashion. Hoffman does a great drop, instantly putting a smile on my face – a smile that (unlike the actor) would rarely fall for the remainder of the runtime.

Said best friend is Ruben (Ben Stiller), and today’s his big day. Everything’s going according to plan – as usual. A professional “risk assessment analyst,” Ruben’s marrying Lisa (Debra Messing), and he’s already bought them a house in the suburbs. Stiller plays peak neurotic to perfection: indeed, Ruben’s the type of uptight you can’t help feeling a little sorry for.

Almost as soon as he and Lisa arrive on their honeymoon, she sleeps with another man. This inciting incident is a little lazy and underwritten, but something needs to get this rom-com rolling. Ruben shambles back to New York, where his mother has already informed his entire office that his wife cheated on him less than a week into their marriage. If you couldn’t tell from the protagonist named “Ruben,” this whole thing is very Jewish.

Sandy quickly offers to help Ruben get back out there, escorting him to an artsy party downtown. In a slew of inspired choices, Hoffman rocks a mullet as he plays a washed-up child actor, currently co-starring in a community theater production of Jesus Christ Superstar. Sandy’s also regularly flanked pair of camera guys (actually pre-fame Kevin Hart and Judah Friedlander) because he’s paying them to shoot a documentary about him.

Ruben happens to run into Polly (Jennifer Aniston), a cocktail waitress whose “act first, plan later” mentality challenges Stiller’s working stiff. The film’s frequent slapstick, combined with Aniston’s performance as a headstrong, Hepburn-esque co-lead, make Along Came Polly feel like a bit like a golden-age screwball comedy; writer/director John Hamburg clearly likes Bringing Up Baby. With only a PG-13 rating, Polly stands out from its aughts peers: there are still plenty of poop jokes, but it’s nowhere near as gross as your average Judd Apatow movie from the same era.

The film also boasts a welcome efficiency. Its hour-and-a-half breezes by. There’s a subplot around Ruben trying to sell life insurance to a risk-taking billionaire (an excuse for more slapstick). Later, Lisa re-enters the picture (of course she does). Ben Stiller does a lot of salsa dancing in the middle. Not many of the gags make a lasting impression – it’s all more entertaining than memorable.

“Let it rain!” But Hoffman’s commitment to his part is honestly staggering. He goes so hard for this supporting role in a 2004 studio comedy. Maybe P.S.H. was having fun stepping into the shoes of an “actor” so out of touch with themselves – Sandy’s approach to being a performer seems ideologically opposite Hoffman’s. Maybe I’m overthinking it and Hoffman just wanted to show off that he still had the ability to be silly as he was taking on a lot of serious work. Regardless, whether he’s missing shot after shot on the basketball court or moaning about how horny he is in a crowded elevator, Hoffman’s hilarious.

He’d played a character like this before: back in my piece on Twister, I wrote “if only we could all commit to the silly way Philip Seymour Hoffman commits to Dusty.” Dialing up the energy even more in every scene, Hoffman sells jokes that even a purely comedic actor would struggle with. That party scene ends when Sandy quietly confesses “dude, I just sharted.” Thanks to Hoffman’s awkward delivery, this kindergarten humor made me laugh. Eat your heart out, Jack Black.

There are aspects of Along Came Polly that haven’t aged particularly well, like the way characters refer to “ethnic restaurants.” Alec Baldwin is very bad in his small role as Ruben’s boss. Stiller and Aniston have both starred in better movies – there are a million reasons this is not a perfect work of art. Still, between its tight construction and Hoffman’s performance, if you’re looking for a low-key movie night, pick Polly. His work alone should be enough to stop it from slipping into obscurity.