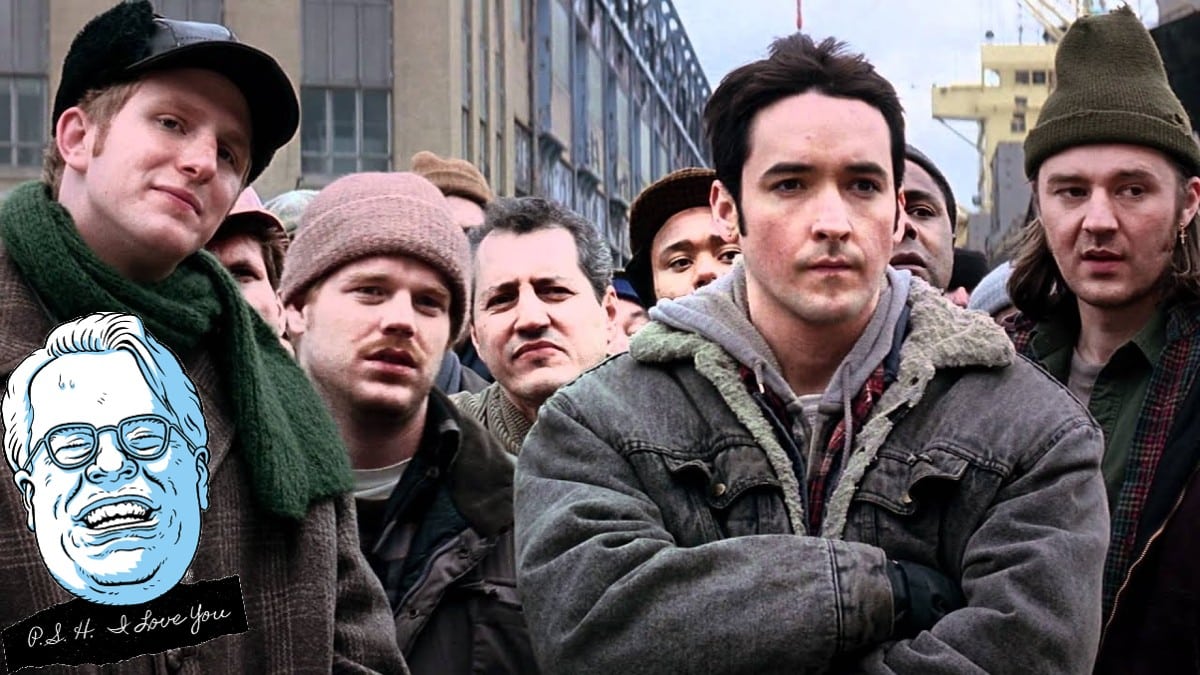 If I told you that thirty years ago, 1.2 million dollars literally fell out of an armored truck, would you believe me? To be clear, this money wasn’t stolen – at least, not initially. A Purolator Armored Services truck – carrying an enormous quantity of cash from the Federal Reserve Bank of Philadelphia – suffered an “equipment malfunction,” leaving 1.2 million dollars lying on the side of the road in South Philly. As 1993’s Money For Nothing will tell you, this cash was quickly discovered by Joey Coyle (John Cusack), an out-of-work twenty-something. What does one do next?

Alas, right out the gate, Money flubs the money; co-writer and director Ramon Menendez fails to sell the wildly implausible set-up. Sure, we know these events are based on a true story – a rough pothole really did send 1.2 million dollars bursting through the locked doors of a 27-ton vehicle – but the atmosphere and camerawork make this sequence seem artificial and impossible. Then again, Joey can’t believe it either. He refuses to return the money, certain he can turn this dream come true into a lifelong reality as a rich man.

Obviously, he’ll quickly get caught. Yet in the process, Cusack’s performance as the scrappy protagonist really grew on me. His constant, desperate faith that he’ll be able to convert this cash into a profitable future becomes quite compelling. As the search to recover the money escalates into a citywide manhunt, Coyle finds himself increasingly in over his head; Cusack shows how Joey’s awareness of his dire circumstances only causes him to double down on his bad decisions. While he can’t quite convey just how unhinged Coyle has gotten by the third act, it’s a strong central turn that makes a misguided subject sympathetic.

Cusack is also surrounded by a shockingly superb supporting cast. This includes James Gandolfini as Joey’s older brother and boss, Michael Rapaport as his clear-eyed best friend, Benicio del Toro as the small-time bookie he links up with to find a fence, and Philip Seymour Hoffman as Cochran, Joey’s only friend smart enough to figure out that he must have the money. Everyone here does their best with what they’re given, and Hoffman absolutely owns his small, skeevy part.

When Coyle starts flaunting hundred-dollar-bills at the local watering hole, Cochran can’t help putting two-and-two together, dismantling Joey’s story about winning big at a horse race, then extracting some hush money from his friend. Hoffman doesn’t have much screen-time, but like Cusack he’s able to get us to see his character as someone with nothing who could really use this score. What’s a little blackmail between friends? Unlike most of his early roles, Hoffman isn’t stuck in a comic bit part here, and his serious turn pays off.

Overall, I couldn’t help but think of Montana, another forgotten P.S.H. movie with a terrific cast that almost comes together. The problem here is that Menendez keeps steering this story into slapstick, when it’s really quite tragic. Pretty much all the people in this picture know that this is the only time they’ll ever see this much money, no matter how hard they work. Coyle has been cosmically, accidentally handed the same immense wealth that a few are lucky enough to be born into, only for us to watch it get ripped away from him.

Cochran – and Hoffman’s performance – conveys the same idea: he’s angling for a piece of the pie that he was never given, but probably deserves a little more of. A braver movie might have drawn greater attention to this uncomfortable tension – Joey doesn’t give the money back because he has a legitimate chip on his shoulder. Clumsy direction aside, at least Money for Nothing understands how easy it is to see that Joey Coyle is no villain.

Money for Nothing Trailer: