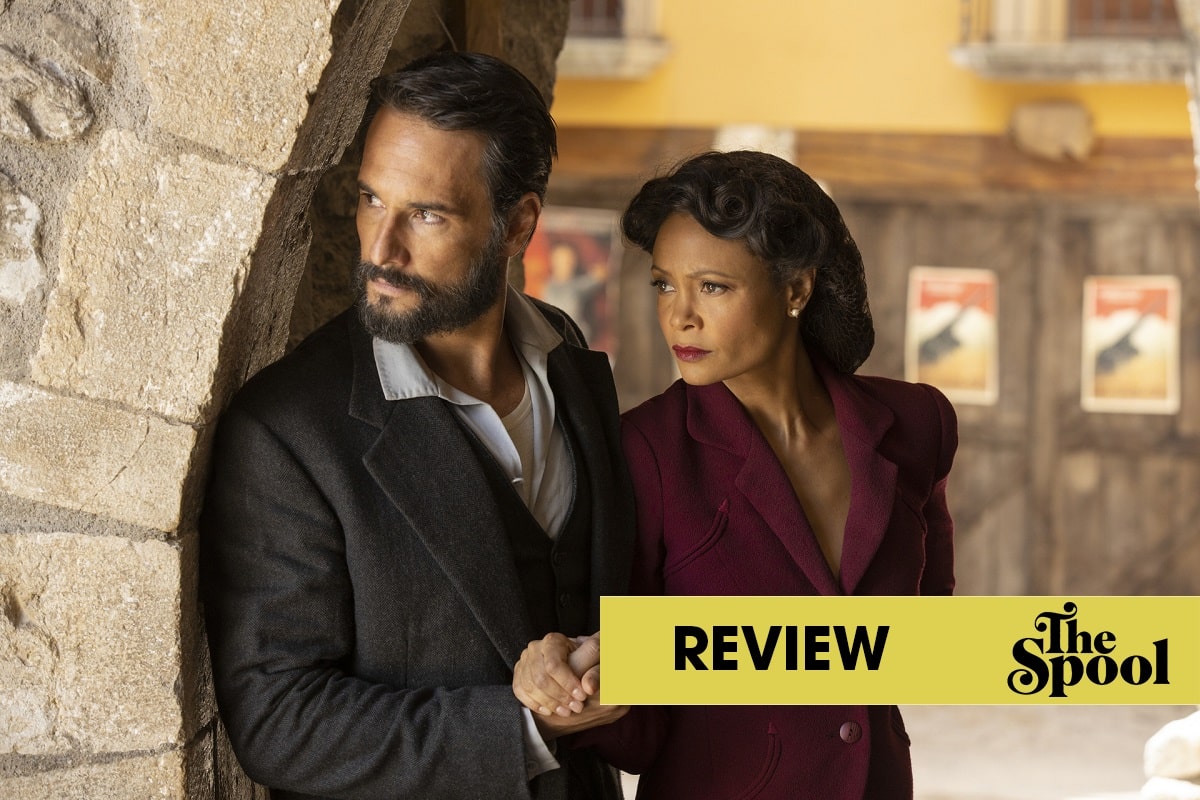 The show returns to the parks, and catches up with Maeve as the show churns its way back to a strange sense of normalcy.

One of the biggest shifts for the audience ofWestworld season 3 has been getting used to a show about robot cowboys that no longer needs robot cowboys. Last week’s premiere, for instance, spent zero time in the parks themselves, in favor of a modern-cyberpunk thriller that, apart from our established characters, might as well be an entirely different robot show. It’s all very ponderous and self-serious and so-called “badass”. But with episode 2, “The Winter Line,” we get some of that old Westworld spark back, especially now that Maeve (Thandie Newton) is back.

When last we saw her in season 2, she’d been killed in her last-ditch attempt to get the rest of the hosts to robot heaven. But as the teaser for the premiere showed us, Maeve’s back, baby, and this time she’s in a new segment of the parks: Warworld, a melodramatic WWII pulp story set apparently in a Nazi-occupied village in Italy. Maeve being Maeve, she immediately disrupts the narrative (having been fully awakened to the nature of her reality and given host-controlling powers) and runs off with a dashing clone of Hector (Rodrigo Santoro) designed to pull off a harrowing rescue.

Turns out (or so we think) that Lee Sizemore (Simon Quartermain), Westworld’s narrative writer whom we also saw dead at the end of season 2, is alive, albeit with a bit of a limp, and has revived Maeve in Warworld. He’s still on her side, though, and Warworld turns out to be the park closest to The Forge — the facility that contains the Valley Beyond, where most of the host consciousnesses fled to at the end of season 2 — and they can get there together.

But in classic Westworld form, we soon discover that not even this layer of reality is real: Maeve’s just in a simulation inside a simulation (whoa), and the Sizemore she sees is just a simulated guide modeled after the real (dead) man. Even so, she manages to give escaping from the Delos facility the old college try, in the form of a maintenance drone whose body she occupies; it doesn’t work, but the sequence itself is an appropriately melancholy portrait of the show’s struggle in microcosm — an artificial being running for freedom, cut down by the humans who want to control them.

And yet, Maeve finds herself wrapped up in a higher narrative purpose than finding her daughter again, as she’s sent for a face to face meeting with rich Frenchman Serac (Vincent Cassel), who understands that a robot uprising is coming, and thinks Maeve’s powers and resourcefulness make her the only host powerful enough to stop Dolores (Evan Rachel Wood). Just when she thinks she’s in control of the board, Maeve is just thrown into yet another pawn for someone else’s narrative (though don’t sweat her survival: apparently there are betting odds on who dies next, but Maeve looks like she should be safe for the time being).

Maeve’s not the only host pitted against Dolores, though, as Bernard (Jeffrey Wright), returning to the ruins of Westworld, seeks out The Forge in his own search for purpose. There, he finds Westworld security chief (and everyone’s favorite Hemsworth) Ashley Stubbs (Luke Hemsworth), who’s *gasp* been a host the whole time!

Just when she thinks she’s in control of the board, Maeve is just thrown into yet another pawn for someone else’s narrative.

Repairing Stubbs after a botched suicide attempt and awakening his memory, Bernard quickly sets off (with Stubbs in tow, like a loyal, gun-toting puppy dog) to investigate the Westworld facilities further. There, they find a control unit-less Maeve (which, well, we know where she is now), as well as several flashes of information hidden deep in Bernard’s memory: Dolores scanning Liam Dempsey Jr.’s information at The Forge, Charlotte taking a pearl, and more.

At this point in Westworld‘s third season, we’re still catching up to all of these characters and the new status quo — the chess pieces are still being positioned, and there are plenty of moves left to make. But at least with these first two episodes, we know where most of our major players stand, and that Dolores/Maeve/Bernard are locked in a struggle for the fate of human- and robot-kind. We’ll just have to see how the supporting human characters, from Serac to Caleb to Liam, affect the landscape: after all, there are basically more robots than humans left in the story of Westworld. If we look outside the auspices of Delos’ greedy executives and the cruel nouveau riche who abuse hosts in the parks, will we find salvation for humankind? And will Dolores see it before it’s too late? 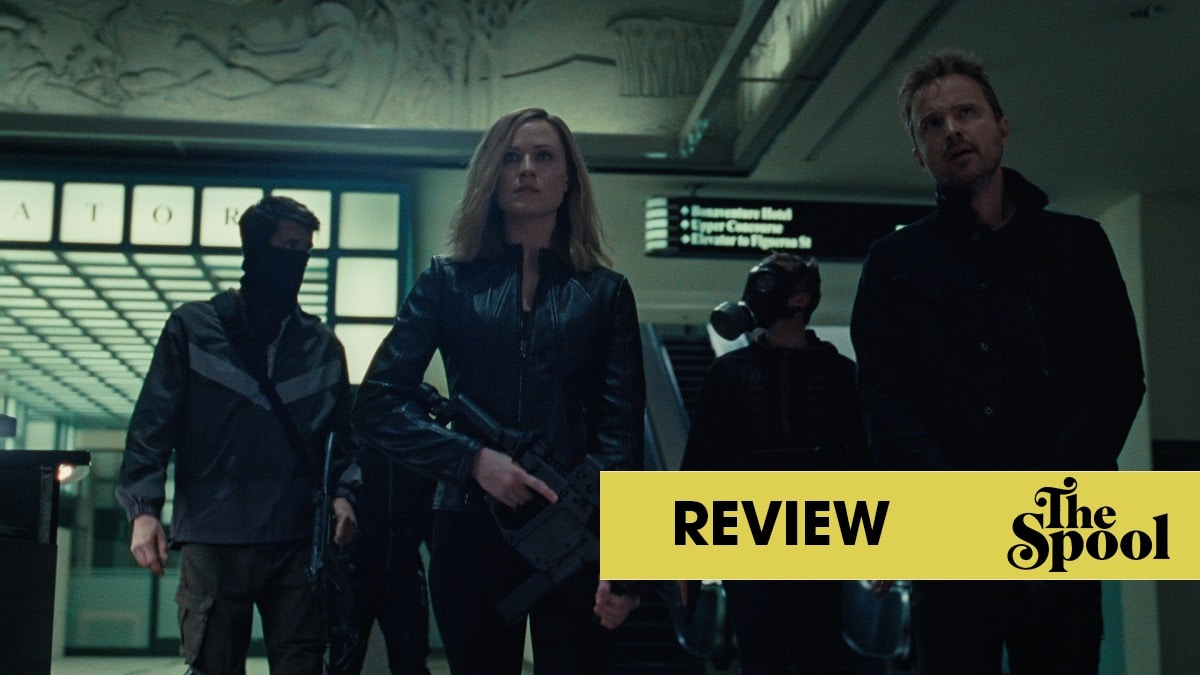 “Westworld” season 3 finale questions the nature of its programming

Season 3 finally comes to a shuddering halt, bogged down in the same plotting problems it spent all season fleeing from. Westworld season 3 was.. 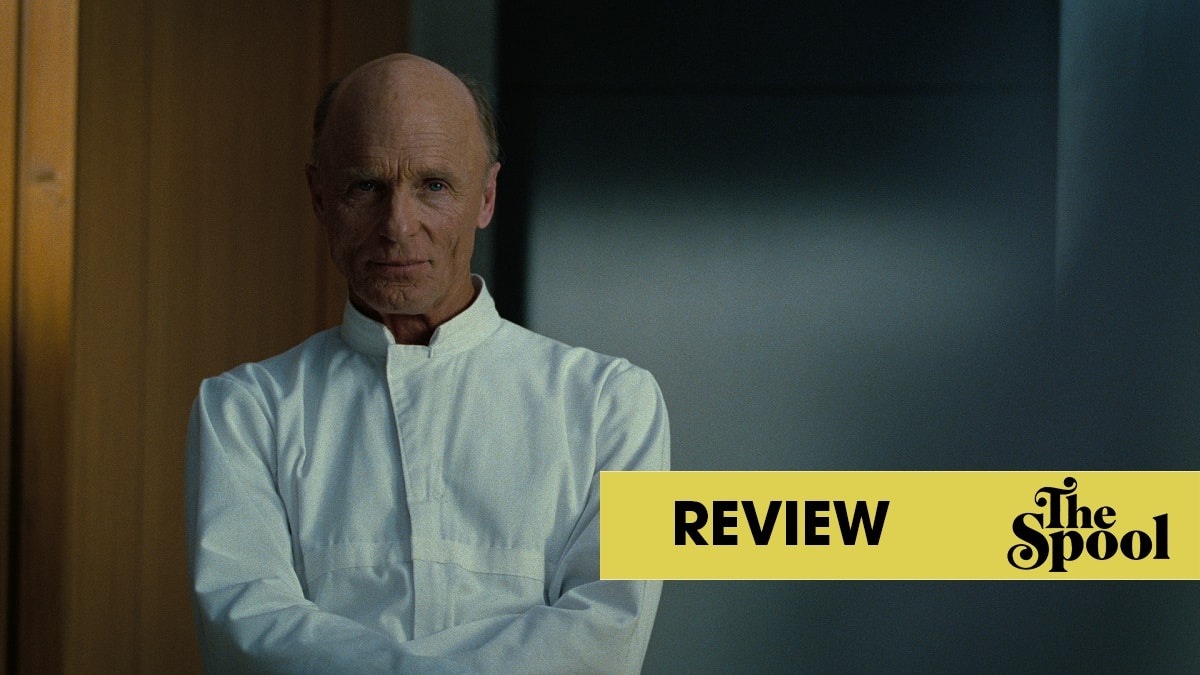 Lines in the sand are drawn (or deepened) as the world crumbles around our heroes. 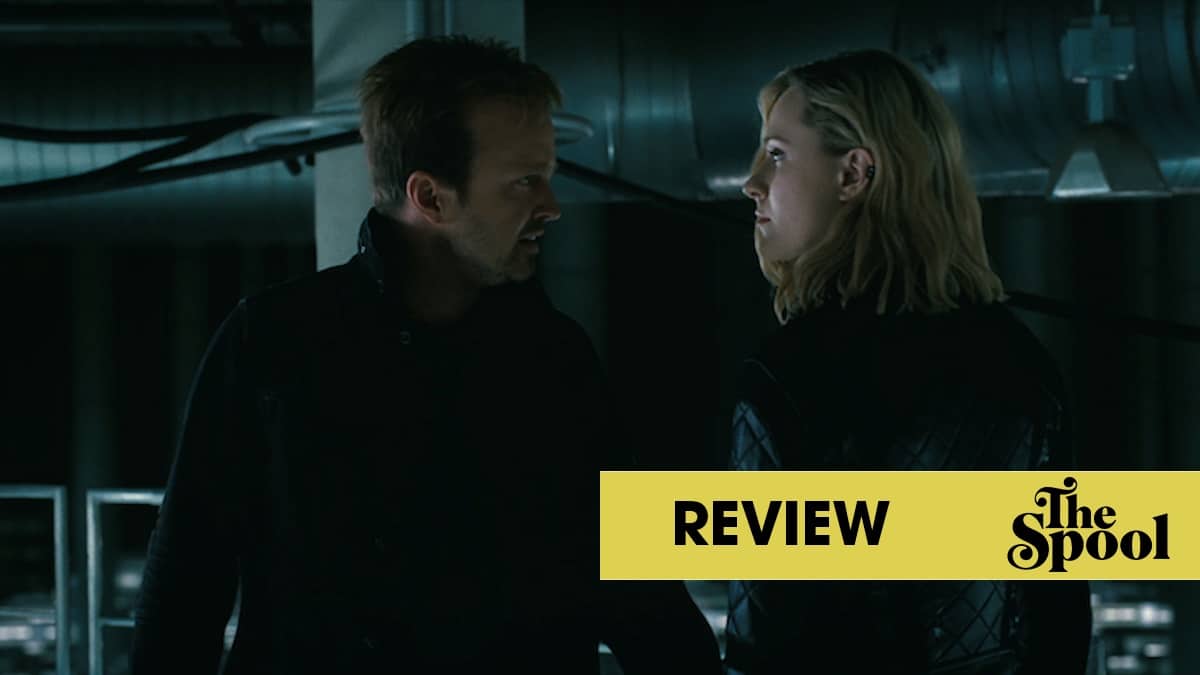 Caleb learns the nature of his reality and graduates to the top of the food chain as the season draws to a close.