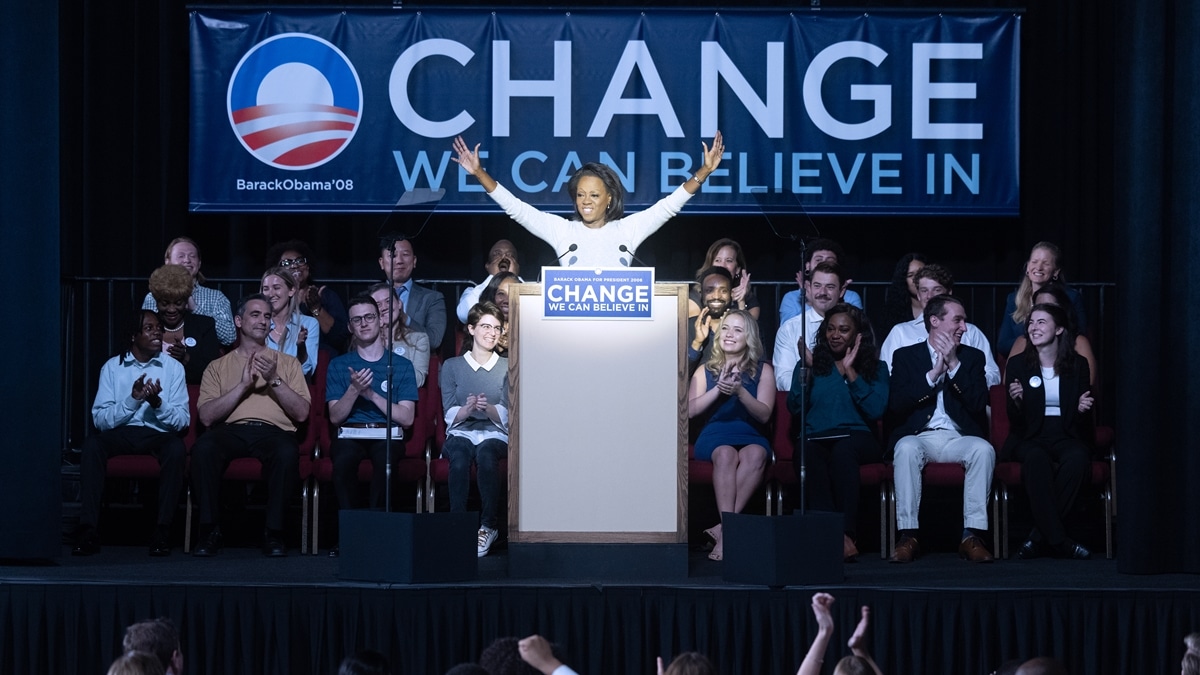 Showtime’s new series The First Lady takes us (mostly) inside the inner lives of three of America’s most groundbreaking first ladies, with decidedly mixed results. The meticulously recreated sets, flawless costuming, and award-winning talent are no substitute for an in-depth and well-told story. Sadly, that’s truly the only thing lacking in the 10-episode series. Viola Davis, Michelle Pfeiffer, and Gillian Anderson star as Michelle Obama, Betty Ford, and Eleanor Roosevelt – three First Ladies who still fascinate the American public. With such powerhouse actors on set, it’s a shame that the series is a jumbled collection of moments that barely glance upon what makes these women so special.

We, the audience, never truly get a sense of Eleanor Roosevelt’s isolation or what drove her to work so relentlessly. Instead, the show boils down one of the most fascinating and selfless First Ladies in American history to a power-hungry hausfrau whose own ambitions revolve around her husband’s successes. Then they stick Anderson with terrible prosthetic teeth on top of it.

While Davis puts in an admirable performance, those who watched 2021’s docu-biopic Becoming got a fuller picture of Obama’s life. All the important beats are hit, but in a way that robs the emotional notes of depth. For instance, we see Michelle as a young attorney, sitting in an ER with her ailing father. Becoming told us that this was a pivotal point in Mrs. Obama’s life, yet the next scene takes place months after her father’s death, an event that barely warrants a mention. It’s a disservice to a person whose presence–and absence–was so pivotal in the young Michelle Robinson’s life.

Of the three women portrayed, Betty Ford gets the most nuance. Betty is out of her depth, lonely, and frustrated when her husband is made de facto president in 1974. Betty is also defiant, standing up to the likes of Dick Cheney (Rhys Wakefield) and Donald Rumsfeld (Derek Cecil). Fun fact: If you thought it impossible to hate Cheney and Rumsfeld more, First Lady will prove you wrong.

Pfeiffer’s portrayal of the spitfire Betty Ford shines in this series, both for her outspoken support of the causes she believed in and for her openness with the American public about her breast cancer and struggles with alcoholism. Most telling, Betty Ford is the First Lady whose story is most disconnected from her Presidental husband. We see Gerald Ford (Aaron Eckhart, with Jake Picking reminding us of the existence of young hunk Ford) in glances. However, Betty is left to her own devices more often than not.

With such powerhouse actors on set, it’s a shame that the series is a jumbled collection of moments that barely glance upon what makes these women so special.

Interestingly, Betty–especially when compared to Mmes Roosevelt and Obama–is the First Lady who is least attached to the role. She was thrust reluctantly into the role by Nixon’s resignation. As a result, she’s the only one of the three women to arrive in the East Wing with no agenda. Her struggles strike a different cord than the power playing both Roosevelt and Obama endure.

Perhaps the most disappointing aspect of The First Lady is how much of it focuses on the Presidental husbands, the unexpected strains that the time in office puts on a relationship. Not to say that Keifer Sutherland and O-T Fagbenle don’t do a fine job as Presidents FDR and Obama, but for a show supposedly focusing on the First Lady, it sure spends a lot of time making sure we see the inner workings of their marriages. Lingering on Eleanor’s disappointment in Franklin’s philandering, Michelle’s understandable frustration at her busy life and career’s disruption feels like the writers taking potshots cribbed from the First Ladies’ Wikipedia pages. If there is a second season of The First Lady, I implore the writers to dig deeper and tell us something we don’t already know.

The First Lady arrives at the East Wing, and on Showtime, on April 17.