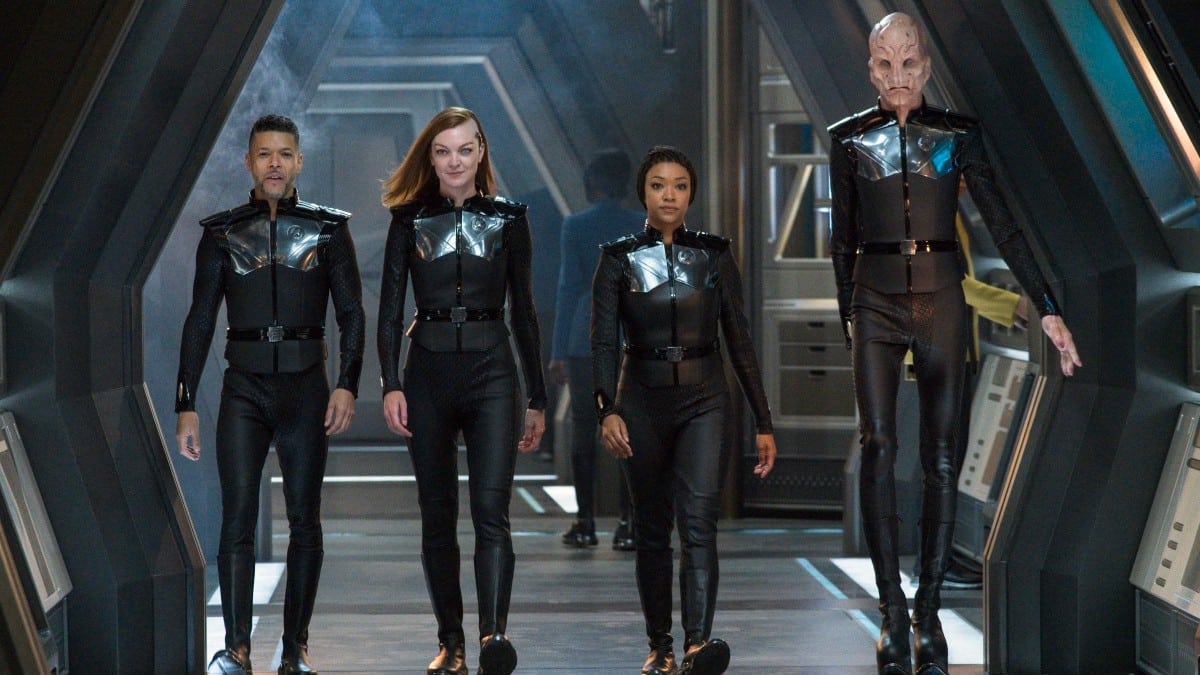 It’s amazing how invigorating a good old-fashioned away mission can be. For many years, they were the lifeblood of Star Trek. Each new episode meant a fresh locale with a mystery to explore. Even as Discovery leans into serialization and season-length arcs, those familiar rhythms still fit like a glove.

In “Rosetta”, the team of Michael Burnham (Sonequa Martin-Green), Mr. Saru (Doug Jones), Dr. Culber (Wilson Cruz), and Lt. Commander Detmer (Emily Coutts) venture to the devastated and abandoned homeworld of Unknown Species 10-C. Their mission is to learn more about this mysterious race, in the hopes of finding something that will ease first contact.

The back-to-basics approach suits Discovery’s aims. Traveling to an unknown planet spurs our heroes to slip into the roles of, as Commander Ransom once put it, “Those Old Scientists.” Searching the planet for clues turns Burnham and company into explorers and archeologists as they delve into the unknown. The threat of the DMA adds certain pressures and a ticking clock to the mission. But at its core, this is a chance for the team to expand their knowledge, in the hopes of making communication and connection easier, and maybe even learn something about themselves in the process. There’s nothing more traditionally Trek-y than that.

What they find, though, is decidedly un-Trek-y. While Michael and the away team uncover the remnants of what appears to be Species 10-C’s civilization after a cataclysmic event, the fossils are unlike anything they’ve ever seen. The bones are gigantic but lack density, suggesting a gargantuan race who once floated through the mists of a now-dead gas giant. The species they’re investigating seems genuinely alien.

That choice is refreshing, especially for an intelligent race meant to seem so far removed from our own. Due to time and budget limitations, most Star Trek species historically amounted to humanoids with an assortment of funky prosthetics and hairdos. There are exceptions: Lt. Arex in The Animated Series, Species 8472 on Voyager, and even Discovery’s own Ba’ul. But for understandable reasons, most aliens in the franchise are bipedal make-up jobs that can be played by regular human performers. In that long shadow, the suggestion of aliens so different in size and physiology is exciting.

It ought to be just as exciting to watch Cleveland Booker (David Ajala) and Ruon Tarka (Shawn Doyle) sneak aboard the Discovery so they can blind the ship’s sensors. The ruse is necessary for Book’s ship to hitch a ride into the unknown species’ extra-galactic blob. Alas, contrary to last week’s outing, which deepened Tarka as a character and heightened his motivation, this week’s subplot plays like a bout of superficial piece-moving before the season’s endgame.

For Book’s part, he finds a sympathetic ear in General Ndoye (Phumzile Sitole) of the United Earth Defense Force. She voted to destroy the DMA rather than make contact in the original vote and argues that Burnham’s fact-finding mission is a waste of precious time. There’s a natural fit when Book decides to reach out to her in the hopes of garnering some unofficial support from one of the world leaders aboard Discovery.

But at the same time, the way she turns a knife on him and has one of those generic action movie conversations does nothing for the effort. The contours of their eventual agreement are vague enough that the show can largely fill the details in later. And the whole thing’s simply too easy, right down to Book being able to conveniently spy on other dignitaries just as they state pertinent information, and even pine for/stalk Burnham in the process.

Even as Discovery leans into serialization and season-length arcs, those familiar rhythms still fit like a glove.

Tarka’s routine is slightly more interesting if only because he crosses paths with Jett Reno (Tig Notaro). Her dry sarcastic edge is welcome, even if it’s used more to help Adira in side stories than to actually advance the main plot here. That changes, though, when she finds Tarka’s hiding spot, and he takes her hostage. Making Reno a bigger part of the action is an intriguing move, but one which happens too late, as Discovery reaches its eleventh episode of the season, to feel like anything other than pre-finale table-setting.

Maybe her kidnapping will at least help with one of the season’s key problems. Book and Tarka have carried most of the B-plots of late, and there are only so many places to go with the duo. In Burnham’s half of the show, she can interact with Saru or President Rillak or Admiral Vance, or any number of other foils and counterparts who keep things varied and interesting. But Book and Tarka spend most of their time together, and their dynamic hasn’t really changed. So their half offers the same flavor of interaction over and over again, to diminishing returns.

It certainly doesn’t compare to the back-and-forth in the A-story. As the members of the away team look for evidence to help them better understand Unknown Species 10-C, they begin to suffer vivid hallucinations and an acute sense of fear. The impressionistic depiction of their distress is well done. “Rosetta” utilizes POV shots, introduces jarring sounds and musical stings, and juxtaposes the afflicted crewmembers’ experiences with the way their unaffected counterparts perceive the environment, to drive home the sharpness of the difference.

It’s a good, meat-and-potatoes challenge for the away team to overcome. The crisis requires Burnham, Saru, and Dr. Culber — who are all impacted by this intermittent terror — to figure out what distinguishes them from Detmer, who’s otherwise fine. There’s something so heartening about seeing the crew in problem-solving mode, reasoning through the issue, and persevering despite an emotional disturbance to reach the right answer.

It turns out that the hydrocarbon-filled dust the group encountered early in the mission is some type of alien pheromone. “Rosetta” comes up with solid reasons why it would affect some but not others, and why the particles penetrated their EV suits in the first place. The explanation, founded on who made contact with the unfamiliar material, is simple, but plausible, which is a refreshing change.

Beyond the nuts and bolts science of it, the trip’s notable for the emotional effect it has on the characters, even after the space dust has worn off. In addition to the fear trigger, the group comes into contact with a different set of particles that evoke a sense of parental love. The effect of both is powerful. Forcing Saru to grapple with his fear response for the first time since he shed his ganglia, or prompting Culber to reach for an extra moment of peace when he’s otherwise “not okay”, or making Detmer buckle at a feeling she’s never experienced before given her complicated relationship with her father adds a personal dimension to all the science fiction at play.

In truth, Discovery can still turn into Star Trek: Group Therapy a little too easily. But it’s also wholesome to watch the crewmembers help one another through these extreme or elusive emotions despite, and because of, the difficult circumstances.

Beyond the nuts and bolts science of it, the trip’s notable for the emotional effect it has on the characters, even after the space dust has worn off.

Those emotions are the first step toward bridging the gap between the Federation and Unknown Species 10-C. These literal dust-ups not only tell the away team that the DMA’s creators can communicate by pheromone but give them a taste of sentiments the two disparate species may nonetheless share. Existential terror, affection for your young, and potential respect for life may unite them. There’s still a great deal the crew doesn’t know about their extra-galactic attackers, but once again, Burnham chooses to learn and empathize, rather than charge in half-cocked without context or understanding.

She wouldn’t have that information, or that experience, if she didn’t choose to undertake this away mission. While there’s an extra thrill to examining a wholly unknown species from another galaxy, there’s nothing particularly special about the trip. It’s the sort of thing tons of prior Starfleet crews did on a weekly basis. There’s a reason for that, though. The chance to broaden your horizons, to face the unknown and potentially dangerous, and come back changed for the better, isn’t just a formula. It’s the strong foundation that Star Trek (and “Rosetta”) are built on. 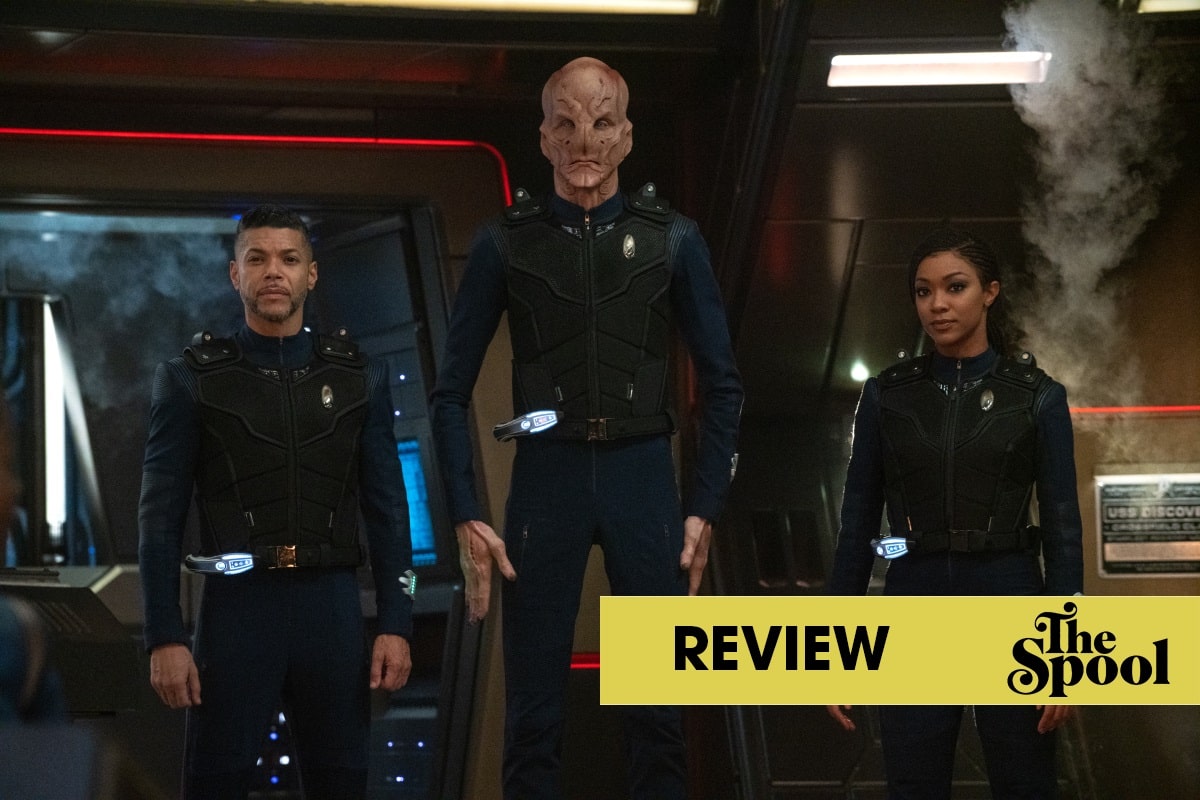 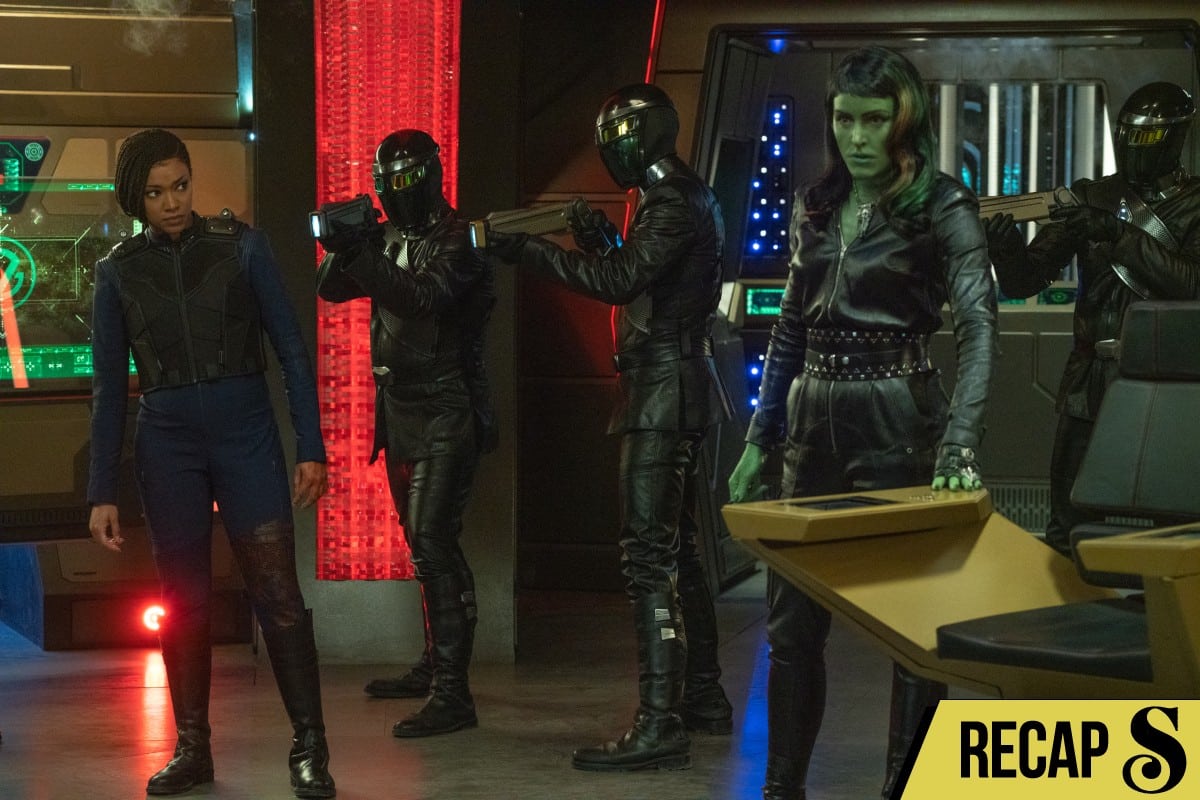 A third season filled with dramatic narrative shakeups ends in the most abrupt, contrived way possible.