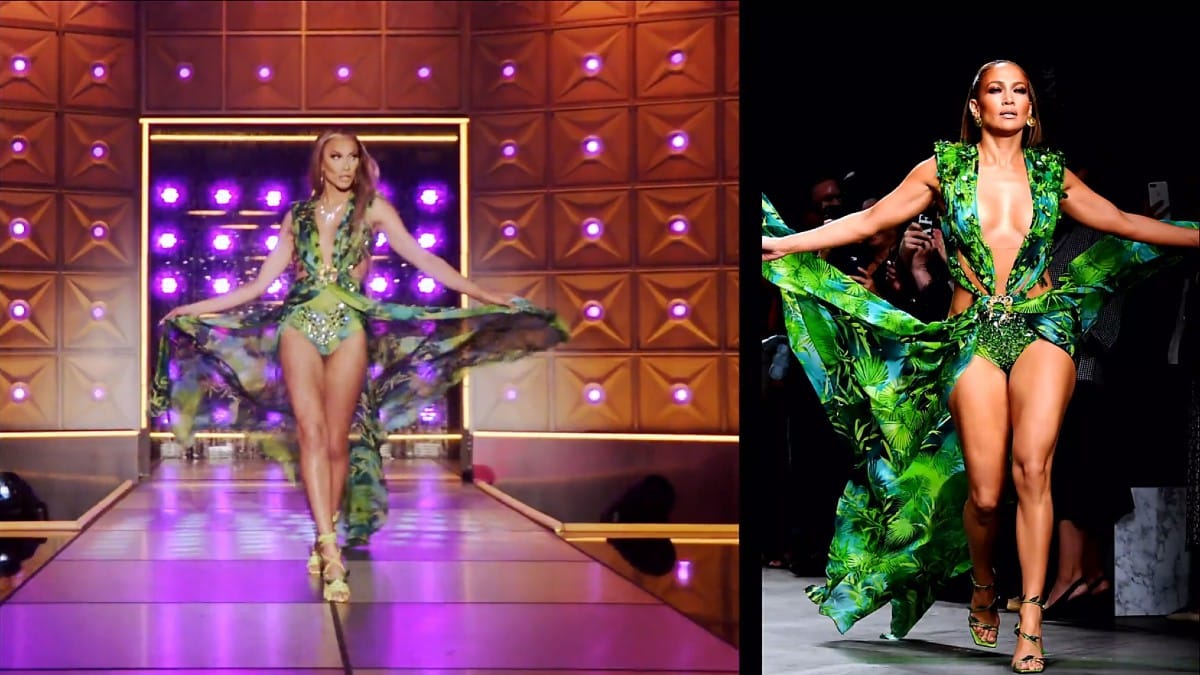 This week’s episode sits with some dicey conversations around race, drama, and the “Olympics of Drag.”

When we’re talking, are we having conversations?

This week’s episode of RuPaul’s Drag-Therapy Race opens with a tense conversation between Kornbread and Jasmine over Jasmine’s non-stop chattering. As she pours out “a lot of emotion for safe,” Jasmine never seems to let the room breathe. In seasons past when such personal confrontations arise, there are cutaways to queens acting campily uncomfortable. Those are few and far between this week, the editors making us sit with the awkwardness to an almost unbearable limit.

After a group session about how they might better listen to each other, the queens are introduced to this week’s challenge. They have to script fake workroom and untucked drama that will be edited into a super-teaser for Season 14. Since Willow and Maddy are the winner and survivor of last week, respectively, they are chosen as team captains. Though the teams are more or less chosen along premiere lines with queens gravitating towards who was in their initial seven, Jasmine’s decision to join Kornbread’s team kicks up more dust.

Our listening lesson from Miss Bread continues. Are Jasmine’s “conversations” one-sided? What does it look like to really talk with someone? While we don’t quite get to an answer before our session time is up, as the episode continues, it becomes clear that the queen having solopsistic conversations with herself isn’t Jasmine, it’s RuPaul.

It’s not that RuCorps are out of ideas, it’s that they’ve become the idea. After fourteen US seasons, we’ve finally reached the point where the queens are pre-creating fake drama for their own season as a challenge. Like — what? Unsurprisingly, each team takes the classic Rupproaches. Willow’s team will play heightened versions of themselves based on the drama they’ve already established, whereas Maddy’s team will recreate classic Drag Race moments with their own personal spin.

I don’t know if it’s a COVID precaution, but over the last couple of seasons more and more challenges have taken place in The Werk Room. This has encroached Drag Race itself further and further into the center of the gag. It’s as bizarre as it is flattening. There is now only Drag Race for content, a whole series over-mined and deflated into a one-note joke.

Dynamics are a key component of Ru’s acting challenges. The queens who succeeded this week — Willow, DeJa, and Angie thrived because they were settled in themselves and could bring different levels to their self-performance. Less relaxed queens like Kornbread, Kerri, and Alyssa were read for being stilted and not as engaging to watch.

Yet, the bottom three this week reveal interesting biases in our judges. Ever the harmful mixed message, the judges expect a certain kind of outrageous Blackness from big girls, yet also expect them to walk a respectable distance from the grotesque. In contrast, Angie, our winner this week, is never in danger of such critiques or expectations in part because she’s a thin and beautiful girl who is able to “disappear”.

There is now only Drag Race for content, a whole series over-mined and deflated into a one-note joke.

Like all thick Black queens who have come through the show, Kornbread is made hyper-visible and asked to break and reinscribe racial/racist performance histories or styles all at once. In an episode of therapy lessons, Loni Love’s moment of support and advice with Kornbread is the most touching and genuine because she shows there’s a world and future outside of those expectations.

Secondly, as we get more trans women on this show, it’s vital we all remember that dolls spend a lot of money to look gorgeous and feel (like) themselves. It’s neither easy nor helpful to tell transwomen that they need to “get ugly” because we’re more often called ugly than we are called beautiful. Kerri is not resting on pretty, she’s finally owning her body-beautiful and there’s a difference. If she feels one-dimensional, it’s because she’s found pride in herself and her body and has been making up for lost time.

And finally, once again, Ru makes it clear that Puerto Rican queens don’t really stand a chance in the “Olympics of Drag.” The “language barrier” is always going to get in the way. Like Kornbread, Alyssa plays towards an expected high-pitched hysteria that’s based on deep cultural legacies of the emotional Latina and yet is critiqued for not being able to find “the human element.” Difficult to do when you’re on a show to be more of a representative than a contestant. Puerto Rican queens continually remind us during acting challenges that English isn’t their first language and it’s so often dismissed as an excuse. Tonight is no exception.

That a Puerto Rican queen should go home in a “Night of 1,000 JLo’s” runway feels extra bitter, like the chocolate bar that comes up un-golden for Alyssa, confirming she’s to be sent packing. In her pre-recorded message for the queens (Marry Me in Theaters February 11), Ms. Lopez reminded them of her now politicized saying “Let’s Get Loud.” Loud Alyssa got, but it didn’t work out. I can’t imagine the difficulty of having to memorize and perform lines written by your peers in your second language, only to be told you didn’t bring “enough.” It requires so much unacknowledged effort and extra thought just to meet the basic participation.

I’m not saying Alyssa shouldn’t have gone home because she’s Puerto Rican, or that Kerri didn’t need to be reminded that there are more sides to her. What I wish Ru would realize during her self-help soliloquies is that her critiques, indeed the critiques of all our main judges, come with bouquets of prejudgements they have yet to throw away.

This week really showed the limits of their meRUtocracy. We’re sold an image that all queens are set equally when they walk into The Werkroom. But, it becomes increasingly visible that the criteria for what is considered “hard,” “dynamic” or “authentic” work are highly structured along racial, gender, and ethnic lines. These blinders can be overcome, but Ru will need to stop monologuing and start listening, which feels more and more unlikely. 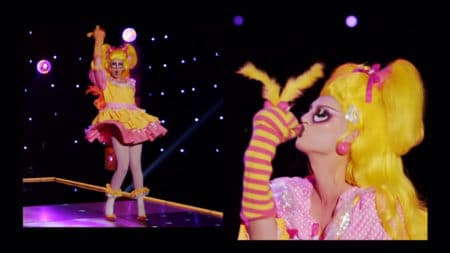 “It’s not personal, it’s Drag” gets dragged into the personal. 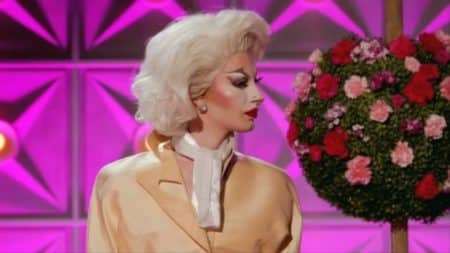 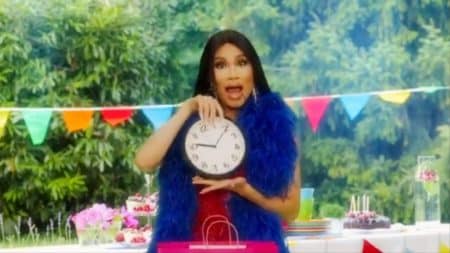