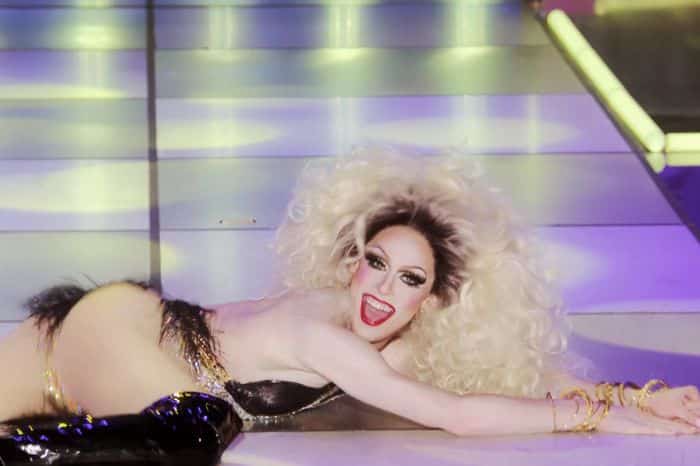 We see the other group of queens this week, and their introductions leave a lot to be desired.

Ready to begin again? RuPaul’s Drag Race Season 14 re-premieres with the second group of queens this week and we’re immediately confronted with the problems of this structure. Yes, we get to know our queens better but they have to be exciting to get to know. Since the episode follows the same structure as the first opener — with a photo mini-challenge and talent show maxi challenge, the queens needed to have talents that wow. We didn’t get much of that.

All these queens are beautiful, no question. Our “Tex Mex Latina showgirl,” Jorgeous, has higher standards of fish than Whole Foods. DeJa Sky comes in “bold and colorful” and never wavers. Jasmine Kennedie may be a “ditzy doll” but she’s got cheekbones that Barbie would kill for. And though Maddy Morphosis may describe herself as “stupid, in a good way,” but eventually she’ll show how smartly she plays with other queens.

Angeria is truly a “glamorous country bumpkin” with dazzling high drag eleganza and a down-home drawl that makes her the most enjoyable commentator of the bunch. Lady Camden enters like a “’90s [Brit] pop princess fantasy” while Daya Betty pays homage to the 1990s “grunge, punk, rock” girls. Neither really confirms if musical taste makes a personality.

The queens are immediately shoved into the shallow end of a Tic Tac kiddie pool for their mini-challenge. Nodding to the final interview with Ru and Michelle over the traditional bowl of Tic Tacs that ends every season, the queens must show how “hungry” they are by posing for photos amongst the grocery store checkout delicacy. Though some found it tacky and certainly a little unappetizing, Angeria swims away a winner with a confident photo that ticks all the boxes.

As the queens learn that their first maxi-challenge will be to perform in the second installment of the Charisma and Nerve Talent Show (CNT), this is where the episode sets itself apart from the first. Leading up to this season, there’s been much discussion online about Maddy Morphosis’ cisheterosexuality and now was the time for Ru to out her and address it directly. Maddy’s clearly experienced some hostility as a cis straight male performing in drag and seems rightly a bit nervous to have this news aired in this way, but they nonetheless give a response that shows he’s put thought into his participating in a mostly queer art form.

(He, RuPaul, and the other girls seem to be completely unaware of the long-standing British tradition of Drag/“Travesty”/Panto performers, often done by cisheterosexual men. Dame Edna is still living, possums! But I digress….)

It’s a moment that not only gives Maddy a chance to have the floor, but more importantly, it’s a chance for RuPaul to once again be the gatekeeper of global drag. As she has with transqueens, bioqueens, and queens who’ve done blackface, Ru enjoys taking the moment to anoint these unconventional drag performers as “acceptable,” “valid,” and/or “worthy,” even when it goes against what she’s said personally in the past, especially regarding trans and bio queens.

With inner saboteur properly triggered and the ghost of guest judge Alicia Keys banished from behind the mirror, our queens head to the main stage to perform their talents. After two talent show openers, I am no closer to knowing the difference between a ‘talent’ and a ‘skill,’ but that doesn’t seem to bother judges.

The queens needed to have talents that wow. We didn’t get much of that.

As discussed last week, a good talent show entry shows a sense of self and concept. Few of these queens display either or both. We have quite a few dancers in the bunch (Camden, Jorgeous, Jasmine) and they all can kick and fwap perfectly fine. Maddy tells us he’s straight and from Arkansas by playing an earnest blues song on electric guitar. Daya performs a straight routine to Pink’s “Get This Party Started” which gets little going.

Of the pack of seven, only two queens (DeJa and Angeria) do anything original. DeJa tries a comedy routine where she coaches cheerleading, while Angeria lip syncs to an original song. It’s not a great song and would probably be lost amongst the tides of queens performing their own songs, but when few other queens let their actual voices be heard, it stands out. Because of that and an intoxicating look for the Sickening Signature Drag, Angeria can now add “winner, CHECK” to her lyrics. She prances away with the win this week.

Just like their sisters in the first episode this season, emotions are already high when the girls untuck in the Werk Room. The queens continue to bond while responding to critiques and discussing how to live up to the judges’ expectations as well as their own. This inevitably turns to a tear-filled discussion of authenticity: how to live and present authentically.

The camera once again finds Maddy who offers a slightly counter-narrative to Jasmine or other queens’ journey of being ostracised and not expected to find community, fulfillment, and life. In an unsettling parroting of queer theory back to queer folks, Maddy insists that there are “many ways to be queer but only one way to be straight” and that by claiming drag as his art form, he is liberating himself and others from toxic masculinity and patriarchal standards. By the end, the queens see his being there as more revolutionary than their own.

Since Maddy will have to be outed to six more queens, I don’t think we’re done unpacking what Maddy’s cisheterosexuality means for drag and Drag Race. What we will need to be keenly aware of is how theories and language of queer liberation are being co-opted by cis straight heterosexuals to justify deregulating queer spaces for their use and pleasure. Because the bubblegum’s already starting to come untucked.

“I keep on fallin’ in and out / of love / with you” might as well be me addressing this show. Meeting new queer talent is always an exciting joy. But with episodes like this where the format and ideology flatten everything into a lock-step routine with not a lot of talent/skill diversity in the group, the queens are reduced to looking like emotional pawns who have little more to offer than the basic prerequisites of a drag queen. It’s not great television and it’s not great drag. There’s plenty of heart, but not enough action. Let’s hope bringing the queens together next week defibrillates this season. 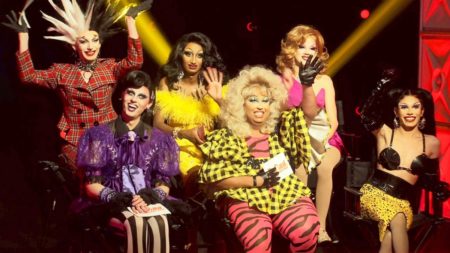 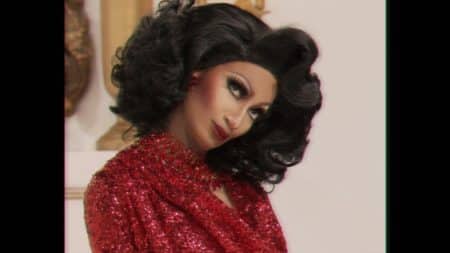 The show's post-production transforms this week’s soap opera challenge from flat to flatulent. 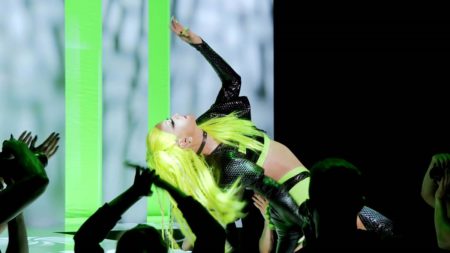