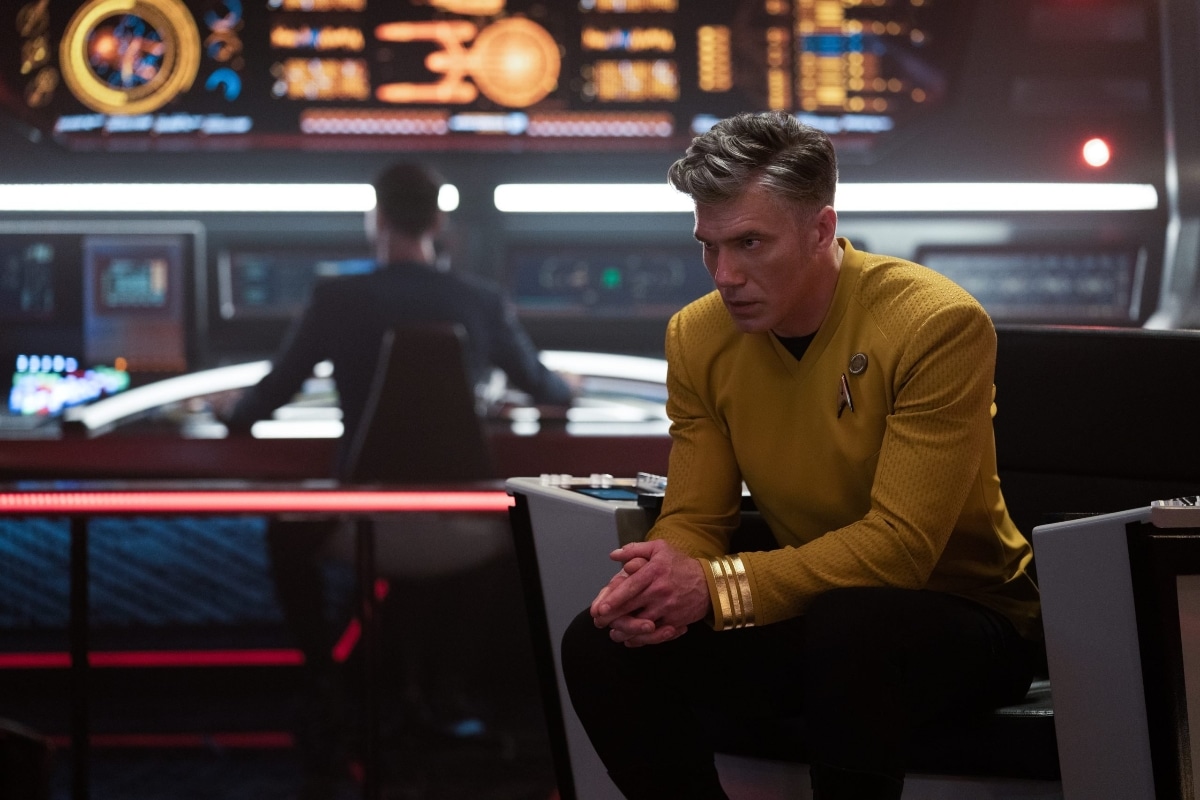 A series of close calls with the Gorn brings out the best in the crew of the Enterprise.

Start with good, but complicated people. Put them in desperate situations. Then build character based on their reactions. The formula isn’t hard. But the beauty comes in the rendition.

“Memento Mori,” the fourth episode of Strange New Worlds’ inaugural season, isn’t drastically different from countless other Star Trek stories. Starfleet vessels dodging some enemy ship by hiding within the nearest interstellar phenomena is as common as meeting a group of aliens with funky foreheads.

But this episode soars with that premise. The threat of a Gorn ship bearing down on the Enterprise, and the exigencies of taking shelter in a brown star near a black hole, creates scads of problems for our heroes to solve. La’an (Christina Chong), Pike (Anson Mount), Spock (Ethan Peck), and Ortegas (Melissa Navia) must fend off the attacking vessels and devise an escape plan. Nurse Chapel (Jess Bush) and Dr. M’Benga (Babs Olusanmokun) must treat the ensuing casualties, including their grievously injured first officer (Rebecca Romijn), without the usual medical infrastructure. And Hemmer (Bruce Horak) and Uhura (Celia Rose Gooding) must work together to prevent a malfunctioning element in the cargo bay from destroying the whole ship.

These are all standard Starfleet obstacles, but “Memento Mori” finds great success with the devil in the details. As straightforward as these problems are, the solutions are anything but. Worse yet, new wrinkles keep popping up. When it looks like Nurse Chapel saved Una’s life with the “archeological medicine” of suturing wounds by needle and thread, the sick bay starts running out of plasma. Just when it seems an injured Hemmer has successfully coached Uhura through a complicated containment procedure, another malfunction forces them to jettison the component from the airlock. Just as Pike and company manually drop a torpedo to neutralize their Gorn pursuers, three more ships emerge from the mists.

The threats du jour come with a steady sense of escalation and progress. Every Star Trek series to date has grappled with not always having enough incident to fill the time allotted. “Memento Mori” avoids that pitfall without veering into the equal and opposite trap of packing in too much too fast. Each of these new issues arises organically from the situation and poses novel but related challenges in both practical and personal terms.

The Gorn threat in particular fits the bill. Every temporary solution leads to another complication. A colony unexpectedly in need of rescue, containing a grisly trail of bodies, turns out to be a trap for the Enterprise. A gambit to park in the gravitational center of a star crunches a spindly Gorn ship, but the resulting hull damage costs Pike the life of one his crewmen. A clever fake message tricks the Gorn mothership into destroying one of its own fighters, but comes with certain emotional baggage as the behemoth still looms large. Even the grand escape at the episode’s climax — a daring black hole slingshot with dose of red shift trickery — comes off harrowing and risky, with plenty of room for the latest creative solution to go terribly awry.

In short, the whole thing feels genuinely desperate and tenuous, which is a hell of a trick. Outside of season finales and films, Trekkies can be reasonably sure that any ship called Enterprise will find its way out of each tight spot unscathed. That goes double for Strange New Worlds. While there’s room for a science fiction-y cheat, fans know that this ship and most of its crew survives long enough for Kirk to inherit it, which ought to lower both the stakes and the tension.

The fact that it doesn’t — that it’s still easy to feel your heart pumping with each dangerous maneuver and creative ploy — is a tribute to the writers, director, designers, and performers. Writers Davy Perez and Beau DeMayo manage to craft scenarios thrilling enough that how our heroes will overcome them is as interesting a question as whether they will.

To the same end, “Memento Mori” features the best direction of any Star Trek episode in the Paramount Plus era. Director Dan Liu builds sweeping shots of a skirmish in progress through the viewscreen and finds unique framings for crewmembers racing away from danger. But more static shots also feature solid composition, with lighting and blocking that underscore the peril in play.

“Memento Mori” features the best direction of any Star Trek episode in the Paramount Plus era.

Those interstellar visuals are made all the more thrilling by the superb work of the design and effects teams. The Gorn ships are appropriately menacing, asymmetrical and in constant motion in a way that makes them feel alien and unknowable. The episode’s judicious in its dogfights, but the cloudy setting and streaks of light around the black hole sell the tense atmosphere of the stand-off.

But it’s the performers who shoulder the most emotional weight, selling the magnitude of threat from their perspectives, helping viewers sympathize with their plight even when audiences can fairly guess that things will turn out alright. The bridge crew projects an air of steel on the surface but nerves underneath. Uhura’s excitement, frustration, and fear when trying to solve the cargo bay issue finds its balance with Hemmer’s prickliness, which ultimately gives way to his sage wisdom and acceptance. The courageous give and take among Una, Chapel, and M’Benga conveys the resourceful, self-sacrificing nature of these professionals, even under the most trying of circumstances.

Yet, what puts “Memento Mori” over the top isn’t just its nested problems-within-problems or the visual acumen on display. It’s the way these soul-shaking events affect the people who serve aboard the Enterprise, testing their mettle but affirming their mutual support and trust when they all need it most.

The fulcrum of that idea is La’an, who carries the most emotional baggage when it comes to the Gorn. Her status of the only survivor of one of their hunting expeditions, where her family was killed and used to feed their hatchlings, makes her the crew’s best source of intel on how to beat them. But it also means she’s the most psychologically shaken by the new threat. On top of her having to process this trauma in real time while this attack dredges it up anew, she must also balance her direct and pragmatic approach to the dangers encountered, with a need to inspire and motivate the crew through trying times.

Her partner in the former is Spock and her guide through the latter is Pike. Both make sense as figures to help her process these difficulties, while deepening their relationships at the same time. That’s particularly true for her and Spock, when the need to recover repressed memories of La’an’s experience with the Gorn leads to a mind meld. The shared internal journey spurs La’an to recall that her brother sacrificed himself to save her, something that still haunts the young lieutenant. Only she realizes that she isn’t alone in such pain, and Spock can empathize with her loss more acutely than she’d ever imagined.

The mind meld creates echoes of Spock’s parting with Michael Burnham, and it is, against all odds, quite stirring. The choice shouldn’t work as well as it does. The decision to make Discovery’s protagonist the second never-before-mentioned Spock sibling was flimsy fan service to begin with. The interactions between the two were hit and miss. And the “Let us never speak of this again” excuse for the perpetual silence about Burnham and her ship was a cheap sop.

And yet, somehow, juxtaposing Spock’s loss of the sister who sacrificed everything to ensure he survived, with La’an’s loss of the brother who did much the same, resonates and radiates throughout the episode. Storytelling is magic sometimes. With the right moment, even the cheesy and convenient can transform into something moving.

Those interstellar visuals are made all the more thrilling by the superb work of the design and effects teams.

The prime moments in “Memento Mori” don’t come in the grand clashes or daring escapes. They come when Hemmer gives Uhura his blessing and the two hold hands in the face of immense peril. They come when Una insists the last dose of plasma be used for another patient, only to wake up and see Dr. M’Benga donating his own blood to keep her alive. They come when the shared pain of Spock and La’an help Lt. Noonien-Singh begin to overcome her trauma and accept the love it’s born from.

These are the human moments, if you’ll pardon the expression, that Star Trek is built on. La’an doesn’t just recover the knowledge she needs to help give her colleagues an advantage. She allows herself to confront the past, rather than avoid it, and honor the brother who accepted his own demise so that she could live. In the wake of Captain Pike’s stirring speech that this is not their last hour, she too lifts up her crewmates with a faith in their abilities in lieu of cold probabilities. And in the closing moments, she wears a pin to signify remembrance of those lost, much like too many of her fellow crewmembers. Ultimately, La’an affirms her own past, even when it’s difficult, because such heartbreaking acts of love ensured her future.

A “Memento Mori” is a reminder of the fact of death, meant to inspire us to make the most of life. Each of our heroes confronts their end here, from the grand enemies poised to destroy the ship, to smaller risks that take away one life at a time, to recollections of past losses. In the face of such hardships and such dangers, the crew of Pike’s Enterprise rises to the occasion. More than that, they reach for one another, showing not only who they are but, with each other’s help and protection, who they may still become. 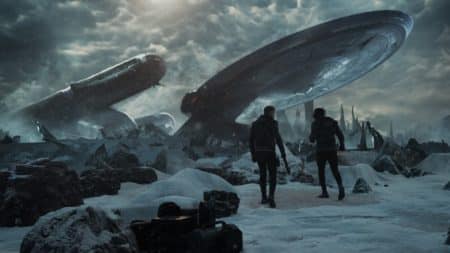 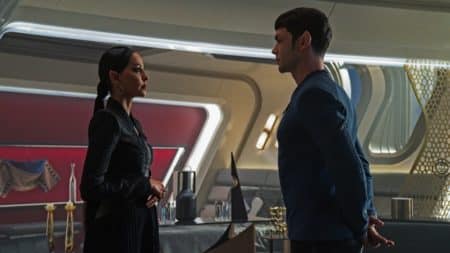 A body swap, some romantic silliness, and a chance for senior officers to play hooky buoy a lighter outing for the series. 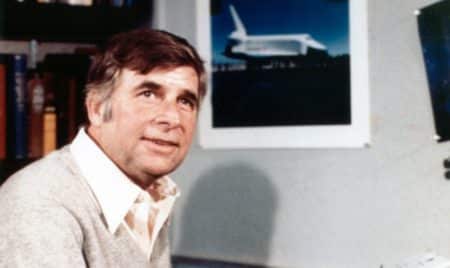