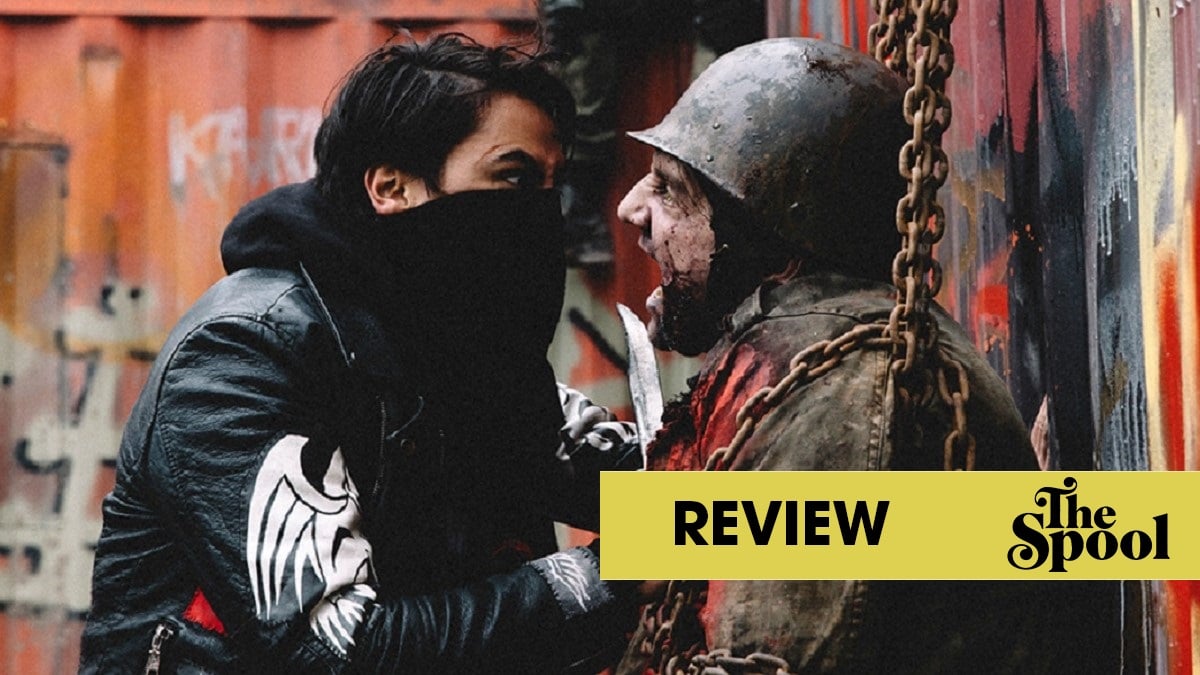 Jeff Barnaby’s Indigenous zombie flick is packed with blood, guts, and a machete to the face of colonialism.

Strange things are happening on the Red Crow Reservation: freshly gutted fish are jumping and writhing, a dead dog comes back to life to attack its owners, and the nearby hospital is being overrun with patients who were bitten by their friends and relatives. When the bitten come back to life with a hunger for human flesh, police chief Traylor (Michael Greyeyes, Home Before Dark) must fend off the hordes to protect his family.

For its first thirty-two minutes, Blood Quantum appears to be a typical, if well made, zombie thriller. However, after the undead threat is established, writer/director Jeff Barnaby throws a wrench into the basic zombie plague story. We are thrust six months after the initial outbreak to see that the reservation has been turned into a walled fortress and is the one area in the region that is free of the plague.

How can the reservation be so secure? Well, it turns out that the Mi’gmaq people (and one would assume all First Nations) are immune to the virus. As such, the residents of the reservation act as zombie (which they call ‘Zeds’) control, with Traylor leading a small group of men who hunt the undead.

At the homefront, Traylor’s son Joseph (Forrest Goodluck, The Miseducation of Cameron Post) and his pregnant girlfriend Charlie (Olivia Scriven, Black Conflux) search for survivors who are screened by Traylor’s ex Joss (Elle-Máijá Tailfeathers, The Body Remembers When The World Broke Open) for signs of disease. While most of the reservation is open to accepting those who are susceptible to the virus (read: white people), Traylor’s other son, Lysol (Kiowa Gordon, Roswell: New Mexico) is adamant that they shouldn’t be let in. But while Lysol has good reason to be wary, the residents will soon learn that human nature is more dangerous than the undead.

Since Night of the Living Dead, the zombie film has been a subgenre that is especially ripe for social critique, and Blood Quantum is no exception. It’s impossible not to draw parallels between white people bringing a zombie plague to a reservation with European colonizers bringing diseases to indigenous Americans (sometimes unintentionally, sometimes not).  There is a palpable irony in the fact that the white population is being decimated by disease while the First Nations characters are immune, and the fear that white folks won’t accept living in a community where they aren’t in charge hangs over the characters’ heads.

Even the time period is a political choice. At first glance, Barnaby setting the film in 1981 seems arbitrary, especially since he doesn’t utilize the time period effectively. However, when you discover that 1981 is the year that the Quebec government raided the Mi’gmaqs due to fishing disputes and that Barnaby witnessed the raids firsthand, it gives Blood Quantum a resonance not often found in a thriller.

Fortunately, Blood Quantum manages to be effective both as a commentary on indigenous trauma and as a balls-to-the-wall action horror. Barnaby isn’t afraid to show the brutality brought on by the Zeds: we are shown a Zed suspended by its entrails, we see a recently turned woman eating her newborn, and shots of blood flooding from under doors are common. It’s easy for a political film to get bogged down in societal commentary, but Barnaby keeps the film gory and filled with action and scares.

Blood Quantum manages to be effective both as a commentary on indigenous trauma and as a balls-to-the-wall action horror.

Despite its brutal violence, the tone never feels heavy or dour. The more horrific aspects are often balanced out by fun action set pieces: the characters shoot at Zeds or round them up to be fed into a thresher, with the most badass set piece being a scene where Traylor’s dad Gisigu (Stonehorse Lone Goeman) fights off a horde of Zeds with a katana. These action scenes are a welcome relief, as the plot gets darker and darker as it goes on, and I appreciate Barnaby giving us some levity.

The fantastic elements are grounded by a relatable cast of characters and their complex relationships. The theme of fatherhood runs strong within the narrative, as Joseph and Charlie are expecting a child. It’s hinted that Traylor was not around for Joseph and Lysol’s childhood, and Traylor is afraid that Joseph will follow in his deadbeat footsteps. It’s not hard to understand his fears: at the start of the movie he is arrested for drunkenly defecating on a car and he has a penchant for partying when he should be with Charlie.

It’s odd that Traylor would constantly worry that Joseph will end up “just like him” when Traylor seems like a stand-up guy who always does the right thing and keeps a level head. If Blood Quantum has a major flaw, it’s that Barnaby has a tendency to tell with expository dialogue rather than show. Part of this is undoubtedly due to having to get the audience up to speed with the fantastic world, but some of the conversations the characters have are so on the nose it gets ridiculous.

The expository conversations seem even more unnecessary because the cast does a fantastic job. Goodluck and Scriven are particular standouts as the main couple. Scriven’s Charlie is warm, but conflicted- her pregnancy is overshadowed by the fact that since she is white and Joseph is indigenous, she isn’t sure if her baby will be immune to the virus or not. Goodluck plays Joseph with ambivalence, as he loves Charlie, but is reluctant to leave his carefree life and take the mantle of parenthood. Lysol stands in contrast to his family, as he is full of rage over having to care for the white population which rejected him. Gordon gives a nuanced performance that you wouldn’t normally see in a horror movie and we can empathize with him, even if we don’t agree with his actions.

Indigenous people are often given the short stick in media portrayals, and this is especially true in horror films. In scary movies, an indigenous character only exists to impart mystic wisdom upon white protagonists, or even worse, they are corpses who cast a sinister influence over “civilized America”. But here we have a story where First Nations people are given center stage, where they can transcend stereotypes, and most importantly, be the hero.

Blood Quantum is currently streaming (and splattering) on Shudder. 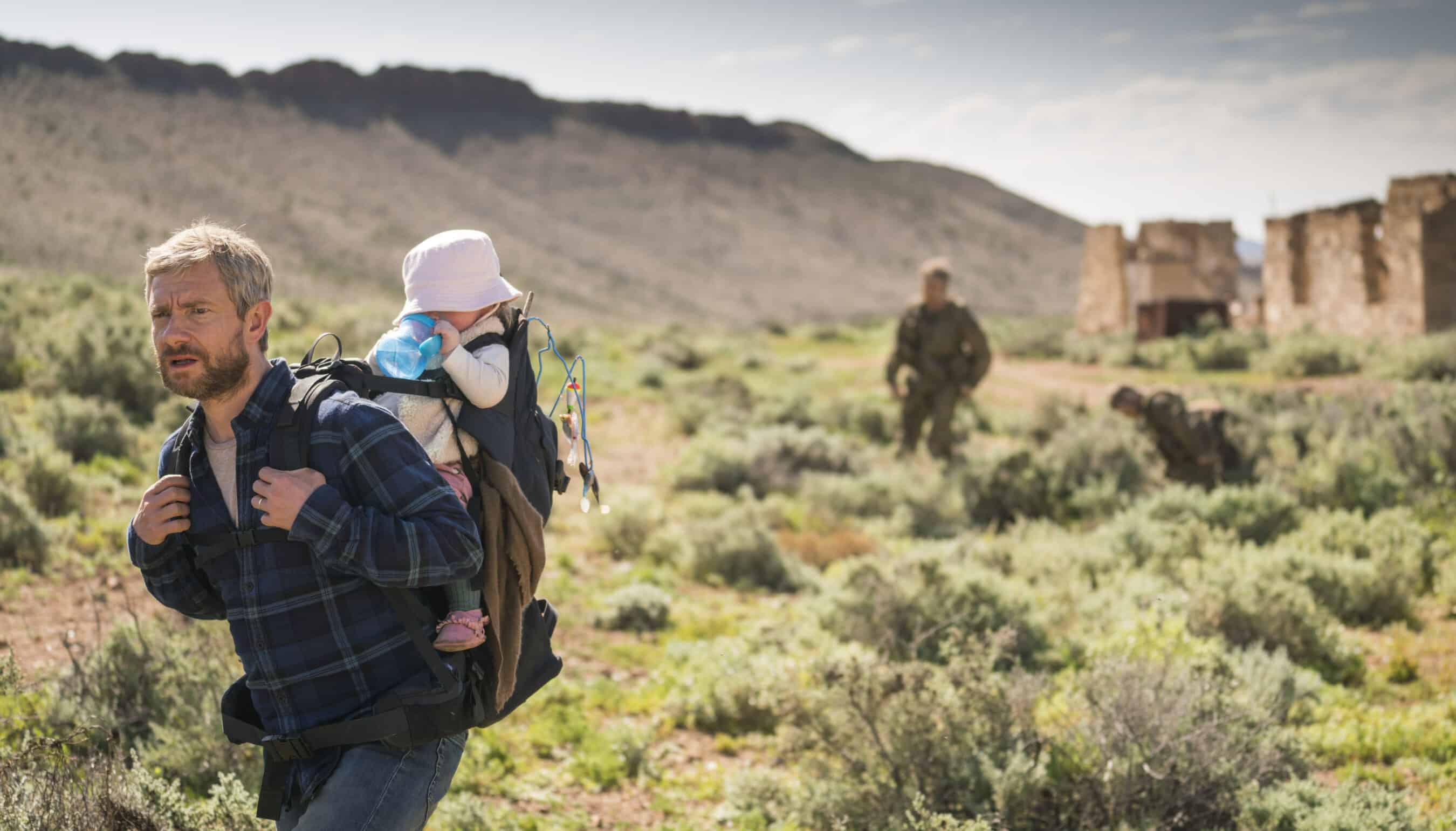 One Cut of the Dead Review: A Gleeful Mix of Zombies and Showbiz 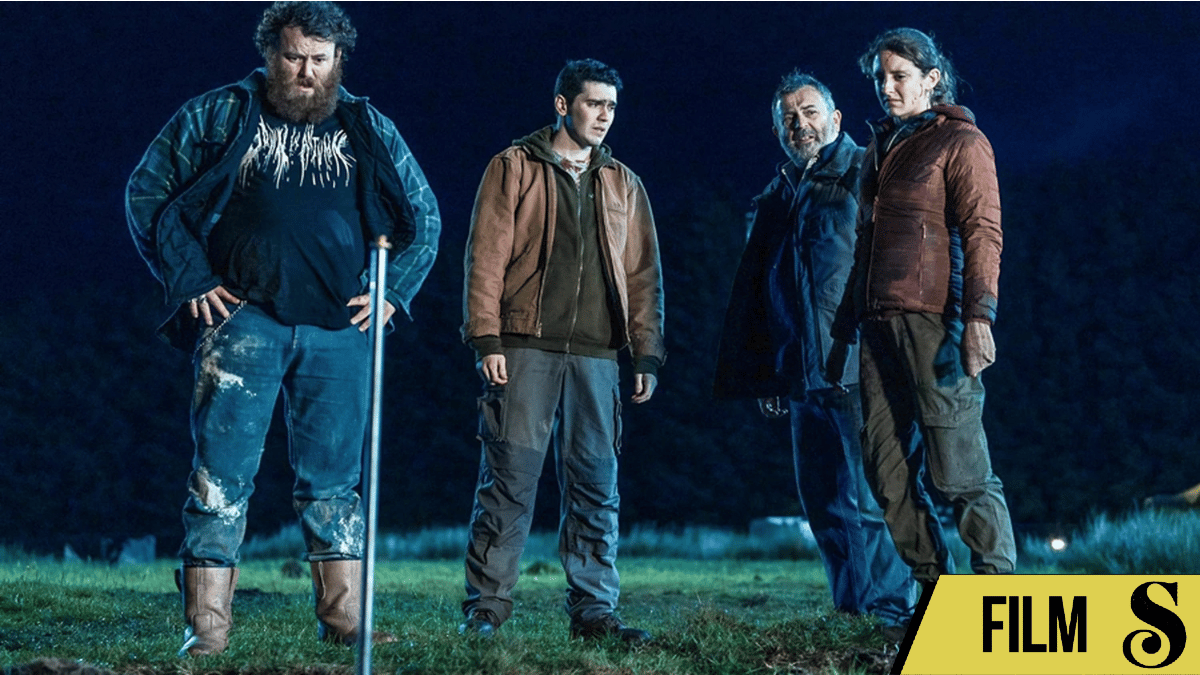