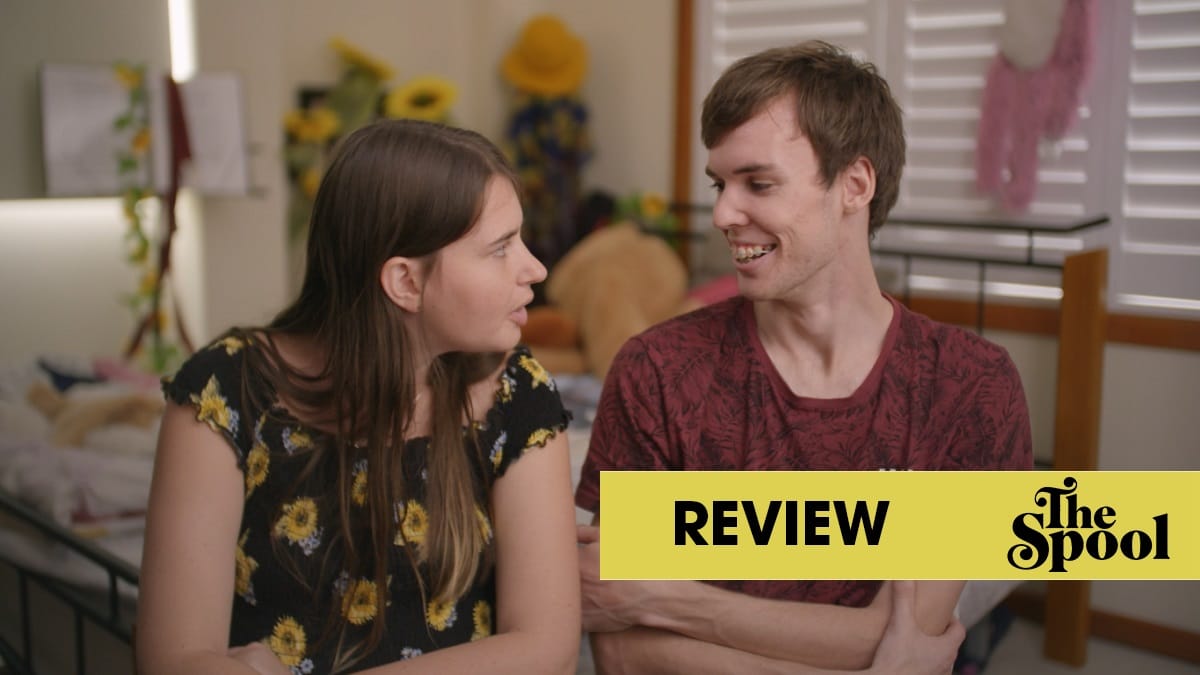 In the fourth episode of Netflix’s new dating show Love on the Spectrum, off-screen interviewer and series director Cian O’Cleary asks a young autistic woman named Olivia why autistic people struggle to find love. After giving a response related to autistic people struggling with social situations, Olivia notes that 95% of autistic people end up alone. “Where’d you get that figure?” O’Cleary asks. Olivia can’t remember the exact source, but it was somewhere on the internet. Its source may be dubious but the way Olivia imparted this factoid made it clear she’s taken the idea of inevitable loneliness to heart.

There are a lot of societal perceptions like that regarding what autistic people can and can’t do. Speaking as someone on the autism spectrum, those perceptions (usually popularized by neurotypical individuals) get into one’s brain easily. They begin to influence what autistic think they’re capable (and incapable) of doing. Everybody just assumes autistic people can’t hold jobs, engage in romance, or even be women, so it must be true, right? It’s easy to fall prey to that line of thinking but difficult to break out of it.

Luckily, Love on the Spectrum is here to help remind autistic and neurotypical viewers alike how wrong that concept is. Over 225 minutes’ worth of episodes, Love showcases an assortment of autistic people who defy all kinds of stereotypes. Heck, even the show’s basic concept refutes a long-standing autism stereotype. Specifically, the stereotype that autistic individuals have no interest in developing emotional connections. Defying traditional perceptions of autism is baked right into Love on the Spectrum’s DNA.

The romance-fixation of Love on the Spectrum is established immediately with the show’s first subject, Michael. In an interview segment, he explains his burning desire to have a girlfriend that he can treat as a queen. From there, the format of the unscripted reality program Love on the Spectrum becomes clear. Each of the five episodes follows real-life three or four different autistic people as they navigate the world of romance. The subjects range from superhero devotee Maddie to the introspective Chloe to longtime autistic couple Sharnae & Jimmy.

Love on the Spectrum’s exploration of these individuals is heavy on something that’s missing from so many pop-culture depictions of autistic people: joy. Spectrum isn’t afraid to showcase awkward moments in its subjects’ dating experiences. But that is not the only thing used to define the various people chronicled throughout. Autistic people on this show are also defined by moments of joy. Their passion for their interests. And, of course, their joyous connections to others.

Some of the best moments on Love on the Spectrum come when we get to share in the joy of our subjects. How can one’s heart not melt in a scene depicting Lauren, a woman with cerebral palsy, being so excited to interact with penguins at a zoo because they’re the only animal that walks like her? The most effervescent sequence of the series comes at the very end of its first episode when Chloe goes on a date with a woman named Lotus. The two start out chatting at a café before making their way to a sunflower field.

Here, Chloe and Lotus run together, give each other flowers and just enjoy each other’s company. All the while, the scene just bursts with so much happiness and life. Needless to say, it’s quite the moving sequence. Much like the Grinch rescuing those presents on Christmas morning, I could feel my heart growing three sizes watching Chloe and Lotus on their date. This is the kind of pure joy and casual queer representation that has always been missing from other pop culture takes on autism.

Joy is in steady supply throughout Love on the Spectrum as is a sense of variety between the people it focuses on. Autistic characters aren’t all just painted as Rain Man or Sheldon Cooper clones as in so many other movies & TV shows. On Spectrum, as in real life, people on the autism spectrum are like snowflakes; no two are exactly alike.

Defying traditional perceptions of autism is baked right into Love on the Spectrum’s DNA.

This is reflected in a recurring device used every time the show introduces a new autistic person. Said device sees Spectrum narrator Brooke Satchwell explaining two likes and dislikes (with accompanying visual aids) of this newcomer. Across the five episodes, there’s never any overlap in the various interests or aversions. This clever device quietly emphasizes the variety within the autism community, which often goes overlooked in favor of treating us like a monolith.

If there is one quibble to be had with Love on the Spectrum, it’s that it’s not quite diverse enough. Further seasons need to have more autistic people from a range of races and sexualities. In this first season, Kelvin is the only prominently featured autistic person of color. Meanwhile, Chloe, Lotus and Olivia are the only notable queer autistic people.

To boot, no trans autistic people are ever seen on-camera, a shame given how closely tied together the trans and autistic communities are. The heartfelt and thoughtful gaze of Love on the Spectrum is immensely enjoyable. It’d just be great to expand that gaze into an even greater array of autistic people.

Meanwhile, the structure of each Love on the Spectrum episode employs one of the worst aspects of Netflix programming. Each episode ends on a cliffhanger that gets immediately resolved in the subsequent episode. This bug isn’t as bad as it is in, say, Luke Cage, but it does lead to certain plotlines sputtering out rather than getting fully explored.

For example, the prospect of Andrew securing a date with a girl named Evie closes out episode four. Then, it gets hurriedly wrapped up in the opening minute of episode five. More time spent exploring both Andrew and Evie’s perspective on this matter would have been great.

If there is one quibble to be had with Love on the Spectrum, it’s that it’s not quite diverse enough.

Aside from that feature, the structure of each episode is rock-solid. I especially like how Spectrum takes background and supporting people from one episode and eventually upgrades them to a prominent role in a later episode. It’s a great way of providing subtle connective tissue between the various people chronicled. This trait is most notably seen with dinosaur fan Mark, who starts out as just a date for Maddi in episode two before becoming a central figure in the next episode.

Director Cian O’Cleary helms Love on the Spectrum with restraint, remaining an entirely off-screen presence. Even Satchwell’s narration only comes in when necessary. Any of the over-the-top goofiness or on-screen visuals that dominate other reality dating shows are totally absent. Instead, Spectrum places all the focus on the diverse lives of its autistic subjects. With nothing to distract the viewer, all the wonderful little details that make each on-screen subject unique can be soaked in.

The variety of autistic people, so often erased in pop culture, is just part of the show’s aesthetic. Not only that, but Spectrum is also just well-made heartwarming television in its own right.

As trailblazing as it is enjoyable, Love on the Spectrum is bound to win over your heart.

[Editor’s note: a previous version of this review mistakenly identified Lauren as autistic, and misidentified Andrew’s date as Olivia. Olivia was also not included in the list of queer autistic people in the show. These errors have been amended.]

Love on the Spectrum Trailer: 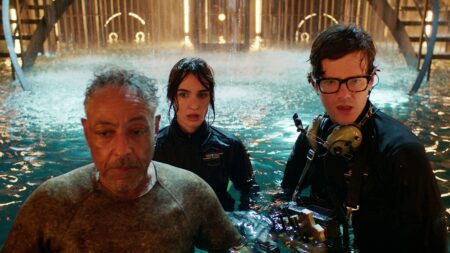 Kaleidoscope fails to spin out much new beyond its gimmick 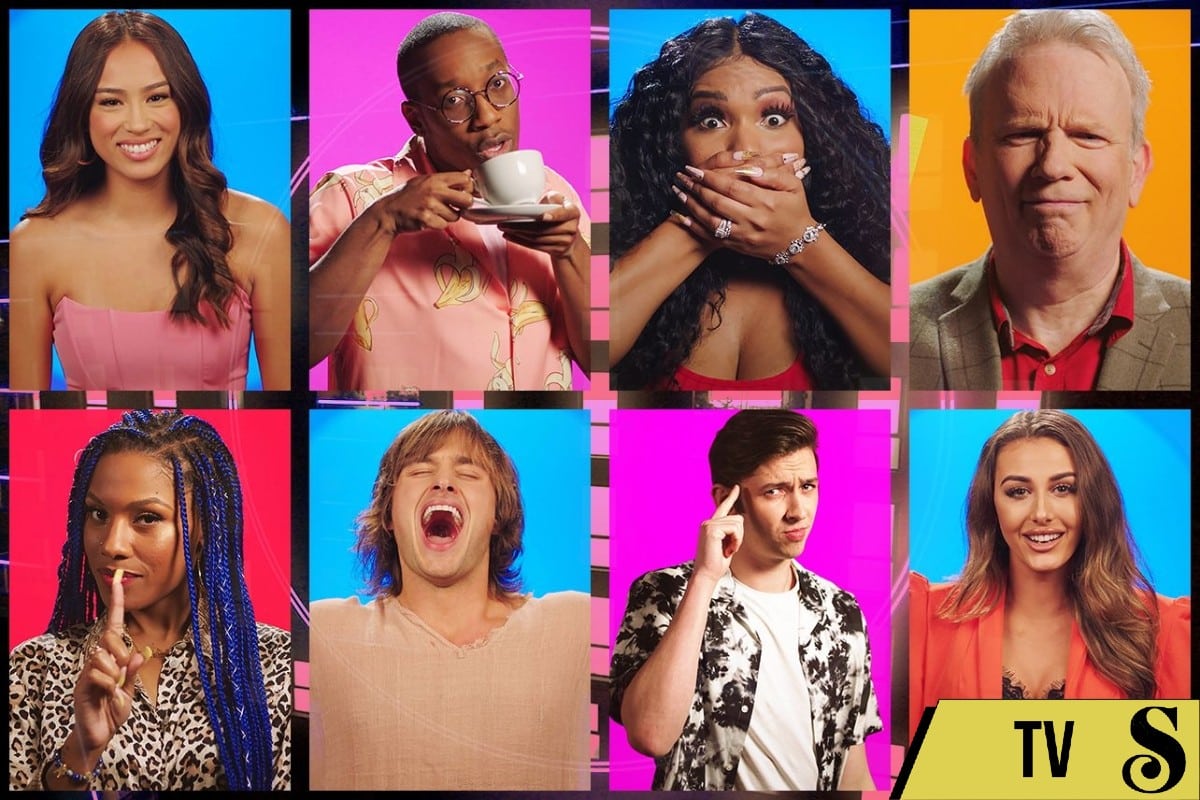 Season 2 of “The Circle” plays a more cutthroat game 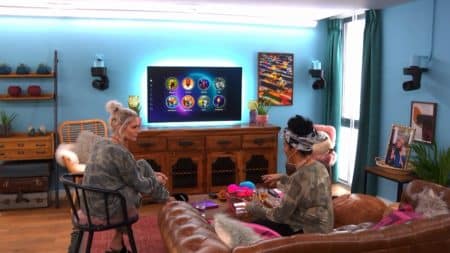 The Circle, Netflix's social media reality show, begins its third season with a blast that the rest of the show simply cannot match.