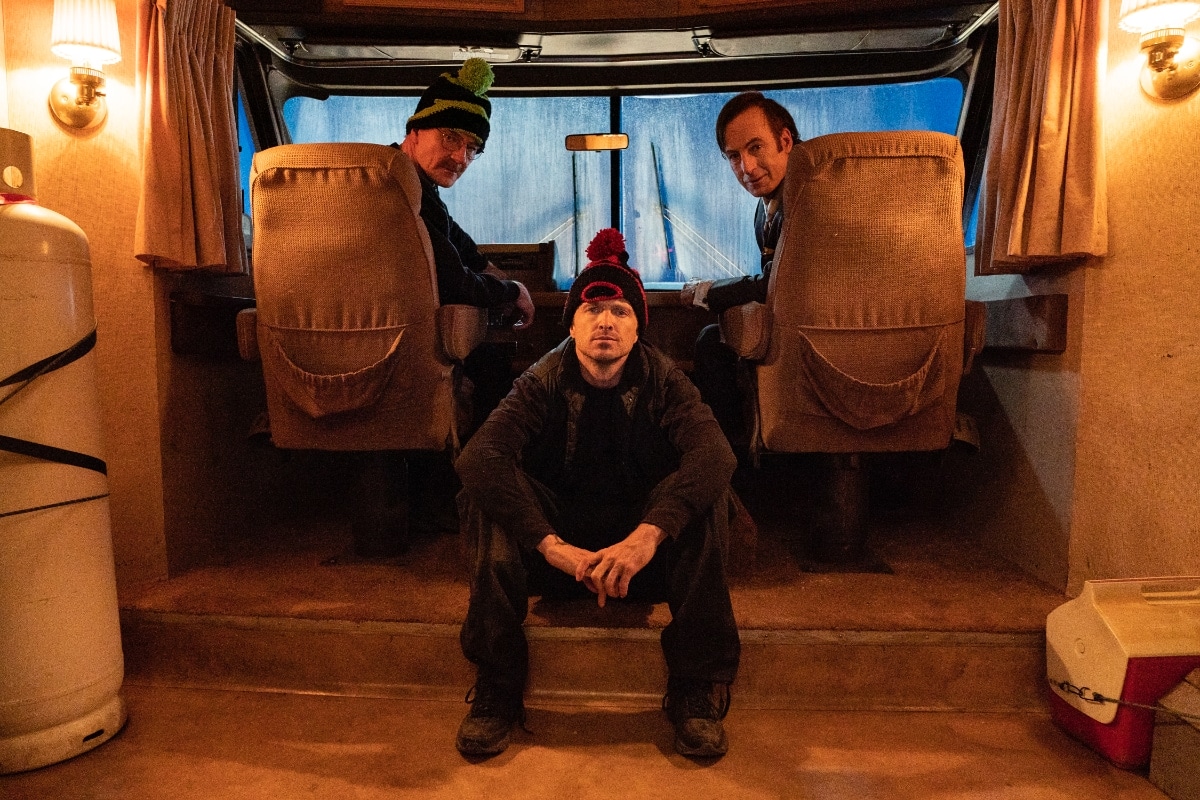 You could mistake this show’s antepenultimate episode for pure fan service. After much anticipation, Walter White (Bryan Cranston) and Jesse Pinkman (Aaron Paul) make their debut in the series. With some appropriate symmetry, this episode of Better Call Saul, entitled “Breaking Bad,” takes Jimmy McGill (Bob Odenkirk) back to a Breaking Bad episode entitled “Better Call Saul.” That season 2 outing featured the first meeting between the huckster lawyer and the two budding meth dealers whose collective empires would eventually crumble and fall in one fell swoop. And in its final season, the new series fills in a few gaps of that original, fateful encounter that would sow the seeds for such success and such misery.

The episode revisits the time when Walt and Jesse took Saul to the desert and threatened his life, in the hopes of ensuring the busted Badger wouldn’t rat them out to the DEA. All the hallmarks of the old show return. Walt scolds his protégé and his would-be lawyer. Jesse grouses back and calls his quasi-mentor a dick. Saul offers pithy one-liners and pokes fun at their bickering. The RV acts up. The bullet holes stay covered. There’s even a rousing discussion of Walt’s famous round bottom flask and Jimmy’s goldfish. If you’ve been salivating for a taste of Breaking Bad with your Better Call Saul, here it is.

But the most important part of the flashback (flash-forward?) comes afterward. Mike (Jonathan Banks) shows up in Saul’s office to deliver a periodic P.I. info-dump to his client. He gives Saul the tip that will lead him to Walt’s classroom and the blackmail-tinted offer for the two to team up. Before he does though, Mike offers Saul a warning. These are amateurs. Don’t get involved with them. It’s going to lead to a bad end.

As with so much of Mike’s advice, he’s right. And just like Walter White, the now full-fledged Saul Goodman refuses to listen. He sees dollar signs, status, and even the potential for a cheap thrill. Sure, four years after Kim’s departure, he’s doing quite well for himself with his flourishing (albeit less-than-prestigious) law practice. But he can’t leave well enough alone. He has an inveterate need to see just how far he can push things before he hits his limit.

The audience knows how that bargain ends up, now more than ever. Writer-director Thomas Schnauz pays off the prior tease of a mysterious phone call to Francesca (Tina Parker) now that the show’s firmly arrived in its black-and-white future. She and Gene share a curt payphone call that ties up a few more loose ends post-Breaking Bad. Huell is free! Saul’s old prosecutor chum has become a defense attorney to fill the void Jimmy left. Francesca herself is still being surveilled by the authorities despite settling into the life of a landlord.

Most notably, the heat is still on, since with Walt dead and Jesse off to Alaska (via El Camino), Saul is the last big fish the authorities have a chance to catch. There’s no opportunity to return, no calmer waters for him to wade back into. Worse still, his fortunes are gone. The feds found all of his shell companies. Francesca turned over his secret overseas accounts. Even if he could go back to Albuquerque, there’s nothing to salvage, no one to see. His goons are all scattered to the winds, and Francesca herself can barely stand to talk to him. Everything that he built is gone, the ignoble end to such ill-fated entanglements Mike predicted long ago.

Francesca does offer one glimmer of light, though — Kim called to check in on her after things imploded. She even asked after Jimmy. There’s no hint of what happened to her in the intervening years, beyond the fact that she’s working in a sprinkler shop in some warm corner of Florida. But maybe something good can come out of all this trouble. Maybe it’s time to give her a ring.

Better Call Saul plays things amusingly, frustratingly coy. Viewers can’t hear the conversation. We don’t even know if Gene’s able to get her to come to the phone. All we see is him gesticulating wildly inside the phone booth, slamming the phone off the receiver when it’s done, and kicking in the glass afterward in pure frustration. It’s easy to imagine Kim calling Jimmy an idiot, excoriating him for the bodies he left in his wake, upbraiding him for putting her at risk by reaching out and making her a part of this. But the audience doesn’t know. All we have is Gene’s reaction and the wonderful art of speculation.

If you’ve been salivating for a taste of Breaking Bad with your Better Call Saul, here it is.

The upshot, however, is clear. As he told Frank the security guard in the last episode, Gene has nothing and no one. His fortune is gone. His business is gone. His associates are gone. His friends and family and one-time partner are either dead or want nothing to do with him. There is nothing left of his old life to sate or fulfill him or hold onto.

So Slippin’ Jimmy does what Slippin’ Jimmy always does when he’s out of options and tired of his humble existence. He goes back to scamming. Despite his warnings to Jeff (Pat Healy) to stay away, he enlists his partner by necessity in another series of cons.

As with last week, it’s still fun to watch Gene do his thing. Their three-part scheme — Gene gets the mark drunk, Jeff drives them home and surreptitiously drugs them, and a third accomplice steals their financial info while they sleep — is clever and lucrative enough to keep them all in business. Gene’s people skills, Jeff’s job as a cab driver, and the budding world of identity theft give them each the taste of the good life Gene promised, with another entertaining but ultimately sad montage of Saul falling back into his old habits.

With the money gone, and all Jimmy’s connections to other human beings severed, this is the only way he can scrape off a piece of the sort of financial largesse and communal fun that he used to pull off on a regular basis. The department store heist wasn’t a one-time deal. With nothing else in his life, Saul returns to the scams and schemes that brought him to tremendous heights but also put him on the verge of an anonymous death in the middle of the desert on more than one occasion. And yet he seems joyless, even morose, when going through the motions. This is an addiction, and like all addictions, it fills the vacuums of loneliness, boredom, and desperation.

Even ripping off the usual set of jerks in bars isn’t enough for Gene. When the latest mark turns out to be a cancer patient, Jeff’s buddy won’t go through with the con. Even pliable Jeff has second thoughts and tries to tell Gene to leave well enough alone, if not for the sake of morality, then for reasons of practicality. But Gene won’t hear of it. He tells off their other accomplice. He reveals a casual callousness that would have made Jimmy, and maybe even Saul, blush, saying the guy will be dead by the time anyone knows what’s missing, so who cares? Much as he once told Kim, Gene promises his new confederates that one day they’ll move past this, they won’t feel bad about it, the guilt goes away — even if that’s only true for him.

In this moment, the point of those Breaking Bad flashbacks, the thing that makes the trip back to the old show relevant to this one, comes into focus. The episode juxtaposes Saul Goodman walking toward Walt’s high school, ready to open the door and make his pitch to the budding drug kingpin, with Gene Takovic breaking into the cancer-ridden home, ready to rob the poor bastard. This is a choice that only leads to misery, a choice that more than one person warned him about, but time and again, Saul simply cannot leave well enough alone.

The intro to this episode features the fleeting image of a crossroads, and it’s a metonym for the story this hour, and the series as a whole, has been telling. Once more, Jimmy has a choice. He can choose to heed the advice of the P.I. who’s better connected and more savvy, and simply continue riding the success of his shady law practice, or he can cast his lot in with an amateur meth-maker and try to punch above his weight in the hopes he won’t get knocked out in the process. He can find his modest pleasures in the life of Cinnabon Gene, or even run his small time scams on the usual patsies, or he can push the envelope and go after a sick man who even his fellow crooks and cronies flinch at.

Breaking Bad and “Breaking Bad” give us the answer to both questions. The audience knows how Saul’s decision to open Walt’s door turns out. It ruins him. And it’s the clue to the inevitable bad things that will happen to Gene when he opens the door to another sad man dying of cancer. Whether it’s the crime taking so long that the sedative wears off, or the barbiturates interacting with the mark’s cancer meds and killing him, or just suspicious Marion (Carol Burnett) calling the cops on this duplicitous man who’s suddenly mean to a dog and leading her poor son down a bad road, it’s clear this won’t go well.

More times than viewers can count, Jimmy’s had a choice: to stand pat or to push things even further. Every time, he’s shown that he can’t say no. He can’t stop. He’s addicted to this. And now, as then, that insatiable need points the way to his undoing. 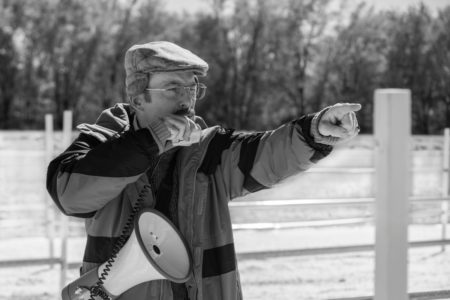 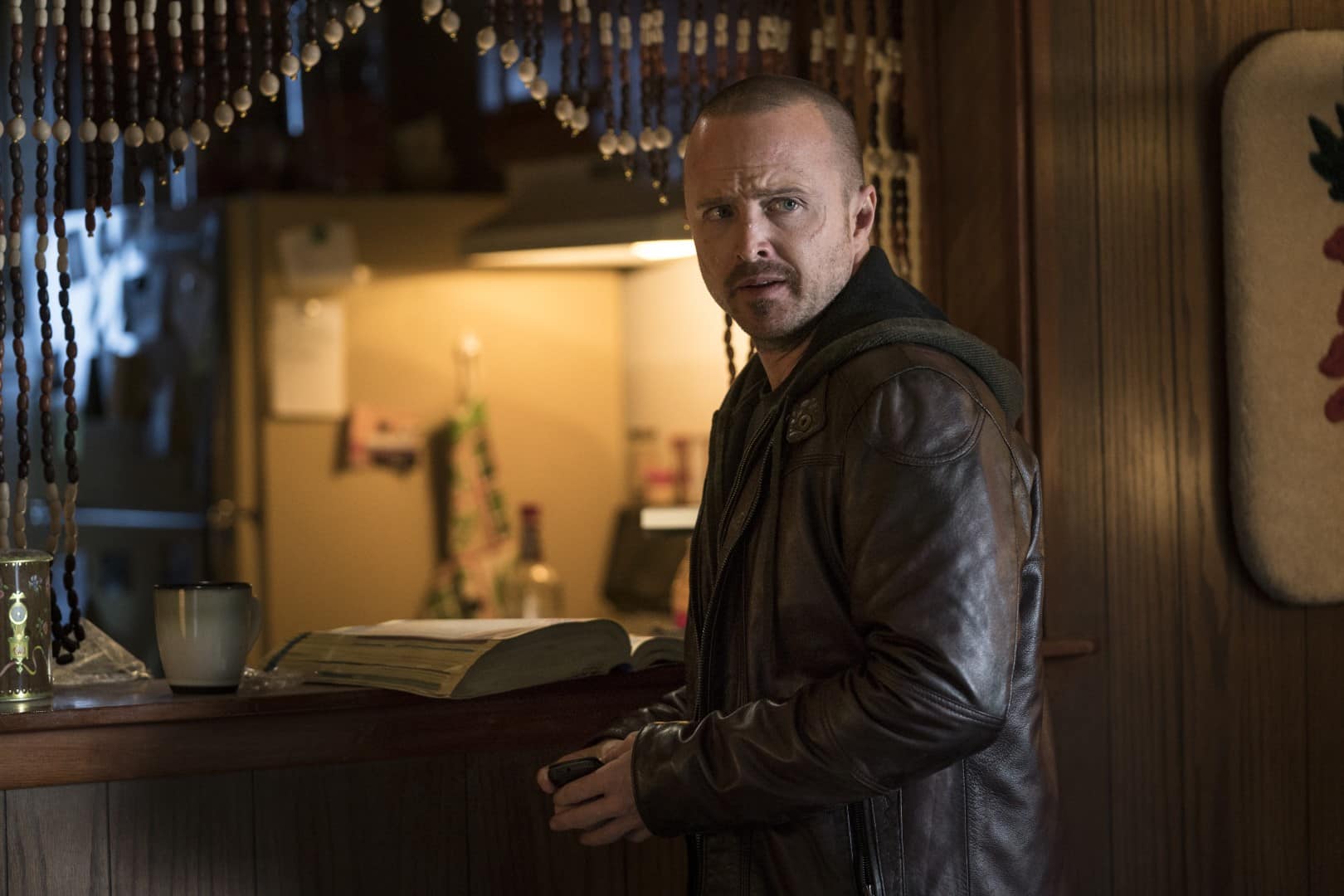