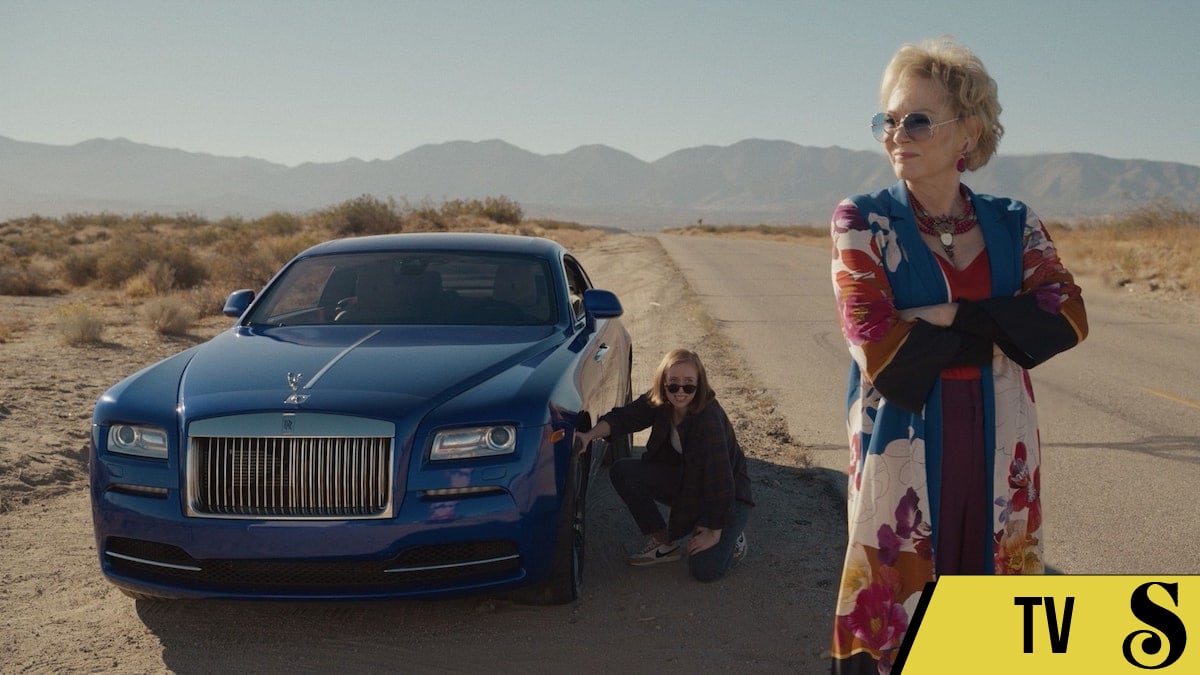 In Las Vegas, the Queen of the Strip, comedian Deborah Vance (Jean Smart) finds out her stranglehold on The Palmetto, her casino home, is slipping. The gambling palace’s owner (Christopher McDonald) alerts her to his plan to take away her prime weekend slots because he needs to appeal to “idiots and people in their twenties,” and Deborah gets him neither.

Meanwhile, nearly 271 miles away in Los Angeles, young television writer Ava (Hannah Einbinder) finds herself without a job and her overall deal rescinded after a few tweets have made her a pariah.

The women share an agent in common, Jimmy (Paul W. Downs, also one-third of the show’s creators), and he sees an opportunity to solve both their problems—and his—in one swing. Deborah can pay Ava to write for her until Ava isn’t radioactive anymore, and Ava can make Deborah relevant enough again to hold onto her coveted stage. The only problem is, of course, the two women instinctually can’t stand each other. Ava sees Vance as a hackneyed sellout. Vance sees Ava as lazy who writes setups but no punchlines, two mortal sins in Deborah’s world.

Of course, as is the case in these kinds of stories, the reality is that the two share so much in common, they repel each other like magnets. And, inevitably, they’ll come together for the same reasons, something that seems well underway by the end of the six episodes provided to review.

It can feel somehow backhanded to describe Smart as “predictably great,” but she is great and after impressive work in Watchmen, Big Mouth, Legion, and Mare of Easttown, a reviewer would have to be a bit asleep at the wheel not to anticipate strong work.

That said, it would be a mistake to handwave her performance. Playing a fairly obvious riff on Joan Rivers—she jumps at any opportunity to receive attention including being a QVC saleswoman, is a frequent plastic surgery customer, is brutally unlucky in love, and came so close to being the first successful woman late-night host she’s still haunted by it—Smart still makes Deborah her own person. There is no mimicry in her work.

Even though all the parts are Rivers, you almost immediately forget about the real-life inspiration watching Deborah. Smart has taken the components and, while honoring Rivers’ legacy, made a character entirely her own entity.

Einbinder lacks as specific a real-life inspiration and tends, as a result, to be a bit more diffuse. Her work is still excellent, but the structure of the character feels more, well, cliché. Her moment of cancel culture comes across as plausible until we get a direct recitation of her tweets. After that, her fall from grace feels significantly less likely.

Smart and Einbinder find plenty of good scene partners in their supporting players. In addition to McDonald—deliciously amoral but still too sweet to Deborah to entirely dismiss—and Downs, Marcus (Carl Clemons-Hopkins), the Chief Operating Officer of the Deborah Vance empire, and Vance’s wounded and wounding daughter DJ (Kaitlin Olson) are standouts.

Away from the stage, the writing feels far more surefooted, juggling how people can be capable of both kindness and incredible spite, open wound sadness and utterly shutdown steeliness within seconds of each other.

Unfortunately, the show isn’t always on par with the talent. Downs and the other two creators Lucia Aniello and Jen Statsky are clearly interested in exploring the dynamics of two strong unconventional women as they did in Broad City. In that show, though, the world the lead characters Ilana and Abbi occupied felt as real and realized as they were. Hacks isn’t quite there yet.

There’s nothing fatal, certainly, but the rough edges still snag. In the first episode, for example, Deborah makes two jokes about having sex with men who leave their shirts on. One is on-stage, one is in “real life.” One would guess that this is intended to indicate both that Deborah is on autopilot and the joke on-stage was about the same person she wields it against off. The show, however, doesn’t hit the beats clearly enough, making it instead feel like maybe they just didn’t realize they made two “guy wears a shirt while having sex” gags in one episode.

Similarly, there are moments where we witness Deborah absolutely killing on-stage and others where she is dying. However, the show plays it so close to the vest emotionally. Because of that, it is hard as a viewer whether to know if this is a lesson in how it is often the audience that decides if a night goes well, no matter how fine-tuned at act is? Or should we take it as a sign that Deborah’s emotions made her lose the crowd?

Hacks is ultimately better when it places the actual comedy in the background and instead focusing on the business and relationships of it. Away from the stage, the writing feels far more surefooted, juggling how people can be capable of both kindness and incredible spite, open wound sadness and utterly shutdown steeliness within seconds of each other.

It isn’t that Hacks isn’t funny. It frequently is. Its real skill, however, is finding the cracks in its characters and making the viewer accept the complicated feelings those flaws bring forth.

Hacks is now on HBO Max, grabbing the mic and asking who’s here from out of town. 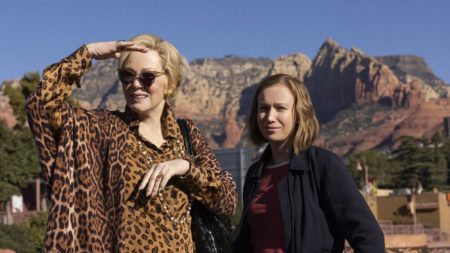 Hacks is back for a wild, funny ride 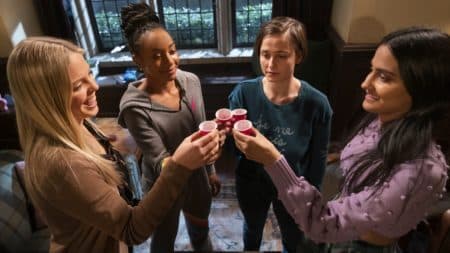 The HBO Max series may have a NSFW name, but it's much more about the sweet agony of growing up. 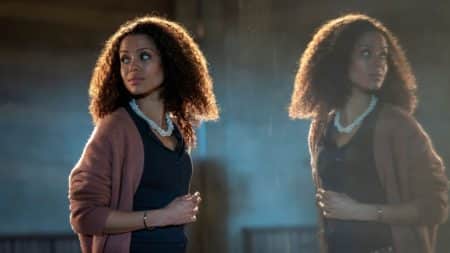