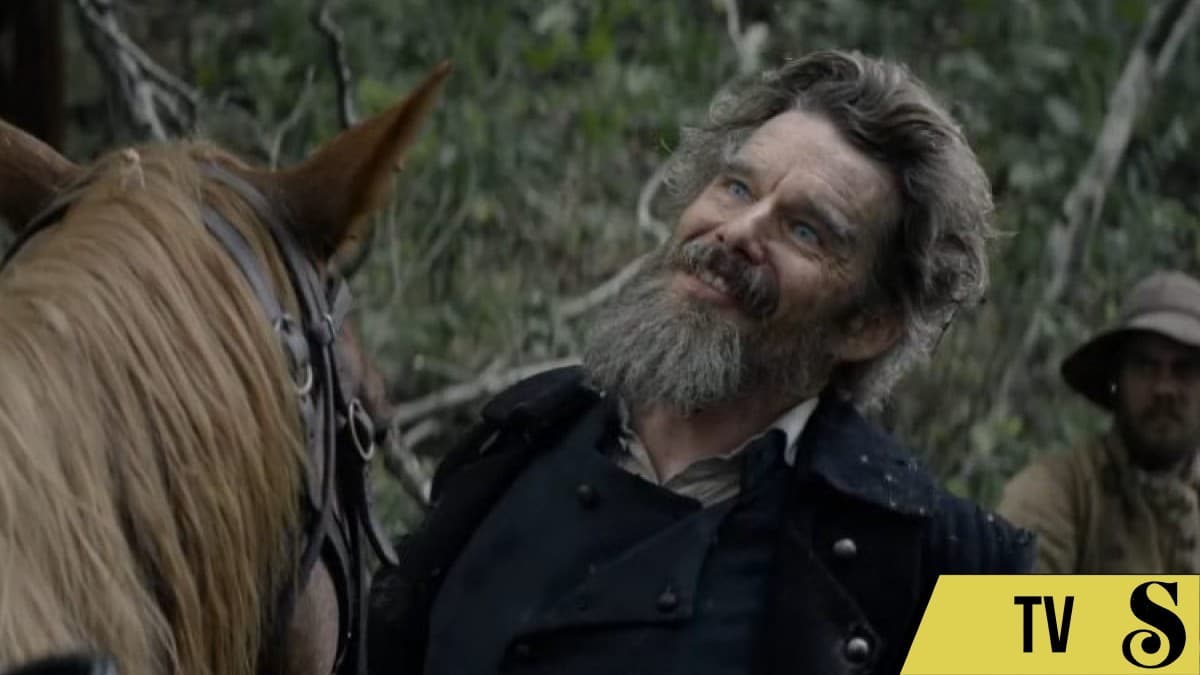 Ethan Hawke often plays characters who internalize their passions, who tend to smolder and keep their feelings under tight restraint. Not so in The Good Lord Bird, where as star and co-creator Hawke gives the biggest, grandest performance of his career playing radical abolitionist and fighter Captain John Brown, circa 1857. His Brown is a delusional, violent prophet, flecks of spit fleeing from his mouth as he screams scripture during guerilla warfare and is sent into fits of rage by his fellow whites’ refusal to “free the Negro”. But in a country anchored by the selling and owning of human beings, where survival is often precarious at best, Brown sometimes appears to be the sanest white man of them all (sometimes).

At least that’s narrator and young former slave Henry’s (Joshua Caleb Johnson) conclusion, though it comes after Brown “liberates” him from slave master Dutch Henry and inadvertently gets his father killed. Oh, and after mistaking the slave for a girl, leading now “Henrietta” – then nicknamed “Little Onion” by Brown and basically adopted into his family – a chaotic bildungsroman that includes bullets, drinking with Frederick Douglass, and the bloody conclusion of Brown’s crusade against slavery at the infamous raid of Harper’s Ferry.

Adapted from the 2013 novel by James McBride, The Good Lord Bird is a neo-Western in the picaresque, tragicomic tradition of Little Big Man and Slow West. Like those films Bird views the American experiment with innate skepticism, the tone veering between comedy and agony. But the show never feels like a history lesson either. Instead it peers into the pre-Civil War States and Bleeding Kansas with the attitude of a bawdy yarn, the laughs irreverent and interspersed with the grim realities of the antebellum South. There’s room for spectacle here too; this is not quite the John Brown of history but of a fourteen year old’s vivid memory, a pious cowboy whipping out pistols from beneath his long coat, fighting in the name of the Lord against slavery. The following disclaimer opens each episode and functions as a warning: “All of this is true. Most of it happened.” One thinks immediately of Butch Cassidy & The Sundance Kid’s opening, the title cards also plunging the audience into a sensational, dimly familiar past.

At its best the show gets to a kind of “truth” by telling Brown’s story as a black former slave would. From Onion’s often bewildered point of view, the old man and the strange, singularly devoted Brown sons don’t fit easily into “white savior” tropes. Brown’s cause is righteous as can be, but he’s also a delusional, dangerous figure who forced Onion into freedom when he wasn’t capable of asking for it. An increasingly frustrated Onion later demands to know how exactly he’s free if he just follows Brown around and does whatever he says. The running gag that the white characters can’t see Onion’s dress as a disguise while the fellow black men and women he encounters see right through it feels increasingly pointed episode by episode.

Bird views the American experiment with innate skepticism, the tone veering between comedy and agony.

Even the white abolitionists intent on liberating the slaves still aren’t equipped to always look beyond Onion’s surface, let alone fully consider him a person. Pragmatic former slave Bob (Hubert Point-Du Jour) meanwhile agrees with the Captain in spirit but prophesies that “He won’t live long child, he’s crazy.” If the old man’s crusade has an especially critical flaw, it’s that even if enough people agree with him on the violent overthrowing of slavery, life is difficult enough in 1850’s America (especially if you aren’t white) without throwing yourself into a doomed struggle led by a gun toting zealot.

Yet the emotional crux of the series becomes Henry not only coming to love the old man but to believe in the cause. For all of Hawke’s glorious bluster, Brown has the same deep-seated griefs and intensity of feeling as his Frederick Toller in First Reformed, both characters channeling their pain and faith into their actions. Brown is a “real white man” with all the delusion that implies, but Onion gradually admires his sheer conviction. That fanaticism is compared with Daveed Diggs’ pompous, vainglorious depiction of Frederick Douglass, the former slave and public speaker conscious of every word he says – and of the practicalities of Brown’s planned rebellion. And while Douglass serves as the Judas of the story, too much of a realist to publicly support the raid, he’s never wrong about Brown’s chances either. Much of Good Lord Bird likely has (that dreaded word) “relevance” to the current moment, but it’s more apt to say that these arguments are still lingering in the air a hundred and forty years later.

Luckily that’s not the only reason to watch Bird. The production team supplies the audience with plenty of stunning visuals featuring the forests and infinite landscapes of the country, the scripts are tight in an era of Netflix Bloat, and the cast with or without Hawke is uniformly great. If the show by the end doesn’t entirely know what to make of John Brown, it does successfully dramatize the horror Brown was fighting against and fleshes out the people he fought for. A recurring visual motif for each black character is an insert shot where they stare straight into the camera, looking as if they’re posing for photographs. By the finale credits the shots become a montage of black men and women whose humanity cannot be denied by camera or viewer. As Brown is about to be hanged, Onion imagines him intoning, ice blue eyes alight with hope and awe, “What a beautiful country.” Maybe these are the faces he sees as the rope swings, finally satisfied with his sacrifice.

A Preview of the 2018 Chicago Critics Film Festival

The Chicago Film Critics Association’s 6th annual film festival (May 4-10) features some of the year’s best films that might otherwise fly under your radar... 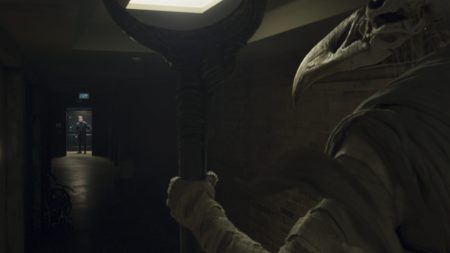 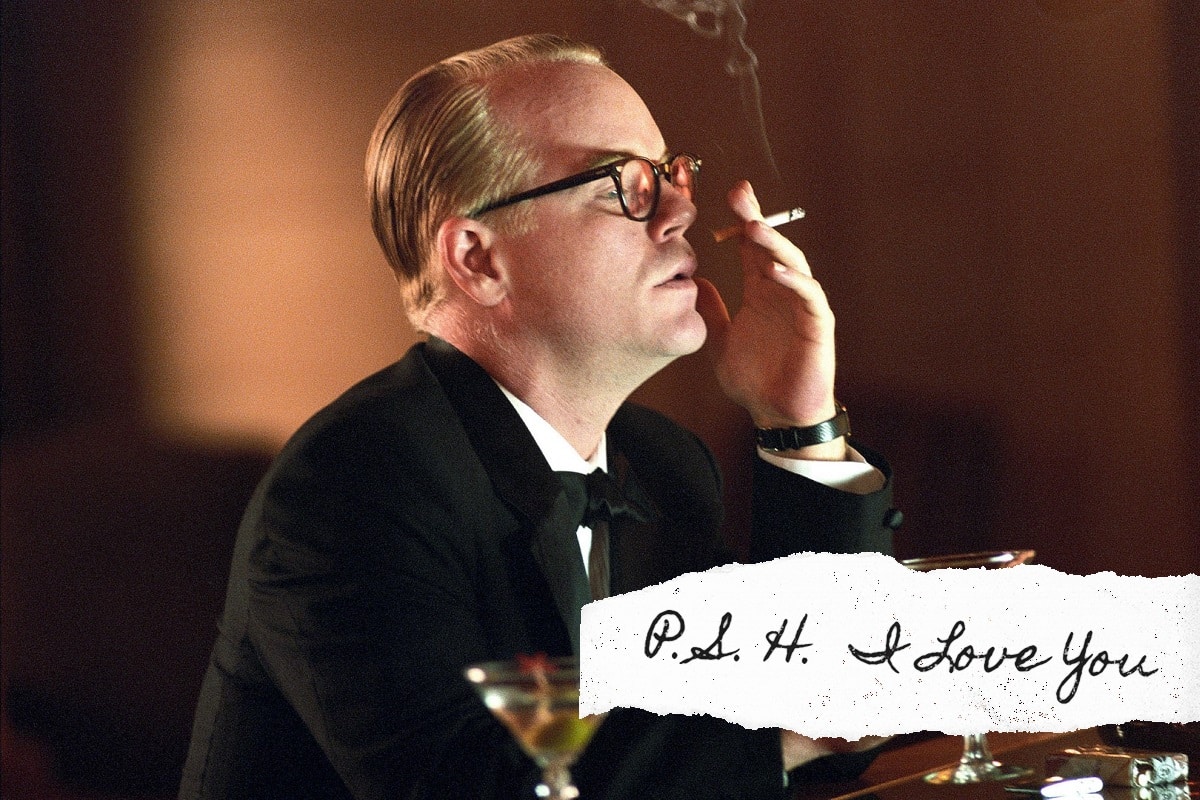