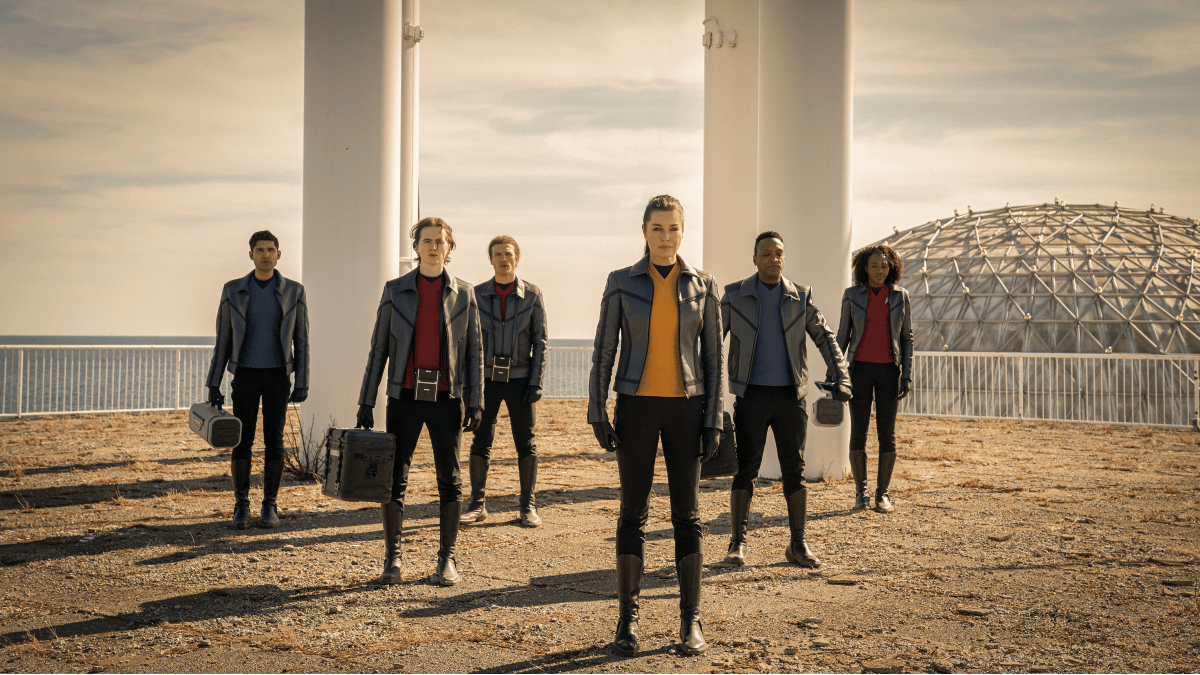 Investigations of a mysterious species and a deadly contagion reveal personal and ethical quandaries.

There was an odd strain of Nazi apologia in The Original Series. “Patterns of Force” featured a Starfleet potentate striving to preserve the “good parts” of the Nazi regime without the prejudice. “The Conscience of the King” framed a mass-murdering dictator, one who made life-and-death decisions based on his own theories of eugenics, as sympathetic and even justified. And “Space Seed”– the debut of the famed eugenicist-created, globe-conquering ubermensch, Khan — paints its antagonist as too “great” and “admirable” a man to fully punish for his crimes.

So there’s reason to clench your teeth just a little in “Ghosts of Illyria”. For all the 1960s Star Trek tropes Strange New Worlds has adopted in its early run, the theme of the show’s third episode can be read as a TOS-esque statement that “Maybe attempting to genetically purify your species ain’t so bad.”

The vehicle for that message is the Illyrians, a group who aspired to join the Federation but were ostracized for their devotion to genetic modification as a form of self-improvement. They mysteriously vanished years ago, and the Enterprise crew investigates their home planet to unravel the mystery of their disappearance.

Of course, everything immediately goes to pot. After tarrying for too long, Captain Pike (Anson Mount) and Mr. Spock (Ethan Peck) are stranded on the planet due to an ion storm, while mysterious flame creatures bear down on them. Meanwhile, Number One (Rebecca Romijn) must manage the outbreak of a contagion aboard the Enterprise that’s quickly spreading. The infection impairs the crew’s judgment and renders them single-minded in their pursuit of sources of light.

As with so much of Strange New Worlds’ opening batch of episodes, the setup is sound. The salience of a mysterious virus, one whose method of transmission is unknown but whose impact is severe, will not be lost on most viewers in 2022. Watching Una manage the crisis of the week at the same time she and the medical personnel must unravel the mystery of its cause provides meaningful stakes and plenty of good meat-and-potatoes Star Trek problem-solving.

Likewise, leaving Spock and Pike stranded with nothing to do but learn more about the Illyrians, while an unknown threat attempts to barge in on their shelter, creates plenty of terror and intrigue. Their discussion carries the franchise’s values of tolerance and acceptance, as the duo reckons with how far some Illyrians were willing to go in order to gain admittance to the Federation. Some Illyrians even tried to undo their genetic alterations, leading to disaster. This B-plot offers a nice mix of high-minded considerations of the impact strict standards and soft power can have on other societies, with practical dangers in the way of ion storms and frightening intruders.

Only it turns out that they’re protectors, not pursuers. The apparent fire beasts don’t attack our heroes, but rather shelter them from the ion storm. In another familiar Star Trek story beat, the show’s third episode heavily implies that these beings did not destroy the colonists, but rather are the colonists. The attempts to reverse their genetic alterations may very well have given them the same viral photophilia the Enterprise crew has contracted. When they sought out the lightning of the ion storm, they were transformed into the spectral souls Pike and Spock encountered.

The reveal lends itself to the larger parable of the aptly-named “Ghosts of Illyria”, a title that all but gives away the twist. A reflexive fear of the unknown or misunderstood can not only harm those excluded but squander the benefits of a deeper connection and understanding they might provide. After all, the captain and his science officer may not have survived if the creatures they tried to barricade away had not broken free and intervened to protect their lives.

The bigger action takes place on the ship, as Una, Dr. M’Benga (Babs Olusanmokun), and Nurse Chapel (Jess Bush) race to control the outbreak and stop the crewmates who’ve lost their minds thanks to the virus. The reveal that the contagion is transmitted by light is a good one. Such a fantastical concept feels of a piece with the mysterious maladies of the 1960s series, and scans as a foreign enough concept to confound even the superstars of the Federation flagship.

The fact that Number One and Nurse Chapel effectively reach the solution and implement a cure off-screen isn’t ideal. But the idea of the disease turning everyone on board into misguided lumen-obsessed madmen provides plenty of chances for cool set pieces. Plus, Uhura’s need to sleep in total darkness, and the way it provides Una with the key to solving the problem, is another instance of the show’s sturdy television writing in action.

The most important reveal in the episode, however, has nothing to do with the cause of the disease. It’s that Una herself is an Illyrian, such that her enhanced physiology allows her to fend off the contagion nigh-instantly. Naturally, it factors into how her team solves the problem, with her proximity to a sick La’an (Christina Chong) triggering the right immune response at the right time for a life-saving sample. But the bigger consequence is that the Enterprise’s first officer is a member of a species explicitly excluded from the Federation, who felt compelled to keep her origins a secret in order to join Starfleet.

It’s a sharp choice. In the wake of The Original Series, the rubric for Star Trek became giving every main character a thing. It could be a non-human lineage, a mysterious past, or an outsider’s perspective on the Federation. But everyone had some unique aspect of their personality or backstory that gave the writers room to explore. Developing Una through a secret heritage, one that could make her persona non-grata under Federation law and create potential friction with her fellow officers, is a good call to make the character more interesting.

There may be nothing truer to the franchise than recognizing the moral nuances in our technological advancements, medical technology very much included.

But there’s also something a bit problematic about how it’s dramatized. “Ghosts of Illyria” is, true to the franchise’s ethos, directed against prejudice, including the kind Una experiences based on her people’s inclination toward genetic engineering. The episode understandably questions the impact of Starfleet’s ostracism and rejection of her people, personalizing the effects of a generalized policy.

The catch is that while the provenance has been muddled over the years, the in-universe ban on genetic engineering stemmed from Earth’s Eugenics Wars, the conflict Khan was a party to. While originally set in the “distant future” of the 1990s, the global strife had shades of World War II, with tyrants forged in selective breeding programs and power-hungry despots. “Ghosts of Illyria” comes with a disquieting, almost certainly unintentional air of “Maybe we were too harsh on eugenicists”.

And yet, the sign of a good Star Trek ethical exploration is that the questions at play make you a little uncomfortable. The episode only features wisps of what the Illyrians were up to, but in Una’s retelling, they were not conquerors or caste-makers. Instead, they only sought self-improvement, with genetic modification merely one avenue toward it. The records Spock combs through seem designed to let readers know these were good people, a fact they wanted the galaxy to know even in death.

If there’s anything that characterizes Star Trek’s perspective, it’s an openness to the wonders of scientific advancement. It’s easy to read an installment like “Ghosts of Illyria” as challenging opposition to cures that emerge from stem cell research, panic over genetically-modified foods, or God help us all, vaccine hesitancy. The notion that scientific progress that makes us squeamish due to cultural sore spots, but which could nonetheless help billions of people is often demonized too quickly, has resonance in the twenty-first century. “Ghosts of Illyria” raises the same idea via Number One’s sympathy toward Dr. M’Benga despite him surreptitiously using the transporters to preserve his sick daughter.

More to the point, the idea that people should be judged and understood as individuals, and not as part of some favored or disfavored group, has roots in the franchise that go back to 1966 as well. However one may feel about genetic modification, what’s undeniable is that Una should be judged for who she is, not what she is. The same goes for La’an, who’s understandably resistant to any and all augments given the unjust guilt by association imposed on her for being Khan’s descendant. Deep Space Nine explored similar ideas with Dr. Bashir, and the idea that how we treat a person matters more than what boxes they may check, and the sentiment remains just as salient now.

It’s troubling to see Star Trek once again suggesting, however obliquely or accidentally, that eugenics might have its place in a civilized society. At the same time, there may be nothing truer to the franchise than recognizing the moral nuances in our technological advancements, medical technology very much included. New techniques and improvements are tools, not absolutes. They can be used for good as much as evil.

Recognizing that, particularly in service of not ostracizing or prejudging those whose practices are different from our own, speaks to the core of what this franchise stands for. Asking those questions, playing in the moral gray areas that can turn the stomach but provoke deeper thought, is the hallmark of good speculative fiction, and good Star Trek especially. 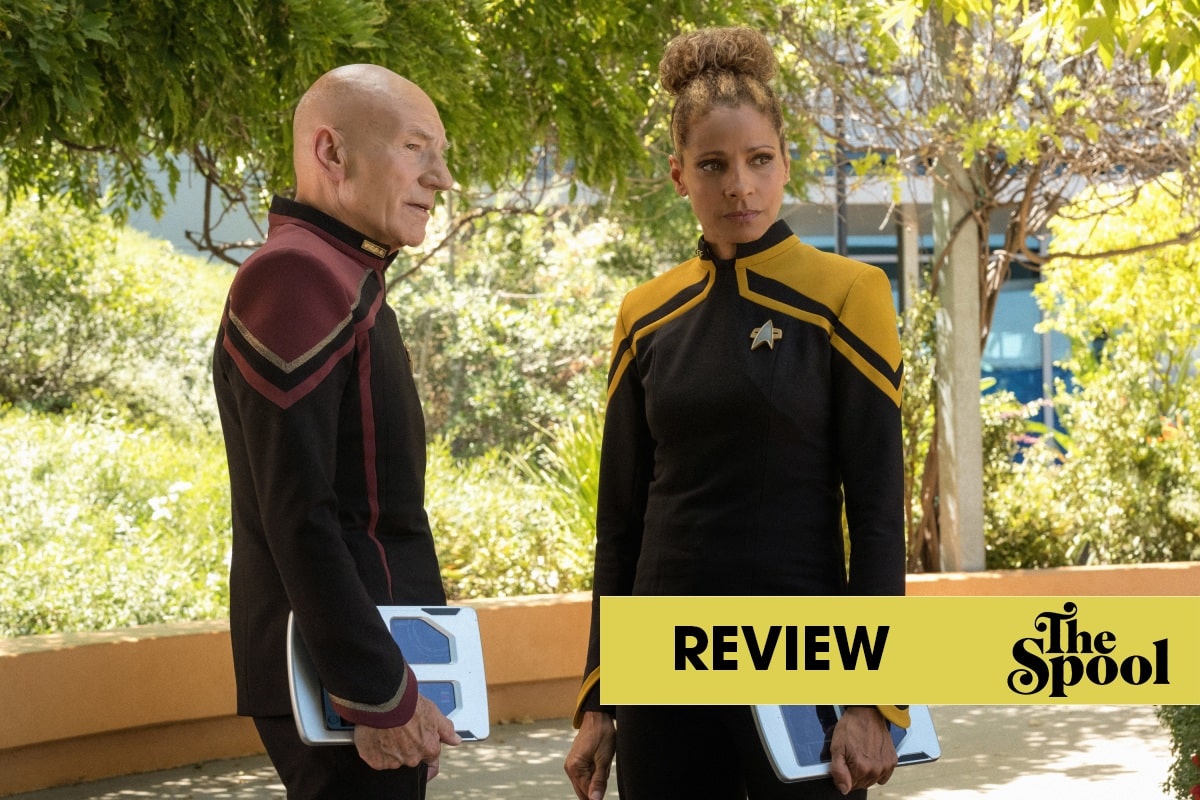 Star Trek Picard: “The End Is the Beginning” Stumbles to Gather Its Crew 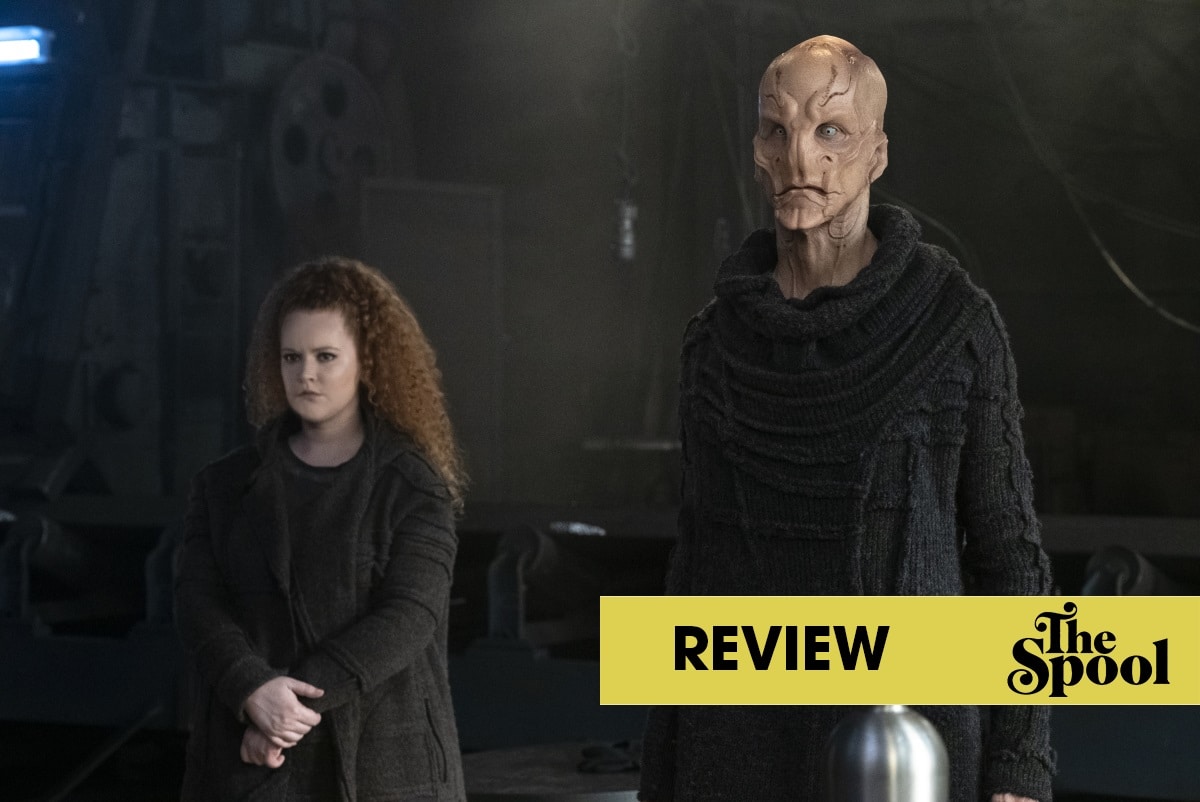 We learn more about the far-flung future of the show's new setting, as the Discovery crew adjust to their new surroundings.