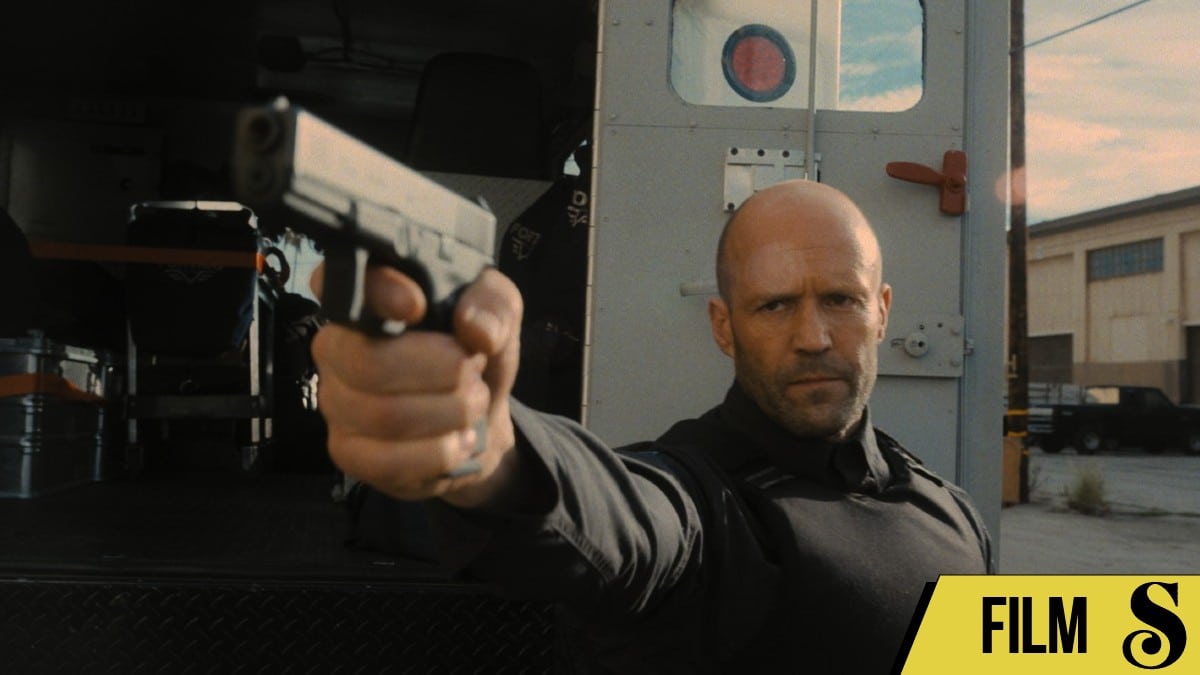 Guy Ritchie hasn’t worked with Jason Statham, the tough-guy lad whose breakout performances in Lock, Stock and Snatch helped propel him to A-list action stardom, since 2005’s twisty pseudophilosophical gangland thriller Revolver — a film critics at the time called “impenetrable” and “stupid”. It’s a shame, then, that their long-overdue reunion, Wrath of Man, succumbs to many of the same tricks and traps as their previous collab, but without any of the perverse flash that made the former at least grimly interesting.

Based on a 2004 French thriller called Les conveyeurs, Wrath of Man flits back and forth in time and tone and genre to the detriment of its characters or any sense of narrative intrigue. The film opens promisingly enough: Ritchie locks us in a single long take in the backseat of an armored truck, as two private security guards drive it to its destination. We can’t even see the driver as the two exchange small talk, only for the truck to be lured into a trap by a stopped semi in their path and a group of bank robbers with machine guns and flashbangs breaking in to grab the goods.

We hear shots off screen, muffled shouts; the stylized, Bondian credit sequence rolls. It’s a promising start, especially once we realize we’re going to piece together the circumstances surrounding this heist, and the ripple effects of revenge it will create.

A few scant weeks after the heist, the private security company that was hit gets a new employee — Patrick “H” Hill (Statham), a stone-faced man of few words who suspiciously just barely passes the driving and marksmanship tests to get employed. But of course, at the first sign of trouble, he proves himself a ruthless, indispensable marksman, which earns him a reputation at the company, and earns the respect (and suspicion) of his colleagues.

Wrath of Man commits itself to methodically set up the central mystery of “Who is Jason Statham?”, but Ritchie and co-screenwriters Ivan Atkinson and Mark Davies decide a half-hour in to swap to a flashback structure that meticulously explains who he is and what he’s doing there. Suffice to say, he’s a far more powerful and dangerous man than he presents himself to be, and he’s there to seek revenge on the people who raided that armored truck in the opening minutes.

It’s here that Ritchie comes closest to the suited-and-booted underworld grittiness he’s used to, but Wrath of Man misses that signature Ritchie charm that sets him apart in the world of just-for-lads crime fare. Yes, Wrath has some of that: there are characters with names like Bullet (Holt McCallany), Boy Sweat Dave (Josh Hartnett), and Hollow Bob (Rocci Williams). One character describes Statham as looking like “a shrink-wrapped Rolls Royce.” But it’s hardly delivered with the cockeyed panache of something like Snatch or the Sherlock Holmes-es. It’s doubly hard to latch onto the characters when few of them have any discernible personalities, and the perspective-hopping structure means we don’t sit with many of them for very long.

That latter point hurts Statham the most; Ritchie’s usually the guy who can eke a little more twinkle out of Statham’s performances, but Wrath of Man sticks him with the same frowny tough-guy he’s played for decades in mid-budget action fare at this point. Statham’s a funny guy, especially when playing up his own quirks (see Spy for a killer example of that); here, he’s a perfunctory heavy saddled with the unenviable responsibility of being the protagonist.

Plus, the story digresses so much that, by the time we reach the admittedly thrilling third act — a Heat-like heist on the company’s truck depot by a group of disgruntled soldiers of fortune led by Jeffrey Donovan and Scott Eastwood — Statham feels like a secondary character.

And, naturally, all of Ritchie’s blind spots regarding women and people of color are still here, though with less farcical humor than in his previous feature, the vivid-but-obnoxious The Gentlemen. Women are hardly seen or heard, save for Niamh Algar‘s Dana, the company’s single female guard who swaggers and quips right next to the boys — until she’s threatened into silence for much of the rest of the picture. And naturally, we get the 3edgy5me race jokes, like a white character with an eye deformity getting the nickname “Jap’s Eye”. Delightful.

The greatest sin of Wrath of Man is it just takes itself too seriously.

Besides its overly-convoluted structure and borderline-criminal misuse of Statham, the greatest sin of Wrath of Man is it just takes itself too seriously. Despite the goofy character names and the quips, there’s little here to indicate Ritchie and crew have their tongue planted all that much in cheek; even Statham can’t manage to muster up his usual dry wit.

Revenge stories usually need a central core of feeling — a man enraged at the world taking something away, and a poetic connection to the person who took it. Here, it’s just one unstoppable badass working way too hard to track down someone he (and the audience) barely knows. The rest is a frowny, self-serious chore.

Wrath of Man busts in your teeth and spins you a warmed-over story of macho greed in theaters May 7th. 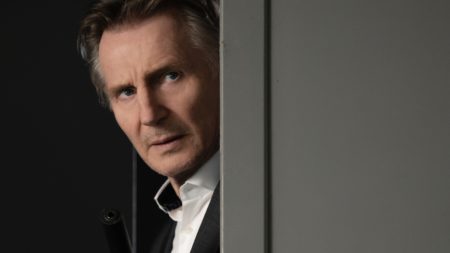 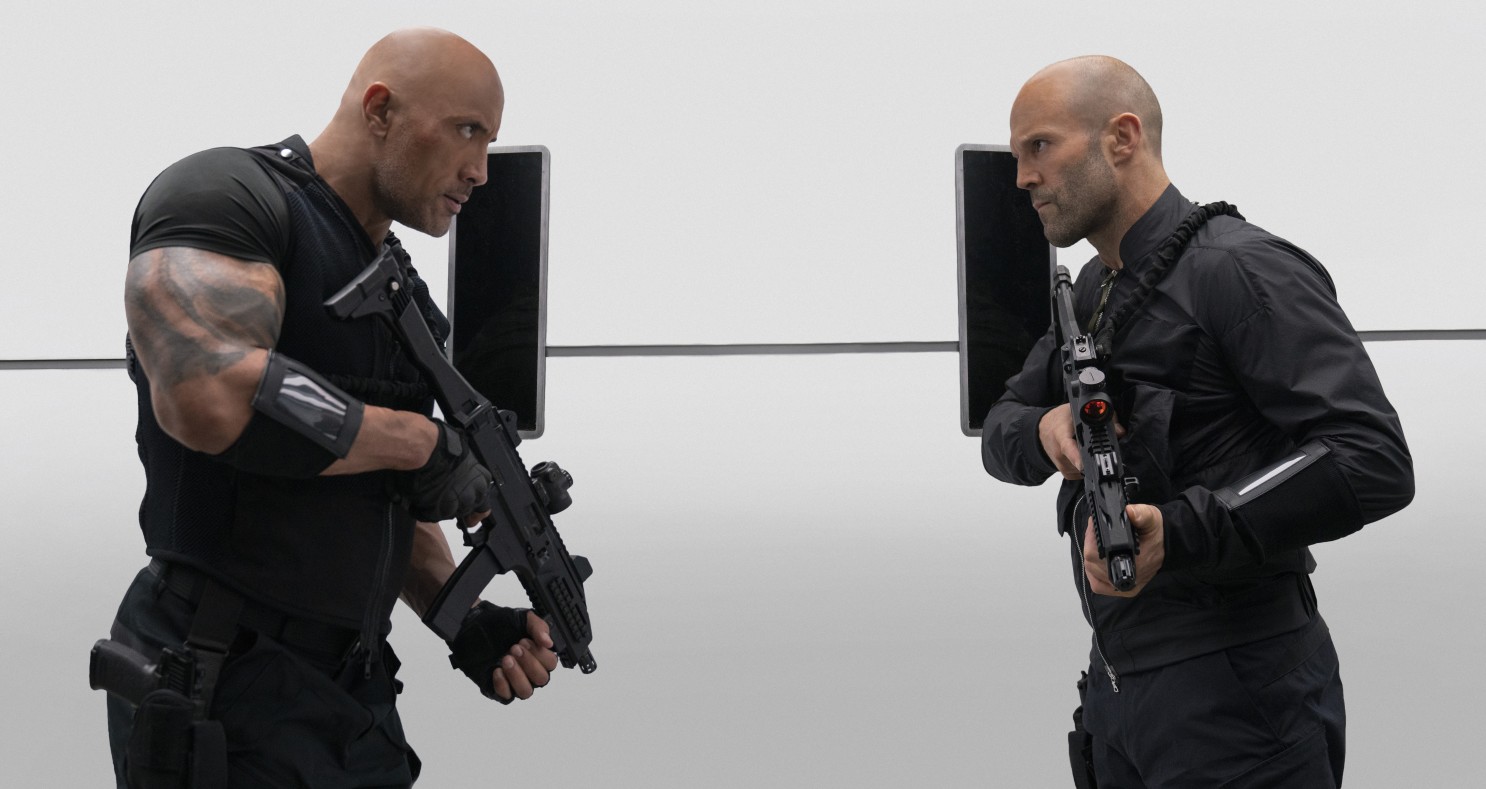 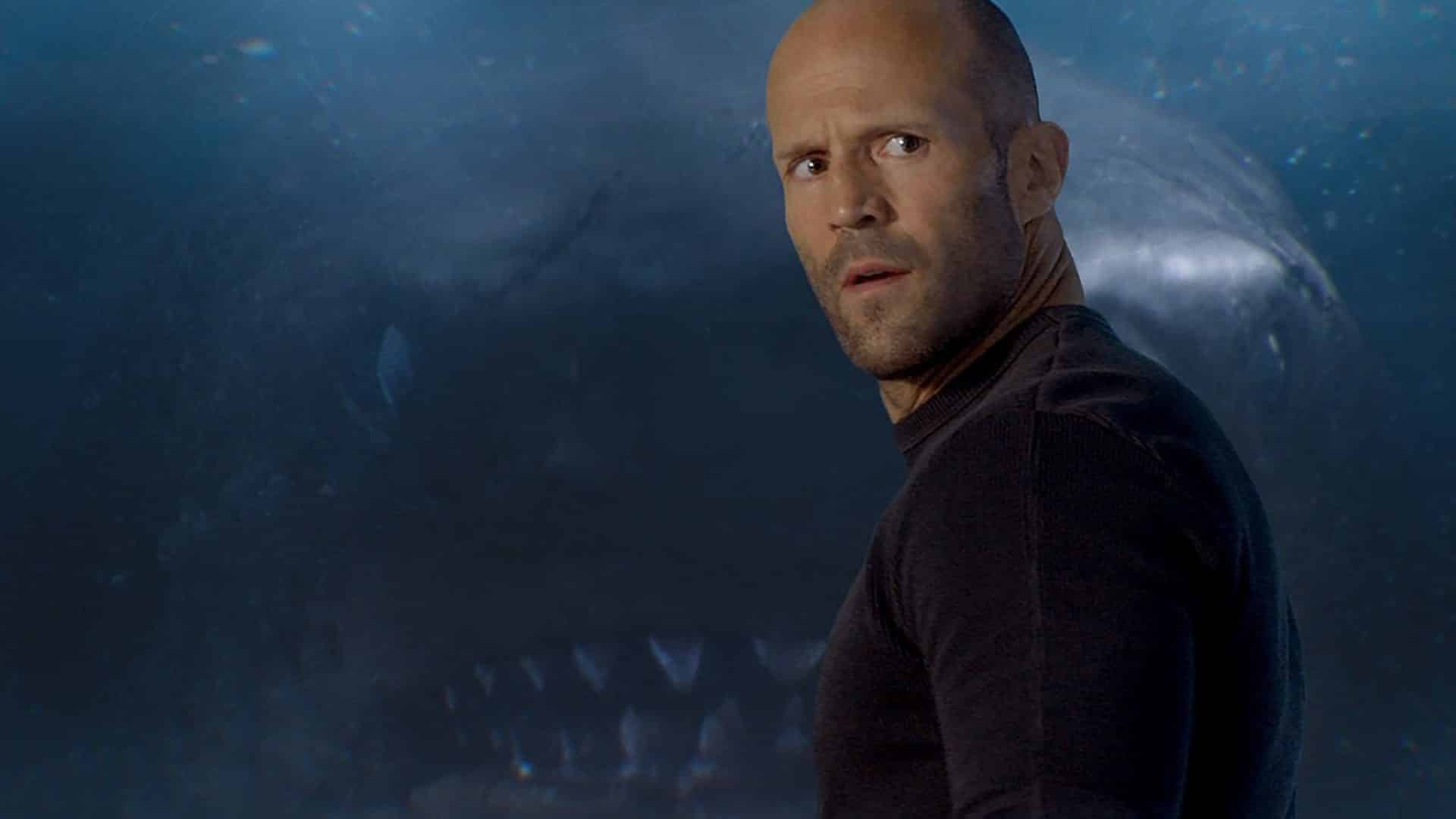 The Meg is the Goofiest, Cheesiest, Most Sharktastic Fin-tertainment of the Summer

The shark schlock comes at you hard, fast, and fun, as Jason Statham battles giant sharks with an international cast in the Deep Blue Sea..