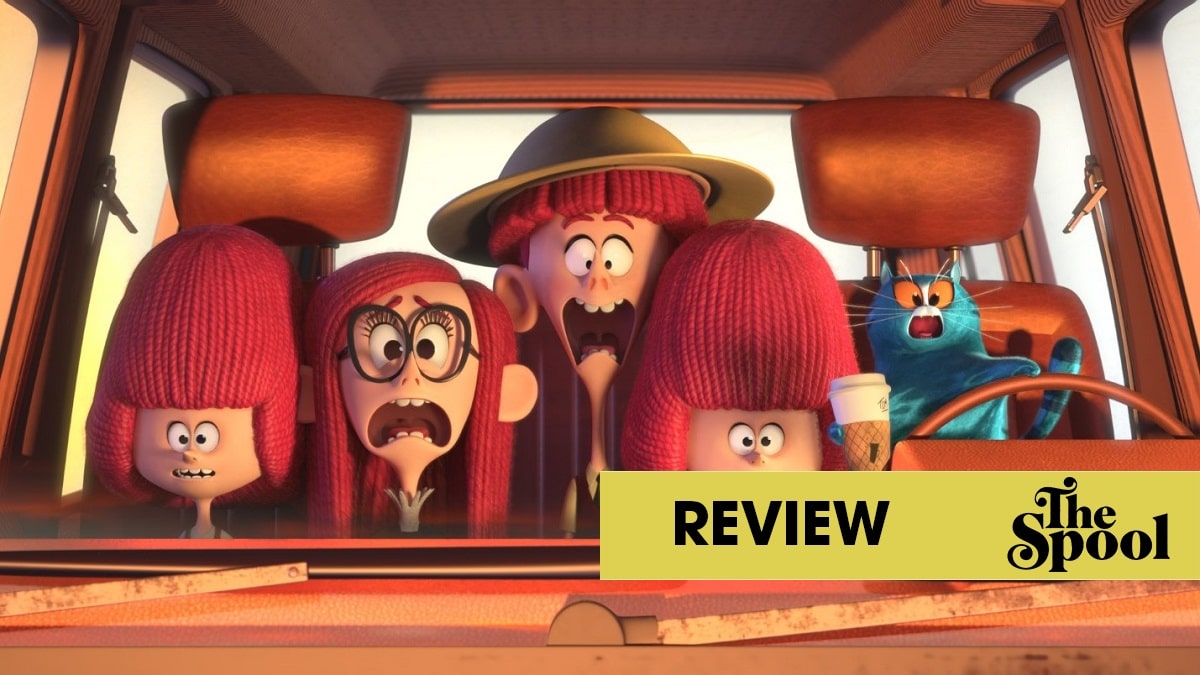 The Willoughbys begins in an unpleasant fashion. As the words “Netflix Presents” flash onto the screen, the film’s narrator, an unnamed blue cat, emerges. This feline, speaking with the voice of Ricky Gervais, informs the viewer that, if they’ve come looking for a children’s story about loving families, they’re in the wrong place. What they’re about to watch is not for sensitive viewers. Why he didn’t also inform the audience that this wasn’t their Mama’s children’s movie is beyond me.

Ricky Gervais being too edgy for the room is bad in any context; him doing decidedly modern comedy in The Willoughbys proves especially misguided, given that its best qualities come from its more timeless attributes.

Once this superfluous narrative device is established, the actual story gets underway, which involves Tim Willoughby (Will Forte), Jane Willoughby (Alessia Cara) and a pair of twins, each named Barnaby (Sean Cullen). They all live under the rule of the worst parents imaginable: Mr. and Mrs. Willoughby (Martin Short and Jane Krakowski, respectively) completely ignore their offspring save for the times they order Tim to lock himself away in the family’s coal bin.

Something’s got to change here. Jane, inspired by an orphan baby she and her siblings recently encountered, comes up with an idea to dispose of those terrible parents. She and her siblings trick their parents to go away on a globe-trotting vacation to dangerous spaces across the globe. In the process, they’re certain Mr. and Mrs. Willoughby will meet a gruesome demise, rendering the four kids orphans.

The various adventures of these cunning children get more entertaining the more screenwriters Kris Pearn and Mark Stanleigh (the former figure also directs) embrace the inherent absurdism of their situation (like a recurring gag where the Barnabys hurriedly swap a singular sweater). Meanwhile, a joke about tardigrades located in Mr. Willoughbys’ hair comes so out of nowhere that one can’t help but cackle. Just the zany body language of the characters inspires amusement.

Pearn and Stanleigh stumble more when it comes to the actual story. In contrast to the best absurdist gags, the plot tends to head down far more formulaic paths. Their writing style channels the cynical, absurdist tone of Roald Dahl and Lemony Snicket, to be sure. But evoking the unpredictable works of those writers only reinforces how The Willoughbys has a bad habit of opting for the tried-and-true, particularly in regards to Tim’s character arc.

Pearn and Stanleigh stumble more when it comes to the actual story. In contrast to the best absurdist gags, the plot tends to head down far more formulaic paths.

At least the derivative parts of the script are more familiar than outright terrible, and there are some moments of extreme aesthetic creativity. Tim and his siblings inhabit a world that looks like a collection of pop-up book illustrations brought to life through scrapbook store supplies. Trees are adorned not with leaves but Papier-mâché while each member of the Willoughby family has hair that looks like it was made out of yarn.

The non-Willoughby human characters are more of a mixed bag in terms of design, with many background figures looking like they stepped out of those recent Kroger ads.

Predominantly, though, The Willoughbys delivers pleasing-looking animation whose colorful and energetic nature is reflected in the voice cast, who take this stylized aesthetic as a chance to run with super-pronounced voicework. Short and Krakowski chew up every syllable in their stylized turns as the wicked Willoughby parents while Maya Rudolph captures a wacky but warm presence in her voice work as Nanny. Best of the performers is Cullen, who opts to deliver each line from the Barnaby twins as if he’s doing ominous ASMR work.

It’s an odd choice, but then again, The Willoughbys tends to thrive when it embraces the unexpected.

The Willoughbys is currently streaming on Netflix.