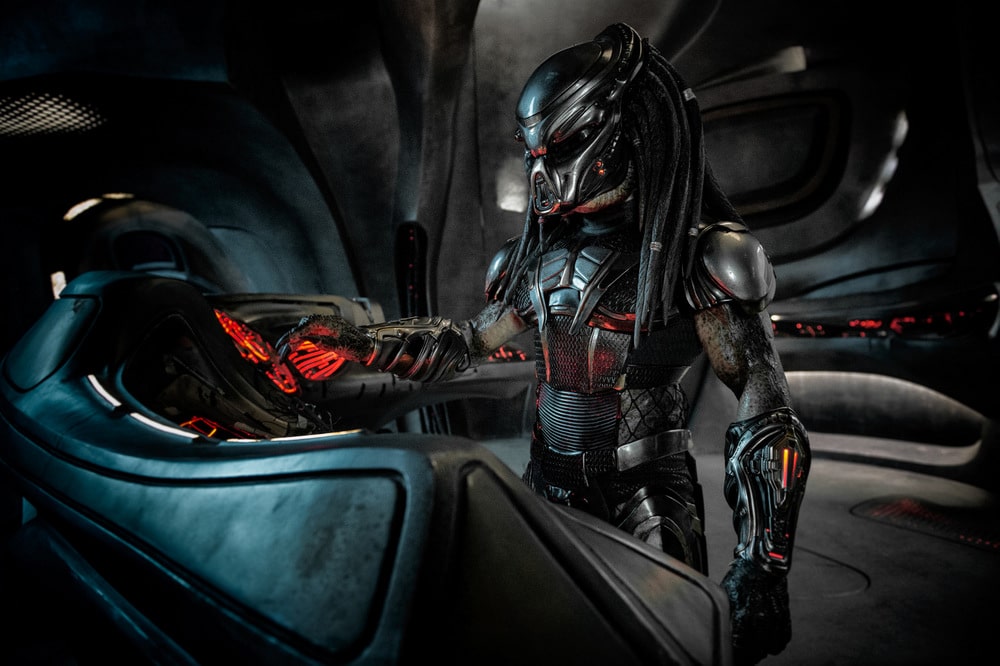 Shane Black returns to the macho 90s alien-hunter franchise he helped spawn, but his irreverent stamp (including a heaping helping of ableism) does more harm than good.

On the surface, Shane Black seems like a great, if unexpected, fit for the Predator franchise. He’s a distinct, irreverent action-comedy filmmaker in his own right, coming out with classics like Kiss Kiss Bang Bang and Iron Man 3 (yes I said it, fight me) right out of the directorial gate. What’s more, he has a long, storied connection to the dreadlocked monster from outer space – he was one of the Marines gutted by the first Predator in 1987’s Predator (and was allegedly cast mostly so he’d be on set to punch up the script). Now it’s his turn at bat for The Predator, the – yeesh – fifth attempt to make a Predator sequel work, and suffice to say his magic touch doesn’t translate to this one.

Perhaps The Predator’s first mistake is in expanding a relatively simple mythology into convoluted nonsense. In case you don’t know about Predators and buff Schwarzenegger-Weathers handshakes and getting to da choppah, here’s the gist: they’re a race of sport hunters who travel around the galaxy (sometimes Earth) to hunt prey and rip out their spines as trophies. In Black’s version, there’s a bit more to it, some gobbledygook about warring factions of Predators, and one Pred’s Prometheus-like attempt to bring humanity a weapon to stave off a Predator invasion.

Caught in the crossfire is Army sniper Quinn McKenna (Boyd Holbrook, deep in Bland Lead Mode), who runs into the titular beastie during an op in Mexico and steals his signature face mask and gauntlet, before he’s captured by government forces who’ve been studying the creature (led by Sterling K. Brown). However, he decided to mail the Pred-tech to his home in suburban Georgia for safekeeping, where his tech-savvy autistic savant son (Jacob Tremblay) picks it up and starts tinkering with it. Eventually, the Predator goes looking for it, and McKenna, along with a xenobiologist studying the Predators (Olivia Munn) and a rag-tag team of military misfits along for the ride (Trevante Rhodes, Keegan-Michael Key, Thomas Jane, Alfie Allen and Augusto Aguilera), have to rescue his son and contend with both sides of the Predator conflict.

Much like the two dueling creatures duking it out for control of the Earth, a good chunk of The Predator feels like Black fighting the studio mandates and genre conventions of the franchise itself. He’s the kind of director who never feels comfortable in a box, and The Predator manages to put him in quite a few. With the right amount of freedom, he can shake free of the shackles (see Iron Man 3), but Fox really pinned him in quite a few corners. His characters are quintessential Shane Black quipsters (Key, Jane and Munn are classic examples of this), but his batting average is way lower here; maybe every fourth or fifth visual gag or laconic verbal snipe works, and much of that is due to sheer force of will from the game cast.

The script is a downright mess, too. Amongst the heaps of unnecessary mythology-building of the Predators (ripping spines isn’t just to get a trophy, but to collect spinal fluid from the galaxy’s greatest warriors to cross breed super Predators), characters appear and disappear from the movie without warning. Entire subplots are picked up and dropped: Quinn’s wife (Yvonne Strahovski) just disappears from the film after being put in danger, and one of the central pieces of Predator tech that is the film’s McGuffin is essentially forgotten. Add to that a deeply messy final act that finally puts our heroes in a forest to hunt down a Predator, but stinks heavily of hasty reshoots and a preposterous ending that teases a sequel in the same obnoxious manner as Independence Day: Resurgence.

The Predator series has never been one for political correctness – the ’87 version is a heaping, veiny mass of toxic alpha-male machismo, filled with blushworthy gay slurs – but Black (and his Monster Squad co-writer Fred Dekker) crudely plop that sensibility into its 2018 counterpart. The film milks a lotta laughs out of Jane’s character having Tourette’s, and Key makes more than a few hella-weak ‘yo mama’ jokes in his introduction. Poor Munn (who’s had her fair share of trials in the week leading up to the film’s release) is saddled with terrible dialogue about their prey ‘evolving,’ as well as not one, but two scenes where she must strip nude for no real reason. Way to break the glass ceiling, Black.

But more than that, The Predator’s greatest trophy is a heaping helping of ableism. Tremblay’s autism is discussed with hushed tones as ‘the next step in human evolution,’ which therefore makes him incredibly qualified to understand Predator tech. Also, because the Preds are trying to collect the best DNA to make their new hybrids or whatever, he’s suddenly on the creature’s menu. Perhaps it’s too much to ask for sensitivity in such a bloody, unabashed throwback to an era when Rain Man was considered breakthrough representation for people on the autism spectrum. But even then, it feels dated and gross today, and really highlights Black’s bro-ier weaknesses as a screenwriter.

Still, you don’t have to resort to arguments that will get you called a soy-boy and cuck on the Internet to bash this movie – if nothing else, The Predator does its title monster a massive disservice. Simply put, the audience gets very little time with the kind of Predator we know and love before the main threat is revealed to be a massive, eleven-foot-tall CG Predator that’s bigger, meanier and less interesting than the original. The practical effects on the shorter Predator are really neat – the prosthetics, the moving parts on the suit – but they simply don’t get enough time to shine. By the closing minutes of the film, it feels like just another monster movie.

Black’s a smart guy, but his version of The Predator forgets to keep it simple, stupid. Instead of tacking on a million subplots, fighting Predator factions, and trying to go bigger, keep it to the basics – a ragtag group of misfit Marines hunting down a sneaky alien in a rubber suit. That way, you can avoid making your film as boring, deeply unfunny, and misguidedly offensive as The Predator ended up becoming. We’ve known this franchise bleeds since the first Alien v. Predator, but Black has proven that we can kill it.

The Predator gets to the theatah-s everywhere Friday, September 14th. 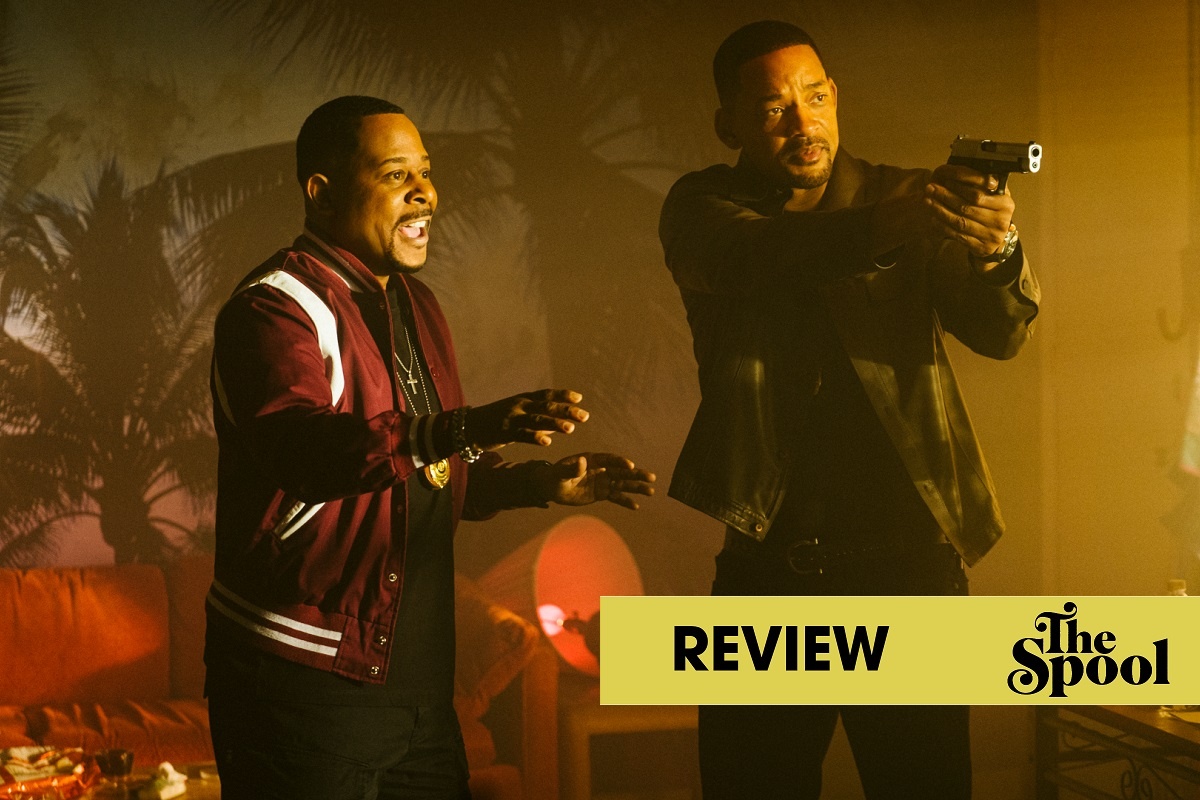 The third entry in the irreverent buddy-cop series looks at old versus new without coming to any real conclusion or purpose. 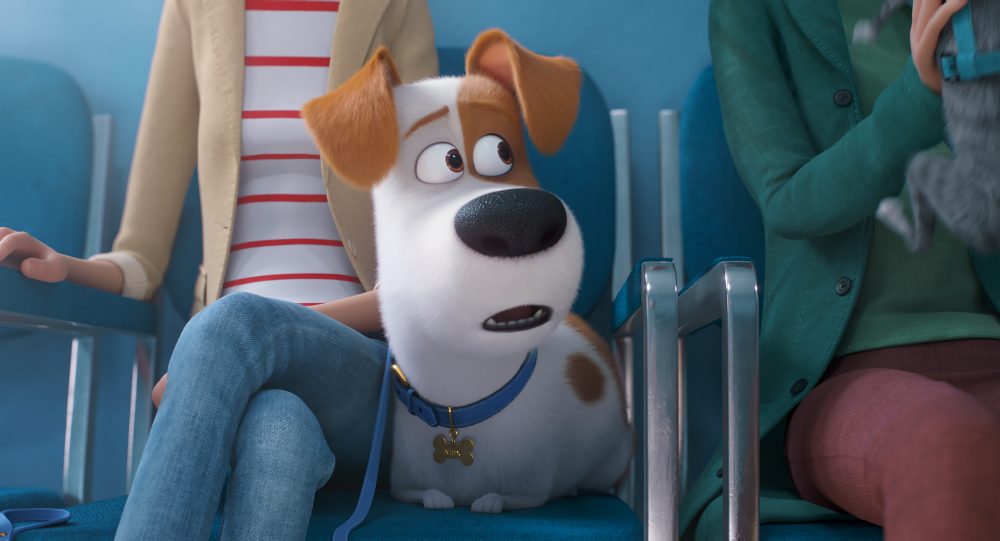 The sequel to the popular 2016 film has its characters learning new tricks, but its overabundance of plot and characters neuter its message. 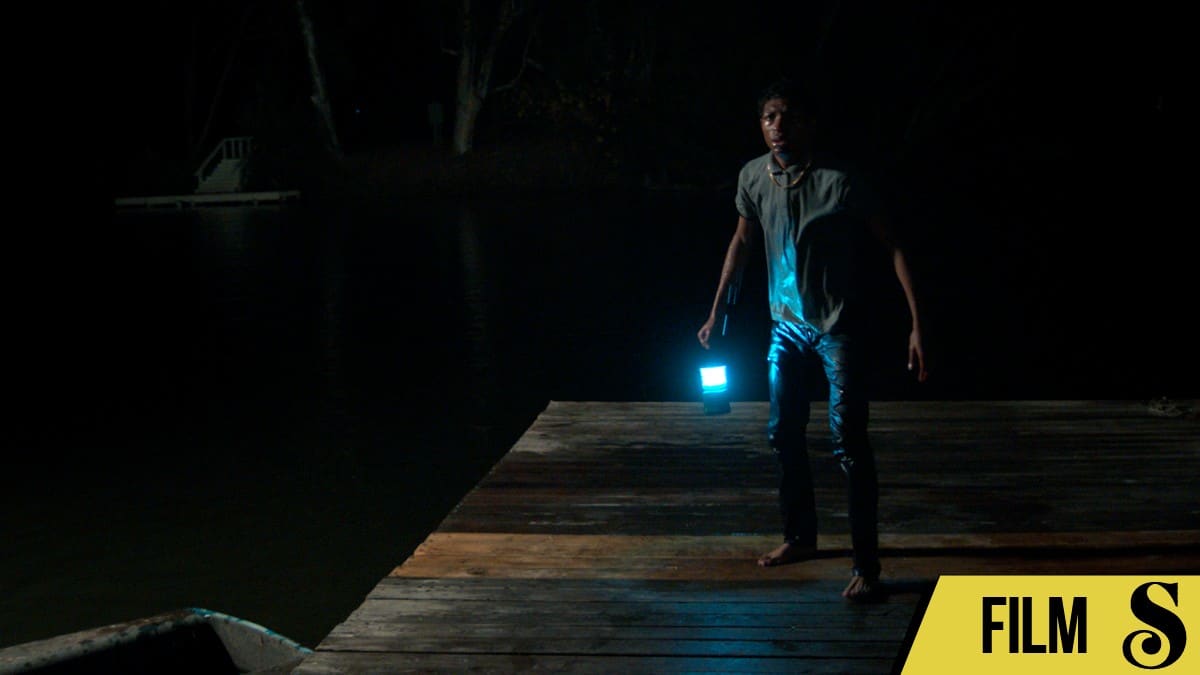 Tribeca 2021: “No Running” stumbles over its sci-fi premise

Delmar Washington's well-intentioned sci-fi parable about racial profiling gets tripped up in the constraints of its budget.