Online dating can often be dangerous; there are a lot of freaks out there, and even those that seem normal may not have benign intentions. Still, while a lot of us have a dating horror story, most of our experiences don’t go quite as wrong as the events of Bill Condon’s (Beauty and The Beast) adaptation of Nicholas Searle’s novel The Good Liar.

Roy Courtnay (Ian McKellen, The Hobbit) makes his living off swindling people, either by tricking businessmen into investing in shady real estate or convincing lonely women to share bank accounts so he can steal the money. His latest mark is a wealthy widower, Betty McLeish (Helen Mirren, Berlin, I Love You), whom he meets on a dating site. Roy quickly charms Betty, even going so far as to fake a knee injury to convince her to let him move into her house. As the pair become closer, Roy convinces Betty to have them join bank accounts so they can make joint investments. However, this con may not be as simple as it first appears.

Much of the marketing for The Good Liar puts a heavy emphasis on its leads, which is the obvious (and best) choice. This film is made by Mirren and McKellen’s performances, both of whom hadn’t acted opposite each other on-screen up to this point. Roy’s duplicity makes it hard not to compare him to McKellen’s turn as Richard III, with McKellen expertly switching between the doddering persona Roy uses with Betty and his sinister true self with ease. Mirren is similarly nuanced, imbuing the ostensibly naive Betty with an underlying edge that makes it clear that there’s more to Betty than meets the eye.

Aside from their individual performances, the pair also have great chemistry together. It would have been easy to have the two be cloyingly sweet with each other, especially with how fast they move in their relationship, but Roy and Betty’s courtship is intriguingly understated. The couple feels almost platonic, and their romantic interest is more based on companionship than desire. Strangely enough, it makes the relationship more believable, as it would make sense that two older people who have been married for years before their partner died would want stability over passion.

While the real draw is certainly McKellen and Mirren’s star power, The Good Liar assembles a handsome cast of British character actors to surround them. Of particular note is Betty’s grandson Steven (Russell Tovey, Quantico), and Roy’s partner in crime Vincent (Jim Carter, Downton Abbey), who act as confidants and foils in equal measure depending on whose side of the equation they’re on. The Good Liar’s plot is quite insular, constrained mostly to our two leads, so the supporting cast helps Roy and Betty feel grounded with the rest of the world.

Despite the compelling characters and stellar cast, the plot is a bit lackluster. At its core, The Good Liar is a mystery that doesn’t give the audience the clues needed to solve it. The film keeps Roy’s backstory vague, and while there are a few clues and foreshadowing planted in the narrative, they aren’t clear until the audience is given exposition. It’s obvious that there is some sort of twist that will be revealed in the climax, but you wouldn’t be able to guess what it is, no matter how closely you watch it.

While it’s always nice when a movie surprises you, an unexpected twist is only effective if it’s actually unexpected. Expecting some sort of reveal in the third act can work, but in those cases, it’s good to give your audience enough clues and red herrings so that they can have plausible theories that are hopefully wrong. As is, the audience is left watching a film, waiting for a twist that they can neither be surprised by nor figure out ahead of time.

At its core, The Good Liar is a mystery that doesn’t give the audience the clues needed to solve it.

This issue is compounded by the fact that much of Roy’s schemes lean on Dark Knight levels contrivance and convenience. There are several instances where Roy makes up an excuse to leave and then offers to have his mark join him, assuming they’ll say no. If the mark had just said yes, he would have been revealed. The characters also have portable keypads that they use to transfer money into offshore accounts. Granted, the story is set in 2009 when smartphones were less prevalent, but I can’t imagine any bank would make it so a keypad would be the only way a character could access their account as opposed to a website.

That isn’t to say that none of the plot works: one subplot in which Roy cons a group of businessmen into giving money for real estate investment leads to some of the film’s most exciting scenes. A confrontation between Roy and one of his victims, Bryn (Mark Lewis Jones, Carnival Row) in the Tube leads to a violent altercation that, suffice to say, shows what a credible threat Roy is despite his age, and makes you fear for Betty’s safety.

Despite The Good Liar’s many plot issues, it remains a cracker of a thriller that’s worth a watch. Even as little more than a showcase for McKellen and Mirren’s considerable talents, there’s a lot to get you through what is otherwise a boilerplate BBC movie of the week. If nothing else, watching The Good Liar will make you think twice about swiping right on Tinder.

The Good Liar charms its way into theaters to steal your money November 15. 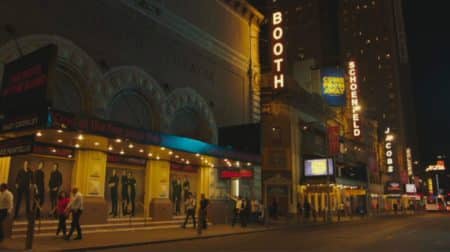 On Broadway only tells part of the illustrious street’s story 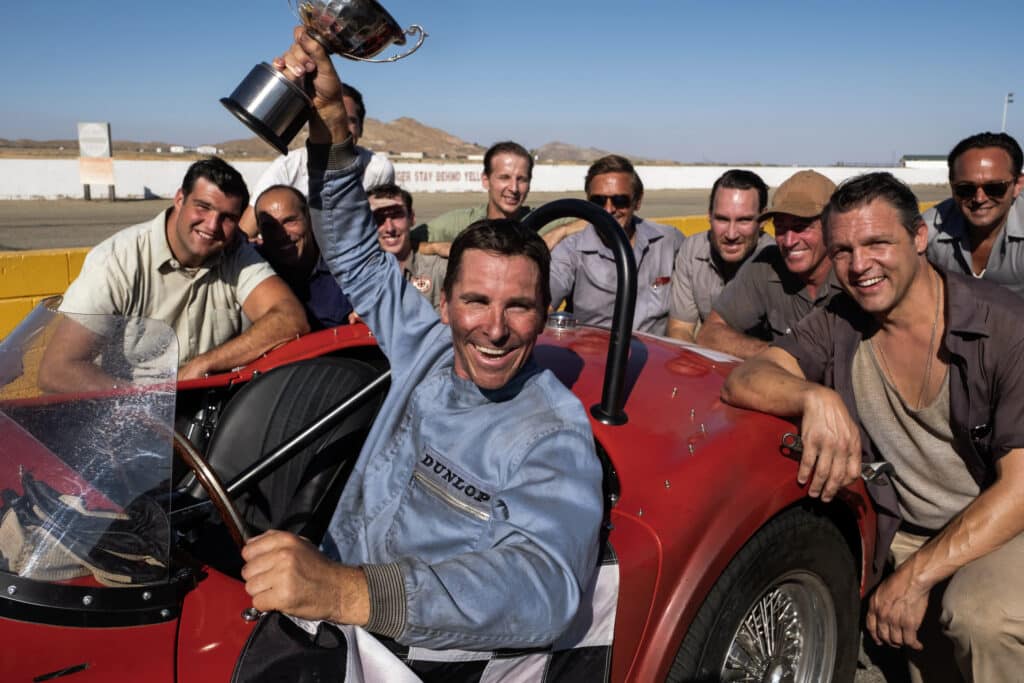 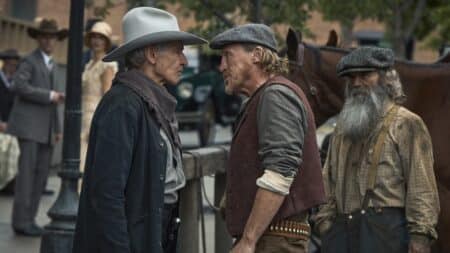 1923 is all possibility but little is tangible yet

Taylor Sheridan’s newest chapter in the Yellowstone franchise has plenty on its mind and plate, but its too early to say if it’ll all work.