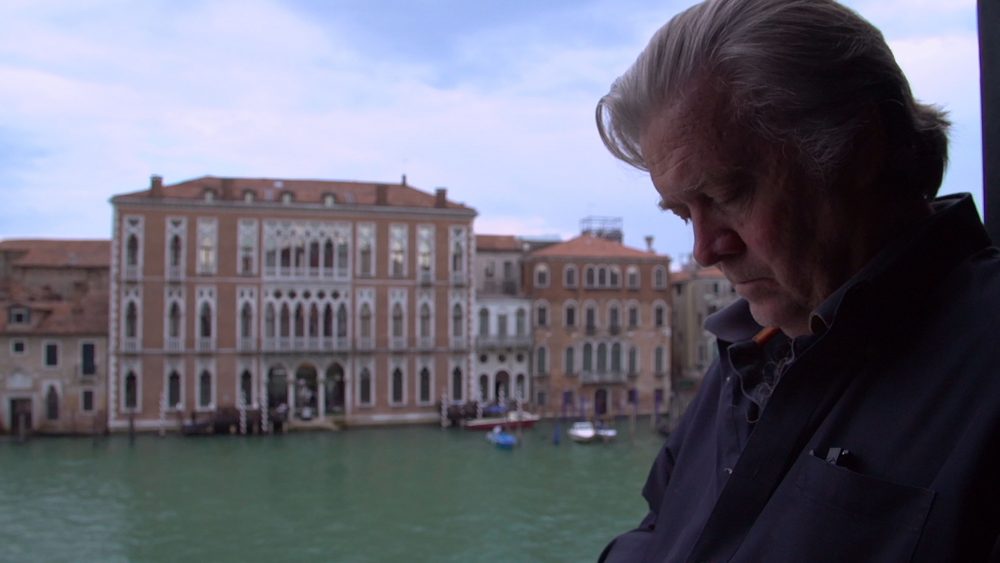 Alison Klayman delves deep into the disturbing nihilism of the Breitbart figure in this uneven, but compelling documentary.

“Ah, a rose between two thorns!” Steve Bannon says as he poses for a picture with a coworker and a fan. He curates the photo ops with great care and no real effort, usually using blonde women as props. After someone takes the picture, he sends her away with a wave and a smirk. It’s nothing if not robotic, but does that make it inauthentic? Not quite. In Alison Klayman’s documentary, everything seems just on the edge of ersatz.

This particular set piece happens about three or four times in her film, and while the circumstances change, one thing’s always the same. There’s a split second before the camera flashes that Brannon seems to come alive not by his own accord but by the perverse purity of his supporters, thriving moment to moment on contiguous emotions. Then the flash goes away. And now he’s bored again, a second-rate Machiavelli whose self-centered nihilism has no borders.

This rise and fall recurs throughout Klayman’s documentary, but its strongest moments don’t hinge on politics. The film—which tracks Donald Trump’s former White House Chief Strategist from fall 2017 to the November 2018 midterm elections—frames him as being on a constant plateau. He’s on the rise in his own mind, but that doesn’t add up to any real climax. There’s no moral compass, no real right or wrong. He’s an opportunist who’s as detrimental as his surroundings allow him to be.


Klayman runs parallel to her subject in logic and reason. She sees him; she even understands him. But she doesn’t bother crossing his path.

But does the film present Bannon as a good person? Of course not. Klayman makes it clear that she doesn’t agree with Bannon’s politics by focusing on his opponents’ reactions. She coats a red gradient over his posses that rob them of most humanity. They’re the machine and Bannon is the ghost inside of it. There are no explicit wrongdoings on display, and while The Brink has a droll sense of humor at times, there’s a pity in how it trudges through its subject’s amorality.

And it’s in this grey area where The Brink says the most. It’s just before the halfway point that the film gives less attention to title cards and political exposition, and it isn’t a coincidence that that’s when Klayman runs parallel to her subject in logic and reason. She sees him; she even understands him. But she doesn’t bother crossing his path.

Rather, she jogs alongside him, her fittingly loose eye rolling and focusing with gentle aplomb. The Brink is a documentary that, in spite of its narrative inconsistencies, moves well enough to constantly engage. Some of that has to do with the inherent entertainment value of such a polarizing person. Some of that has to do with how Klayman juxtaposes tragedy and absurdity until they blur together. The director doesn’t show the most consistent approach in editing or pacing, though, and her adherence to a regimented structure can force the film into an arc that simply isn’t there. When this happens, the film falls to its messiest impulses.

When it tidies up, it explores how evil isn’t the main issue here. It’s the absence of good, and the film loses sight of this from time to time. If anything, The Brink’s admittedly meager observations provide for more room for audience interpretation, and while this doesn’t seem purposeful, it has enough of a quiet voice to color most of the film. Bannon might detach himself from everything he perceives as fruitless, but Klayman embraces that sense of decay, no matter how wavering her final result may be. 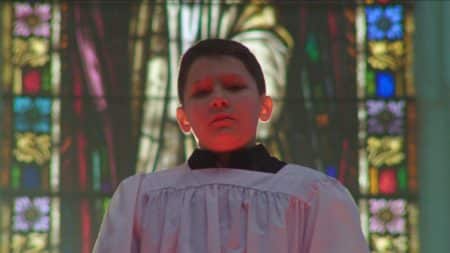 Procession is a compelling but uneven look at the long, hard road to healing

Robert Greene's documentary centers the pain of six men haunted by child sex abuse, but struggles to see past their trauma. 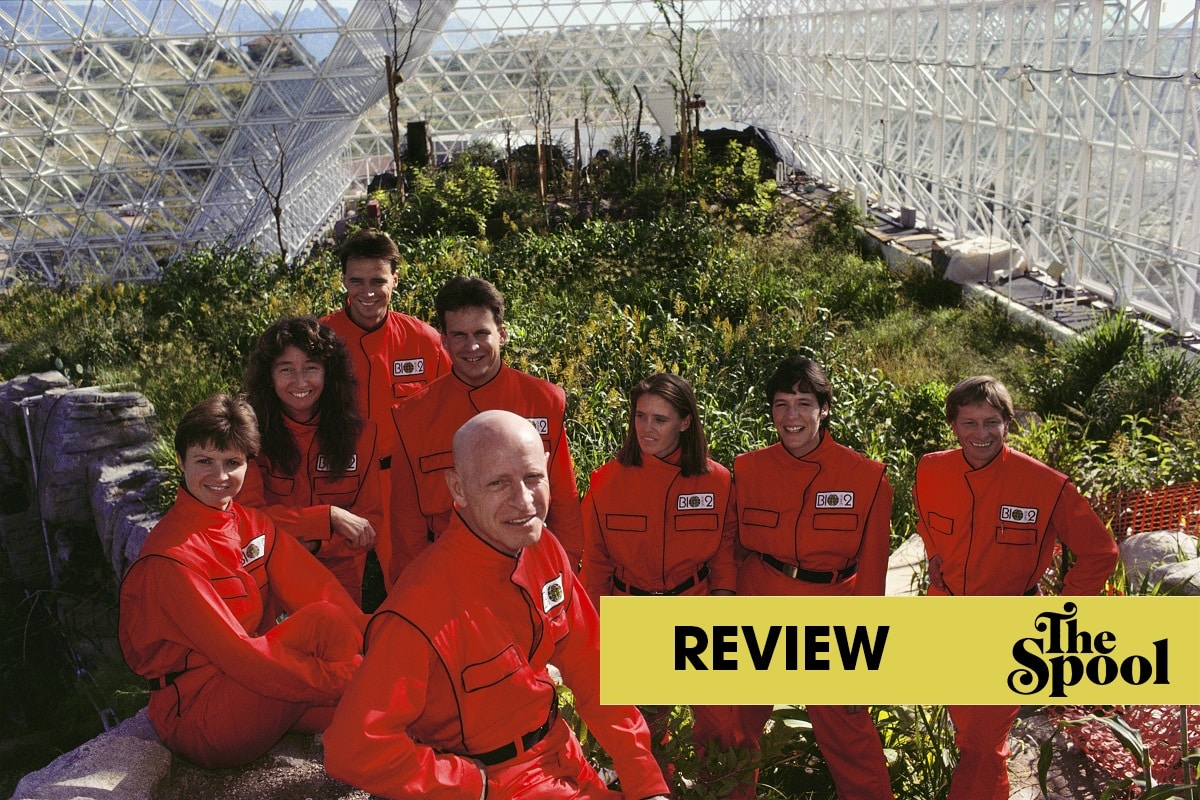 “Spaceship Earth” is a more bizarre quarantine than our own

Matt Wolf's documentary about the ill-fated science project is a bizarrely perfect fit for our self-isolating times.