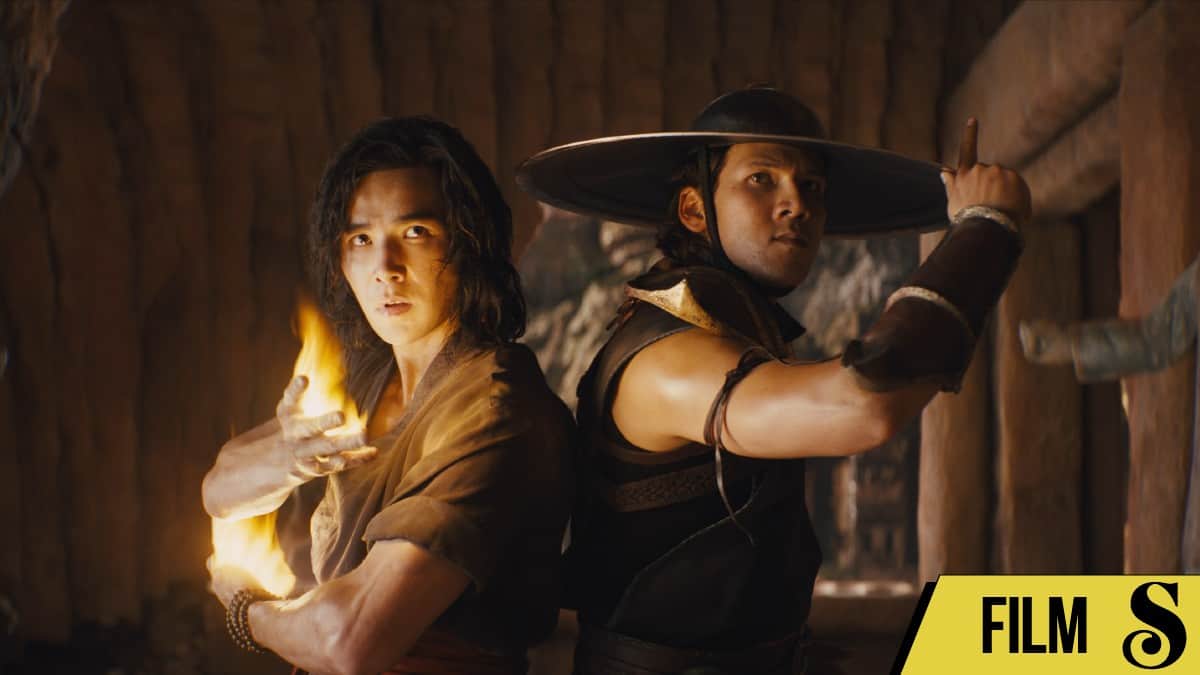 No number of CGI-blood-soaked fatalities can elevate the TV-show feel of Simon McQuoid’s halting, wooden adaptation of the fighting game series.

I’m hardly the first person to observe that the history of video-game adaptations has been replete with messy failures; the challenges of adapting stories that are, by necessity, flat and formulaic to allow players to project themselves onto the kharacters seem virtually insurmountable. Paul W.S. Anderson’s 1995 take on Mortal Kombat was one of the few to break that mold, mostly because the charming kast, simple story, and kickin’ techno soundtrack were so alchemically appealing that it coalesced into good schlock this time, rather than bad.

In a lot of ways, that serendipitous success doubly dooms first-time feature director Simon McQuoid‘s 2021 reboot of the series, Mortal Kombat, because this time it has an actually good example to set itself against. But even without that gold(?) standard to kompare it to, Mortal Kombat doesn’t just disappoint as an adaptation of the game series: it barely holds together as a dumb-but-fun action film.

Mortal Kombat, as if you don’t know, is a once-in-a-generation tournament in which champions from the various realms of the universe (including Earth and Outworld — “the most brutal and murderous of all the realms,” intones Ludi Lin‘s Liu Kang) come together for a to-the-death battle for the fate of each realm. You lose ten tournaments, the winner gets your realm. Outworld, and its sorceror champion Shang Tsung (Chin Han), have won nine, and they’re coming for Earth; thunder god Raiden (Tadanobu Asano) then sets about kollecting champions to defend Earth in the tournament.

Except, and this is the first and most obvious of Mortal Kombat‘s problems, the tournament never komes. Instead, the film’s nearly two-hour runtime feels like an overextended lead-up for an inevitable sequel that would actually feature the tournament itself. In its place, the bulk of the film is komprised of rushed origin stories and an extended training session for Earth’s mightiest heroes — including series stalwarts like soldiers Sonya Blade (Jessica McNamee) and Jax (Mehcad Brooks), warrior-monk Liu Kang and his kousin Kung Lao (Max Huang), and Aussie shitkicker Kano (Josh Lawson). Plus, of course, there’s the historic rivalry between Scorpion (Hiroyuki Sanada) and Sub-Zero (Joe Taslim), which komes to a head in the film’s opening flashback and… doesn’t really factor in until the film’s rushed klimax.

Where it does play, however, is in the backstory of Cole Young (Lewis Tan), the film’s ostensible lead, an original kharacter meant to usher audiences into the konvoluted mythology of Mortal Kombat. He’s a down-on-his-luck MMA fighter with a plucky daughter and supportive wife, who get little to do besides serve as cheap background motivation.

I feel for Tan, an immensely talented stuntman and martial artist who’s given bupkis to do here; Cole’s a wet rag of a protagonist, a total blank slate who never gets filled in enough to make us kare about him, whether as a human being or even just a body in motion for the film’s muddied fight scenes. (His mysterious konnection to another MK kharacter also feels lackluster, as does the eventual special powers he discovers, which include a… golden shirt that absorbs power like Black Panther, I guess?)

For a film so klearly designed as little more than fan service, the liberties it takes with the komplicated Kombat mythos beggars belief. In Russo’s version, everyone’s special powers come from their “arcana” — the power that comes from the inner depths of their soul. It’s a nifty shorthand for “believe in yourself” character journeys, but logistically it just feels silly. Sure, I get harnessing your spiritual powers to fling a fireball or learn how to teleport. But Jax’s arcana is growing metal arms? Kano’s is a robot laser eye? And the ways in which our kharacters unlock their arcanas are clunky and ill-defined, ranging from “fulfilling your destiny” to “getting really mad.”

Now clearly, all McQuoid and krew kared about delivering were brutal, bone-krushing fights; much ballyhoo has been made of the R-rated mayhem and violent fatalities the film’s set to provide audiences. The problem is, despite the obvious talent of many of the kast on display (especially Tan, Taslim, and Huang, all action stars in their own right), McQuoid’s action direction leaves a lot to be desired. Apart from a couple of inventive showdowns — the opening melee between Scorpion and Sub-Zero, an early dustup involving Reptile — it’s just repetitive kick-punch-kick-punch choreo that doesn’t bring much new to the table.

It doesn’t help that Germain McMicking’s flat cinematography shows the constraints of the obviously limited budget, and the arenas themselves are pretty disappointing. Get ready for knock-down, drag-out fights in… a trailer park! A farmhouse at night! Plus, the film’s helter-skelter pacing means that many of the third-act fights happen practically in montage, which feels especially cheap. (We don’t even get fun, kitschy techno, just a rote, bloop-filled Benjamin Wallfisch score.)

A lot of Kombat‘s flaws could be forgiven if the fights were any good, but with few exceptions they’re just not. The kast aren’t given much room for life, either: the villains, especially, are given little to do but glower and say their names when they walk on screen. Of the kombatants, the only one to really stand out is Josh Lawson’s Kano, whose merc-with-a-mouth abrasiveness at least make him interesting. (You can tell Lawson improvised a lot of his quips, because they’re the only lines that show any personality.) But honorable mentions go to Sanada, who does a lot with a little as O.G. Scorpion, and Lin, who finds interesting glimmers of vulnerability in his pious, mentor-like Liu Kang. But for the most part, no one feels like they’re having any fun, which is the real bummer of it all.

Even for a video-game adaptation, Mortal Kombat feels held together by duct tape and perceived fan enthusiasm; it’s the ultimate product of a studio mindset that patronizes a fan-kulture audience that will grasp at any recognizable object dangled in front of them. When kharacters smirk and say, “Fatality!” or “Use your uppercut!” practically to the camera, it doesn’t matter that it doesn’t seem like the kind of thing they’d naturally say. All that matters is you recognize those words, and you’ll klap and guffaw in recognition. Not even Paul W.S. Anderson thought that little of you.

Mortal Kombat rips out your brain stem and asks the least of you in theaters and on HBO Max April 23rd. 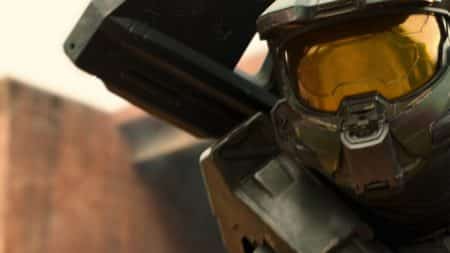 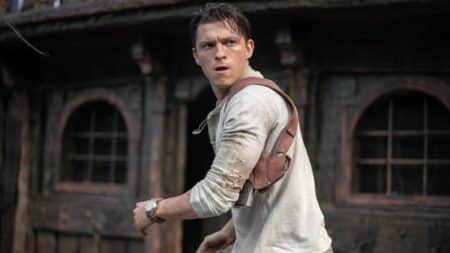 Despite a strong lead performance from Tom Holland, this video game adaptation doesn’t fully escape the curse of its forebears.