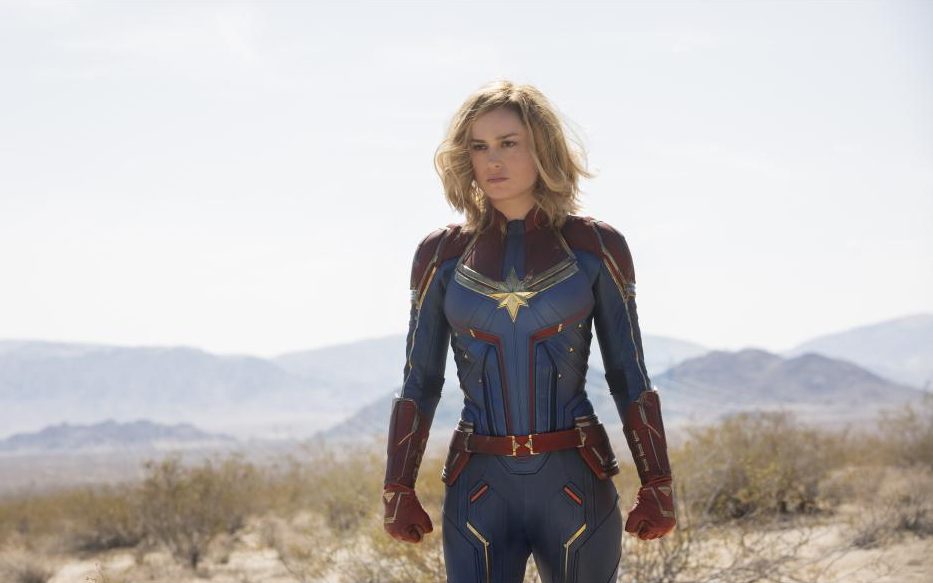 Intimate in scale and more complicated than it lets on, Marvel’s first female-led superhero film is a modest but meaningful success.

The grand experiment that is the Marvel Cinematic Universe is grinding inexorably to a close – with Avengers: Endgame coming out in a matter of weeks, and the death of Stan Lee just a few months back, the current superhero era as we know it will effectively be over by mid-summer. Marvel movies are in a curious place right now (hell, Black Panther just won a bunch of Oscars), leaving Captain Marvel in a really interesting position in the realm of superhero sociopolitical capital. Like Black Panther, its release has been given a great deal of cultural importance; online troglodytes have been raising a stink about the movie, downvoting it on Rotten Tomatoes before it even comes out, another effigy burned on the altar of the culture wars. Whether you herald the film as a pioneering work of representation for women, with the experiences of womanhood necessarily baked into the frame, or you’re terrified that there’s a big-budget superhero movie about a woman who learns the value of her own power, your identity will heavily, inevitably inform how you receive Captain Marvel.

(I typically try to avoid inserting too much of myself in my reviews; I prefer to let the work speak for itself, with the presumption that my writing is coming through the prism of a very specific viewpoint. But here’s me, a man, writing a review about a movie that will justifiably mean a lot more to the women who watch it than I will. Don’t get me wrong, I really enjoyed it – like really, really enjoyed it, for reasons I’ll elaborate on later – but there will be experiences, sensations, sensibilities from its female audience (and critics) that I can’t possibly understand. So I appreciate you reading my review, but take care to read what female critics also have to say on this one.)

On the surface, Anna Boden and Ryan Fleck‘s cosmic space adventure feels like a late-period Marvel origin story of a type with Doctor Strange, but in reverse. Carol Danvers (Brie Larson) is a fully-formed superhero by the time we meet her. A wise-cracking, laconic warrior for the Kree (the blue-faced folks we saw in the first Guardians of the Galaxy), Carol – an amnesiac known only as “Vers” – spends her time training with paternalistic mentor Yon-Rogg (Jude Law) and fighting their mortal enemies, the shape-shifting lizard folk known as Skrulls. “I want you to be the best version of yourself,” Yon-Rogg says to Vers, a statement that reads as uplifting male allyship at first brush, but grows more complicated and stifling as the film progresses.

Long story short, after a melee with the Skrulls, and their mind-reading technology awakens some long-lost memories of her past, Vers crash lands on Earth circa 1995 (as the Blockbuster Video she busts through cheekily tells us). There, she quickly sets about trying to stop the Skrulls from infiltrating the planet with the help of a young Nick Fury (Samuel L. Jackson, smoothed out and slimmed up thanks to Marvel’s increasingly-disquieting command of de-aging CG technology), on top of figuring out the source of her powers and past.

Identity is front and center of Captain Marvel‘s concerns. For Carol, her search for who she is becomes inextricably linked to her womanhood: flashbacks to her past show her living a life of constant gendered underestimation from childhood bullies, her father, her fellow pilots, and so on. It’s a message Captain Marvel wears on its intricately-designed spacesuit sleeve; you’ll hear lines like “you’re not strong enough!” coming from sneering men, paired with Carol defiantly proving them wrong. But honestly, in a world where trolls still complain about feminism being cancer and fake geek girls taking over nerd culture, it’s really not much of an ask to have a film this boldly and directly empowering for the women at its center.

As Carol, Oscar-winner Larson handles the role well, throwing herself into the action beats as gleefully as she doles out wisecracks. But one casualty of the character’s amnesia, and the film’s desire to reverse-engineer her leaves Carol herself a little shortchanged at times. Her journey is to rediscover the awesome person that she is, which often involves her sliding back into old habits, whether they riding a motorcycle or reconnecting with her fellow test pilot and best friend Maria Rambeau (Lashana Lynch). Carol’s stalwart confidence can read as a little one-note at times – Boden and Fleck seem reticent to give the first female superhero many personality flaws – but it’s interesting to see an origin story where the twists and changes come from outside forces, rather than its fully-formed and actualized heroine.

But Carol’s not the only one fighting an identity forced on her by others; the Skrulls, led by the deliciously casual Talos (Ben Mendelsohn, channeling Dryden Vos with a few more layers), have their own motivations for their visit to Earth and their interest in Carol. These end up dabbling in ideas of propaganda, demonization, and Otherizing that aren’t surprising, but they are interesting. Almost all of the main characters struggle against the expectations set on them, whether as women, or people of color, or demonized enemies of an intergalactic war. In these ways, Carol’s victories become those of her friends, making her an unexpectedly inspiring figure for both her supporting cast and the film’s viewers.


In a world where trolls still complain about feminism being cancer and fake geek girls taking over nerd culture, it’s really not much of an ask to have a film this boldly and directly empowering for the women at its center.

And, of course, there’s Nick “Everybody Just Calls Me Fury” Fury, the 70-year-old Jackson playing him as the kind of spry, wisecracking thirtysomething action leads he used to play in the 90s. In fact, Fury’s affable chemistry with Larson, and their partners-in-crime reminds one of The Long Kiss Goodnight. The 90s references stretch a little too far – the needle-drops lay it on a bit thick by the end, and one action scene features a dustup in a spaceship inexplicably filled with arcade cabinets and foosball tables – but the period aesthetic feels refreshingly incidental. Captain Marvel takes place in the 90s, but it’s not about the 90s. There’s also a lot of place-setting Easter eggs for fans, which get fairly gratuitous by the end, but they’re charming enough ways to revisit the franchise as it nears the end of its current incarnation. And as the first official MCU film to come out after Stan Lee’s passing, rest assured that you’ll get your fill of tributes to Stan the Man.

While an entertaining origin story in its own right, Captain Marvel also has to do the heavy lifting of setting up a character that will pay off in the future, and offer some Cosmic Marvel-level thrills and laughs along the way. There are bits and pieces of Thor: Ragnarok‘s irreverence, Guardians of the Galaxy‘s aesthetic (and some of its characters, like cameos from Lee Pace‘s Ronan the Accuser and Djimon Hounsou‘s Korath), and Iron Man 3‘s dedication to playing fast and loose with its main villain. Plus, there’s Goose the Cat. Praise be to Goose the Cat; I look forward to his inevitable solo film.

But Captain Marvel‘s qualities extend beyond its nature as a perfectly serviceable placeholder origin story – its cultural value as a female-led superhero film, one in which its women literally and figuratively empower themselves, is impossible to deny. 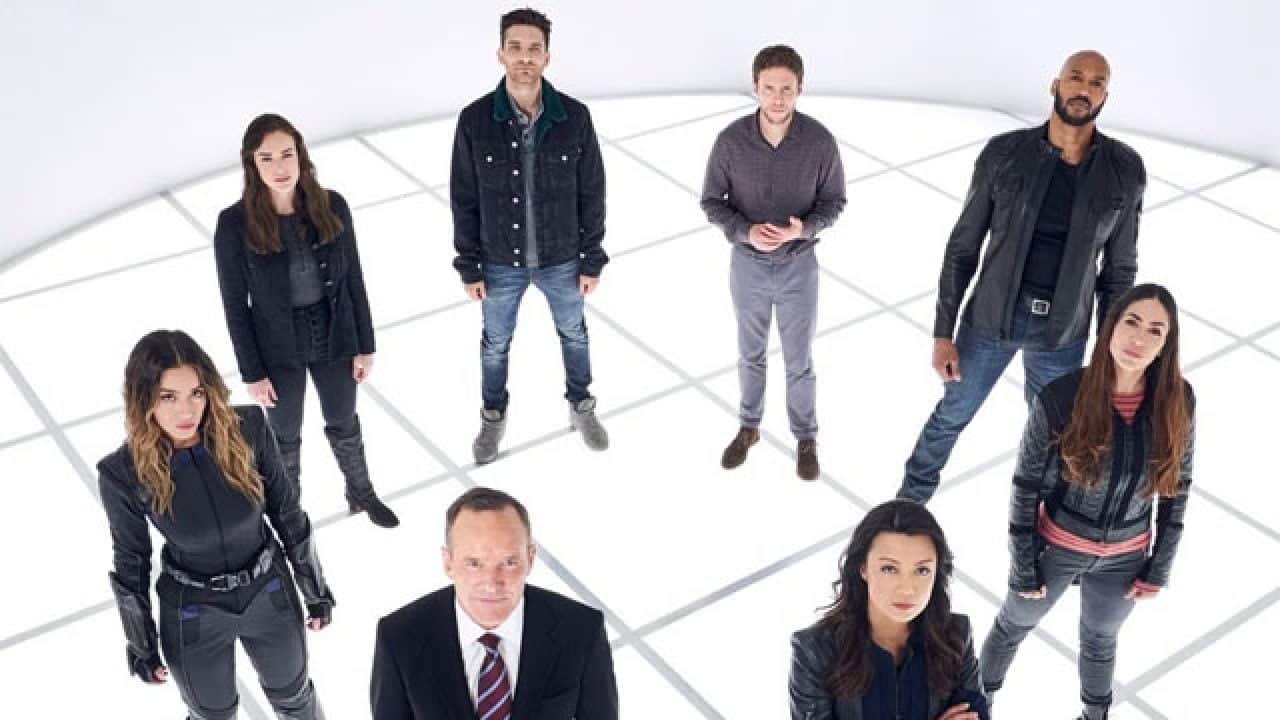