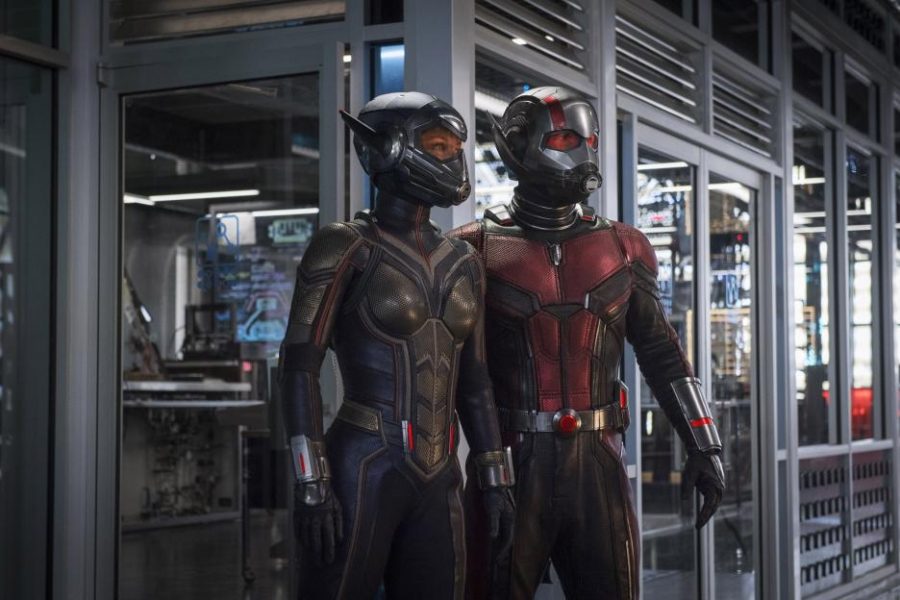 Marvel’s first placeholder till the next Infinity War is a more assured caper comedy than the first Ant-Man, but it’s almost too lightweight to make a real impression.

When the credits rolled for Avengers: Infinity War, we all walked out of the theater thinking the same thing: We have to wait through two more Marvel movies to see what happens? In the wake of such portentous, earth-shattering, undoubtedly reversible events, there’s really only one way to go: set it in the past and make it as light as possible. With Ant-Man and the Wasp, we get a pre-Infinity War lark that’s long on personality and irreverence, almost to a fault. Still, as placeholders go, you could do far worse.

Now squarely in the hands of Peyton Reed (who took over for Edgar Wright after he left the first Ant-Man), Ant-Man and the Wasp shows Scott Lang (Paul Rudd) at the tail end of a two-year house arrest for helping Cap (“That’s what we call him,” Scott says) during the events of Civil War. In the wake of the Sokovia Accords, Dr. Hank Pym (Michael Douglas) and Hope van Dyne (Evangeline Lilly) have gone on the run, working tirelessly to bring back Hope’s mother Janet (Michelle Pfeiffer) from the Quantum Realm after being lost there 30 years ago.

After a major breakthrough, Hope (who now has her own super-powered suit and goes by the Wasp) and Hank sneak Scott out of his house arrest and solicit his help to get Janet back – see, he’d seen Janet at the end of the first Ant-Man when he popped into the Quantum Realm and found a way back out. However, all their research catches the eye of low-level black marketeer Sonny Burch (Walton Goggins) and, separately, a phase-shifting assassin known as Ghost (Hannah John-Kamen), leading to a three-way chase to see who can get access to Pym’s quantum technology first.

As the middlebrow sitcom wing of the Marvel Universe, the Ant-Man films are respectably mediocre, with their giddily inventive shrinking gimmicks and willingness to cast off-kilter comic actors as straightforward superheroes. While Ant-Man and the Wasp doesn’t shake that formula, it definitely feels more assured – Reed was in control of the project from day one this time, no longer having to juggle between his and Wright’s distinct comic sensibilities. Reed’s a comedy director through and through, and Ant-Man and the Wasp affects the airiness of some of his better works, like Down with Love or Bring It On, the film more concerned with landing jokes than punches.

The Ant-Man powers lend themselves easily to comedy, and Reed knows that, Ant-Man and the Wasp continuing the previous film’s tradition of having fun with scale. Office buildings shrink down to the size of carry-on luggage (complete with retractable handle and wheels); Hank keeps a tire-shaped Hot Wheels case full of fully-functioning shrinkable cars on hand. Lang’s new suit is a ‘work in progress’ and prone to shrink or embiggen him at random, leading to fun sequences like a half-pint Scott drowning in a child-sized hoodie as he sneaks through his daughter’s school to steal an important part. The Marvel movies don’t want for gags, but it’s really nice to see the Ant-Man wing of the MCU embrace such a sense of play.

One of the biggest victories of Ant-Man and the Wasp is that, like Civil War before it, it lets Rudd be Rudd. Rather than the tamped-down Lang we got in the first, where Rudd’s effortless comedic talents felt tamped down by the repurposed tone, Reed lets Rudd go full-tilt Bobby Newport. Not unlike his goofier role in Civil War, Lang is a well-meaning dunce who saves the day more often by sheer accident – whether he’s riding a flatbed truck like a scooter or naming his ants punny new names (“I’m gonna call you Ulysses S. Gr-Ant!”) right before they get summarily killed, it’s fantastic to see them go the Inspector Gadget route for Ant-Man this time around. Also, he’s a great dad, and the moments where he gets to spend time with his daughter Cassie (the effortlessly adorable Abby Ryder Fortson) are some of the film’s most tender beats. (He even has a cute co-dad dynamic with Bobby Cannavale this time around. Judy Greer, as is often the case in movies like this, still gets nothing to do.)

Every Inspector Gadget needs a Penny, though, and Ant-Man and the Wasp brings us one of the most refreshing superheroines of the Marvel Universe with Lilly’s Wasp. Sidelined as a frowning scold in the first, here Lilly gets to leap, punch and quip with abandon, a hyper-competent badass who’s incredible to watch. Here, we see why she spent the whole first movie complaining about a dopey white guy getting to do all the fun superhero stuff instead of her: she’s way better at it. She and Rudd continue to have great chemistry, eventually coalescing into an interesting, equitable partnership that doesn’t feel forced or starves the less-goofy character of things to do.

Now, it doesn’t all work: while it feels like a more consistent piece of filmmaking, the script definitely feels like it was written by six or seven people. The stakes are so small-scale that the film’s plot boils down to a game of hot potato between the Ant-crew, Ghost and Goggins over Hank’s suitcase-sized laboratory, which can get repetitive after a while. Luis (Michael Pena) is a delight as always – his motormouthed, Drunk History-esque retellings are back, including some fun digs at the first movie – but he and his crew from the first (David Dastmalchian and T.I.) don’t get to be more than hyperactive comic relief.

In a movie with stakes this small (no pun intended), it’s probably no surprise that the villains don’t work that well, even by Marvel standards. Granted, there’s a pathos to Ghost’s backstory that offers some intriguing motivation: she’s not a bad person, just driven to violent means by her her desperation to be free of her dimension-phasing affliction. She’s aided by Hank’s former colleague Bill Foster (Laurence Fishburne), who becomes an angel on her shoulder, but still dedicated to helping her at the expense of the Pyms. The film nudges at parallels between Bill/Ghost and Hank/Hope, showing the extent to which the sins of the father can pass onto their children, but the movie’s too much of a weightless romp to dig into that past a surface level.

Overall, Ant-Man and the Wasp maintains the series’ status as mid-tier Marvel, and functions admirably as a crowd-pleasing intermission while we wait to find out how this whole “Thanos snapping half the world away” thing turns out. (Don’t worry, you’ll see how this film fits into that event by the time the credits are over.) It’s light, breezy and fun, and you’ll forget virtually everything about it once you’re out of the theater.

Ant-Man and the Wasp buzzes into theaters July 6th. 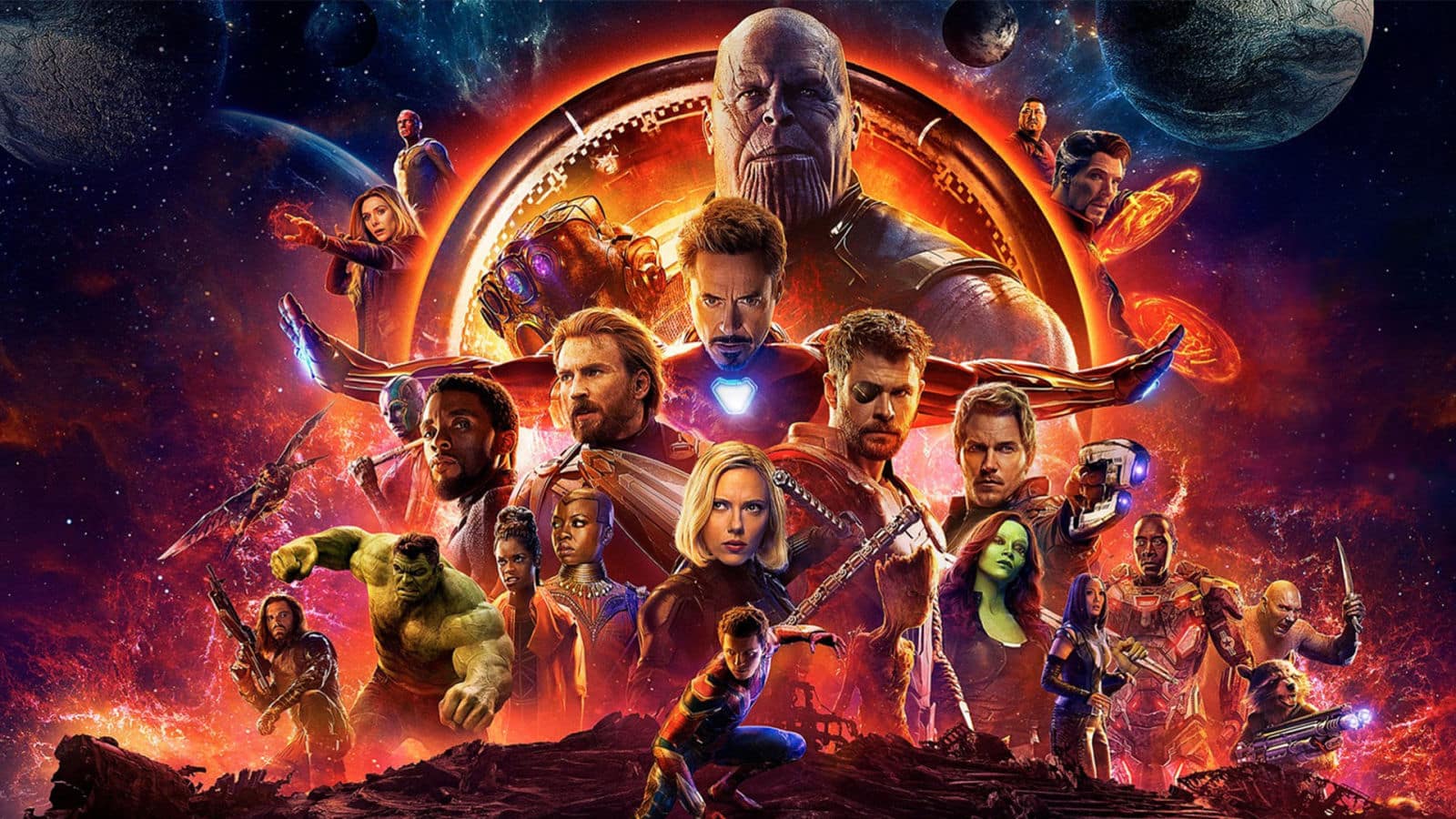