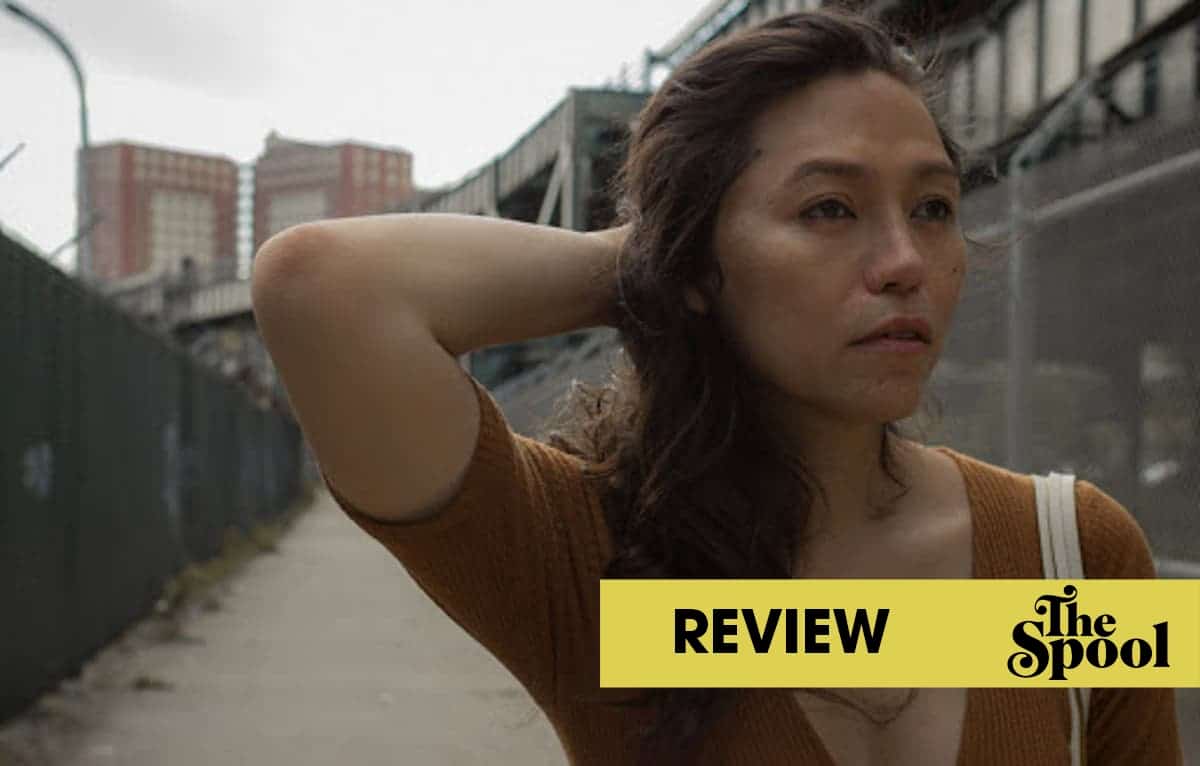 Isabel Sandoval directs & stars in a layered story of a woman struggling to live in a hostile world.

Isabel Sandoval’s third feature film Lingua Franca is about Olivia, an undocumented Filipina trans woman who tries to get by in Brighton Beach, New York as a caregiver for Olga (Lynn Cohen) while saving up money to get herself a green card any way that she can. She then begins to become romantically entangled with Olga’s grandson Alex (Eamon Farren) who complicates her situation even further. This film is groundbreaking in a lot of ways, with Sandoval becoming the first openly trans female director to compete at the Venice International Film Festival. It isn’t just notable for the records that it breaks and the issues that it covers. This is an emotionally raw and subversive work with a lot of artistry.

Isabel Sandoval is truly the center of Lingua Franca, writing, directing and starring in the leading role. You can feel her style in every scene. There is rarely grandeur and overstatement, instead we have a focus on small moments. We get a held shot focusing on Cohen peeling an orange, and it’s practically silent. The places where she shines are mostly in these smaller moments of daily life which she infuses with deep character and personality.

For these moments there’s no frantic soundtrack or sharp editing, and all we have to focus on is the performance and the meticulous Clint Ramos designed space that Olivia exists in. These stripped back sequences are incredibly effective and informative. The intricacies here carry as much weight as any of Farren’s outbursts. The subtle style she brings as a filmmaker is also reflected in her performance.

Olivia is a character under a lot of pressure, with the everyday difficulties of living in New York being compounded by transmisogyny, racism and the ever-looming threat of ICE. Sandoval captures the strain of dealing with these issues while still having to maintain a brave face and care for another person as her own needs remain unmet. There’s a constant warmth to the performance that shines through, even with the amount that’s deliberately left unsaid. This restraint makes the few moments where she gets some release work even more effectively.

Many of these sparse moments of freedom happen with childhood friend Trixie (played by Ivory Aquino), another undocumented trans woman from the Philippines who has faced similar issues to Olivia and is now marrying an American citizen. Their softness with each other, and the sense of camaraderie between them, brings out the best in both performers and really brings their characters to life. These scenes are some of the best in Lingua Franca because they feel temporarily unburdened by a cis/white/male gaze and can express their true selves.

This is an emotionally raw and subversive work with a lot of artistry.

Crucially what makes Sandoval’s performance as Olivia work is these layers. There is a real sense of an internal life for her, and she’s given the space to actually explore that, even just in the minutiae of the facial expressions. It’s incredibly rare that we see a woman, especially a trans woman of color, given such a layered character with agency and desire – so that was amazing to see here.

Farren is fantastic as Alex, her polar opposite love interest. He’s the black sheep of his family due to his history of self-destructive behaviors, and is very much your typical screw-up who can’t avoid trouble. Farren manages to walk the tightrope between being an endearing dirtbag and being irredeemably unlikeable with precision. There’s a very specific charm he has, especially in his scenes with Sandoval, that feels almost inescapable. You always feel like there’s hope for him, like he’s finally gotten onto the right path – and when he screws up again it hits even harder.

Initially Alex and Olivia aren’t exactly a pairing you’d expect, but as they get to know each other their complicated dynamic really begins to work. At the same time, there is a persistent and deliberate awareness of the dynamics created by Alex being a cis white man who is a citizen and Olivia being an undocumented trans woman of color. You’re never beaten over the head with this knowledge but the tension is always there in the subtext, both through the performances and how Isaac Banks’ cinematography frames every moment.

This is reiterated when we’re introduced to Alex’s friends, who are by all accounts bad people and deeply homo/transphobic as well as misogynistic. There’s a casual violence to their bigotry which makes it all the more affecting, and which helps establish a world that is hostile to trans people, without making Olivia directly face verbal abuse on screen. Sandoval still also gives this friend group layers, and complications, particularly with her fascinating portrayal of the weird homo-eroticism present in relationships between (ostensibly) heterosexual men.

The anxious feeling that presumed safety can be ripped away repeats throughout the broader world of Lingua Franca. A big way this happens is through the drip-feeding of stories about ICE, often just through a news report on the TV, or a random anecdote. All of this builds to an overwhelming feeling of terror that lurks as the background to this entire film.

In a moment, their signature black van can turn a familiar street into a hunting ground. Spaces which were previously cosy become claustrophobic. Banks’s camera work and Sandoval’s editing reframe the same locations with an entirely different emotional emphasis.  Yet this terror is never the sole focus for long, as it’s made clear that for people like Olivia, this anxiety is normal. This continual traumatizing and retraumatizing at the hands of these existential terrors are a part of the everyday, and we see the toll that has through Sandoval’s fantastic performance.

Lingua Franca has a lot of layers. From queerness, to immigrant identity, to family, a lot of ground is covered and yet there’s a persistent subtlety and humanity that makes it all mesh together. However, at its core this is a love story, a messy and heart-wrenching one that really lands, playing an elegant symphony on your heartstrings from beginning to end.