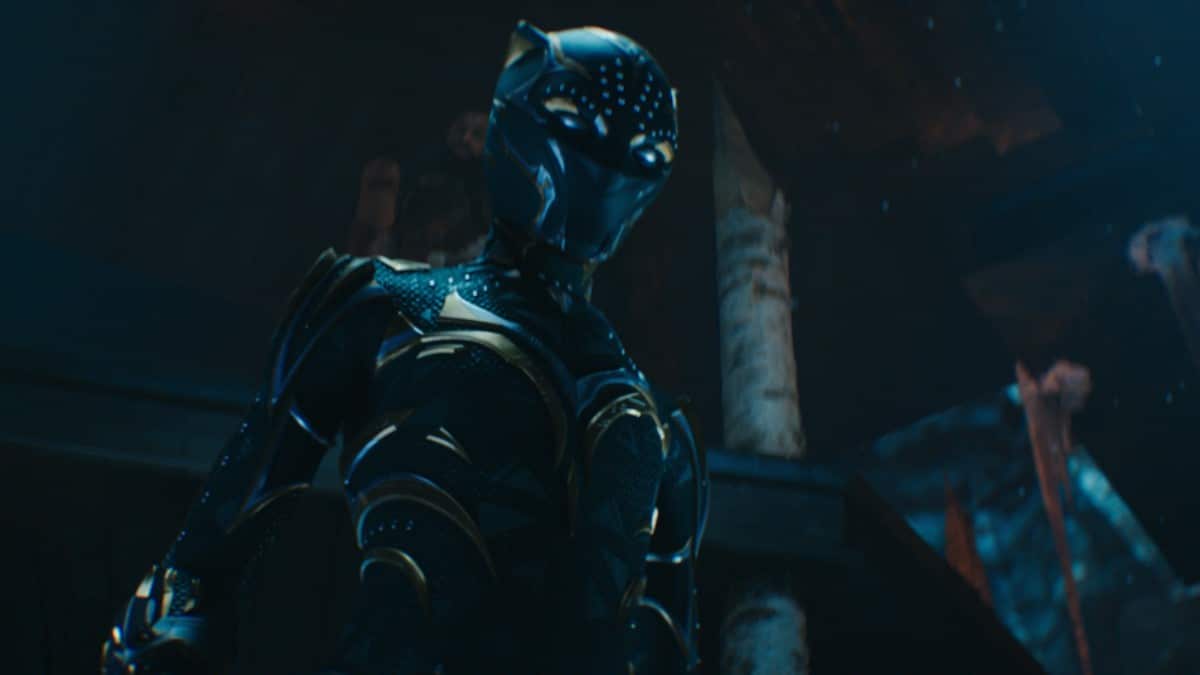 Ryan Coogler and the MCU struggle for purpose in a world without Chadwick Boseman, muddying what made the first film so great.

How do we move on from a devastating loss? A close friend, a family member, a spouse — or, in the case of Wakanda Forever, the twin losses of both Chadwick Boseman (who died unexpectedly in 2020 of colon cancer) and the character of T’Challa, King of Wakanda and the reigning Black Panther. But rather than recast T’Challa for the sequel (a movement that has itself garnered quite a lot of attention leading up to this), writer/director Ryan Coogler chose the harder, more innately interesting path: Follow a world, a people, a family without the nucleus around which they orbited. See what the world of Black Panther does without its central figure, and watch the mighty ensemble of Black women around him scramble to pick up the pieces of their lives and figure out what to do next.

When Wakanda Forever keeps its focus on those elements, it becomes quite the heartfelt experiment, an intriguing change of pace for a Marvel Cinematic Universe often bereft of interiority. Too bad, then, that it strays so far from that experiment to render it an addled, murky mess.

Set one year after T’Challa’s sudden passing (one that could have been saved by the heart-shaped herb that gave him the powers of the Black Panther — except Michael B. Jordan‘s Killmonger burned it all up in the last movie), Wakanda Forever explores the various forces that rush in to fill the ensuing emotional and political vacuums. T’Challa’s mother, Queen Ramonda (Angela Bassett, doing a lot with a little), takes the throne once more, re-establishing Wakanda’s oppositional political position towards the rest of the world: no more vibranium, no matter how bad the UN wants it. Sister Shuri (Letitia Wright) grapples with the guilt of not saving her brother, losing herself in numerous inventions in her lab. Nakia (Lupita Nyong’o) has left Wakanda; Dora Milaje Okoye (Danai Gurira) keeps it together absent both T’Challa and her traitorous husband W’Kabi (as Daniel Kaluuya didn’t return for this one).

But a new threat looms, not from outside but beneath: Wakanda’s coming-out party to the rest of the world has earned the attention of the underwater kingdom of Talokan, a Mayan-inflected civilization led by an ankle-winged, pointed-eared god named Namor (Tenoch Huerta Mejía, getting an ‘Introducing’ credit despite an already robust career in stuff like Narcos: Mexico and The Forever Purge). In his mind, Wakanda is with them — against the colonizing forces of the first world, that is — or against them. And the Wakandans’ sudden rush to defend a young scientist (Dominique Thorne‘s Riri Williams) from their pursuits puts them in the crosshairs of their incredible power.

At its best, Coogler and co-writer Joe Robert Cole use this conflict to explore the narrow margins of victory T’Challa’s entreaty at the end of the first Black Panther created: Yes, it’s possible for the world to Become a Better Place, but it must reckon with its own evils first. And do the people who come after him have an obligation to follow that idealistic dream, or can they forge their own path? To orient those questions around a duel between nations, both of whom carved out their own potent destinies absent of (or rebelling against) white colonization and hegemony, is a neat idea, one anchored by the personal stakes it has for its characters.

In Boseman’s absence, Wakanda Forever becomes more of an ensemble piece, one centered around a collective of strong, tenacious Black women reckoning with their sadness and putting that energy somewhere productive. Its first act keeps itself centered on the ripples of grief that pervade Ramonda, Shuri, and Okoye’s lives, giving them all uniquely contemplative notes to play. They’re all, in their own ways, standing on the knife’s edge of collapse, pulling together the pieces of their nation and their psyches to keep putting one foot in front of the other. It’s sensitive, nuanced work, especially in the context of a superhero franchise Coogler et al. worked so hard to elevate last time.

But as the remainder of the film’s 160-minute runtime unfolds, it becomes clear that this lack of focus is more a liability than something Coogler can leverage into drama. That’s partly due to the genre-mandated bursts of action that arrive with little more than a shrug; there’s nothing with the thrill of the first film’s car chase through Busan, and the climax feels almost perfunctory in its rushed plasticity. For long stretches, it feels like Wakanda Forever could have been more successful had it shucked its superhero confines: just trim the fat, make it a character/political drama set in the MCU, and ditch the gloppy CG action. (Even Ludwig Göransson‘s score feels sleepier here, introducing some new Central American elements for the people of Talokan but otherwise playing a muted version of the hits.)

It’s these vestigial ties to the broader MCU that trip up the script the most: Thorne’s Riri Williams feels included merely to tee up her upcoming Disney+ show, and glorified cameos from Martin Freeman‘s William Ross (the MCU’s favorite white fed) and other characters you’d only know if you watched approximately two and a half episodes of Disney+ series feel phoned in from another movie. The film grossly disservices series newcomers Michaela Coel (I May Destroy You) and Lake Bell, who either pop up only to completely disappear, or to feel like also-rans in an already too-big cast.

If those perfunctory elements were excised, we might have had more room to, say, dig deeper into Huerta’s complicated, misunderstood Namor — a hawkish leader whose values aren’t that far removed from Wakanda’s. Huerta brings a fiery complexity to the role, burning with the heart of a zealot and the weight of responsibility to his people. He’s gripping, when we actually get to see him: but between all the plates Wakanda Forever is spinning, and Autumn Durald’s murky, dimly-lit cinematography (a holdover from Loki, alas), it’s almost impossible to render him or his people beyond blue-tinted sketches. (Sidenote: My press screening was out-of-focus and dim, to the point where I don’t even know how much to blame Durald’s work for the hazy look of the thing.)

By the end, as Bassett’s power surrenders focus to Wright’s Shuri in the back half, we lose what made the film, and this world, so compelling last time: A specificity and clear sense of purpose. In some ways, that feels organic to the film’s concerns. Like the Wakandans, Coogler, his cast/crew, and the MCU at large grapple with a future without Boseman. And we, the audience, are invited to the equivalent of a cinematic wake for the man, who was an incredible star whose loss we feel deeply. We certainly feel it here, as the universe that orbited him holds on for dear life. 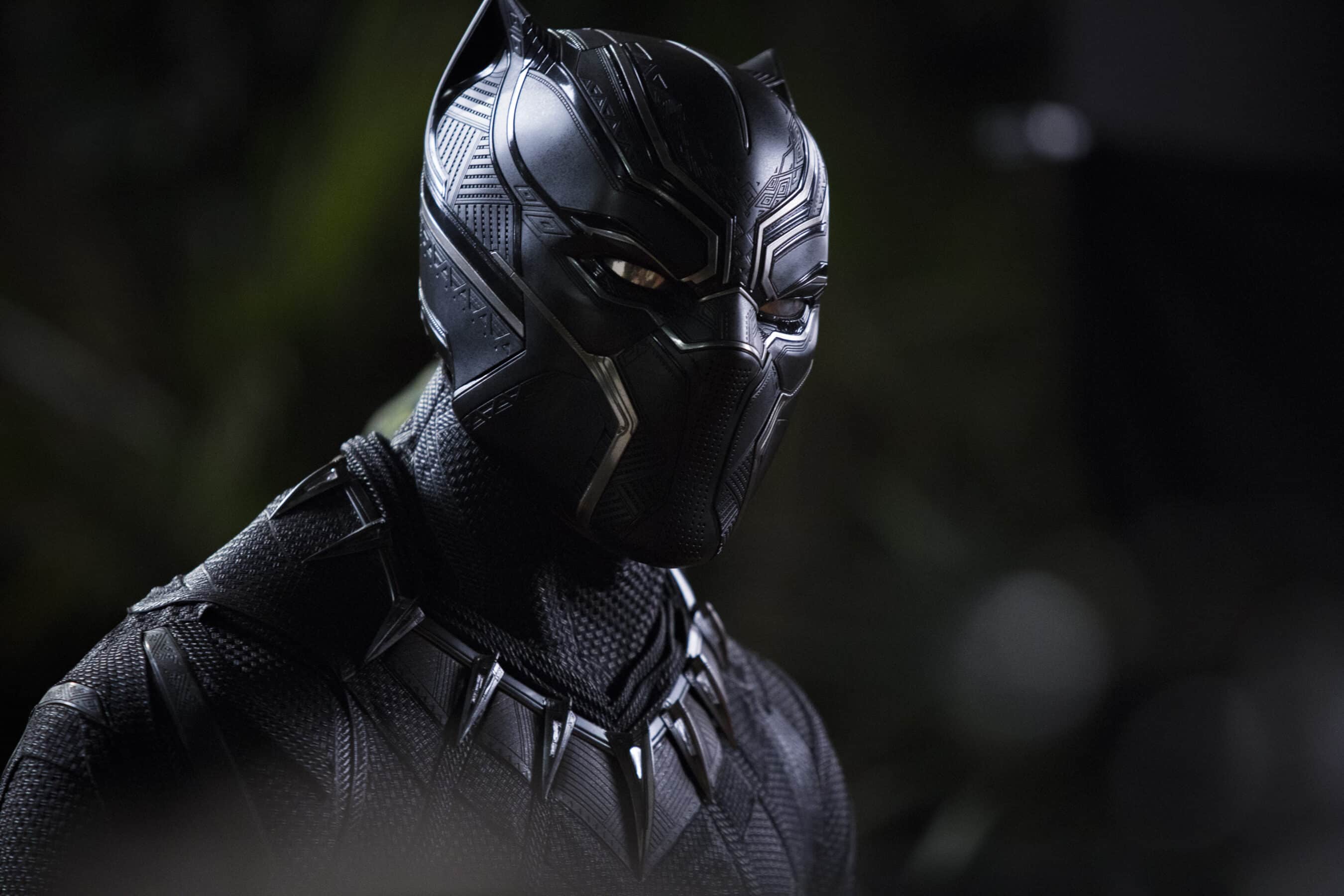 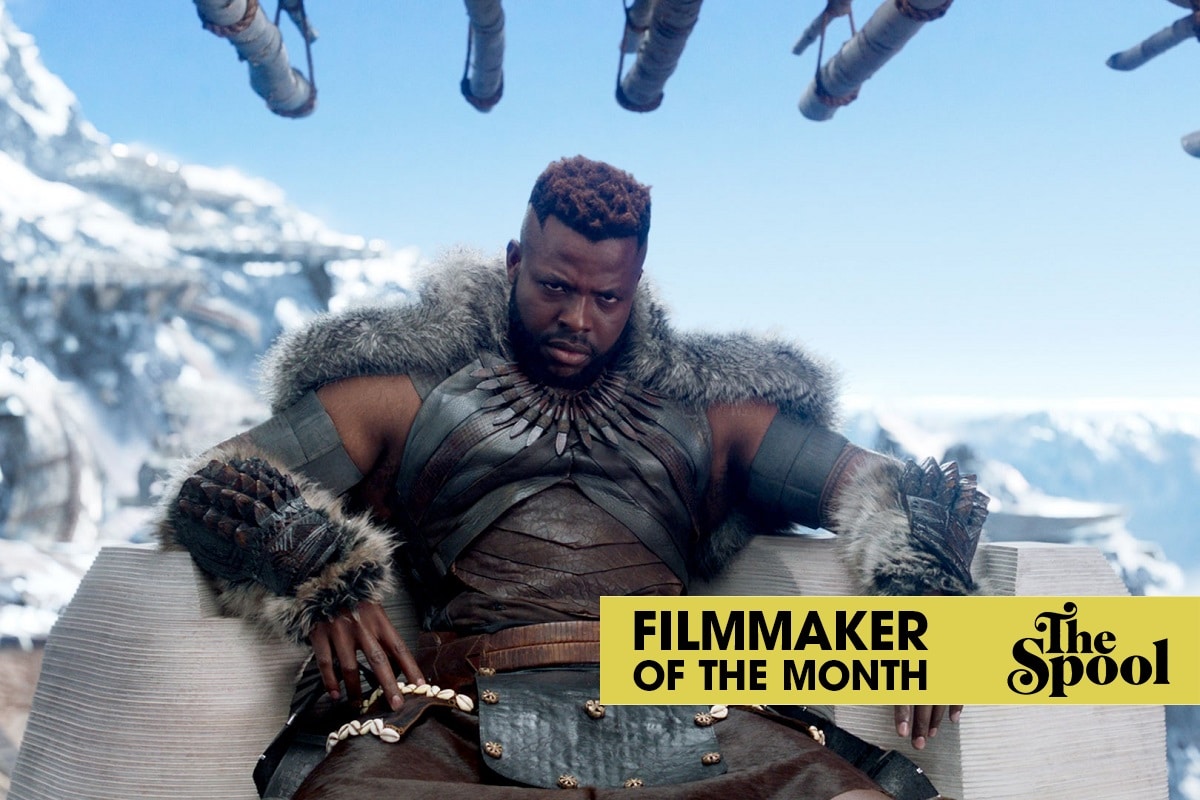 Ryan Coogler's superhero film not only salvages the colonialist origins of the comic's imagery, it reclaims them for a Black audience. 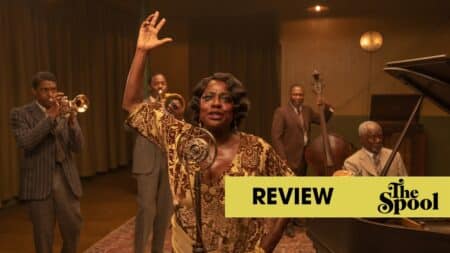