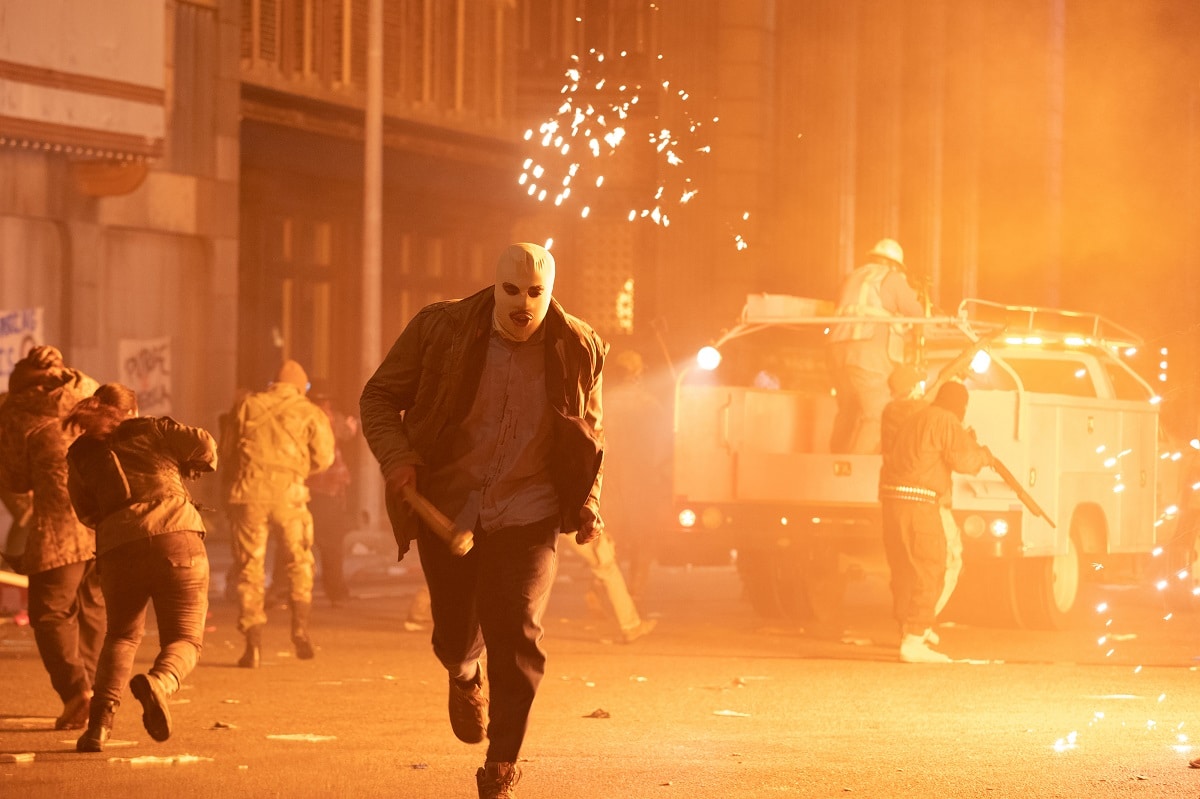 James DeMonaco’s bracing, didactic series about the evils of American carnage hits its end, as brutal as it is thunderously unsubtle.

The Purge franchise, spanning five films and a now-canceled two-season television series, was never one to traffic in nuance or subtlety, or even optimism. Its premise is born of a kind of didactic, Shirley Jackson-esque thought experiment: what if all crimes, even murder, were legal for 12 hours? How would people react, and who would they become, when they could let out their raging ids just for a night? From its second film, the Carpenter-esque The Purge: Anarchy, series creator James DeMonaco tacked on a third question: What if *gasp* the rich and powerful were just using the Purge as a means to cull the poor, the marginalized, and nonwhite?

It’s hardly the most stunning observation, particularly in an America that’s become more dedicated to living out the vision of the New Founding Fathers than ever before. (Just try watching a Purge movie that lives up to the real-life terror of January 6th.) But there’s admittedly something sickly appealing about the wounds of American division being opened up on screen, especially in the series’ more polished installments — action-horror flicks where the terror comes not in ghosts or ghoulies or slashers, but the collective psychosis of a nation just itching to destroy itself.

With that in mind, The Forever Purge takes predictable glee in its status as the ostensible final installment of the series (we’ll see; long-running horror franchises never truly die). It’s grisly, brutal, and grimy in that B-movie way these films have always enjoyed, and there’s plenty of perverse glee to be had in the apocalyptic histrionics on display. It’s too bad, though, that the series ends having never really lived up to the tantalizing potential of its premise — though the brazenness of real-world American malice in the Trump era and beyond may have made that impossible.

Directed by Everardo Valerio Gout, working from a script by series creator (and writer/director of the first three films) James DeMonaco, The Forever Purge throws a bucket of water on the happy-ish ending of 2016’s The Purge: Election Year, where a Hillary Clinton-like political candidate survives Purge Night, gets elected to office, and ends the practice forever (what optimists we were). Just a few scant years later, the New Founding Fathers are back in power, and the Purge is back on.

This time, however, America’s national rage can’t be confined to just one night — even after the designated night of carnage ends, select groups of disquieted militias decide it’s time for the slaughter to just keep going. Most of them, it seems, just want to use the Purge to enact their dreams of a race war, with white nationalist militias strapping up and “purifying” those who don’t look like them. “America will be American once again,” pipes rhetoric from a big black van with the words PURGE & PURIFICATION on the side. For these folks, ‘purge and purify’ doesn’t mean purifying their souls of rage, but purifying their nation from the targets of that hatred.

Our window into this extended bloodbath is the Tucker family, the wealthy owners of a ranch in Texas, and their migrant workers. Heading the family is kind patriarch Caleb (Will Patton), who gives his workers extra cash to buy their way into a guarded warehouse for Purge Night while the family holes up in their steel-shuttered ranch home. Tensions flare between favored son Dylan (Josh Lucas) and ranch hand Juan (Tenoch Huerta), whom we saw cross the border into America in the opening minutes with his paramour Adela (Army of the Dead‘s Ana de la Reguera). Dylan doesn’t like Mexicans, Juan especially so (partly because it’s clear that Juan is a better horseman). His is a more laissez-faire racism, one born of ethnonationalism and a stated desire for everyone to “stick to our own and just leave each other alone.”

The Forever Purge is particularly didactic even within the confines of its sledgehammer-subtle forebears.

But naturally, the two will have to set aside their differences when the “Forever Purgers” come to kill them all — the ranchhands because of their race, the Tuckers because their wealth has put a target on their back. And, in a stroke of irony so obvious the writers of this series couldn’t possibly pass it up, our heroes make a last-ditch run for the Mexican border to cross it and escape America’s fallen state.

Where the middle entries in the Purge series have been extended riffs on Assault on Precinct 13, Forever Purge takes on the air of a nasty neo-Western, applying its broad paintbrush to issues of immigration and white nationalism that are all too frustratingly timely. We still get our night-soaked gun battles through smoky city streets, as the characters take a mid-film long-take-heavy trek through a battle-worn El Paso.

But much of the film takes place in the sun-soaked ambers of the Texas daylight, which both highlight its Western inclinations and suck a good deal of menace out of the baddies we’re meant to be terrified of. (It doesn’t help that Gout wastes his time in the first act with some deeply unnecessary and downright corny jump scares; that’s not what we come to Purge movies for.) Our heroes aren’t particularly well-drawn either — Huerta and de la Reguera handle the action beats quite nicely, and Lucas gets a few quieter moments to shine, but it’s otherwise difficult to invest much in the survival of such thin characters.

Your mileage may also vary on the obviousness of the social commentary; The Forever Purge is particularly didactic even within the confines of its sledgehammer-subtle forebears. Characters outright say stuff like “Your son doesn’t like me because I’m Mexican,” or (as one villain so elegantly puts it) “kill the Brownies.” A redneck with a swastika tattoo taunts his captors by naming each gun being fired in the background by their rat-a-tat reports. “That’s American music, motherfucker.”

The series has long gnashed its teeth about the ugliness of our politics, the deep valleys of our divisions, and the role that organizations like the NRA and white nationalist groups play in stoking hatred in our country. The Forever Purge does away with what little pretense the series had at this point, perhaps because DeMonaco et al. have seen the trajectory of the last five years and recognized that nothing they can do can top the villains we see around us in real life.

The Forever Purge purges and purifies in theaters now. 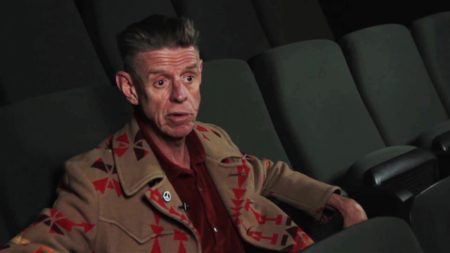