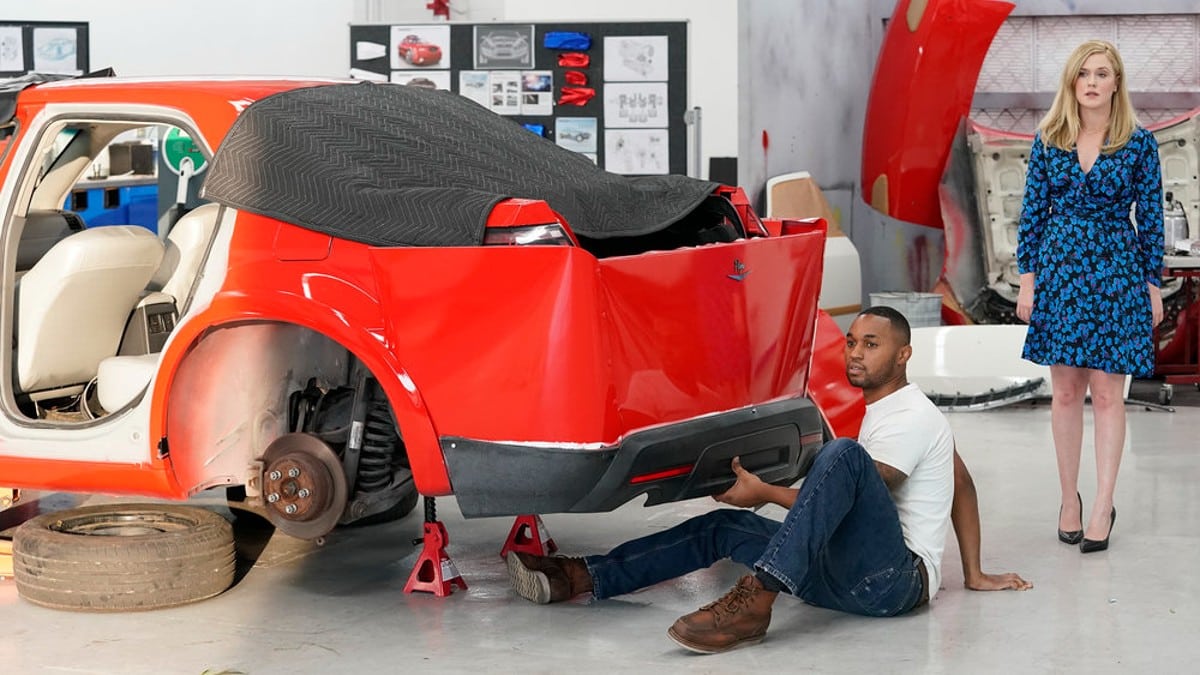 The network sitcom, much like the American auto industry, is a dying breed in fields looking to modernize and capitalize on newer, flashier models. NBC’s new American Auto sadly won’t revitalize either one. It’s a two-dimensional sitcom that follows an inept CEO (Ana Gasteyer) as she attempts to shake up a Detriot auto manufacturer Payne motors.

Gaysteyer is a great choice to lead a sitcom, and she does manage to get some laughs when discussing the poor name choice of the “Ponderosa.” But after seeing her kill it as over the top characters on SNL for years, one can’t help but feel she’s stuck with American Auto. She’s unable to shift into high gear and really let loose due to the material she’s working with.

Ty White’s Jack is another standout. He finds himself promoted to the executive suite, only to discover in the second episode he has no idea what he should be doing—so he just fills his days by making copies. Wesley takes Ty under his wing, but Ty soon discovers he’s become a glorified personal assistant to the entitled heir and draws the line when Wesley gifts him a blinged “Wesley” necklace, so everyone knows Jack belongs to him. Wesley’s the closest the show has to an antagonist, but he’s an over-chewed caricature of privileged white guy twerpery.

There are moments of genuine comedy in American Auto, but they are few and far between.

The pilot episode deals with the launch of Payne’s first self-driving car, the “Ponderosa,” which is thrown sideways when the crew soon discovers the AI in the car fails to recognize non-white pedestrians. The Payne team has mere hours to rebuild the car before its big PR launch. They do so by picking apart employee cars in the parking lot, frankensteining together a hideous “customizable” car. It’s a funny premise, but it’s hard to root for overpaid corporate idiots. The ensemble is strong, but they fail to rise above the under-developed material on the page.

The better of the two episodes released is the second. Payne tries to recover from the Ponderosa’s horrible PR but must race to put out a whole new set of fires when it’s reported that a serial killer has embarked on a killing spree while driving one of Payne’s vans.

American Auto’s creator, Justin Spitzer, is no stranger to the workplace sitcom. He worked on NBC’s The Office and created the critically acclaimed Superstore. American Auto feels like the wandering child of both series – it has the shaking, mockumentary style filming technique of The Office, minus the confessionals and Jim Halpert-Esque glances to the camera, all while tackling corporate structure as in Superstore.

Both Superstore and The Office had the charm of everyday workers working for (and often against) their corporate overlords, much to comedic effect. It feels like a missed opportunity for American Auto not to have character confessionals, which would help flesh out the characters and clarify some of the office dynamics. American Auto tries to make those overlords funny, but the show feels like its “Ponderosa” car – they cherrypicked elements from other successful sitcoms, creating an awkward show that resembles a sitcom, just without as many laughs.

There are moments of genuine comedy in American Auto, but they are few and far between. The second episode shows slightly more promise, but in the cutthroat world of sitcoms, Spitzer and his team may not get more episodes to improve. The cast is great, and it’s refreshing to see in Gasteyer a lead role—would that she had better material to play with. American Auto feels like a lemon of a car, all glossy on the outside, but none of its parts actually work, and the whole affair is left on the side of the road, hoping for a better ride.

American Auto airs on NBC on Mondays at 10/9 PM Central.