The 2020 Sundance Film Festival ended up being the last in-person film festival any of us was set to experience before the COVID-19 pandemic locked down the world. Movie theaters shuttered, studios scrambled to move their blockbusters to streaming, and other fests either chose to cancel themselves or go completely virtual. In 2021, Sundance has gone the latter route, offering unprecedented accessibility to plenty of critics and outlets (including our humble little operation).

We had a blast covering Sundance last year, and in lieu of visiting the cold, thin air of Park City, we’ll be reviewing the latest and greatest of the fest from the comfort of our couches. We’ve got plenty of coverage planned, but until we get our hands on that sweet kino, here are mine and associate editor Gena Radcliffe’s most anticipated watches. [Clint Worthington, editor-in-chief]

One of the most anticipated features at Sundance, The Blazing World takes Carlson Young’s 2018 short and expands upon it, creating a dazzling fantasy-horror world. Young is Margaret, still traumatized by the drowning death of her sister years earlier. In order to cope, she creates an elaborate alternate universe, one that is both dangerous and enticing. A mesmerizing look at how our brains both seek to protect and destroy us, The Blazing World is the feature this writer is most excitied to see. [Gena Radcliffe]

As one of the greatest proselytizers for HBO Max’s deeply weird science fiction series Raised by Wolves, this eerie meta-cinematic horror from Prano Bailey-Bond piqued my interest — not just because of its subject matter, but because it puts Wolves star Niamh Algar in the lead. Algar plays a film censor who confronts a strange horror film that might just be the key to solving the mystery of her missing sister, blurring the lines between fiction and reality along the way. Shades of Berberian Sound Studio abound, and I’m intrigued to see the extent to which Bailey-Bond explores the extremities of horror through the lens of the people most interested in tamping it down. [Clint Worthington]

17-year-old Ruby (Emilia Jones) works hard to help her deaf parents maintain their fishing business. However, after joining her high school choir, and encouraged by her no-nonsense choir director (Eugenio Derbanez), Ruby finds herself drawn to the possibility of life outside her tiny town. Siân Heder’s gentle drama takes us inside the rarely seen world of deaf families, with a minimum of pathos and pity. [Gena Radcliffe]

In the Same Breath

Fittingly, plenty of Sundance’s output this year explores the impact of the COVID-19 pandemic, whether explicitly and implicitly, with one of the most direct examples being One Child Nation director Nanfu Wang’s In the Same Breath. Her works explore the innate complexities of the Chinese government’s impact on its culture, and Breath sets out to illustrate how China’s coronavirus response ranged from the government’s initial coverups of the virus to the propaganda that turned such missteps into grand victories. Look for this to serve as an interesting sister film to 76 Days, which we covered out of AFI Fest. [Clint Worthington]

We’re experiencing a renaissance in indie horror, and it looks like it’s only getting better with Frida Kempff’s Knocking, Emotionally fragile Molly (Cecilia Milocco) finds herself obsessed with an unexplained knocking sound in the ceiling of her house, one which her neighbors not only don’t hear, but seem all too quick to dismiss her concerns over. An unsettling look at gaslighting and mental illness, Knocking promises to leave the viewer questioning how much of their own world is “real” or not. [Gena Radcliffe]

I’m a sucker for heady, high-concept sci-fi action, and Mayday seems to fit that box, with a cool premise and a great cast of young actors I’m looking forward to seeing. Ana (Grace van Patten) wakes up in a mysterious world where a group of female soldiers are engaged in endless, bloody war along a rugged coast. Karen Cinorre’s action drama co-stars Mia Goth and Juliette Lewis, and seems set to explore the intersections of womanhood and conflict, a Lord of the Flies meets Edge of Tomorrow where women are thrown into fights that both make and unmake them against their will. [Clint Worthington]

God-tier actor Rebecca Hall (Christine) takes the director’s chair for her first feature, an adaptation of the Nella Larsen novella about two light-skinned African-American women (Tessa Thompson and Ruth Negga, already a duo I can’t wait to see on screen together) wrestling with the ethics and efficacy of their ability to ‘pass’ for white. Set against the backdrop of New York City in the 1920s, Hall’s black-and-white meditation on racial identity walks a tightrope between insightful and exploitative, but if it manages to keep its balance it ought to be one to see. [Clint Worthington]

Prisoners of the Ghostland

Non-stop movie-making machine Nicolas Cage is set to star in at least four features this year, one of which is Sion Sono’s Prisoners of the Ghostland. A neo-Western set in the lawless Samurai Town, Ghostland stars Cage as a bank robber who’s broken out of prison by the Governor (Bill Moseley). In exchange for his freedom, Cage must track down the Governor’s missing grandchild, all while wearing a suit that will self-destruct in five days, and honestly, if you’re not sold on this by now, I don’t know how to help you. [Gena Radcliffe]

Rita Moreno: Just a Girl Who Decided to Go For It

Who doesn’t love Rita Moreno? And after the brutal cancellation of her Netflix-then-Pop-then-CBS sitcom One Day at a Time, it’s high time we sang her praises. Luckily, Mariem Pérez Riera is here to offer us a layered portrait of the iconic EGOT recipient, charting her humble beginnings and her tireless work to dismantle the racial and gender stereotypes that stood in the way of her success. One expects a fluffy, fun hagiography of a beloved actress, but if anyone deserves it, it’s probably Rita. And if Riera transcends those limitations, what a treat it’ll be. [Clint Worthington]

Of all the potentially traumatizing experiences in our teenage years, one that’s far too underrated is applying for college. An exhausting, months-long task that often results in little else but crushing disappointment, the anxiety it causes is further exacerbated by the notion that it’s no longer possible to succeed in adulthood without a degree from a “good” school. Debbie Lum’s lighthearted documentary Try Harder! focuses on the largely Asian-American student body of San Francisco’s Lowell High School, and the arduous college application process. You’ll both be glad you’ve moved past that, and envious of these kids for making being smart cool, and for having the whole world in front of them. [Gena Radcliffe] 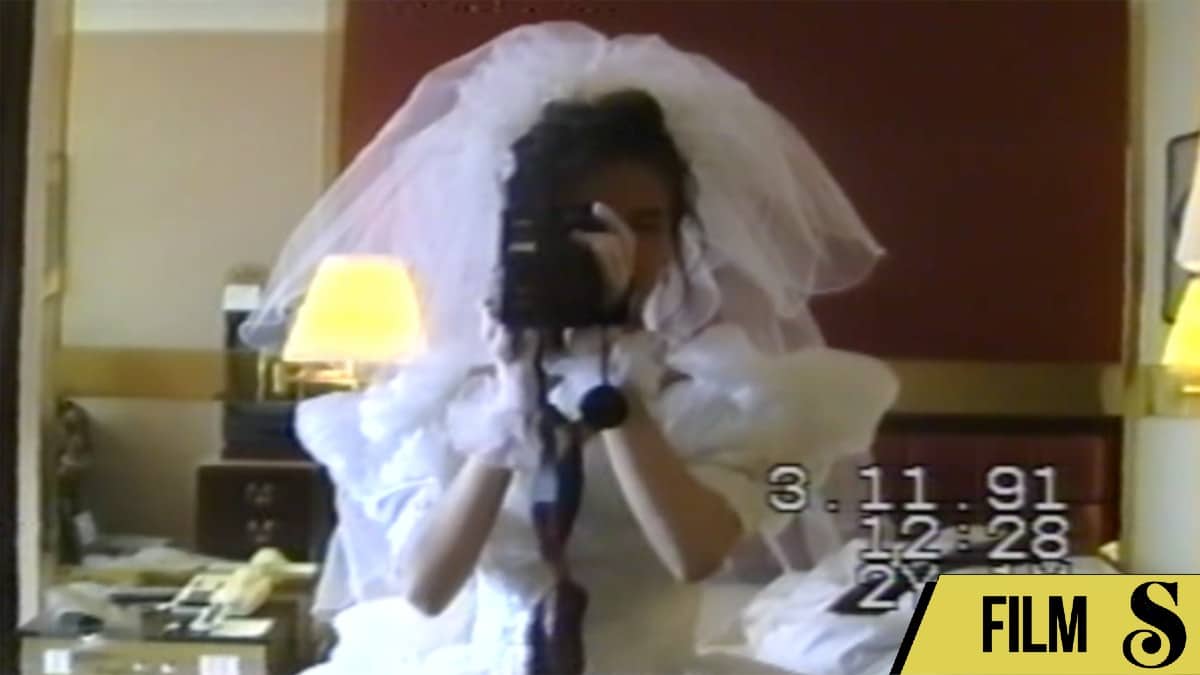 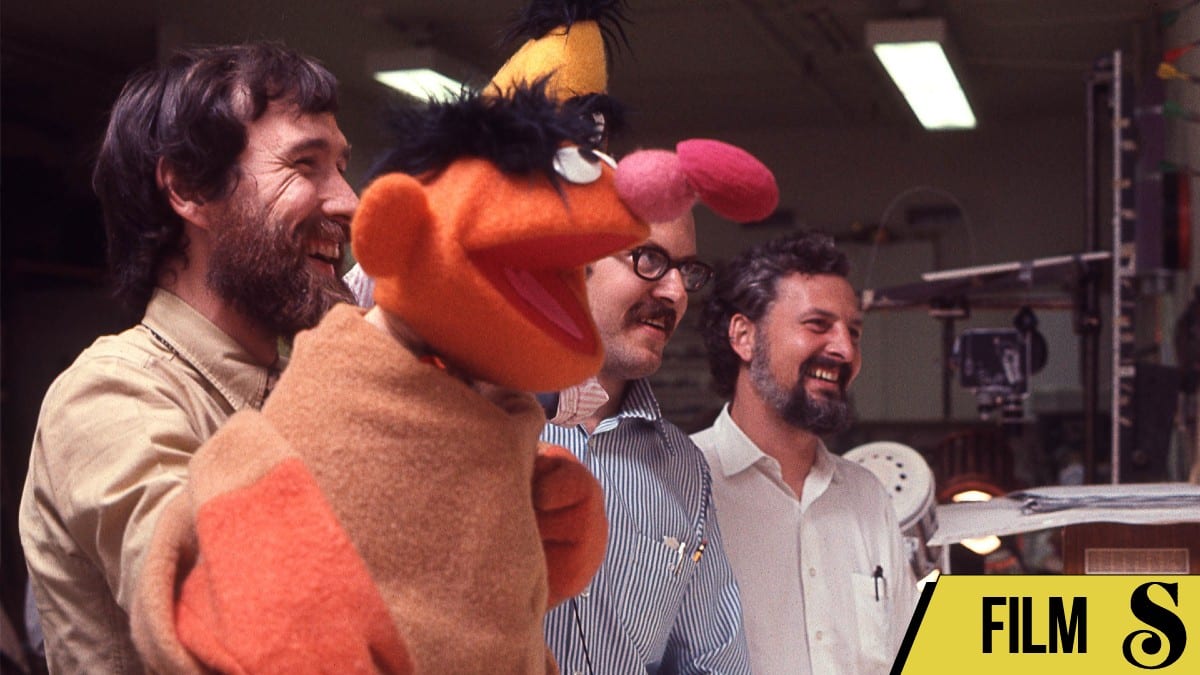 Sundance 2021: “Street Gang” is a joy for Sesame Street fans