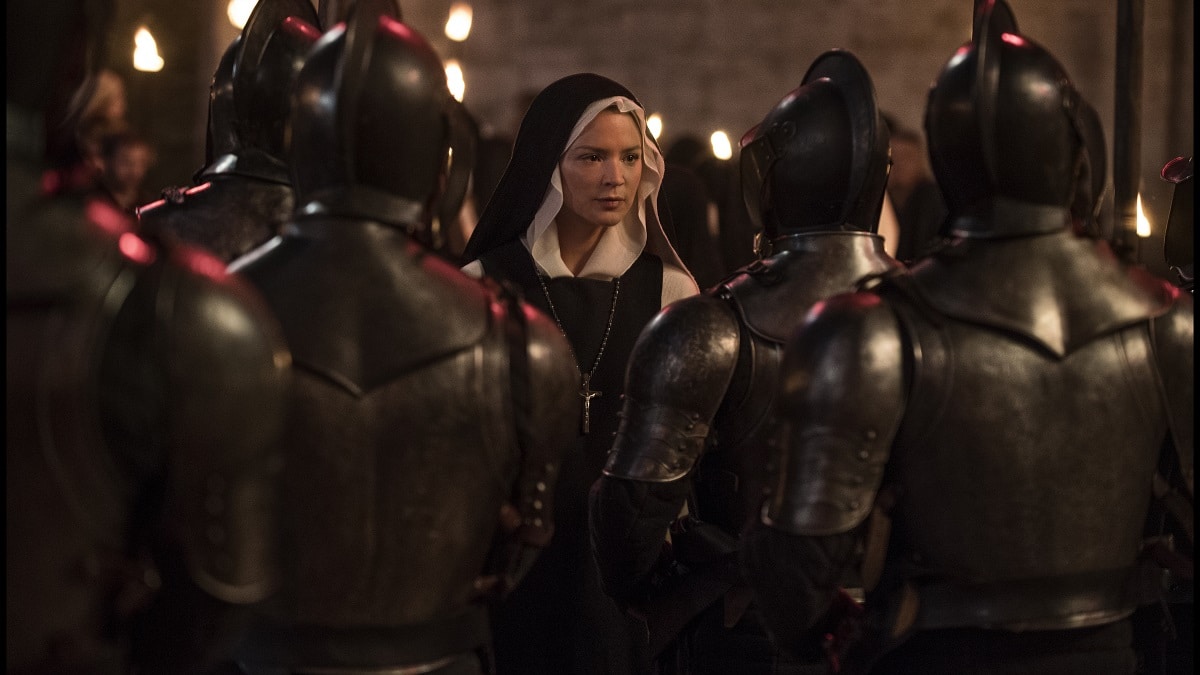 Paul Verhoeven returns with a film so open to interpretation, it risks losing meaning.

In the opening scene of Benedetta, a young girl stops along the road to pray to a shrine of the Virgin Mary. A group of bandits ambushes her and her family, nobles who are well-off but by no means excessively affluent. Benedetta curses the thieves as they snatch her mother’s gold necklace, promising that the Holy Mother will haunt them for the rest of their days. Suddenly, a small bird flies from a nearby tree and shits in the eye of the bandit leader. The men laugh and toss the jewelry back to Benedetta’s mother, preferring not to risk it. Still, we’re left wondering – was this divine intervention? Or just a case of well-timed bird poop?

Constructing uneasy ambiguity has been the hallmark of director Paul Verhoeven for decades. His movies like to have it both ways: see Showgirls and Starship Troopers, straight-faced satires that incisively critique as they shamelessly indulge. Even his more traditional blockbusters—Robocop, Total Recall, and Basic Instinct—tend to chip away at their audiences’ certainties between set pieces. Verhoeven’s last outing, Elle, put aside the pulp and transposed his fixations—sex, violence, power, and that cackling uncertainty—onto the prestigious canvas of a brutal contemporary drama. An overwhelming success, Elle served as a stunning declaration that Verhoeven, now in his eighties, still possesses the knack for meaningful provocation.

Where does he go next? Well, backwards. Set primarily in a 17th-century Tuscan convent, Benedetta (Virginie Efira) grows up to become the star member of her nunnery. That is, until the outside world disrupts her peace in the form of Bartolomea (Daphne Patakia), who’s fleeing her father’s abuse for the presumed safety of a pious life. Portrait of a Lady on Fire this is not: the attraction between Benedetta and Bartolomea doesn’t so much simmer as boil over. Simultaneously, visions of Jesus torment and enthrall Benedetta, calling her to embrace her (imagined?) role as “Bride of Christ.”

[Virginie] Efira, and the film as a whole, can’t quite figure out how to let us into Benedetta’s head and still maintain her mystery.

If Benedetta conforms to anything, it’s the New Testament. Benedetta’s story has already taken on a Christ-like trajectory by the third act arrival of a new (male) authority. That said, I don’t remember Jesus claiming that copious sex strengthened his connection to the Almighty. His loss, I suppose.

Efira, and the film as a whole, can’t quite figure out how to let us into Benedetta’s head and still maintain her mystery. We know that she wants to experience pleasure, doesn’t want to die, and so on, but the nature and sincerity of her proclamations remain open to interpretation.

So while I admire Verhoeven’s stubborn rejection of a simple, one-dimensional heroine, I can’t help but wish we saw Benedetta a little more clearly. Or, perhaps, through another lens. Neither the filmmaking nor the rest of the cast ever threatens to pull focus – all passable, nothing particularly noteworthy. In a world as open to interpretation as one built by Verhoeven, carnal pleasures seem like the only certainty.

Benedetta bends a knee in theatres on December 3rd. 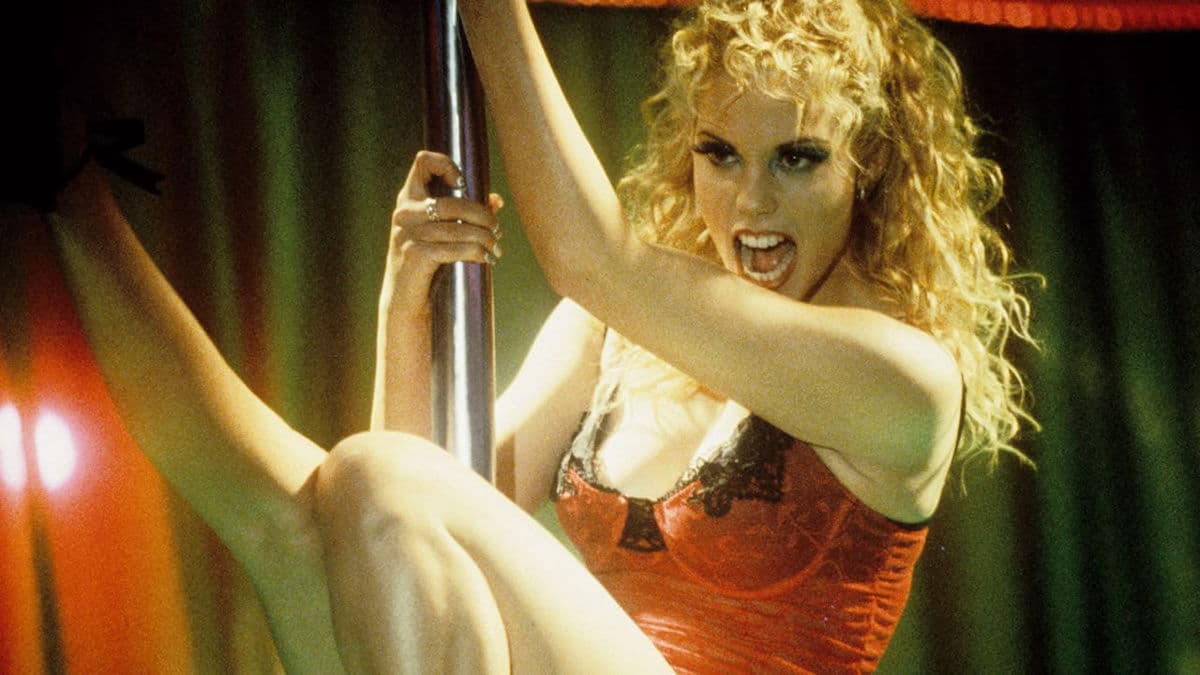 Paul Verhoeven's infamous 1995 satire isn't Camp going by Susan Sontag's definition, but it is one of the great American movies.