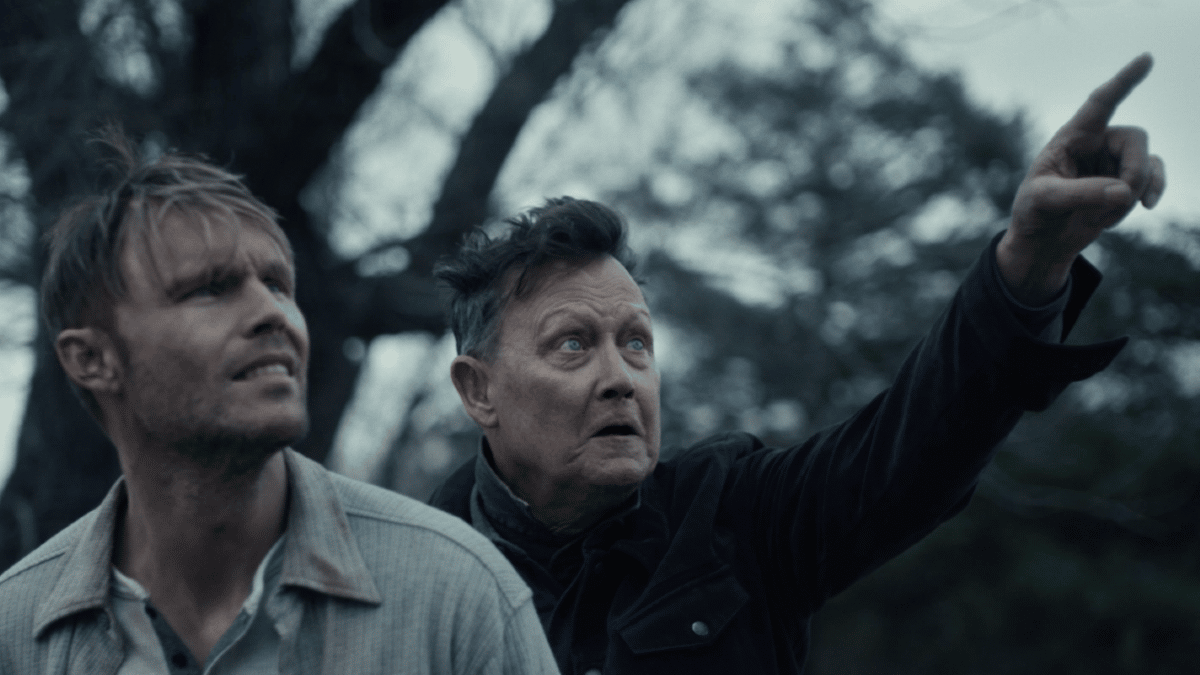 Another week, another showcase of the latest and greatest from Montreal’s Fantasia International Film Fest — including some real barn-burners this time around from Canada and Japan, respectively.

First up is a heaping helping of Southern Gothic menace with Vincent Grashaw’s What Josiah Saw, a film that throws its viewers into a kettle of water and slowly turns up the temperature one degree at a time until you don’t even realize you’re boiling. Set among four diffuse chapters whose connections only truly unravel in the final act, What Josiah Saw tracks the estranged, diasporic Graham family, three children haunted by the suicide of their matriarch decades prior. It was an act presumably precipitated by the various and sundry sins of their despotic, controlling father Josiah (a menacing, magnetic Robert Patrick), a man who’s long touted his disbelief in God and who often took his earthly rages out on his family.

The kids’ childhood traumas bleed through into adulthood: Eli (Nick Stahl) is an unscrupulous criminal fresh out of jail, in debt to an unscrupulous bar owner played by Jake Weber; Mary (Kelli Garner) has ostensibly escaped to normalcy, but her anxieties about potential motherhood create rifts between her and her husband (Tony Hale). Then there’s Thomas (Scott Haze), the comparatively simple-minded brother who stayed, the only one still in thrall to Josiah’s whims. He seems happy to be there, quietly accepting of his fate as Josiah’s lapdog. This becomes especially clear when Josiah announces one morning that his mother came to him in a vision the night before: She’s burning in Hell for killing herself, and Josiah knows the only way to save her. The two fix up the house and prepare for guests — just as Eli and Kelli get word that an oil company is ready to sell their childhood home, the source of all their grief and pain, for loads of money.

The episodic structure, courtesy of screenwriter Robert Alan Dilts, unfolds the many sordid details of the Graham family’s sad story piecemeal, checking in with each branch of the family tree before eventually bringing them together in a high-tension confrontation. The vibes are classic American Gothic — all broken-down town squares, familial traumas, and long-held superstitions. That’s aided, of course, by Carlos Ritter’s moody cinematography, hiding untold horrors in the pitch-black corners of the house or an out-of-focus crowd of Romanis closing in on Eli for attempting to steal from them. There’s a good deal of The Dark and the Wicked in What Josiah Saw‘s apocalyptic rurality, the inescapable feeling that your sins and traumas alike will follow you no matter where you go. There’s a nightmare logic to the piece, especially in its final act, that gnaws at you long after the credits roll (stick around to the end for a darkly funny gotcha).

Speaking of funny, let’s lift the spirits with something a little more sprightly — Beyond the Infinite Two Minutes, an absolute feat of low-budget sci-fi moviemaking that manages charm to spare amongst its twisty little premise. Makoto Ueda’s script starts with a humble premise: What if two connected TV monitors could let you talk to yourself two minutes in the future? That’s what Kato (Kazunari Tosa) discovers when he sees himself on the TV in his apartment, linked to the cafe he owns just a few floors below. At first, future Kato does simple things, like show him where his lost guitar pick is. Then, Future Kato instructs Present Kato to head downstairs so he can relay the same information he passed onto him.

Before the film’s brisk 71-minute runtime is out, he’s roped his coworkers, friends, and the cute girl next door into the scheme. They’re thrilled at the idea of a “Time TV,” and even invent new ways to play with the concept — including turning the TVs toward each other so their past and future selves can learn from each other ad infinitum. And it all goes pear-shaped from there, building on ever-expanding timelines until the very fabric of space-time hangs in the balance.

It’s such a deceptively clever concept, elegant in its simplicity yet requires a mathematician’s brain to wrap your mind around the various causal loops studded throughout Ueda’s script. Adding to the mayhem is director Junta Yamaguchi’s approach, which cleverly stitches together a series of long takes into a one-shot bit of Bill and Ted chaos. And yet, it all holds together, not despite but because of the lo-fi charm of the production. Shot entirely on iPhones and mostly set in the apartment, cafe, and the stairwell in between, Beyond the Infinite Two Minutes feels like the kind of giddy project you’d make with your friends during a slow summer. That’s reflected in the performances, which are big but boisterous, and lean into the film’s many silly melodramas around predestination and free will. With its one-take conceit, playfulness with genre, and lets-put-on-a-show exuberance, it feels like a worthy successor to One Cut of the Dead.

But the real knockout of Fantasia Fest thus far is Mark O’Brien’s The Righteous, a barn-burner of a psychological thriller that might be one of the best films of the year. Evoking everything from Bergman’s The Seventh Seal to Charles Laughton’s The Night of the Hunter and more, this black-and-white potboiler follows Frederic (Henry Czerny), an ex-priest mourning the death of his young daughter in the opening minutes, with his gentle wife Ethel (Mimi Kuzyk) by his side. He’s left the priesthood behind, but remains deeply faithful, albeit prone to ‘mind lapses’. Salvation (or ruin) comes in the form of Aaron (O’Brien), a young man who arrives on their doorstep late at night with a limp and a request for shelter. He was looking for a friend, but he got lost and ended up in Frederic’s path: we know it’s a lie, but it’ll be quite a while before we — and Frederic — get to the full truth.

What unfolds from there is a tense spiritual battle for Frederic’s soul, aided by incredibly layered performances and a superbly throwback directorial style from O’Brien. Scott McClellan’s black and white photography is a delightful throwback to Hitchcock and Laughton, with moments of menace and reverie that call back to Psycho and Jack Clayton’s The Innocents. Figures are silhouetted in porchlight, or wander down dark abysses in their dreams; it’s a film visually steeped in the lingering sin that resides in even the most pious. (Andrew Staniland’s ominous score just adds extra wallpaper to the slow-ratcheting tension.)

At its heart, The Righteous is an actor’s showcase for its central trio: Czerny, a character actor who’s made a living as the snooty, lantern-jawed executive in everything from Clear and Present Danger to Mission: Impossible (and recent roles like the patriarch in Ready or Not, co-starring O’Brien), gets a meaty, gravitas-heavy role as the beleaguered man of faith running away from past indiscretions and clinging to what little faith he has left. Kuzyk also does a lot with a little, imbuing Ethel’s essential gentleness and goodness with surfeits of desperate mourning. And O’Brien writes himself quite the part with Aaron, an enigmatic agent of penance whose soft-spoken mannerisms hide incredible darkness. And as Aaron makes his final bargain to Frederic — an impossible ask for a man of God, one which he wrestles with until the final minutes — the last fifteen minutes are a primal, anguished release of the tension the film has built up to that point, with a closing shot that’s chilling in its apocalyptic minimalism. A hell of a debut. 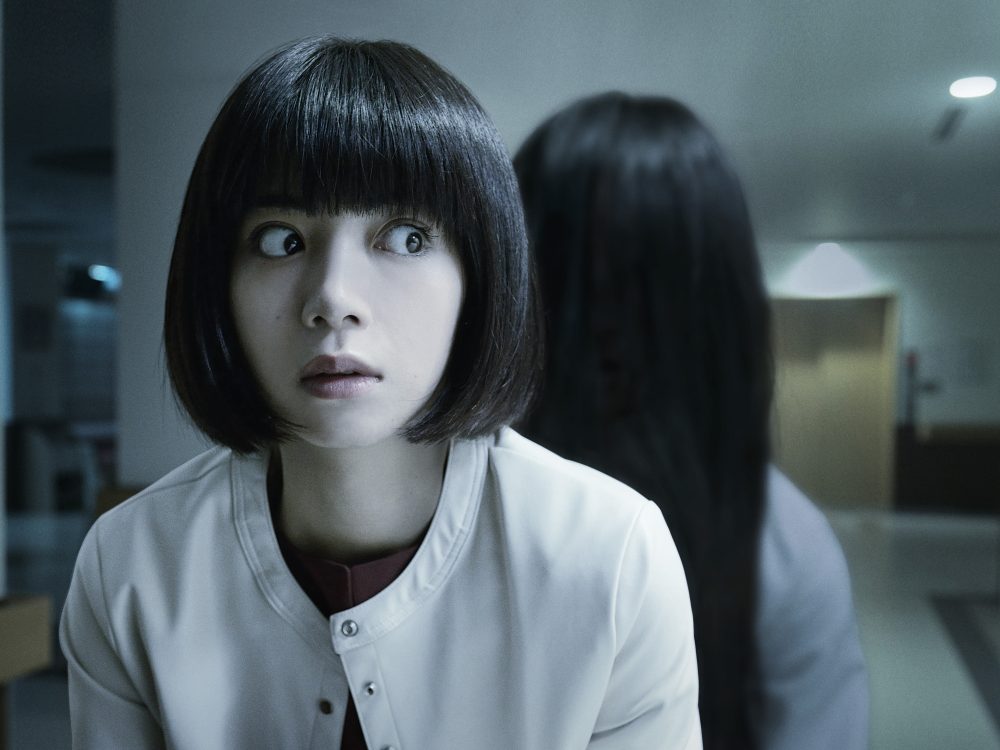