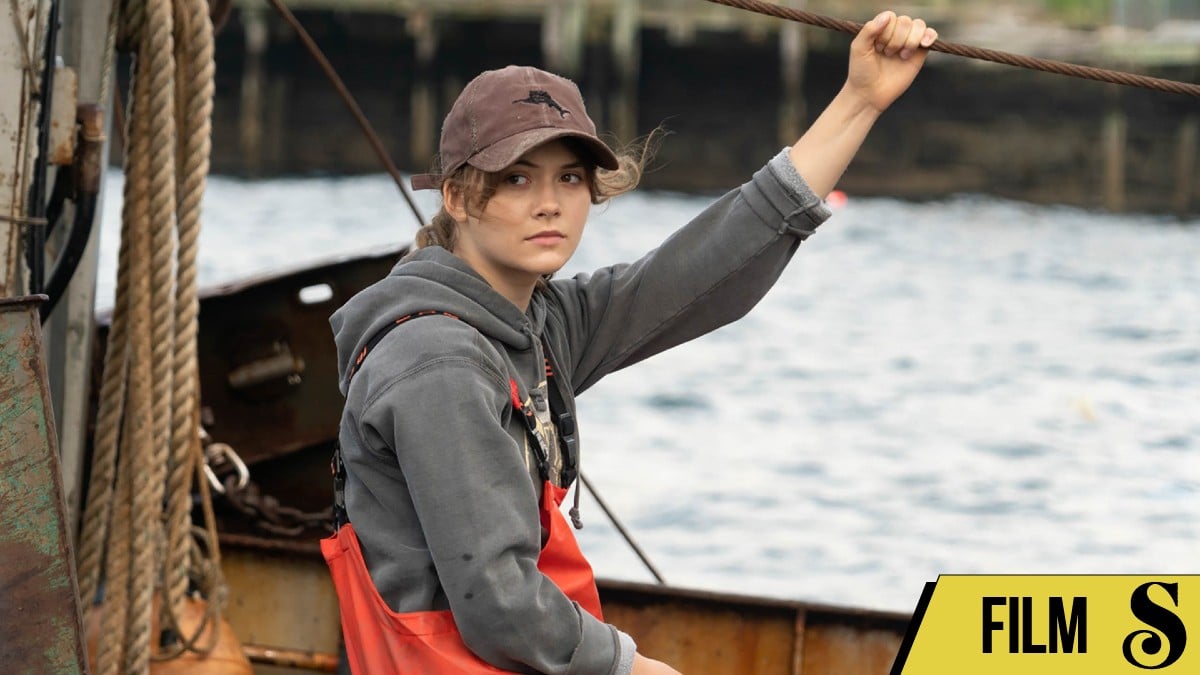 Sian Heder directs a touching & funny story of having to choose between dreams & obligation.

The reason why so many movies about teenagers don’t work is because they often feature too-old actors playing characters who talk like jaded 35 year-olds (or rather, like the people who wrote them). Every once in a while, however, you find a real gem, like Sian Heder’s Coda, a low-key, moving story about a teenage girl who finds herself caught between doing the thing she loves, and having to help keep her family’s business afloat.

17 year-old Ruby, played by Emilia Jones (in what will hopefully be a star-making performance) is the only hearing member of her Massachusetts fishing family. On top of trying to get through school, she must also work on the family fishing boat, serving as the ears and voice of her father, Frank (Troy Kotsur), and older brother Leo (Daniel Durant), as they try to avoid (with mixed success) getting ripped off by the local fish buyer. It’s quietly expected that Ruby, who has no real plans for college, will simply stick around as long as Leo, Frank, and her mother Jackie (Marlee Matlin) need her.

Mostly because her crush, Miles (Ferdia Walsh-Peelo), joins it, Ruby joins the school choir, led by the flamboyant, no-nonsense Mr. Villalobos (Eugenio Derbez). But here’s the thing: Ruby really can sing. Most of the time it’s on the fishing boat, where no one can hear her, but she’s an untapped talent, and one Mr. Villalobos recognizes immediately. Knowing that singing stars aren’t made in tiny New England fishing towns, he encourages Ruby to hone her talent, in preparation for an audition at Berklee Music School. Once it becomes clear that her family is struggling for money, and can’t afford someone to take over her duties as interpreter/speaker, however, Ruby is all too willing to give up her newfound dream of becoming a professional singer, in favor of doing what’s “right.”

I’m making Coda sound like a teen melodrama, but it’s actually sweetly funny, with such eye-opening scenes as a high school choir singing “Let’s Get It On.” Ruby, moody and sarcastic, but also shy and uneasy in her own skin, feels real and lived in, as if Heder, who also wrote the screenplay, talked to real teenagers and got an idea of what it’s like to be them. Her family feels real too, with a brother who spends much of his time swiping left on Tinder, and parents who can’t keep their hands off each other (and what a refreshing change of pace that is from parents who openly loathe each other, but inexplicably choose to stay together). These are all characters worth rooting for, rather than wondering why the screenwriter felt they were worth having an entire movie centered on them.

I’m making Coda sound like a teen melodrama, but it’s actually sweetly funny, with such eye-opening scenes as a high school choir singing “Let’s Get It On.”

Coda occasionally relies on teen movie stereotypes, like the mean girl classmate who, even well into senior year, is still making fun of Ruby for having deaf parents. But that’s a small flaw when compared to the movie as a whole, not to mention being able to learn how to sign “shit face” and “twat waffle.” One can probably predict how it’s going to end, but the journey there involves some of the most touching relationships you’re likely to see in a movie this year. There’s not just Ruby and her parents, the heart of the story, but Ruby and Mr. Villalobos, who sees her potential, but also doesn’t accept excuses (or lateness, or laziness). The “teacher saves student from throwing their life away” trope isn’t a new or particularly fresh one, but here it’s given a unique spin both by Derbez’s near-campy performance, the genuine warmth that develops between him and Jones, and the hint of what Mr. Villalobos may have had to give up before settling down to become a teacher.

Leave ‘em wanting more, as they used to say, and Coda leaves us wanting more — more of Ruby’s parents lives in a hearing world, more of what happened to Mr. Villalobos before he ended up in a smalltown Massachusetts high school, more of the tender relationship that develops between Ruby and Miles. Heder skillfully balances humor and heart (if you don’t at least have a lump in your throat during much of the last twenty minutes, I can’t help you), and will hopefully come away from this as the next big player in filmmaker. It’s a wonderful thing to step into a world that may be unfamiliar to us, but ends up feeling like home.