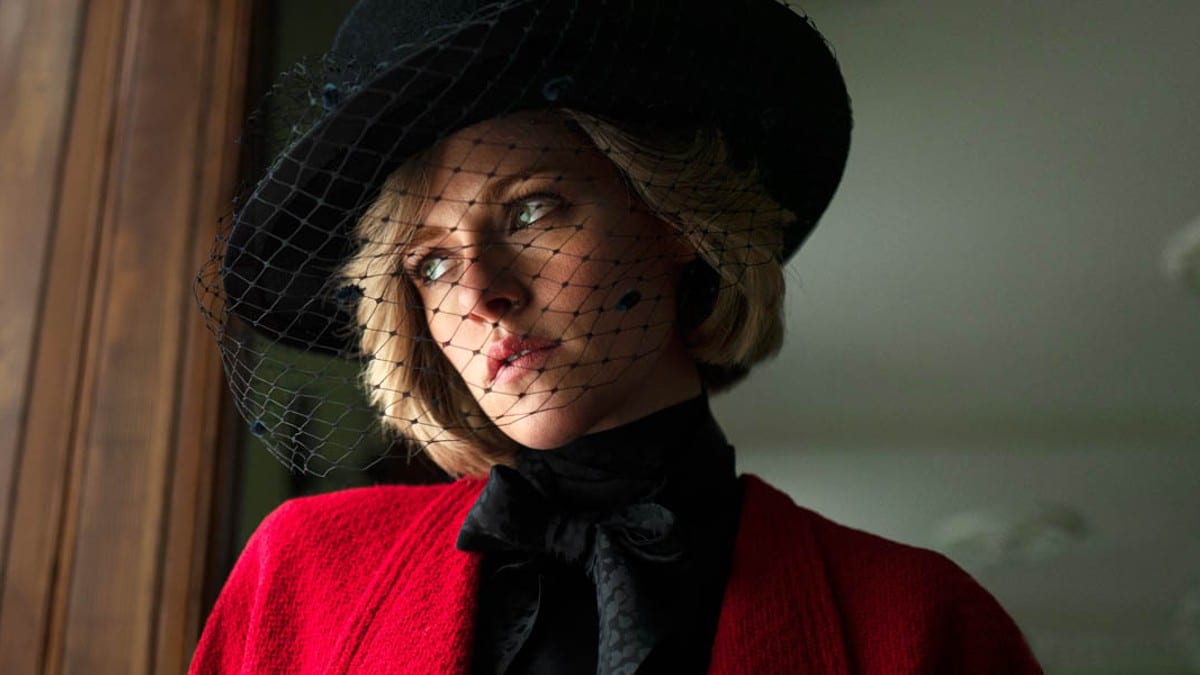 The CIFF films considered here disavow any easy distinctions between fiction and nonfiction. All five of these films reach profound emotional, spiritual, and/or systemic truths by adding performance and cinematic layers.

The House of Snails begins to unwind the line by playing with fiction, folklore, and reality. Spencer builds on this by making a folkloric fiction about a true subject. The Tsugua Diaries challenges the boundaries between fiction and documentary. Acts of Love goes further and collapses them altogether. Finally, A Cop Movie politicizes these strategies and shows how they can expose ugly systemic truths.

The House of Snails

When Antonio (Javier Rey), a writer, arrives in a nowhere ghost town outside of Madrid, he immediately feels all eyes on him. Under this intense surveillance of scrutiny and superstition, Antonio’s paranoia begins to rise. Nothing about the town seems real.

And the longer he stays, the closer he can feel the wolves circling.

Director Macarena Astorga has composed a stealthy Hound of the Basquervilles tale that slowly reveals its preternatural elements. It’s a classic rural folk horror story told through classic cinematic means so we should feel like we know where the narrative is going, yet Astorga provides enough twists to keep us guessing.

It’s a kaleidoscopic take on the werewolf film that presents traditional tropes around modern concerns of identity and community. It destabilizes any clear definition between human, animal, legend, and history. Expertly employing Antonio’s paranoia. The House of Snails deliciously devours the interlocking realms of reality and folklore, folklore and fiction, fiction and reality.

Spencer begins with the caption, “a fable from a true tragedy.” Director Pablo Larrain shakes off any notion of truth or reality from the very start. And just as Astorga does in House of Snails, Larrain will use paranoia and surveillance to tell his ghost story. Whereas Jackie (2016) found Jackie Kennedy a ghost with an uncertain future, Spencer sees Princess Diana (Kristen Stewart) as a ghost with no future, only past and present tense.

Under the watchful, critical, leering eyes of the royal family and staff, Diana begins to unravel from herself, her marriage, the monarchy, and time itself. At times, Stewart’s radically modern performance style seems out of joint with the Diana from upper-class England, yet it almost seems to work in Larrain’s favor, making Diana feel even more out of time and place.

Spencer is an extraordinary elegy. To get at a true honoring of its real-life subject, Larrain and his cast add layers of performativity. This is not a biography in the literal sense but more in the spiritual one. With Stewart’s heightened performance mode, circular and languid cinematic style, and richly disquieting score by Jonny Greenwood, we get at something real about Diana’s life: the pressures she faced, the hurt she felt. But we also get at something true about the afterlives of Diana, of the way we too have made her a ghost composed wholly of past and present.

The Tsugua Diaries also plays with disjointed time and layers of performance to breakthrough fantasy and back into truth. Crista Alfaiate (Arabian Nights), Carloto Cotta (Diamantino), and João Nunes Monteiro (Mosquito) expertly play versions of themselves in this backward tale about the problems and pleasures of filming during COVID-19. As we learn more about the film, cast, and crew in reverse order, it feels as though we are archaeologists, learning bits of information told through fragments as we go back in time.

Ever the cunning compositor, director Miguel Gomes with his wife/creative partner Maureen Fazendeiro have put together a richly complex narrative about the simple things in life and filmmaking. Not much happens in the film, the film itself happens. It’s a brilliant, calm, and serene film for being set during one of the most tumultuous events in recent world history. Yet, in that, remains a tender testament that life and creativity will and must go on.

If Tsugua Diaries is a film about filmmaking, the docu-fiction drama Acts of Love pushes genre boundaries as a film about story-making. We follow a filmmaker (writer-director, Isidore Bethel) who’s traveled to Chicago while his relationship with an older man in Mexico City is waning. He places an ad on Grindr looking for men willing to chat in front of a camera for 30 minutes and develops a story based on recreations and embellishments from those conversations.

With a remarkable eye for contemporary documentary conventions Bethel and co-director Francis Leplay (re?)create a personal narrative documentary that feels candid. Yet just as we’re beginning to feel like we’re watching something too true for comfort, the camera moves or the lens zooms and we’re reminded that we’re not alone in the room; there’s a crew. Do we ever know what is candid or performed when acting love?

Told with remarkable candor by its participant-performers, Acts of Love is an ingenious example of how, contrary to logic, adding performance layers can sometimes expose something true. It’s almost dizzying how the layers of storytelling build as layers of clothing are shed. Bethel and Leplay’s delightfully reflexive approach insights a total collapse between private/social, artist/subject, then finally actual/emotional/cinematic reality.

On the streets of Mexico City, two police officers, Teresa and Montoya, known as The Love Patrol, share their experiences as romantic patrol partners. As we follow each of their perspectives, it feels like we’re watching an episode of Police Reality TV, a director creating a documentary feel. But then technology fails.

Suddenly we’re more in a documentary than we thought. The people we know as Teresa and Montoya are actors, put through rigorous training for their roles. A Cop Movie then shifts and documents the actor’s process and processing of learning the ins and outs of policing.

Here again, just as in the films discussed earlier, adding layers reveals a truth. But unlike The Tsugua Diaries and Acts of Love, A Cop Movie blurs the line between fiction and documentary to address a system, an institution. Director Alonso Ruizpalacios uses similar cinematic and storytelling tools as these others, but he incisively politicizes them.

As he tills the layers between performance and actuality, we reach the reality of disillusionment with and within the police force. Ruizpalacios has created a film that offers an emotional education on what it means to be a police officer in an age hyper-focused on police oppression. In doing so, has created a unique film that lays out a sharp and emotional argument for sweeping police reform.

These films, each in their way, shake up conventional demarcations between fiction and nonfiction. They remind us that what Cinema has always done best is show us reality through fantasy. The films discussed here take that potential seriously and each one uses it to teach us something about storytelling and ourselves. In doing so, these five films evocatively ask us to consider how much of our inner and outer lives are performance and if that performance makes them any less real. 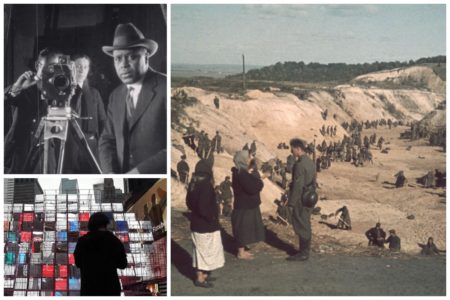 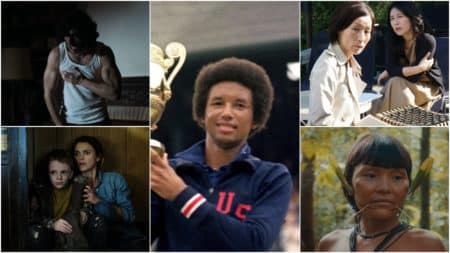 We break down the movies we're looking forward to seeing most out of this year's hybrid festival in Chicago. 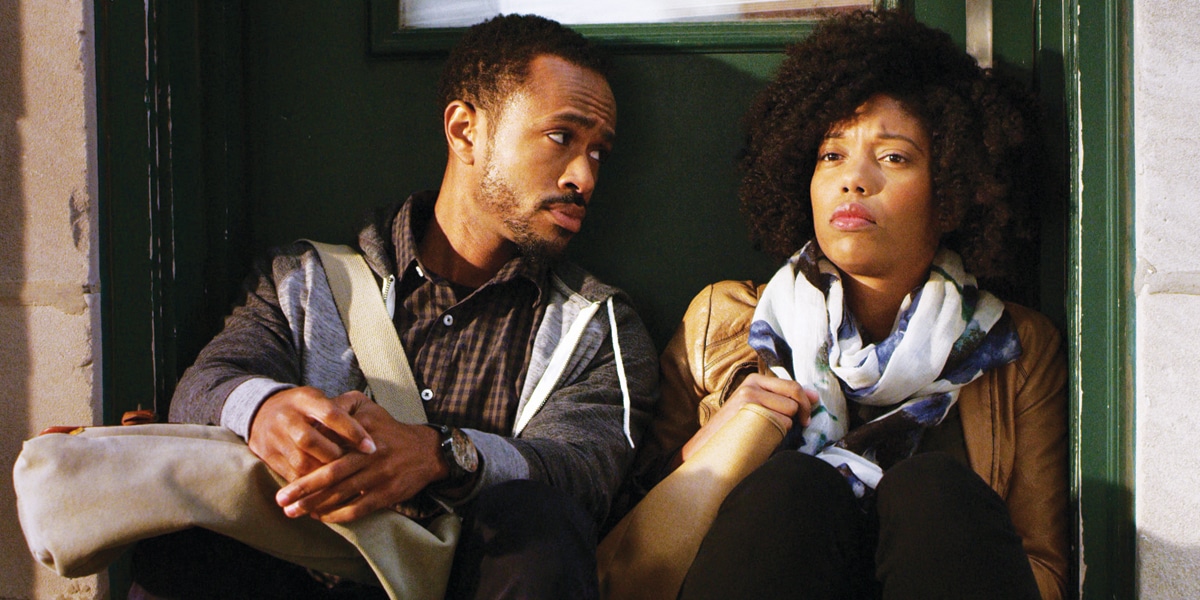