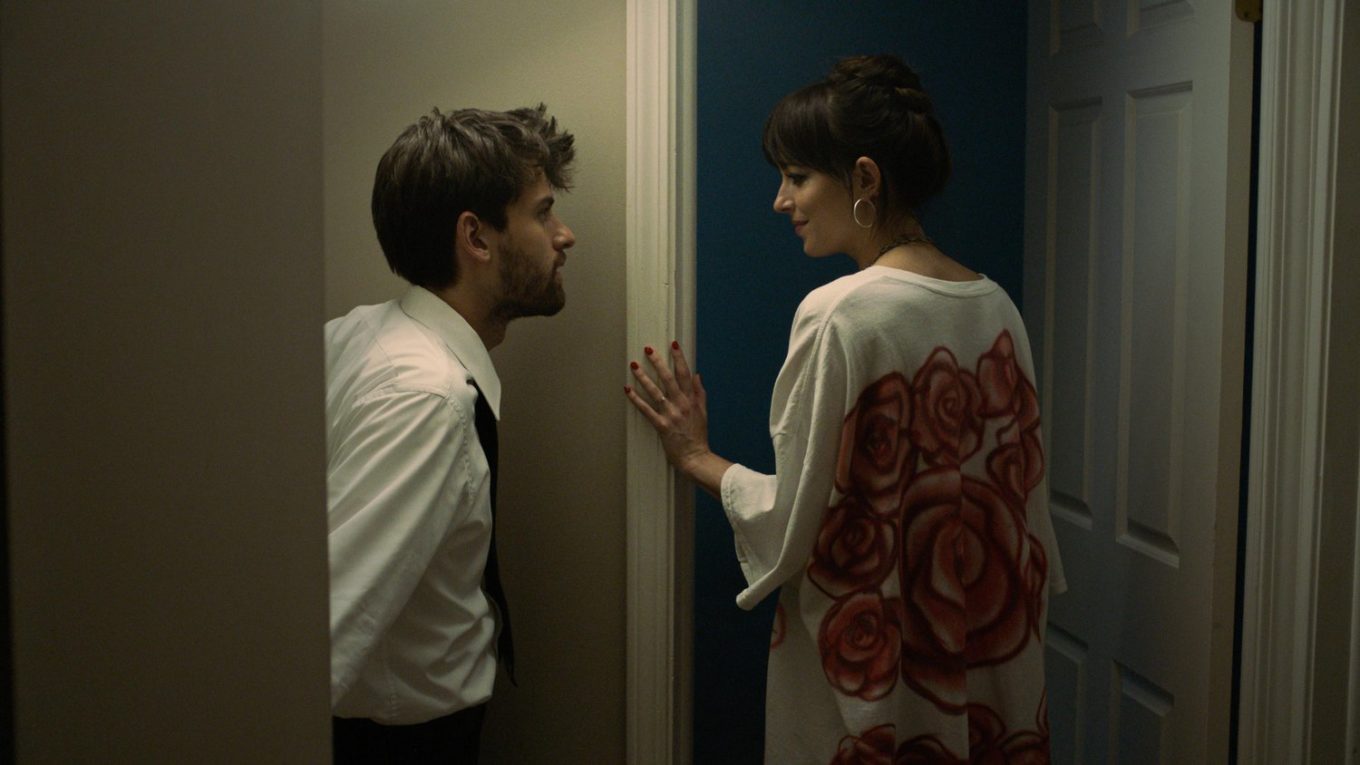 From indie melodramas to animated tales of displaced shells, this year’s critics-curated festival offers up a Midwestern answer to the big boys.

As one of the only stateside film festivals run by film critics (if not the only), this year’s Chicago Critics Film Festival offered a smartly curated showcase of new and established talent, bringing faves from larger fests like Sundance, SXSW, Berlinale, and more to the Windy City.

What’s more, this year was a bit different; the Chicago Film Critics Association and Rotten Tomatoes teamed up to form the Emerging Critics Grant, offered to newer critics from marginalized communities in the Chicagoland area (I was fortunate enough to become one of its inaugural recipients).

As such, I wanted to post a smattering of lessons I learned during the festival. Below are just a handful of capsule reviews of some of the films that struck me most. I hope they inspire you to seek them out.

Leslie Mann made me forget the air-conditioning was broken. Though the theater was hot with excitement and sticky with sweat, her sense of humor and tremendous heart could break even the thickest humidity. As the instantly charming, tender, and watchful mother, she sets the tone for the film to come and how we might approach it. When her barely-teenage son Andrew tells her he’s got a crush on the young woman hosting the bar mitzvah, she knows his attempts to woo her won’t work out, yet she also recognizes love’s first sting as an essential lesson to learn in growing up.

This opening prologue reflects Cha Cha Real Smooth as a whole. As the college-age Andrew, writer/director Cooper Raiff delivers a boyish sense of the world that eventually grows wiser without ever losing its goofiness. His relationship with Domino (Dakota Johnson) and her daughter Lola (Vanessa Burghardt) opens his eyes to the complexities of adult life and adult love. Dakota Johnson’s guarded persona reveals depths of sincerity to show us that our main characters learn something from each other. Things don’t always work out how we plan, but that doesn’t make the journey less critical.

It’s a tiny human dramedy that felt a little out of place on the big screen. When the film makes its premiere on Apple TV+ on June 17, 2022, it will likely play less stretched, no longer feeling as if it were reaching for something grander than it is. It should be nice to watch at home. It’s a domestic drama, after all. The enjoyment of Cha Cha Real Smooth is in its tender and humble celebration of life and all its complicated lessons.

Marcel The Shell With Shoes On (dir. Dean Fleischer-Camp)

For more big hearts in small places, look no further than Marcel the Shell with Shoes On. This is not an adaptation of the YouTube series but a wholly original, adorable adventure, one that I’m likely to go on again and again.

Now famous after his internet success, Marcel and his quest to find his community are the subject of a documentary. Along with co-writer and star Jenny Slate, writer/director Dean Fleisher-Camp has crafted a heart-moving adventure that offers complexly tender examples of what makes life worth living.

With its charming earnestness and immaculate use of Isabella Rossellini, this is one (children’s?) film that trusts in the maturity of its audience. Though not afraid to break our hearts, Marcel is always interested in building us up through its explicit goal of transforming an audience into a community. Production Designer Liz Toonkel’s immaculately conceptualized world allows us to enter a play space where we might make a new world where we can all come out of our shells a little bit.

I promise myself one addiction drama every film festival. Though not my favorite genre because it rarely solves the social problems that created the drama, I admit the dynamics required to tell these stories well are vehicles for actors (especially women) to give some fantastic performances. Michael Morris‘ To Leslie is a textbook example of the dependency and redemption story told through the fiery expression of its central performer, Andrea Riseborough.

Leslie is a poor white living in the south. Despite winning the lottery some years ago, things have dried up. Except for Leslie. Never far from a bottle, she’s been stumbling through life and has come to the end of the road. It’s hard to keep a job. Her son (Owen Teague) must evict her. Her family (Allison Janney & Stephen Root) can’t trust her. But with the help of a compassionate motel owner (Marc Maron), she learns to trust, live, and love again.

Leslie’s transformation feels total because of the strength and dexterity of the woman pulling her strings. The intensity and gravitas that Riseborough brings to her unsympathetic character demonstrates an actual depth of feeling and understanding. We could hate Leslie and become unforgiving, but the humanity recreated on the screen pulls us in, and by the end, we want to pull up to the diner counter and enjoy her journey.

Both Sides of the Blade (dir. Claire Denis)

Reteaming for the third time, Director Claire Denis and Juliette Binoche once again create a heart-bursting exploration of the instabilities of bourgeois French life. Once the privatization of a relationship is in question, things begin to unravel. What seems like petty insecurities spin out towards an explosive, demanding, life-affirming end.

Sara (Binoche) and her partner Jean (Vincent Lindon) have been together for over a decade. But when Sara spots her old flame Francois (Gregoire Colin), uncertainties and jealousies begin to boil up. Denis and screenwriter Christine Angot make this an active triangle, with each side manipulating the others, making this more than just a mundane infidelity melodrama.

Little ‘action’ happens because this film is about the ripples that grow from small splashes. The tiny inciting instant plays like a thriller. Denis brilliantly chooses to emphasize the moments that lead up to life’s dramas. Both Sides of the Blade is a mature and intimate narrative, an understated, contemplative, sexual-existentialist drama as only the French can provide.

Rebecca ‘Beba’ Huntt’s poignant auto-documentary, Beba, is perhaps the most explicitly lyrical and exigent film I saw at the Chicago Critics Film Festival. Often brutally honest, Beba feels nothing short of brave. As we follow her through her life story, Huntt tells us the good and the bad, what has trapped and uplifted her. Never one to mince words, she is unafraid to interrogate systemic anti-blackness, even within her own family.

But interspersed between these moments of almost violent vulnerability are phrases of pure poetry. Beba’s guiding soliloquies demonstrate a growing lyrical sensibility that can distill grand ideas into sparkling and mighty meter. Just as she takes us back and forth between Latin America and the United States, Huntt expertly flips modes from poetry and prose.

As the admitted student of Hegel, Huntt is unafraid of the dialectics, of conflicting ideas churning to create change. She explores the hyphen in her Afro-Latina identity like a philosophy student, reading out whole histories and the effects of their legacies. She can hold the horror of the past in balance with the joys of being Afro-Latina and inheriting its culture. Though Beba is about trauma: historical, generational, and personal, it’s equally about the revolutionary self-determination that can grow from understanding and even celebrating the structure of one’s scars.

Flux Gourmet is one of the noisiest films I’ve ever seen, in a good way. Tim Harrison’s sound design is brutally and deliberately cacophonous. It helps transport us to the very edge of tension through a unique and effective manipulation of sound.

In proper Peter Strickland form, such punching soundscapes match with elegantly languid filmmaking. Always able to balance violent mise-en-scene with serenity of camera, Strickland uses film and fantasy to explore philosophical and sensual dimensions, and this one’s no different.

Jan Stevens (Gwendoline Christie) runs a prestigious sonic culinary institute and is hosting her recent artistic residents Billy (Asa Butterfield), Lamina (Ariane Labed), and Elle (Fatma Mohamed). Together, they are a group of noise artists delivering sounds from cooking on a creative journey to test the limits of what ‘catering’ means. Just as their instruments are at times dissonant with one another, through Flux Gourmet’s mockumentary style, we get a taste of the rich web of relationships between everyone at the institute.

Strickland’s films are puzzles, and Flux Gourmet is no exception, though it feels more direct than his others. Everything feels like it’s plugged into the proper channels for the theatrical and unsettled mood Strickland is trying to achieve. But far from clear and tidy, this is one film that asks us to come and dine again, tasting a different frequency each time. 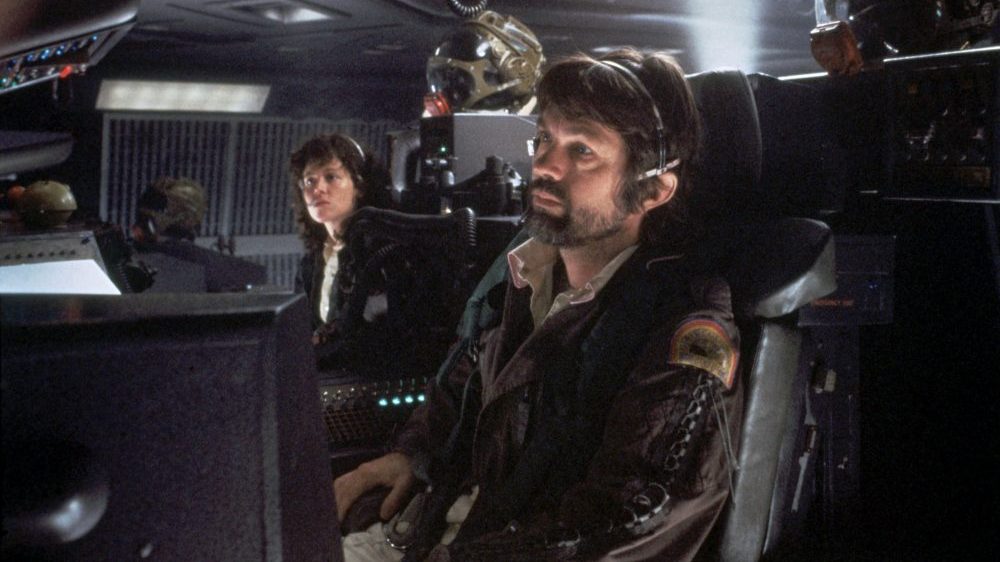 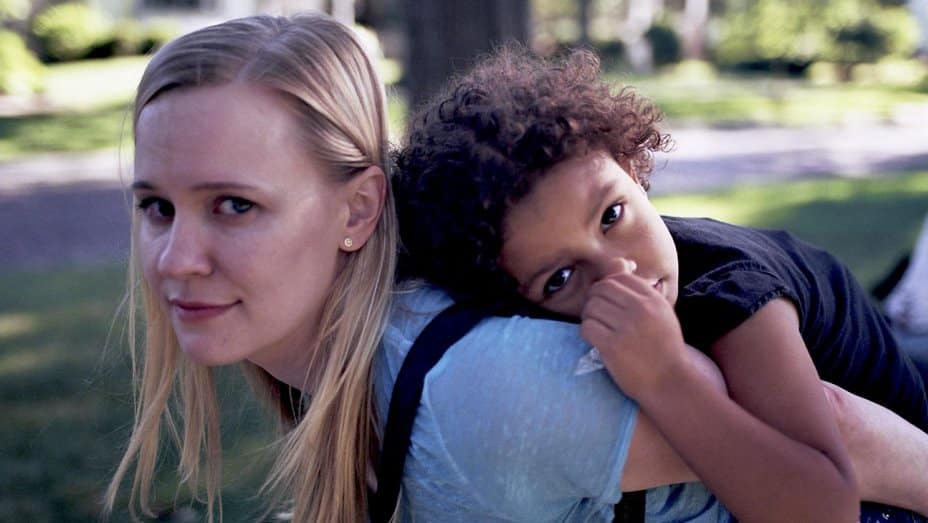