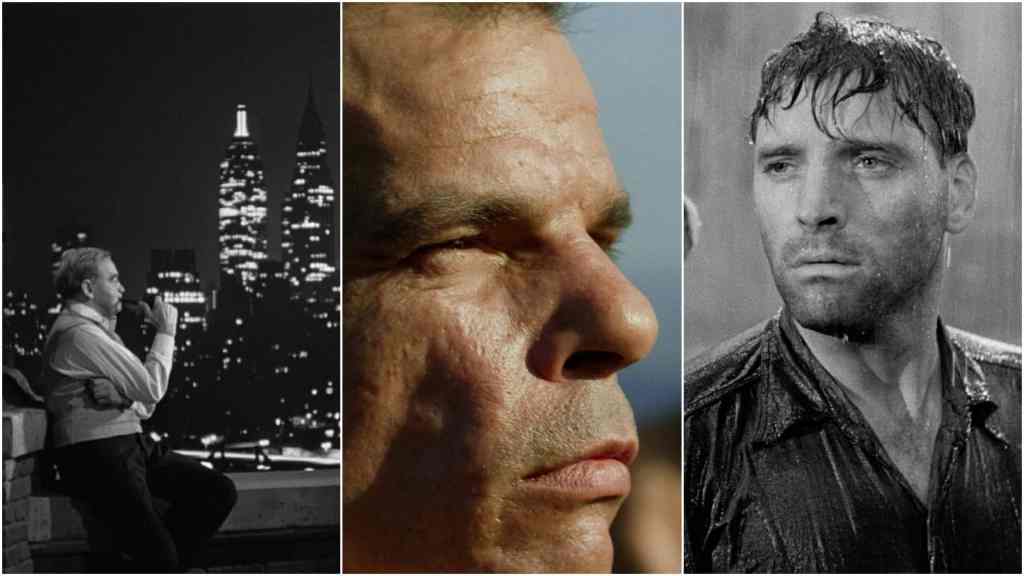 If you’ve enjoyed any kind of police procedural media in your lifetime (a prospect that admittedly becomes a lot more uncomfortable in this age of police brutality and rampant corruption), you likely have Jules Dassin‘s The Naked City to thank. The Rosetta Stone for the gritty New York crime drama, Dassin’s 1948 work is remarkable for its use of real New York locations and use of Italian neorealist techniques to make you feel like you’re watching a documentary about a true crime about the murder of a young woman, and the dogged policemen determined to find out whodunit.

Viewing The Naked City in 2020, our focus turns not onto the performances, which are handsome but hammy, or the hard-boiled dialogue (Muldoon tells a suicidal doctor who tries to jump out a window, “I don’t know anything about medicine, doctor, but that’s one prescription that never cured anything”). It’s the city itself, one of the few films to truly earn that well-worn homily of New York City being like another character in the movie. The city exists in montage, Dassin and producer Mark Hellinger (arguably the true auteur of the picture) taking great care to flesh out the New York that surrounds our murder mystery. By the time the documentary elements fall sway to a stylized chase sequence at the end (pure Dassin), you feel the effect these events will have on the city itself. Then again, as the narrator notes, “there are eight million stories in New York. This is one of them.”

Both Naked City and Brute Force are older Criterions with pristine 4K reissues courtesy of TELFilms Film Restoration & Preservation Services, who describe their painstaking efforts in text at the start of both pictures. For all intents and purposes, we’ve lost the original negatives for both Dassin films, but the firm does excellent work cobbling together a pristine recreation from other prints and finding a rhythm that works for the Criterion’s presentation. Malvin Wald’s commentary for the original DVD in ’96 is a welcome addition, as is a 2006 interview with film scholar Dana Polan about the film’s impact. Like a lot of earlier Criterions, the features are sparse, but given the dying art of the audio commentary, that alone makes this one worth picking up.

You can purchase The Naked City from the Criterion Collection here.

Where The Naked City was comparatively journalistic in its approach, Dassin’s Brute Force is pure melodrama — a prison-break parable of a kind with Don Siegel’s Riot in Cell Block 11, about a cell block of prisoners with vibrant characteristics (led by a stone-faced, balletic Burt Lancaster) bristling under the thumb of an authoritarian prison guard (a supercilious Hume Cronyn) with eyes on the wardenship.

Much like Naked City, Dassin strips down the whos and whats of Brute Force. But as David Bordwell elegantly explains in his short featurette on the Criterion Blu-ray, Brute Force remains a masterclass in varying acting styles, from the ferocity of Lancaster to the deep, straight-laced control of Cronyn and others. It’s stagey, but in a good way, and hard-hitting like few Hays Code-era films of the time.

Like Naked City, Brute Force had a difficult time getting to its current pristine state, and the 4k restoration is a delight to behold. Alain Silver and James Ursini, film noir specialists, offer up an informative commentary, and a 2007 interview with author Paul Mason highlights the role this film plays in modern conceptions of prison culture and our sympathy with prisoners in the media.

The booklet is more robust than others, too, with an essay by Michael Atkinson, a profile of Hellinger, and correspondence between Hellinger and Production Code administrator Joseph Breen about the film’s content. These latter exchanges are particularly interesting; both here and in Naked City, Criterion offers us a glimpse of producer as auteur, and the way he would have to wrangle his films into the shape he wanted. Reading correspondence like this feels like stepping into film history and the machinations of old-school Hollywood producers, another reason why Criterion is the best at what they do.

You can purchase Brute Force from the Criterion Collection here.

Claire Denis remains one of our finest living filmmakers, and she’s been doing stellar, experimental work in her last decade of operation, from the sensuous rhythms of White Material to the high concept sci-fi sexuality of High Life. But it’s her 1999 masterwork Beau travail that cements her as a living legend, a hypnotic tone poem riffing on Melville that pits an aimless French Foreign Legion sergeant (Denis Lavant) against the handsome young recruit (Grégoire Colin) for whom his feelings flit between jealousy, rage, and desire.

Against the flat blue skies and desolate sands of Djibouti, in the Horn of Africa, a delicate morality play about the fragile nature of masculinity plays out. Much like Mendes’ Jarhead, Lavant’s sergeant and the others strain against the suffocating idleness of their post. In fact, they seemingly stop only to engage in elegantly-choreographed exercises that feel more like ballet — mostly given their design by Bernardo Montet. The soldiers engage in masculine posturing, but often take on feminine codes — performing housework traditionally bereft of male participation, the undulation of sweaty, muscular chests in Agnès Godard’s heat-soaked cinematography. It’s a film about queerness as much as it is maleness and loneliness, and its subjective rhythms are difficult to describe — but for the explosion of dance that ends the proceedings, a vibrant last gasp of life for a man who’s lost his way.

Fitting for a 2020 Criterion release, Beau travail‘s features come with a bevy of Criterion Channel-friendly supplements, including a conversation between Denis and Moonlight filmmaker Barry Jenkins, as well as a stunning video essay by Judith Mayne. Interviews with the two leads also provide further context to the meandering nature of the shoot and the openness of Denis’ direction, and Godard engages in a selected scene commentary about the look of the film — a letdown from the prospect of a full-length commentary, but a decent half-measure regardless. Plus, Beau travail is so dreamlike, you’d be hard pressed to find specific things to say about each scene anyway. Best to let the crisp, humid 4k restoration whisk you away.

You can purchase Beau travail from the Criterion Collection here.

Clint Worthington
Founder, Editor-in-Chief at The Spool
Clint Worthington is the founder and editor-in-chief of The Spool, as well as one of the founders of the website/podcast Alcohollywood in 2011. He is also a Senior Writer at Consequence of Sound, as well as the co-host/producer of Travolta/Cage. You can also find his freelance work at IndieWire, UPROXX, Syfy Wire, The Takeout, and Crooked Marquee.

Latest posts by Clint Worthington (see all)
Liked it? Take a second to support The Spool on Patreon!