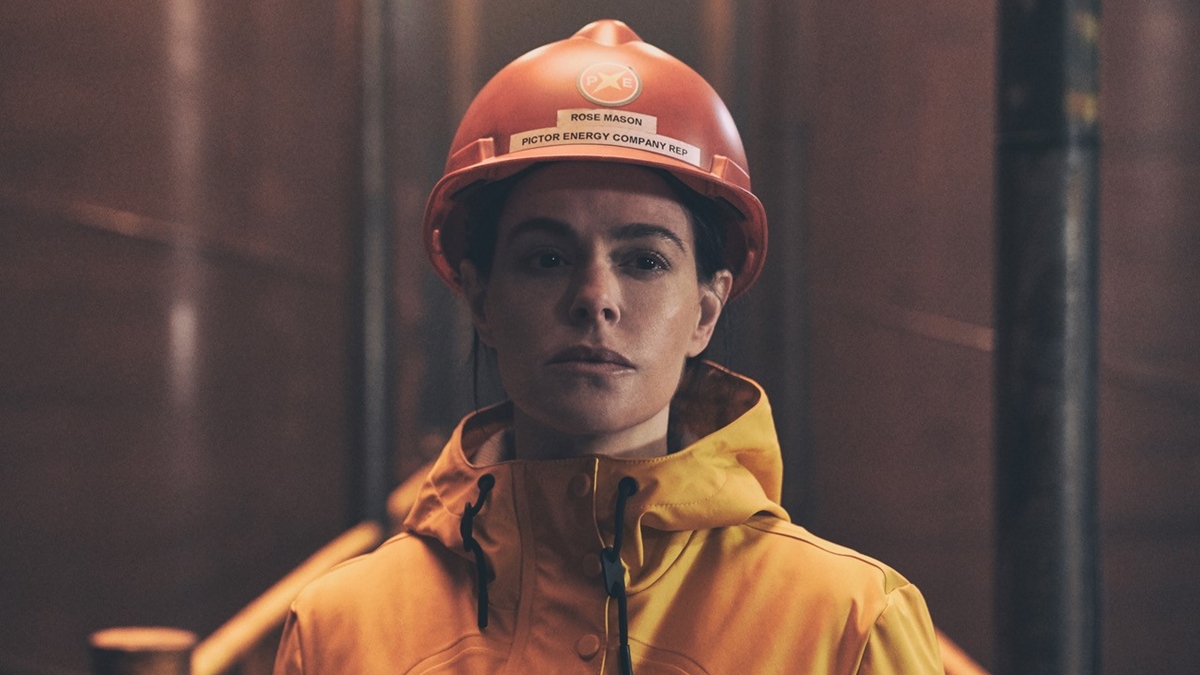 The new Prime Video series borrows from an array of other television and film with intriguing results.

A crew of workers isolated from the rest of the world encounters some kind of biological agent that turns the infected against the uninfected. A blood test can easily reveal infected individuals, but complications ensue when attempts to apply the test begin. No, I’m not reviewing The Thing. I’m not reviewing either of those X-Files episodes, “Ice” or “Firewalker.” Instead, I’m talking about The Rig, a new series from Prime Video that’s thick with ideas drawn from other works.

In addition to The Thing, the series pulls references from hive-mind sci-fi threats like Invasion of the Body Snatchers, Lovecraftian water terror, possession fiction, and weather-forced seclusion horror such as Storm of the Century. In the three episodes provided to critics, The Rig has gone deep (no pun intended) into inspiration combining and remixing multiple sources to construct its plot.

Does that make it derivative? Sure. Does that stop The Rig from being unsettling and intriguing? Not a bit.

Miles from shore, a Scottish oil rig sits. Tensions are already running high thanks to a change in who gets to take the next chopper home for break. Junior worker Baz (Calvin Demba) has been bumped in favor of letting corporate representative Rose’s (Emily Hampshire) boyfriend and communications worker Fulmer (Martin Compston) hop aboard instead. As the saltiest of dogs, Hutton (Owen Teale), starts fuming about the injustice of it, a fog rolls in. The bizarre weather event temporarily guarantees no one is getting a ride home, fair or otherwise.

Additionally, it coincides with a series of strange events. They include a horrible accident for one crew member, a rain of ash from an unknown source, prophetic visions, and an outbreak of an unknown parasitic infection. As captain Magnus (Iain Glen) struggles to keep the crew together, already existing frictions reach their boiling point, secrets come out, and the bodies begin to pile up.

[Series creator David] Macpherson has created a creepy and intriguing tinderbox in this first half of the season.

Visually, the budget does sometimes constrain The Rig. That said, it frequently finds ways to make a point subtly. For instance, they’ve outfitted Hampshire in a starched white shirt tucked tight into black pants. Initially, she’s styled with her dark hair pulled back in a long straight ponytail and a red lip. The color contrast on her skin and the formality of her outfit is attention-getting without being ridiculous. In contrast, the workers are mostly dressed casually or in safety clothes. The colors are rarely as stark, even the orange jumpsuits employed on deck.

The series also lands set design, especially as it progresses. The camera consistently conveys both the vastness of the structure and the tightness of each section. The more time viewers spend with the crew, the most confusing the geography of the oil rig becomes. It doesn’t read as a failure of directors Alex Holmes and John Strickland to make use of the space. Instead, it conveys how stress and confusion render the familiar increasingly threatening, even for the workers who have spent months living and working on this structure.

Series creator and writer David Macpherson—in his first ever television credits—and his co-writers Meg Salter and Matthew Jacobs Morgan achieve similarly intelligent results with the large cast. We meet at least a baker’s dozen of characters who get personalities and important business to do in the first half of the season. It’s the kind of show where the audience will likely struggle with names but can quickly figure out their roles and motives. Besides the already mentioned players, Alwyn (Mark Bonnar), a veteran with some “we had this coming” theories, and Heather (Molly Vevers) as an upbeat newbie, stand out.

Macpherson has created a creepy and intriguing tinderbox in this first half of the season. Admittedly, there’s still plenty of time for the whole effort to go off the rails. Worse, it could collapse into little more than bland homage. However, it has nicely played with its inspirations so far without feeling like a pale copy. It’s efficient in its characterization and thoughtful in its use of visual and sound design.

In the era of “Too Much TV,” this isn’t the best the medium has to offer. However, for those searching for a dense but well-paced thriller that seems to know how not to overstay its welcome, The Rig is worth a visit.

The Rig starts drilling on January 6 on Prime Video. 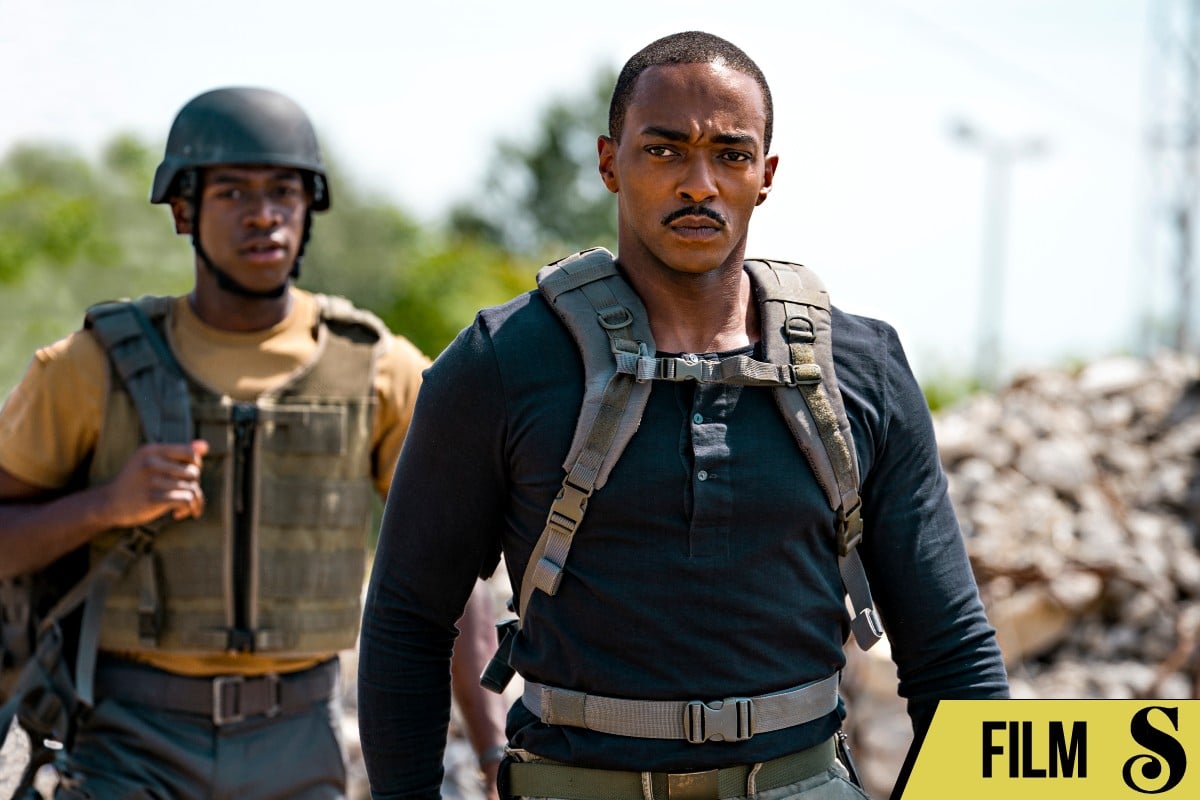 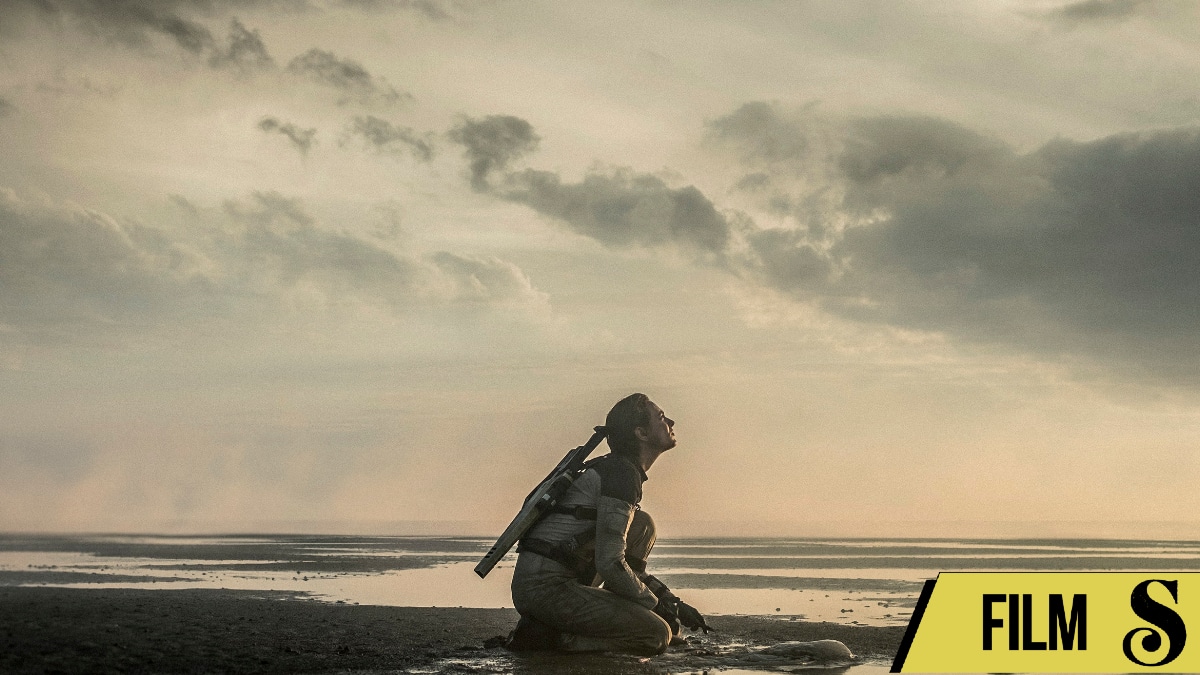 Berlinale: “Tides” revels in its unoriginality

The sci-fi thriller takes no risks, and tries absolutely nothing you haven't seen before. 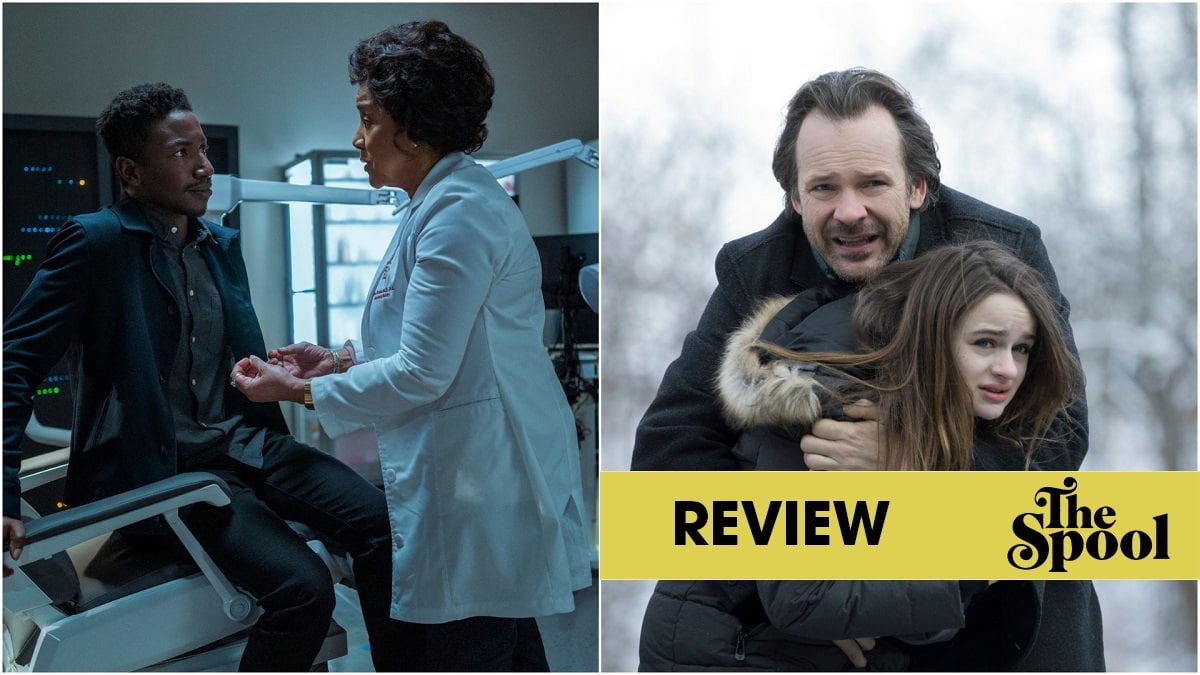 Blumhouse and Amazon Prime kick off their anthology series with a pair of intriguing domestic chillers.