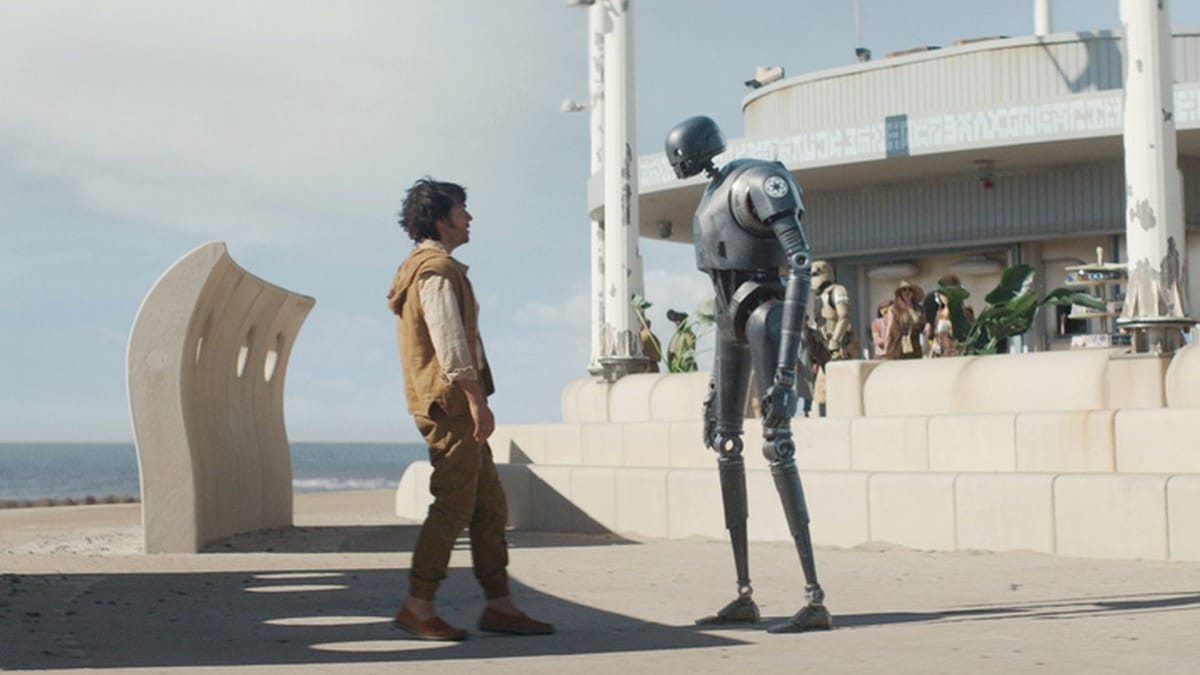 Hello friends and welcome to another episode of Andor! This week’s entry, written by Stephen Schiff and directed by Benjamin Caron, has a slightly different flavor than previous episodes. That stands to reason, though, as the galaxy is changing after the events on Aldhani. This week’s title comes from Dedra Meero’s (Denise Gough) correct assessment that Aldhani wasn’t just a robbery: it was an “Announcement.”

We spend a lot of time on Coruscant this episode, watching our various capital planet friends react to what happened last time. So let’s go story by story until we get to Cassian (Diego Luna) and what goes down with him this week.

Syril Karn (Kyle Soller) sees word of Aldhani on the morning news and has a sad little interview at the Bureau of Standards. He attends after his mother gives him grief about his suit, all but calling him a try-hard. Work history notwithstanding, Uncle Harlo’s favor pays off, and Syril gets his very own cubicle in the Fuel Purity division. How long until he snaps one way or the other?

Mon Mothma (Genevieve O’Reilly) is having a terrible day on Coruscant as well. First, she interrupts Luthen (Stellan Skarsgård) listening in on Imperial channel Aldhani updates (they arrested all the Dhanis who were at their ceremony, by the way), then she’s unhappy to learn that Luthen was behind the operation at all. She observes in horror that the Empire is cracking down, but Luthen, laughing jovially so her driver doesn’t suspect anything, points out that they “need the fear.” This is how change will happen, after all. By making the people angry enough to do something about it. He repeats Nemik’s message: when there are a hundred little violations, they’re easy to overlook. The people can’t ignore it when the Empire starts to tighten its grasp.

Now, I love Mon Mothma. We all love Mon Mothma. But what did she think a rebellion was? People will get hurt, yes. Even innocent people, as we saw on Aldhani last week. This is a message she needs to hear and will continue to hear. There is a balance, naturally, but she has to understand what she’s gotten herself into.

That night, Mon meets up with an old friend, Tay Kolma (Ben Miles), who runs the bank back on Chandrila with which she’s had recent issues. It’s clear that Kolma’s politics run far afield of what he thinks Mon Mothma’s do, but she manages to get across that she needs her money (the cover is an outreach program of which Kolma will be chairman) and that their politics might not be as different as he thinks. “I show you the stone in my hand, you miss the knife at your throat,” she tells him. She learned it from watching the Emperor.

It would have been nice to focus a little more on Cassian this week, especially as he fled to try for a new life.

Speaking of Emperor Palpatine, our pals at the ISB are getting an earful from Colonel Yularen (Malcolm Sinclair). He’s talked with the Emperor regarding the Aldhani issue and things are not looking great. There will be extra taxes on any sector harboring “partisan activity” (nicely vague), all crimes will now receive the maximum punishment, and the Emperor will introduce a law that enables the ISB to do whatever is needed to prevent rebel activity at an emergency session of the Senate. What an idea.

Meero believes (correctly) that this will all just play into the Rebellion’s hands. She asks an attendant to search all sectors’ data for missing Naval equipment. At the next meeting, Lieutenant Blevin calls out Meero for overstepping, but she now has hard evidence that the Rebels are stealing Imperial equipment. Major Partagaz praises her initiative and reassigns the Morlana sector to her. He also tells her to watch her back.

Cassian sneaks back to Ferrix, where he reunites with Maarva (Fiona Shaw), who fills him in on Timm’s betrayal and the new permanent Imperial presence. We learn via flashbacks that an earlier visiting Imperial troop killed Clem Andor for being in the wrong place at the wrong time. This was the act that spurred young Cassian to attack some stormtroopers, leading to his incarceration. Cassian wants to take his credits and flee with Maarva, leaving her to pack as he visits Bix (Adria Arjona). From Bix, he learns that most of Ferrix blame him for the Imperial presence. In response, he leaves her with enough credits to pay his debts, parting on bittersweet terms.

Returning home, Maarva tells Cassian that she isn’t going. The actions on Aldhani have inspired her to join the Rebellion. For 13 years, she avoided the town square because of Clem’s hanging, but when she heard the Aldhani news, she had the spirit to walk across it once more. Cassian, keeping his part in the robbery a secret, encourages her to leave. He explains he’ll feel too worried about her to experience peace. “That’s just love,” Maarva tells her adoptive son. As Cassian leaves, Maarva tells him to give up the search for his sister; there were no survivors on Kenari.

Cassian flees to the beach planet of Niamos, where he lives with his new girlfriend Windi under the name “Keef Girgo.” Cassian sneaks some of his cache of credits to go to the store (perhaps) and is strolling along the beach when he encounters Imperial activity (drone, shoretroopers). He’s halted (and profiled) by one shoretrooper (voiced by Star Wars regular Sam Witwer) for the crimes of “looking around” and “being sweaty, like he was running.” The trooper calls over a KX unit to hold Cassian and take him to a hasty court session where the judge sentences him to six years in prison. Too harsh? Take it up with the Emperor.

As a settling period between arcs, it would be easy to say nothing really happens in “Announcement,” but the ever-widening eye of the Empire is crueler than ever. Yes, this is what the Rebellion needs to fan the flames, but at what cost? How many are going to suffer for what the Aldhani crew did? Yularen also mentions that the Empire will be scrutinizing local customs and celebrations for rebel activity, so the xenophobic laws of the Empire get more power. It would have been nice to focus a little more on Cassian this week, especially as he fled to try for a new life, but bringing Bix and the quest for his sister back into the story fold was worth it. Will we see Ferrix again? Fingers crossed. 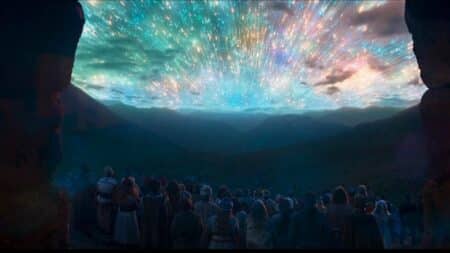 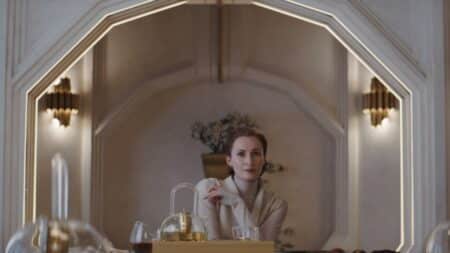 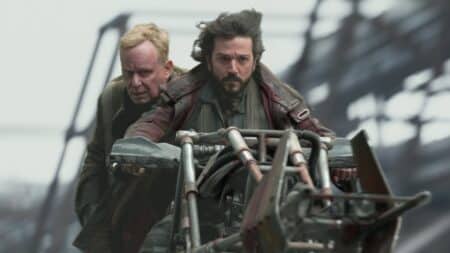