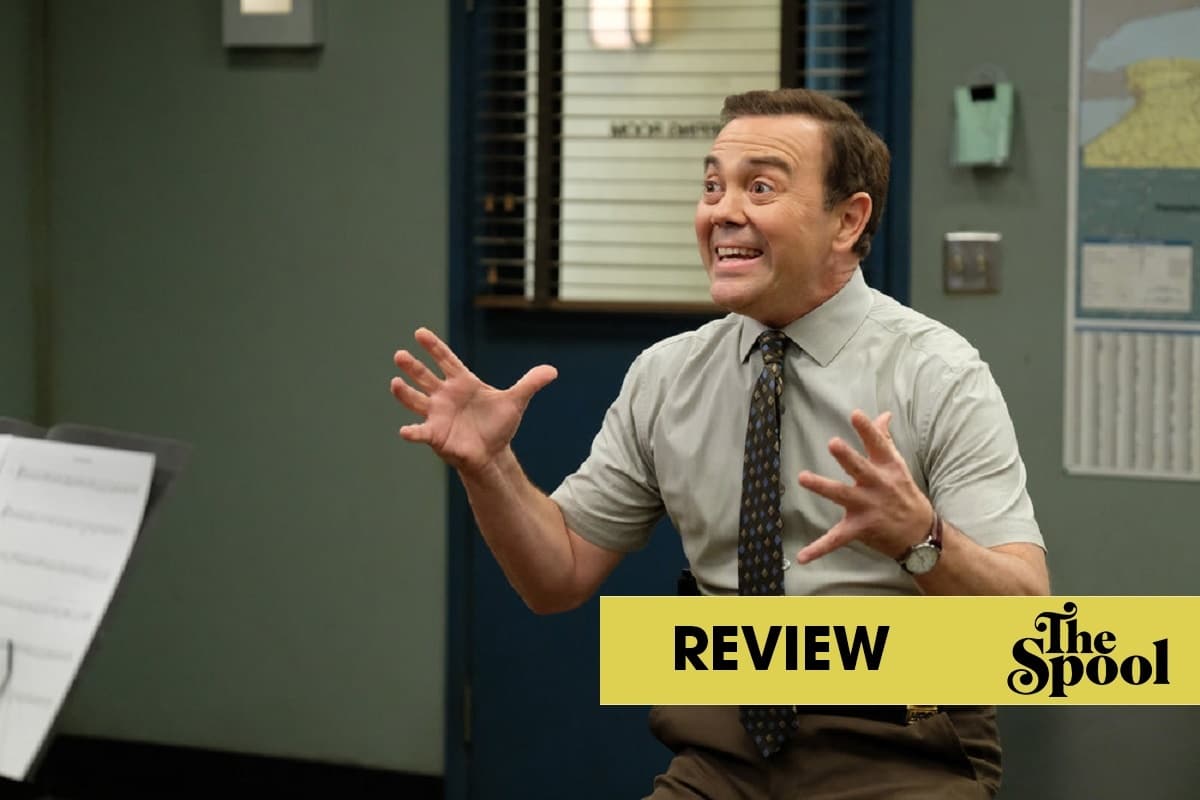 With Jake (Andy Samberg) anticipating the birth of his own kid, it’s only natural that he should want to bring the rest of the stray Peraltas back into the family fold. We can only hope future episodes will feature both Katey Sagal and Nasim Pedrad as Jake’s mother and wayward half-sister, but Neil Campbell and Linda Mendoza’s episode “Admiral Peralta” focuses primarily on the fraught dynamics between fathers and son.

The Peralta-Santiagos finally announce their news to the rest of the Nine-Nine, who are unsurprised due to Amy’s (Melissa Fumero) escalating ways of hiding her pregnancy, from carrying a large box around to chilling in a full-body hazmat suit. The A-plot hinges around their upcoming gender reveal party, while the B-plot has Holt (Andre Braugher) giving Terry (Terry Crews) flute lessons in an amusing homage to Whiplash and the C-plot gives Hitchcock (Dirk Blocker) and Scully (Joel McKinnon Miller) a chance to be good guys.

Jake and his father, Captain Roger Peralta (silver fox Bradley Whitford) have had their share of ups and downs on the road to building the relationship they have now. Part of that was Jake coming to terms with the fact that his dad will never be what Jake wants him to be. He can only be who he is: mostly absent, often forgetful, and generally deeply flawed. But for all that, he’s trying. He even remembered Jake’s birthday…month. Roger tells Jake to hope for a girl, as none of the Peralta men have ever gotten along. Jake sees his and Amy’s gender reveal party as a chance to bring the three generations of Peralta men together, and so he surprises Roger by inviting over his father Walter, the titular Admiral Peralta (Martin Mull), so the two can work things out before the party.

Part of that was Jake coming to terms with the fact that his dad will never be what Jake wants him to be.

The plan goes about as well as expected, with lots of hurt feelings over a boat (which was also Roger’s sister, although named Walter II) and eventual bonding over the many bone-related injuries they’ve seen together. “You guys are both monsters, but this is going great!” Jake says, perhaps a little too soon. It’s fun to see Jake being the adult in the room, and a telling insight that he’s learned not to make the same mistakes his father and grandfather (and so on) have made.

In all the bickering and bonding, the gender reveal cake gets destroyed, and after a disastrous attempt to clean up the mess blindfolded, Jake learns you can’t “Bird Box” a cake and that he’s having a boy! Luckily his butler Boyle (Joe Lo Truglio) is able to get everything cleaned up and a new reveal cake baked with the assistance of all three generations of Peralta men. However, they’re still Peraltas, so the gender reveal turns out to be not blue but Shrek green, leading Amy to wonder “What is inside of me?”

Jake doesn’t get the chance to smooth any ruffled feathers, because Roger once again cuts his thumb off, but luckily not the one he accidentally severed in the season five episode “Two Turkeys.” He wakes up in the hospital to tell Jake that he’s going to be a great dad; the fact that he tried so hard to reunite Roger and Walter proves that. Jake, freed from the idea of a father-son curse, is happy to tell Amy (via Scully) that they’re having a boy. Mazel tov! 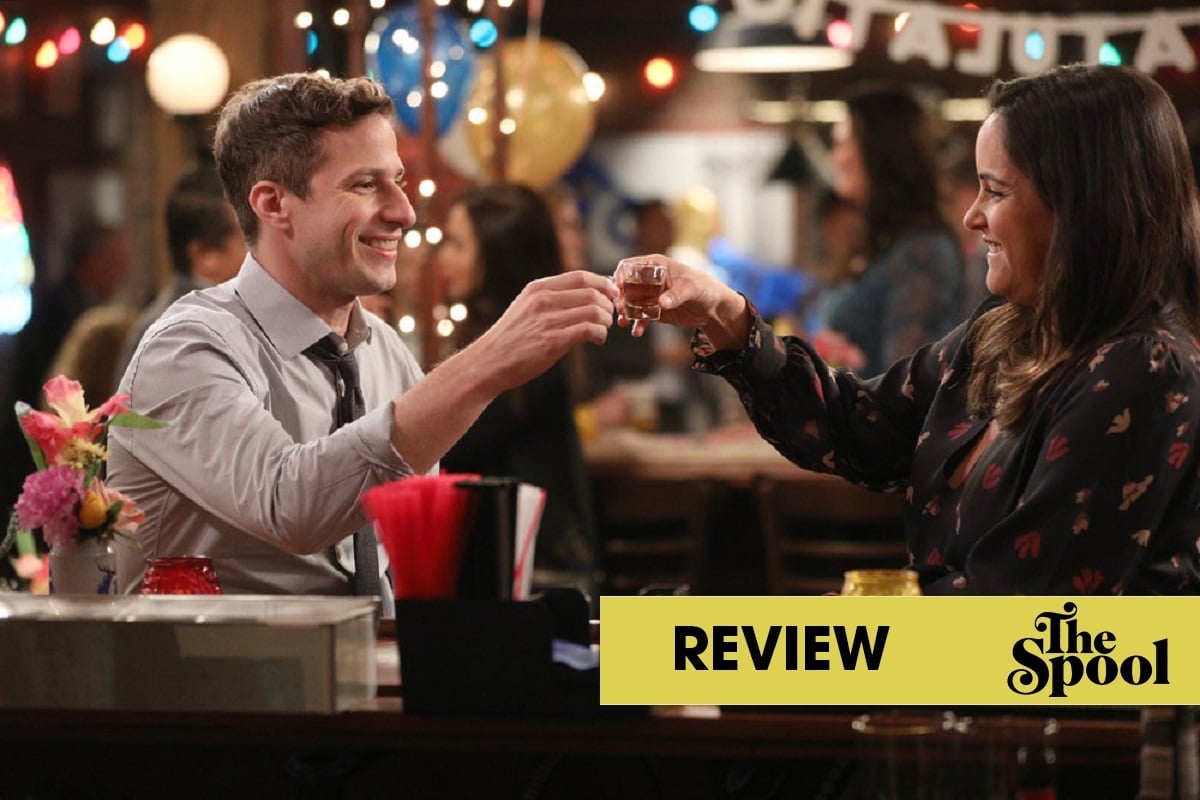 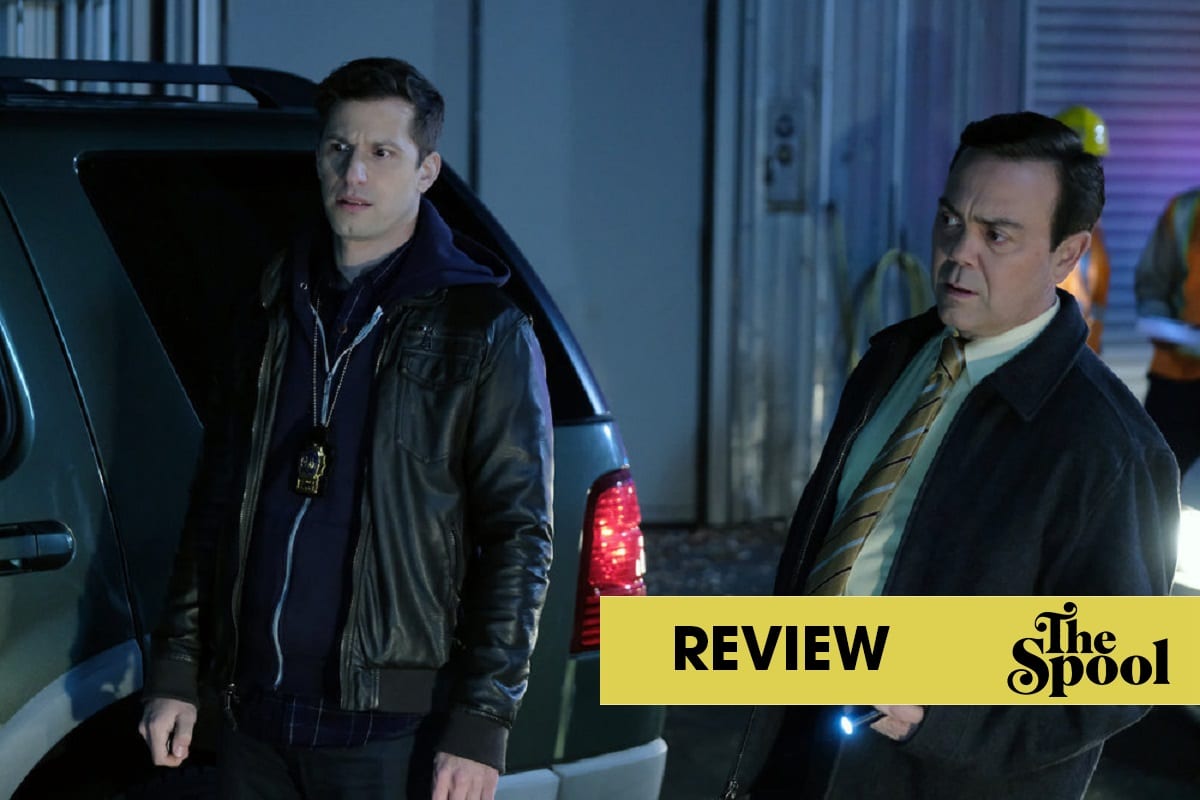