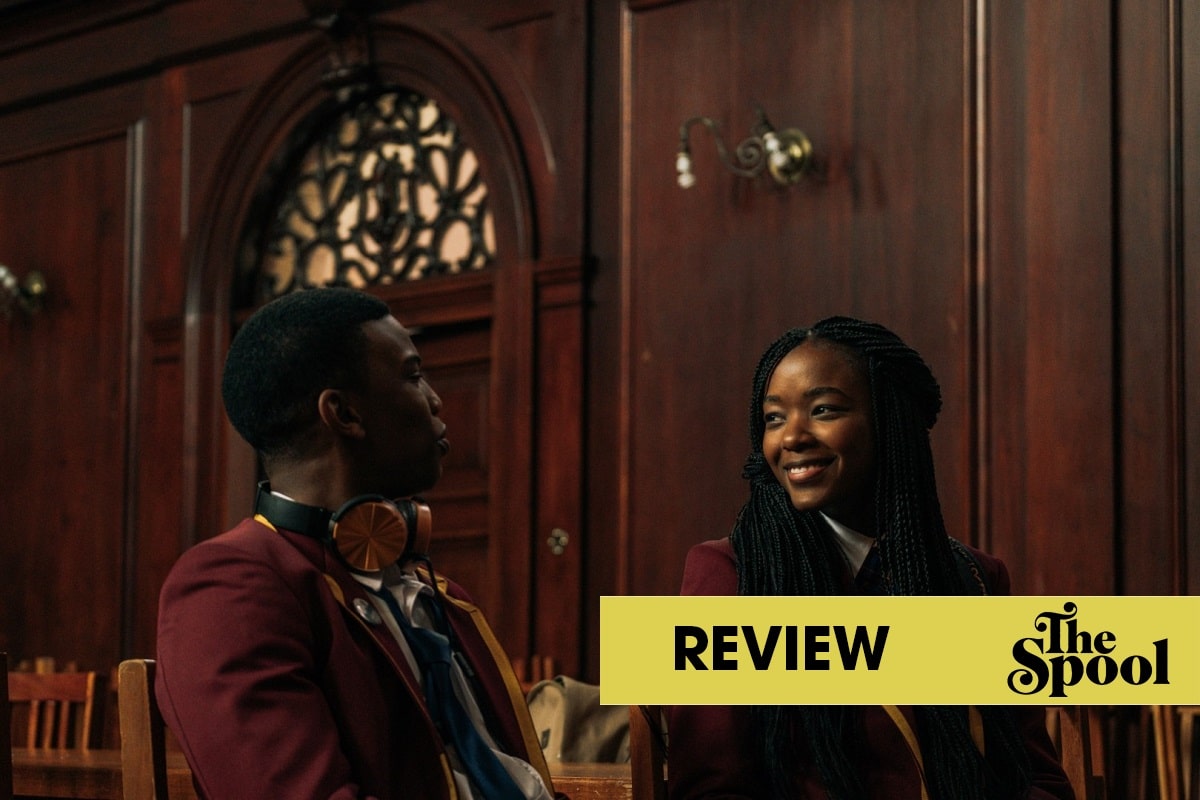 Netflix’s latest African original series is a teen mystery that can’t quite overcome its derivations.

We’re in the age of “souffle filmmaking” — when done right, media can be silly or shocking without having to take itself so seriously. Unfortunately, Blood & Water doesn’t rise to this level of nonsense mystery television. Netflix’s newest offering to their never-ending content trough comes from the richest parts of South Africa.

Blood & Water mixes Gossip Girl with the trappings of wealthy South African private school culture. The problem with this is while it’s clearly priding itself on its diverse, African cast, the show itself exists under the specter of the English colonization of South Africa. The lives of the teenage characters come off as a bad mystery version of Skins, except this time, there are bartenders and doormen for the underage parties.

The mystery at the center of the show focuses on the scandal around a 17-year-old cold case of Puleng’s (Ama Qamata) missing older sister. Puleng has never met her sister and has been bucking against her family’s continued worship of a person that has become an idea. So when she leaves her missing sister’s birthday to hang out with her friend Zama (Cindy Mahlangu, in the only role that feels like a real teenager). That’s why she’s shocked to meet Fikile (Khosi Ngema), a girl with the same birthday as her missing sister, on the week that her sister’s case has been reopened. The same week that her father has been named the prime suspect in her sister’s disappearance.

Amidst the chaos and media blitz, Puleng manages to get herself transferred to Fikile’s school, an elite private school, the kind that can inexplicably afford a huge Olympic sized swimming pool. Among her new classmates mainly made up of future Elons Musk, she connects with Wade (Dillon Windvogel), a photographer who thankfully dodges the love-stricken dunce archetype, and KB (Thabang Molaba), a handsome aspiring rapper. She also ends up getting into an ill-advised rivalry with Fikile and his self-proclaimed rival, Wendy (Natasha Thahane).

The extreme wealth of the characters, and a difficulty gauging their ages, makes the show hard to connect to. However, there are flashes of genius in the overlong pilot. Nosipho Dumisa’s direction shines through, using camera effects and lighting to momentarily leave this melodramatic teenage world. Dumisa creates a strange impressionistic world, using Qamata’s blank stares tinged with sadness to hint at the deep pain at the center of Puleng’s existence. These long silent shots are only present in the pilot, but the show needs so much more of this.

The problems are foundational; interesting direction and a strong lead can’t save a show that doesn’t know what it wants to be.

The problem with the show beyond the pilot is an inability to decide. The show wants to do jokes about pansexuality and tell a dramatic story about a kidnapping and fails at both. The sloppier parts of the script can be explained away by acknowledging that South African slang is different (people call each other friend a lot, which just doesn’t sit right).  But the problems are foundational; interesting direction and a strong lead can’t save a show that doesn’t know what it wants to be.

Blood & Water’s world is a fantasy of private school education without the worries of tuition. In a perfect execution, the multilingual dramatics of South African teens would be a breath of fresh air in the freeform dominated kidnapping mystery drama. Unfortunately, with Netflix releasing a new wave of stellar content fronted by young women of color, Blood & Water can’t keep afloat and sinks to the bottom of this list of offerings.