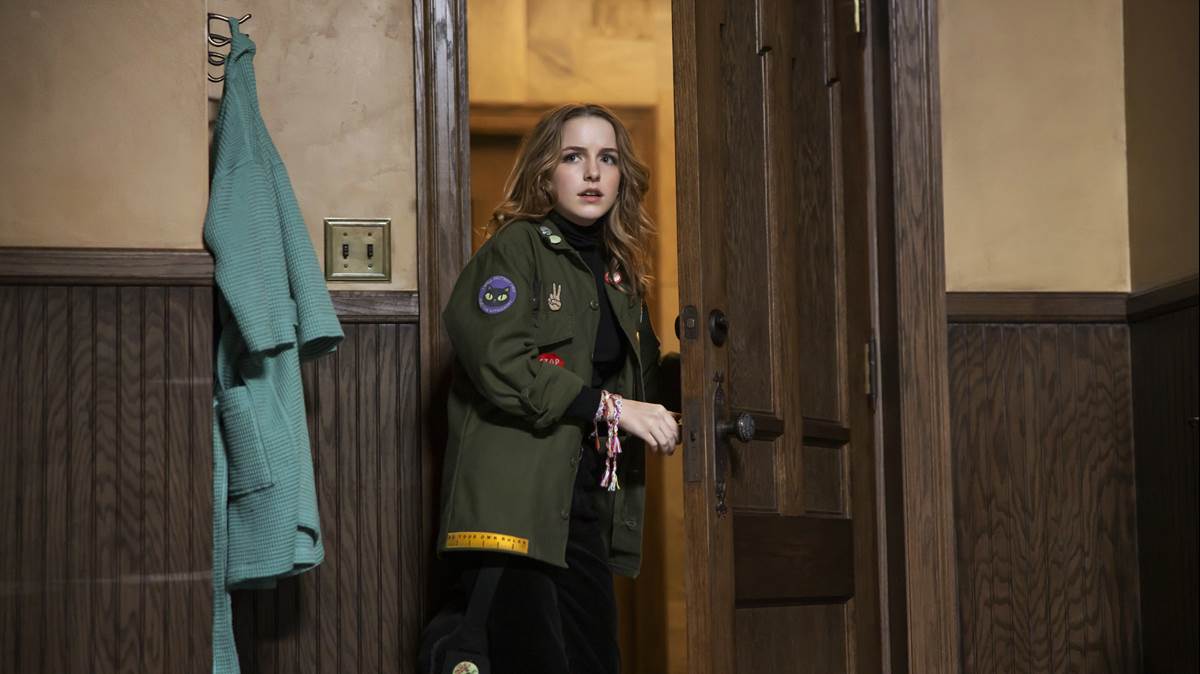 Though often too generic for its own good, Just Beyond is a solid TV show rooted in the world of R.L. Stine.

R.L. Stine is best known for those iconic Goosebumps books, but those aren’t the only stories he’s written over the years. That used to be easy to forget about, but the entertainment landscape of 2021 has reaffirmed this longstanding truth. Thanks to titles like Stranger Things popularizing youth-friendly horror in modern pop culture, a series of recent adaptations of Stine’s other works (which fit into that mold nicely) has reminded us all of just how many different projects Stine has written for over the years.

Following a trio of R-rated film adaptations of his Fear Street novels this past summer, Disney+ has now delivered a kid-friendly TV show based on Stine’s Boom! Comics series Just Beyond. Both these graphic novels and the new small-screen program serve as a Twilight Zone for kids, serving up a host of standalone spooky stories covering all kinds of fixtures of horror storytelling ranging from witches to aliens to ghosts. None of it breaks the mold or proves revolutionary, but it does provide a welcome reminder of why Stine and adaptations of his work have proven enduringly popular.

Throughout his career in kid-oriented literature, Stine has never embraced gore or dismembered body parts to generate scares. Instead, he’s tapped into universal fears specific to adolescents like social ostracization or feeling disconnected from your parents to serve as the lynchpin for his own campfire stories. Just Beyond clings to that approach nicely, as seen in its debut episode, “Leave Them Kids Alone,” which focuses on a teenage girl, Veronica (McKenna Grace), getting sent to a boarding school to correct her rebellious streak.

Told from the perspective of Veronica, Just Beyond smartly frames overly controlling adults who don’t like to hear kids question the system something as intimidating as any movie monster. Even before the eventual sci-fi twist to explain why every girl at this school is so perfectly perfect comes into play, “Leave Them Kids Alone” is already a nightmare about youngsters fighting back against adults enamored with conformity. This installment nicely establishes both what is and isn’t scary within the confines of the rest of the season as well the show’s welcome penchant for letting creepy scenes play out without forcing in a gag to undercut the atmosphere.

From there, it works fine as a pleasant Halloween diversion for younger viewers, even if it’s a show not conducive to binge-watching. Despite dropping all eight of the first season’s episodes at once, this horror program grows repetitive even watching just three episodes in a row. Almost immediately, the very similar story structure and dialogue rhythms of each installment become apparent. Anyone who chooses to indulge in this show all at once will find the sense of suspense, the ingredient that should drive even kid-friendly scares, dissipating rather quickly.

Also becoming apparent from watching multiple episodes in rapid succession is the lack of visual variety in individual Just Beyond episodes. A variety of directors (including Marc Webb, David Katzenberg, and Ryan Zaragoza) are behind individual installments of this season while the genres shift between sci-fi horror supernatural horror, among others. Unfortunately, neither the variation in filmmakers nor genres inspire the show to look very different from one episode to the next.

Making a TV show where each episode is its own self-contained story would seem like an opportunity to cut loose and inject the stories with distinct visual panaches. Instead, Just Beyond settles for uniformity in its cinematography, a wasted opportunity for both reinforcing the identity of individual episodes and coming up with new ways to scare young viewers.

On a more positive note, one thing I enjoyed seeing was how the scares are directly rooted in what kids today would find scary. My expectations going into this program were that the various monsters and frights would either evoke R.L. Stine’s classic works or vintage movie monsters for the sake of delivering some nostalgia. Instead, the proceedings largely stick to a horror visual language rooted in what Generation Z and younger finds eerie, particularly in the fourth episode, “My Monster,” which concerns a teenage girl being haunted by a Slender Man lookalike.

Some of the more offbeat references to broader pop culture also help give Just Beyond a unique flavor, particularly a first episode that finds a fun way to use Green Day’s “She’s a Rebel” as a critical plot detail. And then there’s the second episode, which finds time to not only feature Tim Heidecker as a hopelessly uncool suburban dad but also for a cameo from Too Many Cooks killer William Tokarsky. The individual installments of Just Beyond could’ve withstood an extra dose of distinct personality, but the charms that do lie within will please the target demo R.L. Stine’s works have always resonated with.

Just Beyond is now available on Disney Plus.