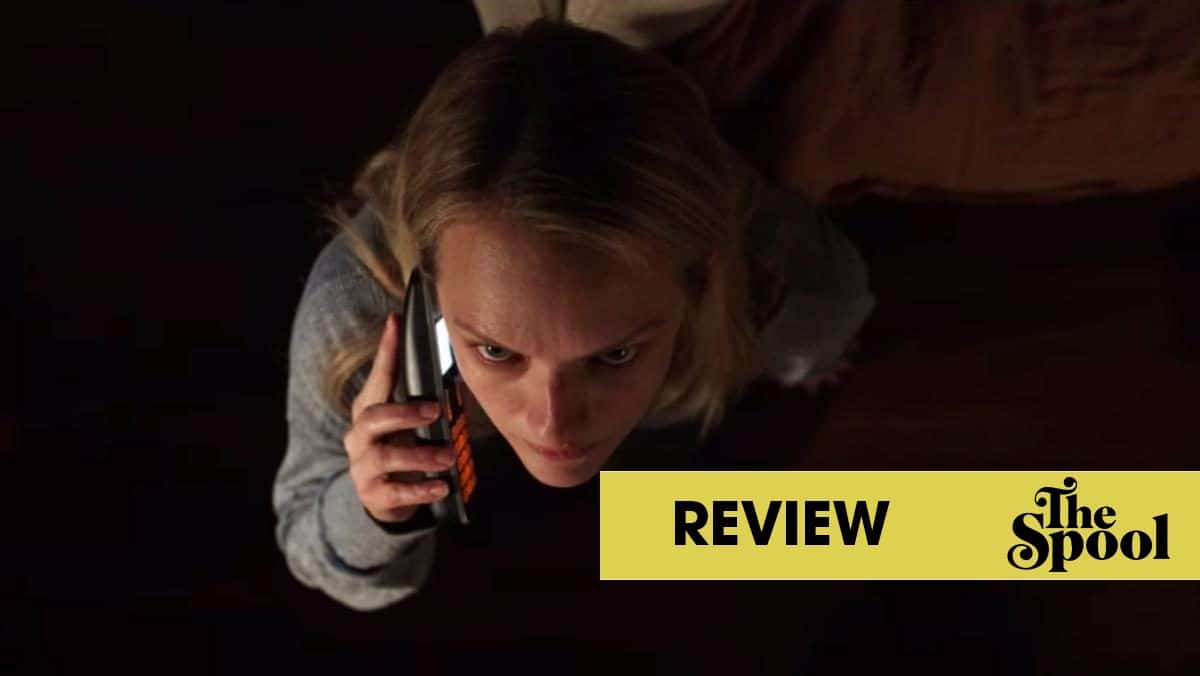 Leigh Whannell’s follow-up to Upgrade is a chilling, Hitchcockian thriller about the ways trauma follows us around.

Six months after I moved in with my girlfriend’s parents after college, I packed up my things and left one day while she was at work. Scratch that — escaped. Her parents even helped me load my car. They knew I wasn’t happy, and they hated seeing what was happening to me. I was trapped, emotionally (and in one or two cases, physically) abused; she literally would not let me leave if I tried to break things off in person. The prospect of escape was freeing, but also terrifying; Would she come to get me? And worse, would I still have the tools to exist as myself? There would always be something of her, the way she made me feel powerless and isolated, that would linger on for years afterward. Sometimes, I still feel her lingering stare behind me, even when I know she’s not there.

While Leigh Whannell‘s The Invisible Man channels the specifics of the way abusive men wield their power over women, the way it channels the dynamics of domestic abuse and intimate partner violence into a crackerjack sci-fi thriller shell resonated with me in ways I didn’t expect.

As the film opens, we see Cecilia Kass (Elisabeth Moss) hatching a long-gestating escape plan from her boyfriend of three years, wealthy “optics” scientist Adrian Griffin (Oliver Jackson-Cohen). Sneaking out of his mannered, Silicon Valley-ornate villa in the dead of night, she barely makes it out alive with the help of her sister Emily (Harriet Dyer) and childhood friend James (Aldis Hodge), the latter of whom lets her lay low at his house with young daughter Sydney (Storm Reid). Weeks later, they hear some shocking news: Adrian has committed suicide, and in one final power move, he bequeaths a $5 million inheritance to her, contingent on her avoiding criminal prosecution or mental distress. At long last, her nightmare can finally end.

Or so she thinks. Suddenly, she begins to hear and see things that go bump in the night. Objects vanish; a second plume of cold breath appears behind her shoulder. She feels a second, invisible presence in her room. Is Adrian alive? Did he fake his death and is shadowing her, invisibly? Or is her trauma finally getting the better of her?

If you know anything about Whannell’s work, the H.G. Wells story (and long history of cinematic adaptations) on which it’s based, or hell, anything in the trailers, you figure out pretty quickly that Cecilia’s fears are far from unfounded. And yet, despite this foreknowledge, Whannell still manages to deliver an impeccably crafted thriller that touches on the lingering effects of trauma, and the catharsis that comes from facing your demons head on.

It’s whip-smart horror, of a kind Whannell seems the perfect candidate to provide. Whannell, a longtime friend and collaborator of James Wan’s, followed in his footsteps with 2018’s engrossing Upgrade, another tale of technology gone awry. Both there and here, he’s fascinated by the psychological underpinnings of tech-horror — in this case, the specter of some mysterious gizmo that may or may not allow Adrian to move through the world without being seen.

Stefan Duscio‘s camera is precise, either lingering in still, wide compositions that force us to scrutinize every pixel of the frame for the next sign of a ghostly presence, or canting and tilting in dynamic ways to showcase the uncanny abilities of whatever is haunting Cecilia. Aided by a chittering, restrained sound design and Benjamin Wallfisch‘s droning cyberpunk score, The Invisible Man‘s futurist colors run like paint dripping off an invisibility suit.

Whannell still manages to deliver an impeccably crafted thriller that touches on the lingering effects of trauma, and the catharsis that comes from facing your demons head on.

And of course, there’s Moss, who (barring maybe last year’s The Kitchen) seems incapable of making a false move as a performer. As Cecilia, she captures the breath-catching mix of fight-or-flight instincts that befit a character constantly fighting her own trauma. She’s frustrated by her friends and family’s refusal to take her seriously, but makes room for glimmers of her own self-doubt.

The events of the film break her down and empower her in huge, believable swings, and Moss is able to modulate each of those modes expertly. Cecilia feels like a woman coming into her own power after a long period of helplessness, and Whannell makes it easy to root for her without making her feel invincible. From Mad Men to The Handmaid’s Tale and beyond, Moss has made a career for herself as the avatar for patriarchal pain, and the strength needed to overcome it; add The Invisible Man to that roster of roles.

Naturally, the idea of an “invisible man” dovetails nicely into this kind of story, and Whannell miraculously captures the ways both big and small that men like Adrian can get away with this kind of stuff in plain sight. More than the gender dynamics, Adrian’s abuse is also economic; he wields money over her like a cudgel, even in ‘death’, whether it’s through the precarious nature of her financial trust or sabotaging a potential job interview. (Even that interview features some microaggressions, like her male interviewer asking if “all the beautiful girls” go to Paris to study.) Everyone’s first instinct is to not believe her stories, or assume she’s crazy. Men like Adrian roam about the world, their crimes invisible to us; for those who can see them for what they are, that divide can be maddening.

Perhaps we should thank the swift death of the Dark Universe; not only did it keep us from suffering through more misguidedly mixed blockbusters like 2017’s The Mummy, it paved the way for Blumhouse to give one of our most exciting genre filmmakers a modest budget, an entrancing star, and total trust to turn one of Universal’s greatest monsters into one we can recognize all too well. Sometimes, they’re just laying on the other side of the bed.

(if you or someone you know is suffering from intimate partner violence, be sure to call the National Domestic Violence Hotline at 1-800-799-7233.)

The Invisible Man creeps up behind you and blows cold breath in your ear in theaters Friday, February 28th. 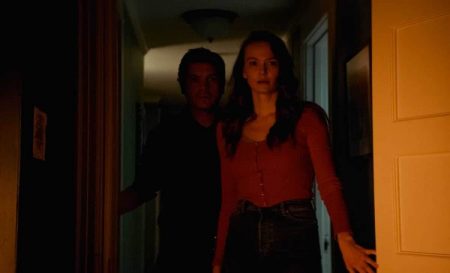 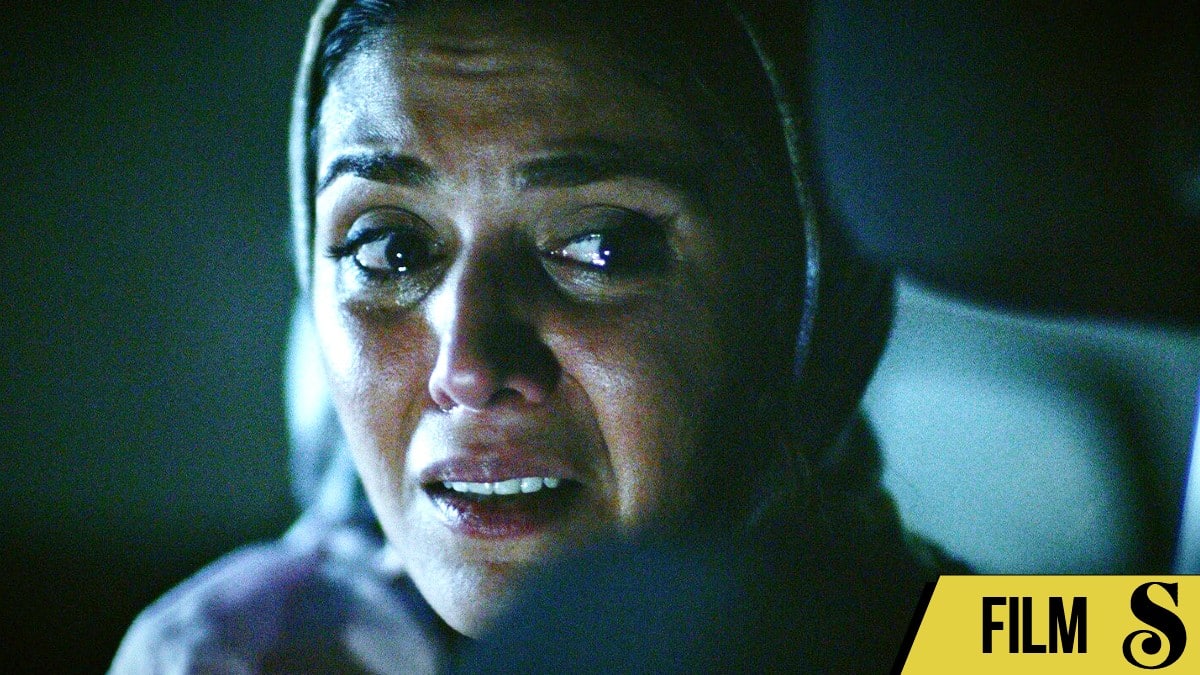 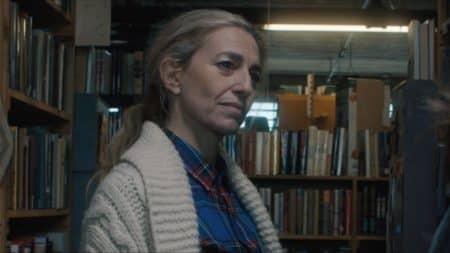 The Farscape and Nevers actress looks back on the complexities of living with trauma, and her viral Twitter thread.