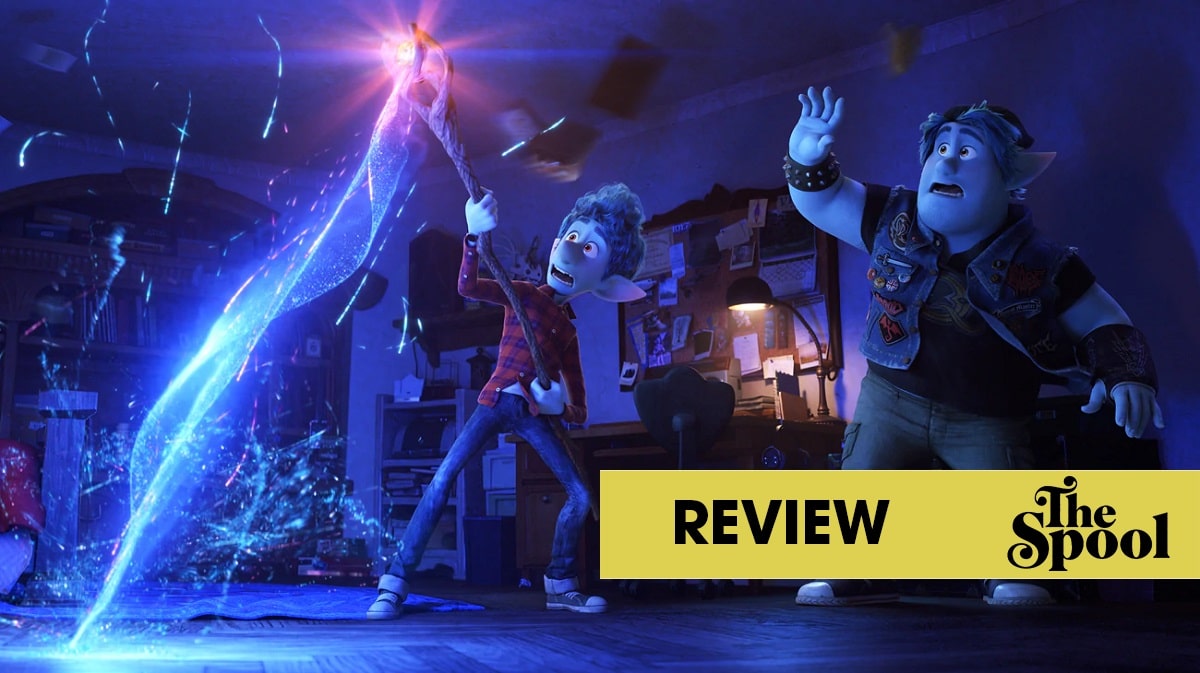 Early in Pixar‘s Onward, lanky, nerdy elf Ian Lightfoot (Tom Holland) retreats from a harrowing day of school into his bedroom, sitting at his desk where he’s effectively erected a shrine to his father. He never met his dad; the man died of illness before Ian was born. All that’s left of him are a collage of photographs, which gaze lovingly at the lens (and, by extension, Ian), but without context. The only recording of his dad’s voice is a rambly outtake from a tape recorder, a one-sided conversation Ian pretends to fill in with his own words. When we lose someone, especially someone we never got to have in the first place, we do what we can to emulate that experience as best we can. It may not be real, but it’s the best we get. And sometimes, it can blind us to the people who are actually around us.

That’s the scene that finally began to unlock Pixar’s Onward for me, a film whose kitschy ads and Dreamworks-level character designs made me fear the worst for the acclaimed studio’s output. Pixar’s long been known for their original tear-jerkers (it’s easy to forget that Inside Out and Coco are two of their best films, released only in the last five years), but their continued mining of their existing franchises for whatever narrative meat is left on the bone — and, let’s be real, toy sales — has diluted the brand somewhat. It’s pleasing to say, then, that Onward, while not Pixar’s best, will absolutely hit you in those finely-tuned heartstrings.

The premise is somewhere between Zootopia, Frozen and Dungeons & Dragons — imagine a Tolkien-esque fantasy world where the various races of the realm went all-in on industrialization and abandoned the wonder of magic for the reliability and convenience of electricity, automobiles, and urban development. (The timeline’s admittedly a little janky, and the film can’t quite settle on how long ago this cultural switch happened, but just go with it.) Enter the Lightfoots, a family of elves living their lives in the suburbs: the painfully anxious Ian, his RPG-loving screwup brother Barley (Chris Pratt), and their overworked mother Laurel (Julia Louis-Dreyfus). They’re getting by, but the absence of the boys’ father clearly weighs on them. Ian’s in desperate need of courage, and Barley loses himself in fantasy games (which just so happen to recount the world’s real history) to avoid the real responsibility of adulthood.

On Ian’s sixteenth birthday, Laurel gives him a gift from their late father: a wizard’s staff, complete with a magical “Phoenix Gem” and instructions to cast a visitation spell that will bring him back from the dead to see his family for 24 hours. But halfway through the spell, the gem breaks, leaving only the bottom half of ol’ Dad and a ticking clock to find another gem so they can meet him one more time. And so, in a world that’s abandoned d20s for 401(k)s, Ian and Barley jet off in Barley’s unicorn-painted van Guinevere, Dad’s legs in tow, on a grand adventure.

On premise alone, it’s tempting to dismiss Onward as “Coco, but whiter,” but it tackles the weight of familial grief from a far different angle. Sure, it’s about fathers and sons and the ache of lost potential, but writers Keith Bunin, Jason Headley, and Dan Scanlon (who also directs) expand its thematic scope to a tale of two estranged brothers rediscovering their own bond. Holland and Pratt have lovely chemistry and pull off far more dynamic voice performances than the stunt casting may imply; Pratt, in particular, imbues plenty of self-doubt and vulnerability into what could feel like a Jack Black knockoff character on paper.

The D&D-inspired backdrop for the story provides plenty of family-friendly whimsy — references to Gelatinous Cubes and doorstop-thick players’ handbooks about — and a shaky first act eventually gives way to some tightly structured payoffs by the unexpectedly thrilling climax. Ian’s transformation from terrified teen to confident magic-user is the stuff of any given hero’s journey, but that’s the point: it’s a classic RPG quest, just one with deeper emotional stakes than who has to pay for the pizza. When it goes full fantasy, there are some staggeringly inventive setpieces — literally so, in some cases, as the two Lightfoots must make use of their dad’s disembodied, Dockers-draped legs to solve puzzles, which stumble around drunkenly without the ability to see, speak or smell. It’s a killer visual gag, which also serves as a bittersweet reminder of just how close they are to their ultimate wish.

When we lose someone, especially someone we never got to have in the first place, we do what we can to emulate that experience as best we can.

But some elements suffer in the wake of Onward‘s laser focus on making you whip through your travel pack of pocket tissues. Louis-Dreyfus’ put-upon mom gets little to do in her spare B-plot about chasing after her boys with the help of a manticore (sorry, The Manticore) (Octavia Spencer); they’re both women stifled by the drudgery of the modern world who have to discover their own warrior natures, which is cool, but it’s a shame to see them so sidelined, as opposed to exploring how, I don’t know, she might feel about seeing her husband again?

There’s also the well-meaning boyfriend (Mel Rodriguez) who’s a centaur cop, the casually-inserted queer character so Disney can get woke points without actually centering a queer person (ahem), and a host of other gags that are nice enough but don’t do much to flesh out the formerly-magic world of the film. These are minor gripes, as the world still largely holds together, and the film whizzes by with such energy and heart it’s hard to fault them completely.

I’m pleased to report my father is very much alive and well; so far, I’ve not had to experience the crushing loss of losing a parent. But Onward‘s tale of brotherly connection, the idea of “sharing a life” with someone you’ve grown up with, hit me as an only child who’s never had that. While I’d never trade my childhood for anything else, Onward opened me up to a different kind of grief than the loss of a father: the absence of a brother I’ve never had. In short, Onward will totally make you want to call your dad and tell him you love him as you sniffle your way out of the theater. But if you’ve got a sibling, you might want to call them too. It’s more than an ode to the kids who miss their parents: it’s a tribute to those siblings who’ve had to help raise each other in their absence. 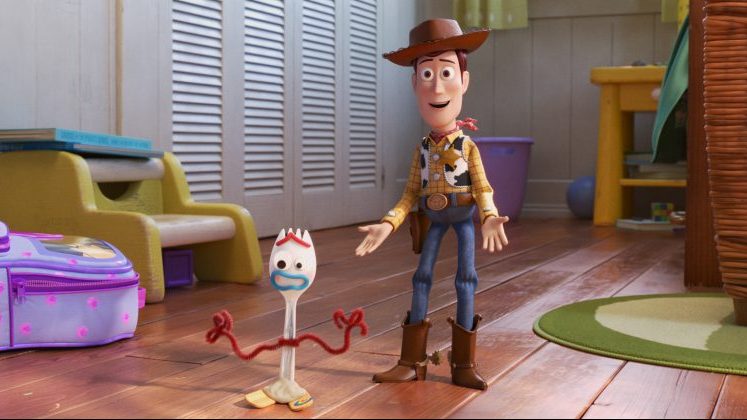 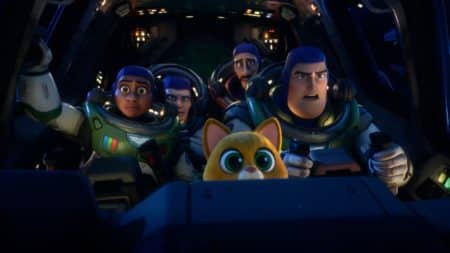 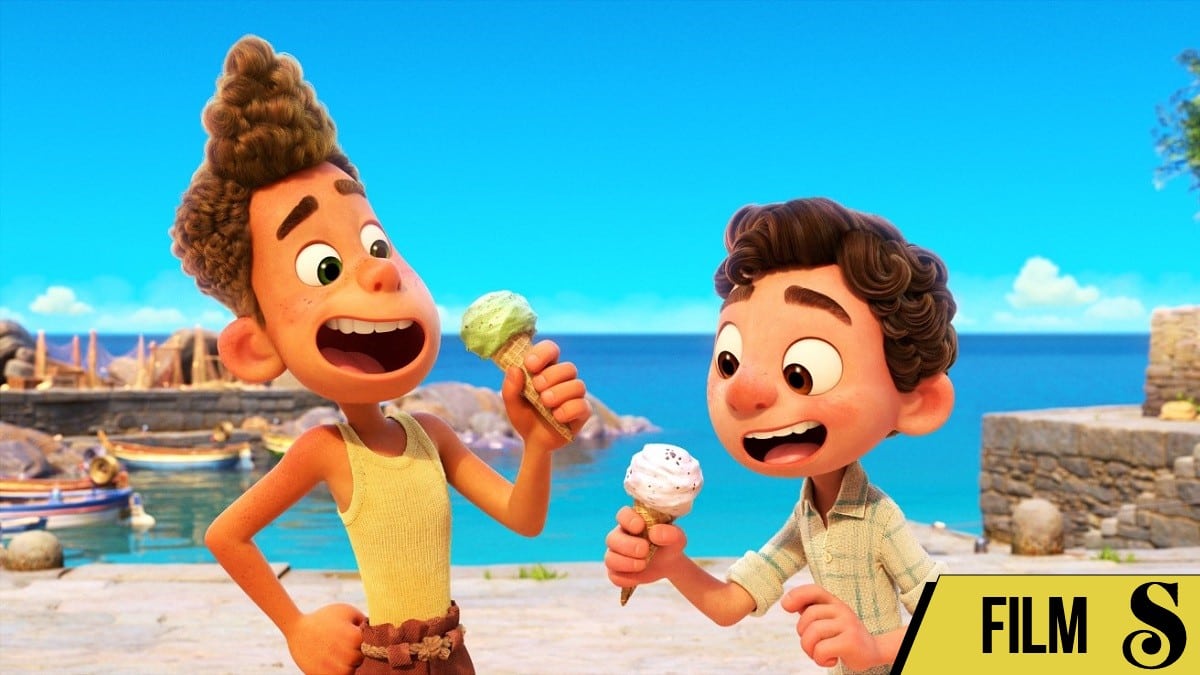 Pixar's latest is sunny and vibrant but flounders a bit when it comes to its clarity of purpose.