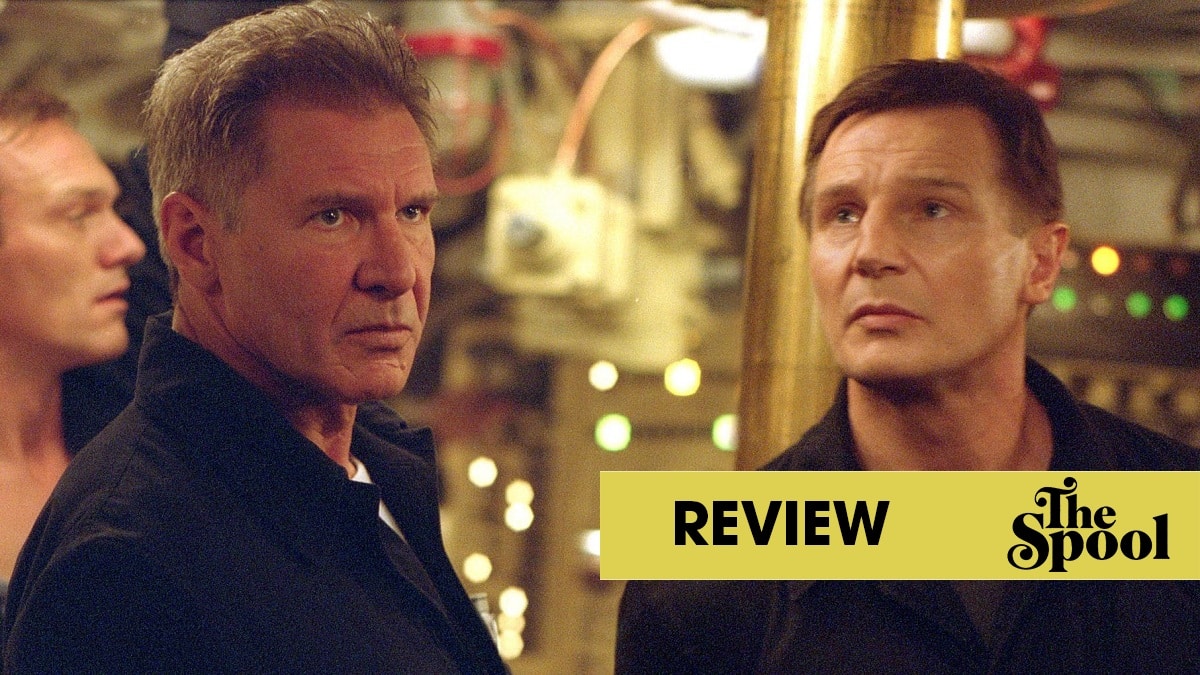 Submarine films are, at their heart, more than war movies — they’re disaster movies. The conflict they’re meant to operate in is often restricted to outside the cramped confines of the long metal tubes our characters are stuck in. Most of the time, the antagonist of any given submarine flick is the sub itself: one wrong move, one lucky hit with a torpedo, one engineering failure and your entire cast is crushed like an empty soda can. In K-19: The Widowmaker, Kathryn Bigelow‘s attempt to explore Soviet Russia through the same hypermasculine lens she’d explored American masculinity, the titular sub — and the bureaucracy that crippled it and its crew — is the monster our heroes need to conquer.

K-19 was first released in 2002 to mixed reviews: some didn’t understand why we were looking at Soviet Russia with fawning eyes now, just a few years after the Cold War and mere months since 9/11. A few rankled at the substantial liberties the story allegedly took from its historical inspiration — a barely-averted nuclear disaster aboard Russia’s first nuclear ballistic submarine. Others (perhaps rightly) chafed at the prospect of forcing Harrison Ford, Liam Neeson and a host of relative unknowns to force their mouths around clunky Russian ekzents. (Neeson gives it the old college try; Ford barely bothers, save for the occasional rolled ‘r’.)

But looking at it now, K-19 takes the shape of a type of well-manicured masculine tragedy that only Bigelow could create. Just as the film looks into Soviet wartime through the prism of American blockbuster cinema, so too does Bigelow peer into the patterns of military masculinity from a female perspective. And just as with Point Break, Near Dark and so many other of her works, comes away with insights we fellow men tend not to recognize in ourselves.

It’s 1961, the height of the Cold War, and the Soviet Union pushes their new nuclear sub K-19, into service before she’s ready. (There are a host of engineering and staffing problems, to say nothing of the grim omen of the champagne bottle not breaking during the ship’s christening.) The ship’s doctor is run over by a truck on the docks, only to be replaced by the base’s elderly, seasick doctor. Their new nuclear officer, Vadim (Peter Sarsgaard), is too green around the gills, cowardly at the exact wrong moments.

These problems extend all the way to the top: Captain Polenin (Neeson), although beloved by his men, is demoted by Captain Vostrikov (Ford), a more experienced (and politically connected) officer whose authority becomes a source of tension between the two for the loyalty of the crew. “We’re cursed,” one officer moans; the rest of Bigelow’s film doesn’t do much to disabuse him of this notion.

Their mission? To demonstrate Russia’s newfound nuclear power by demonstrating a test launch of one of their missiles in the open sea. They’re shadowed by an American destroyer, but that’s a good thing this time: they want to be seen. But it’s not long before one of the reactors starts to leak, putting the crew in danger of dying from radiation sickness. What’s more, if the sub blows up and takes the pursuing destroyer along with it, they might well start World War III.

The best submarine movies are masterpieces of technical filmmaking, and Bigelow is nothing if not an expert technician. Her camera squeezes itself into the nooks and crannies of the tight hallways and crowded rooms of the sub, dousing us in the same claustrophobia the men feel. Sweat coats men’s faces, rivets pop out of place, the hull creaks and groans. Klaus Badelt’s bombastic score undergirds the enormity of the stakes, contrasting the solemn nationalism of our heroes with the innate tragedy of their situation. Nary a shot is fired, but the physical and psychological anxieties of the situation provide enough of a powder keg to keep you on the edge of your seat.

But, much like Craig Mazin’s incredible miniseries Chernobyl last year, K-19: The Widowmaker makes clear that Soviet bureaucracy, and a party apparatus unwilling to admit fault for its unpreparedness, is the real culprit for this tragedy. Bigelow extends an incredible degree of sympathy towards these characters, despite their status as members of America’s foremost military foe a decade prior; they’re human beings with ambitions, personalities, lost loves back home. Even Polenin and Vostrikov, for all their macho posturing, are merely battling over the best way to take care of their men.

Even so, it’s not hard to lay blame for the accident, and the immense sacrifices made by many of the crew, on the Politburo and their desire to rush out a show of military strength before they were ready. Characters are told to “carry out [their] patriotic duty,” even when it kills them. They watch anti-American propaganda films, intellectually separating themselves from the “greed, lust, and individualism” of the Great Satan. But the Party doesn’t love them back: they send the wrong supplies, they foist unprepared soldiers into a situation they don’t understand. They don’t even have radiation suits to wear when taking shifts to go in and fix the reactor, just chemical suits: “We might as well wear raincoats!” bellows Polenin.

And yet, there’s something stirring about the solidarity of the crew as they bond, work, and sacrifice for one another, with Polenin and Vostrikov as the impassioned leaders trying to get them through alive. “A crew is a family. The captain is a father,” the former tells the latter, and Ford (wubble-yous aside) cuts a grippingly paternal silhouette for his crew of lost boys. We shake our fist at the political apparatus that doomed these men to disaster, radiation poisoning, and death. But watching them go to work, solving problems and looking after their band of brothers, never fails to stir the soul.

After K-19, Bigelow would take a break for a few years before returning with The Hurt Locker, the film that would win her the Oscar and shape her more journalistic modes of filmmaking going forward. But found within the churning, bending steel of K-19’s hull are the same concerns Bigelow has explored her entire filmography: the brotherhood of man, the bittersweet dignity of military service, and the failure of the outside world to recognize either.