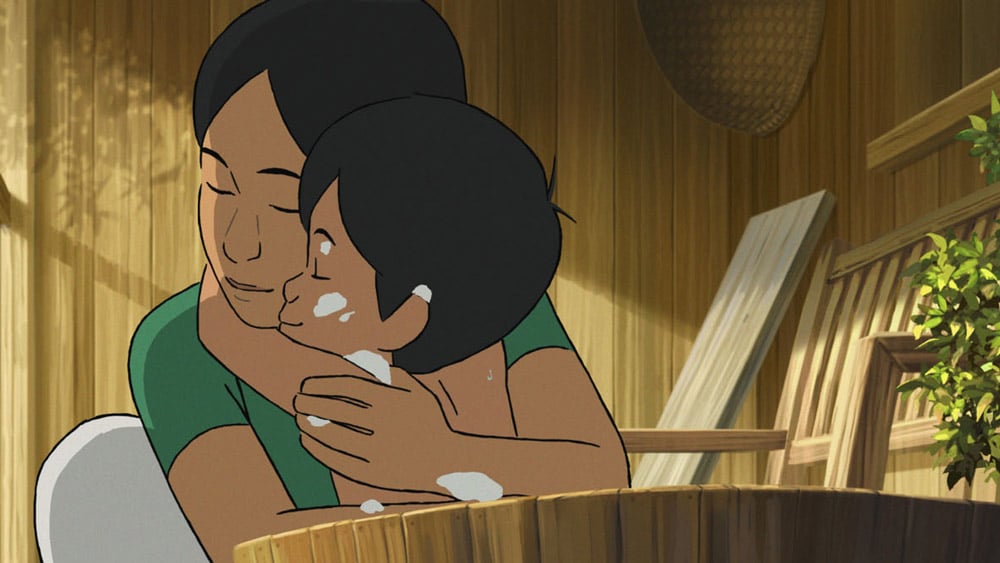 There’s no doubt that Funan, Dennis Do’s animated portrait of a family separated during the takeover of Cambodia’s capital in 1975 by the Khmer Rouge is a noble effort to tell a personal story, but the best intentions can’t mask the film’s shortcomings as a piece of storytelling.

That may seem the equivalent of awarding a participation trophy, but the complexities of Funan’s historical context are impossible to separate from the film’s intentions, even as this larger story has been told as recently as 2017’s First They Killed My Father. Pol Pot’s four-year reign in Cambodia led to the deaths of over two million citizens whether they died through starvation, overworking, disease or execution and beyond the difficulty of how to address the weight of these events, the film also needs to juggle a central narrative.

The latest offering from the venerable and increasingly global imprint, GKIDS, Funan hones in on the average Cambodian family made up of husband and wife, Chou (Bérénice Bejo) and Khuon (Louis Garrel), their son Sovanh, and the grandmother, Nay (Colette Kiefer). Aside from a brief view into Khuon and Chou’s affectionate interactions with each other, there’s very little time spent with the family in their own home before they’re herded out with all their worldly possessions in a mass exodus by the Khmer Rouge on a long journey to work camps.

Early on in their coordinated walk, Sovanh accidentally drops the fruit he’s carrying and runs back through the crowd. Nay catches up to him, but the crowd is endless — it’s enough to separate them from Chou and Khuon who are told to keep moving or face the consequences. That comes only seconds before they realize that the river they’re about to ford is laden with mines.

An evocative beginning, it nonetheless foreshadows a repetitive pattern that persists through the film. Understandably, one doesn’t expect a character’s time in an internment camp to be entertaining to watch, but splitting the time between Chou and Khuon and Nay and Sovanh just isn’t dramatically satisfying. There’s never enough of a rhythm to stick to each character and especially as the camp starts to deteriorate, there’s an odd lack of specificity to the characters even as they’re reinforced as narratively important.

That sense of nebulousness is all the more apparent when single lines of dialogue like “We’re all looking for someone,” feel more significant in communicating the collective headspace of the characters than their tense efforts to escape and reunite with Nay and Sovanh.

The form does little to break up the monotony. Drawn in clean lines and with softly rounded faces, the animation is pleasant but rarely feels particularly expressive. There are a few exceptions, particularly a nicely staged scene that pans from delivering a piglet to the shadow of a tortured worker. That coexistence of terror and beauty adds a welcome change of emotional texture.

The interstitials, meanwhile, are less successful, often breaking up the movement back and forth between two different sets of characters with images from nature like lillypads and floral backdrops. But they only highlight the hollowness and disjointed nature of the storytelling. That’s not to say that this would have worked better in live action, but rather that it doesn’t justify its own existence as a piece of the story they’re trying to tell.

One wouldn’t be blamed for general confusion about these characters though. There’s a persistent vagueness to these characters that’s puzzling. It may partly be that living in these conditions makes one a shell of their former self, but I’m less inclined to believe that when so many other films have found a pleasing push/pull in the numbness of imprisonment — from A Man Escaped to Starred Up. Plenty of incidents happen in the film (including a rending off-screen rape), but it feels all the more damning that these elements feel discombobulating rather than cumulatively emotional.

It feels like it’s missing the point to say this tactic works better to get inside the heads of Khmer Rouge, but aside from a character Chou and Khuon used to know who’s now a Communist, there’s no sense of politics other than the constant fear of violence. And the only drama is the inevitability of what they’ll have to lose on their journey home. 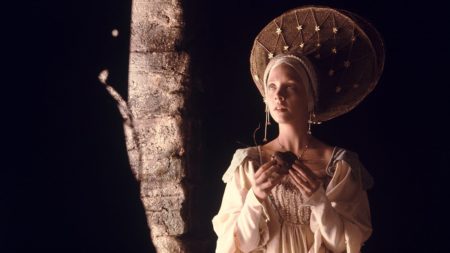 Review: “How to Train Your Dragon: The Hidden World” Sends the Series Off on a High Note

Closing out Dreamworks' trilogy of high-flying Viking adventures, The Hidden World offers a satisfying cap to the trials of Hiccup and Toothless. 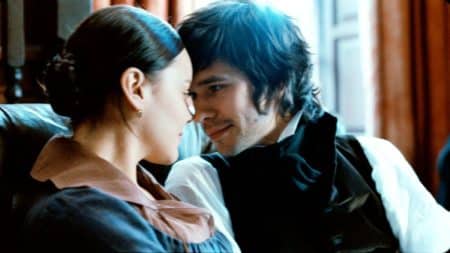