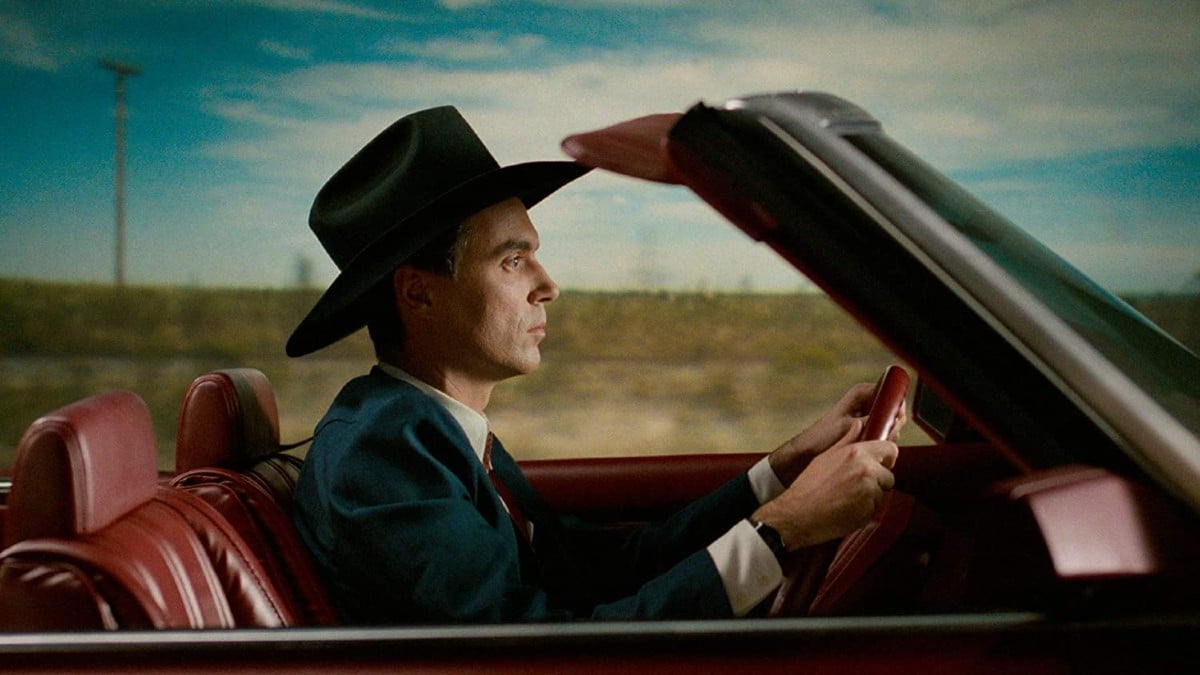 David Byrne’s winsome wisp of a film didn’t get the attention it deserved upon release, but its surreal charms persist 35 years later.

If you were a respected artist named David who wanted to make a movie that would show viewers the weirdness that lay barely hidden beyond the well-manicured lawns of small-town America, the fall of 1986 was clearly your time to thrive. Of course, the most notable example of this was David Lynch’s Blue Velvet, which detonated in theaters in September of that year and caused reverberations that are still being felt today.

Less than a month later, True Stories, an infinitely sunnier oddity that marked the beginning and (to date) the end of the feature directorial career of musician David Byrne, arrived. While it didn’t have nearly the same cinematic impact as Lynch’s film, it helped to exacerbate the tensions that would soon lead to the dissolution of Byrne’s band, Talking Heads, one of the great American bands of their time.

Presumably buoyed by the critical and commercial success of Stop Making Sense, Jonathan Demme’s classic screen document of Talking Heads’s 1983 concert tour, Byrne decided to expand his artistic horizons further into the film world and found his inspiration in, of all things, stories that ran in supermarket tabloids that he had clipped and saved while on tour. Not yarns of celebrity scandal and excess, mind you—he was more interested in extraordinary tales involving ordinary people who claimed to have been abducted by UFOs and other strange things.

According to Stephen Tobolowsky, he and girlfriend Beth Henley (then riding high as the author of the stage hit Crimes of the Heart) met with Byrne, who pitched them the idea of doing a movie based on the conceit that those tabloid tales were actually true, and asked them to write it. The two worked up a script, utilizing Texas’s then-upcoming sesquicentennial as a framework, and then didn’t hear from Byrne for nearly a year.

When they did, they learned that, while Byrne kept the sesquicentennial frame, he had rewritten virtually everything else. However, he still wanted to use their names on the credits; even so, it failed to prevent True Stories from being considered just another vanity project from a bored rock star dabbling in the movies.

What emerged was a sort of crackpot version of Nashville, in which Byrne takes us to the fictional small town of Virgil, Texas. He also serves as our tour guide for a couple of days while the locals prepare for their sesquicentennial, corporate-sponsored ceremonies, which they have dubbed the “Celebration of Specialness”, which includes everything from a fashion show (most notably featuring a suit made of grass) to a talent show.

Byrne also introduces us to some of the more colorful members of the local populace. One woman (Jo Harvey Allen) tells outrageous lies about everything from her alleged array of secret lovers to the fact that she was allegedly born with a tail. Civic booster Earl Culver (Spalding Gray) has a seemingly picture-perfect marriage to wife Kay (Annie McEnroe) even though the two have not spoken directly to each other for years. The local preacher (John Ingle) spouts bizarre conspiracy theories involving the TriLateral Commission from his pulpit.

As for the richest woman in town, Miss Rollings (Swoosie Kurtz), she has not left her bed for years and is tended to by her assistant, Mr. Tucker (the legendary Roebuck “Pops” Staples), who dabbles in voodoo on the side.

Other than Byrne’s unnamed narrator, the closest thing True Stories has to a central character is Louis Fyne (John Goodman), a good-hearted Varicorp technician who yearns to find his soulmate. Utilizing a video dating service, he goes out on a series of dates looking for romance but never quite manages to connect with anyone. Nevertheless, he persists in his pursuit and eventually finds himself employing the talents of Mr. Tucker to help him out. Louis’s other love is country music; he gets to demonstrate this, much to the surprise of his neighbors, during the climactic Celebration of Specialness, when he takes to the stage to do a countrified rendition of “People Like Us.”

Oh yeah, I forgot to mention that, among other things, True Stories is also a musical of sorts. This may not seem that surprising, considering Byrne’s day job, but what may have surprised viewers at the time is that only three of the songs heard during the movie—“Wild Wild Life,” “Love for Sale” and “City of Dreams”—are actually performed by Talking Heads. (The other members of the group—Chris Frantz, Tina Weymouth and Jerry Harrison—briefly turn up among the number of people who are seen lip-synching to “Wild Wild Life.”) The rest of the songs are performed by the various cast members, the most notable being Staples’s stirring rendition of “Papa Legba.”

Since True Stories offers us a guided tour of small-town life, albeit in a somewhat peculiar variation, as seen through the perspective of a hipper-than-thou artistic type in the context of a film that would almost certainly have never played theatrically in the town where it was set, it was perhaps inevitable that some critics of Byrne would charge him with having a certain degree of condescension towards his characters. There are moments when the film comes close to that (especially in some of Byrne’s wide-eyed faux-naive narration). But he avoids that trap by offering a sense of genuine affection. The people of Virgil may start off as one-joke creations, but as it goes on, they feel more like real people.

Besides, then as now, there’s a lot to love. The performances are strong all around—besides Goodman, I also liked the turns from Gray (who has a mesmerizing dinner table monologue), Kurtz and even Byrne, whose own presence suggests a Bizarro World version of the Narrator from Our Town.

Visually, it’s pretty extraordinary as well. Even in a career that includes such credits as Desperately Seeking Susan, The Virgin Suicides, The Limey, and Far from Heaven, this represents some of cinematographer Ed Lachman’s most impressive work to date. Of course, the music is pretty much aces throughout—besides the aforementioned “Papa Legba” number, my favorite is “City of Dreams,” which plays over the final moments and helps to conclude the proceedings in a manner that is both wistful and haunting.

When True Stories was released, it got a number of good reviews and would go on to become a cult favorite over the years. However, despite arriving with a significant amount of hype and the residual goodwill from Stop Making Sense, it failed to make ripples outside of Byrne’s existing fanbase. What’s more, all that hype only served to further stoke tensions between the Heads. After recording one more album, 1988’s Naked, they would break up.

Byrne would go on to an ambitious post-Heads career, but he would never again get the urge to direct another film. Even when it came time to bring his stunning American Utopia stage show to the screen, he brought in Spike Lee to take charge.

I still find True Stories to be an endearingly weird and charming film that still holds up pretty well today, but I wonder how it must play now for viewers who have never seen it before. After all, tabloid culture means something entirely different from what it did back in 1986; some might not take too readily to a film willing to embrace a bunch of small-town Texans and their various quirky obsessions these days.

That said, even those who were born long after the end of Talking Heads should still find enough to like about it. The songs are still awesome, a good number of the jokes and insights still land. After watching it, you’ll want to go out and get fitted for your own grass suit.