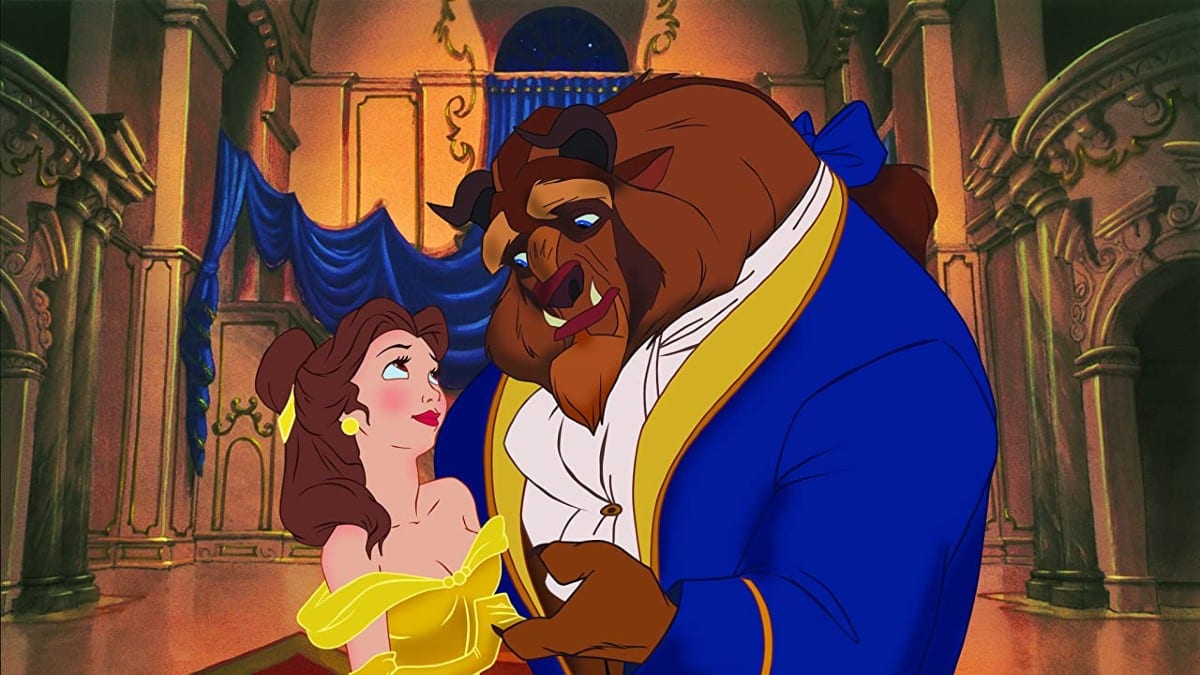 Disney’s 1991 adaptation of the French fairytale is an all-time classic of animation whose legacy extends beyond the picture itself.

Once Upon a Time…

To write about The Disney Corporation is to write a “Beauty and the Beast” tale. With its enchanting artistic contributions and often boarish politics, Disney is both characters at once. That becomes all the more alive when writing about its 1991 animated musical spectacle, Beauty and the Beast. Now celebrating its 30th anniversary, it’s time to take out the magic mirror and get a long view of the film’s afterlives.

Looking back, we can see that Disney and this tale are perfectly suited for each other. It reenacts their ideology, business persona, and history. Though the early 1990s seem like centuries ago, the legacy of Disney’s Beauty and the Beast remains fresh with some of the piping hot tea only just beginning to cool.

Something There: “Beauty and the Beast” and The Civilizing Narrative

Disney’s version retains much of the essentials from the original fairy tale, first published by Gabrielle-Suzanne Barbot de Villeneuve in 18th Century France. It concerns a beautiful and virtuous young woman named Belle (Page O’Hara) who sacrifices herself and becomes captive in a castle by a monstrous Beast (Robby Benson). Through patience, education, and table manners, Belle eventually transforms The Beast into a loving and tender-hearted human, breaking the spell that had long cast a pall over the castle.

But of course, Disney adds enchanting elements of its own, too, mon cherie. Belle is pursued by a “positively primeval” suitor named Gaston (Richard White). Though hot, Gaston is Beast’s foil who shows that leering patriarchy is the real monstrosity.

Disney’s most memorable magical objects, Lumiere (Jerry Orbach), Cogsworth (David Ogden Stiers), and Mrs. Potts (Angela Lansbury), light up the dark corridors with their endless charm and show-stopping numbers like “Be Our Guest” written by the powerhouse team of Howard Ashman and Alan Menken.

Having served The Beast since he was a human brat, these characters are the most reliable witnesses to his changing heart. This network of objects replaces the stagnate omniscient narrator of the original fairy tale with cheeky narrators within the world of the story. During “Something There,” we watch from their perspective as the classic story repeats.

Though the early 1990s seem like centuries ago, the legacy of Disney’s Beauty and the Beast remains fresh with some of the piping hot tea only just beginning to cool.

The central crux of any “Beauty and the Beast” story is the transformation from physical/psychological/cultural beastliness to refinement and civility. There’s a reason all the direct-to-video films take place within this period of “civilizing.” And this very much fits the modus operandi of the House of Mouse, which desires to be the mighty and educating purveyor of “good,” “clean,” “proper,” “family-friendly,” culture.

Fairy tales like “Beauty and the Beast” were written for an emerging merchant/middle class with growing literacy amongst women and children. These stories provided models and emotional instruction to young girls about women’s role in society. As the French empire began to take off in earnest, characters like Belle became extremely important because they reflected the moral values desired for “civilizing the empire.”

That Belle “tames” The Beast through etiquette, literacy, and dance is no accident. And that she uses Shakespeare to do it is no joke. These were the primary tools young women were instructed to use at home and abroad to exemplify the order and elegance of the empire to the “beastly” “savages” in the colonies.

There were talks of bringing Beauty and the Beast to Broadway even before the explosive success of the film. With a creative team and cast of top-tier Broadway performers and classic musical structure, it seemed like a logical risk for CEO Michael Eisner to undertake. The only problem was Broadway itself.

By the late 1980s, the famous stretch of 42nd street known as Broadway and Times Square was considered too “sleazy” for the conservative corporation. Though the area had always been a welcome area for sex work, it had been neglected during austerity measures of the 1970s and 1980s, more so once the AIDS crisis began. The result was several shuttered theaters, a growing crime rate, and glaring hypocrisy between the people living/working in the area (including many performers) and the fur-coated patrons lined up to see the latest bit of Culture.

As detailed in director Oren Jacoby’s last documentary, On Broadway (2021), as well as James B. Stewart’s brilliant oral history DisneyWar (Simon and Schuster, 2009), Eisner bought the New Amsterdam Theater for a decidedly low cost of $8 million and later ruthlessly negotiated the eviction of the remaining sex shops and guaranteed tax breaks for the Disney corporation from the Guliani administration, which they happily gave. Disney’s small investment and moral stipulations for a cleanup quickly drew other corporate entities, speeding the area towards the overpriced tourist trap we know today.

Michael Eisner walking through the dilapidated theater with a hardhat boldly mirrors Belle walking through the castle’s abandoned wing, each trying to find the magic that lurks within. During the entire negotiation and restoration projects, Disney presented itself much like Belle civilizing the “wild” beast of Broadway. Disney argued for a sanitized Times Square, pushed family-friendly content as the new draw for producers, and it did so while producing a musical that repeats those same ideals.

The restoration of the cut Ashman/Menken number “Human Again” for the Broadway musical is perfectly apt because it mirrors Disney’s view of Broadway. Disney sees itself as breaking the spell of gloomy and bringing the area and the careers of its artists back to life. It’s as if the chorus is saying, once Disney brings respectability back to Broadway, the performers won’t be seen as disposable objects, but humans once more. They sing, “Like a real human does/ I’ll be all that I was/On that glorious morn/When we’re fin’lly reborn/And we’re all of us human again.”

Disney’s Beauty and the Beast: The Musical opened in 1994 to tepid reviews, but tremendous sales. Disney could pat itself on the back for breaking the spell.

But once broken, the enchantment is gone. Though Disney had a few years left in its “renaissance,” Beauty and the Beast ended business and labor models that had been in place since before Walt died. Inside the House of Mouse, a “Beauty and the Beast” dialectic began to churn. The artistic brilliance and financial success of the film meant executives and shareholders began solely chasing profits.

As documented in Don Hahn’s film Waking Sleeping Beauty (2009) and again in Stewart’s DisneyWar, after Beauty and the Beast, production of other Disney films and series went into overdrive. What had once been a (somewhat) long process of filmmaking with a strong emphasis on quality and innovation became a crammed work schedule concerned far more with quantity and mass production. (Meanwhile, animators and executives alike were getting raises and bonuses.)

But it’s not like Beauty and the Beast made life beautiful for executives and beastly for everyone else. The profits and change of business direction caused a gigantic rift between Eisner and then Disney chairman Jeffery Katzenberg which eventually lead to Katzenberg’s resignation in 1994 and lengthy litigation over unpaid dues that would result in Disney paying the eventual creator of Dreamworks Animation an estimated $250 million.

Such a tragic overturn was even the case on Broadway. Though Disney brought back revenues, their hyper-corporate presence also meant the cost of production and admission went through the roof. Now a Broadway production costs a ferocious amount and you need an enchanted wallet to get in.

Beauty and the Beast is a quintessential Disney film. It contains elegant innovations of form and folklore. It also perfectly depicts Disney’s ideology as a “civilizing” brand, an ideology that spilled out onto the streets once they were bringing the film to Broadway. Yet, the business decisions behind the film eventually turned this apex into a new kind of animal with a ravenous hunger for production and profits. 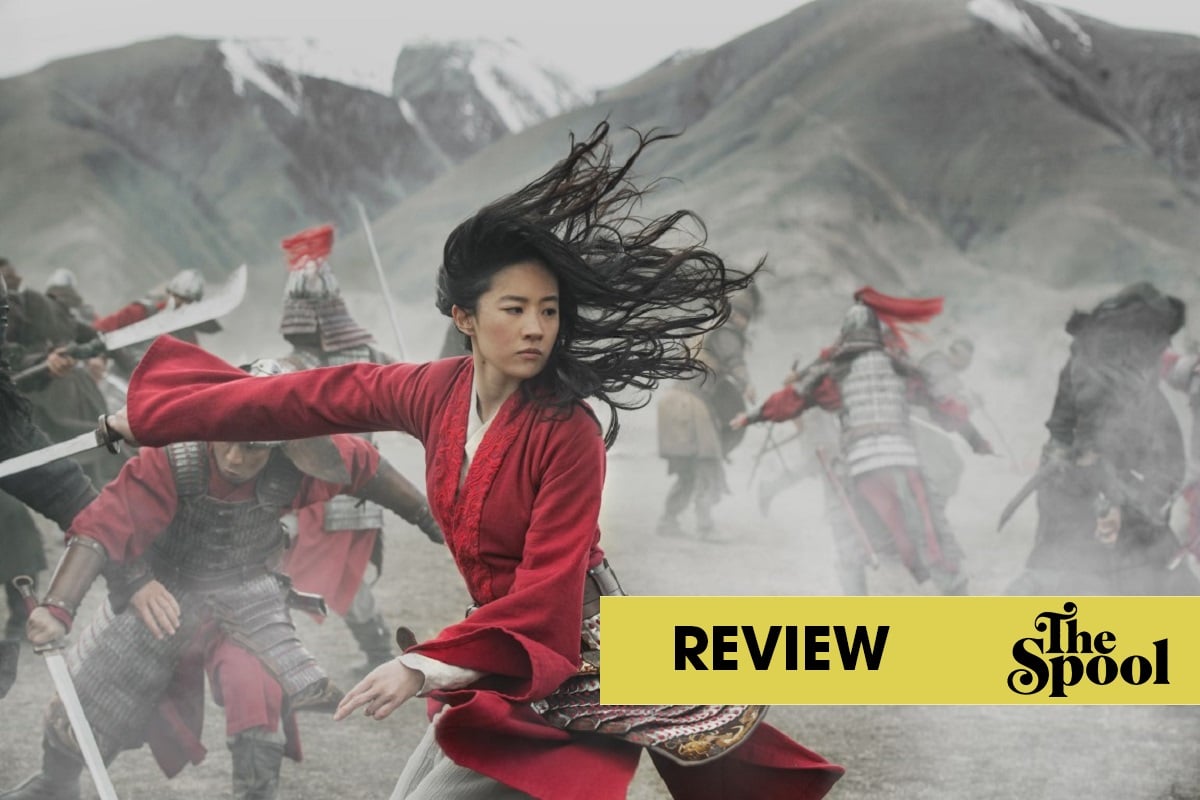 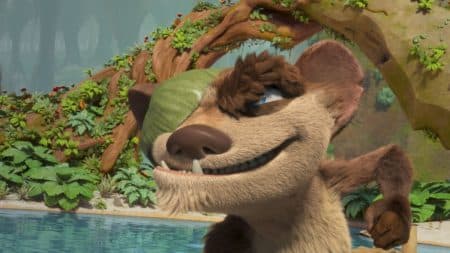