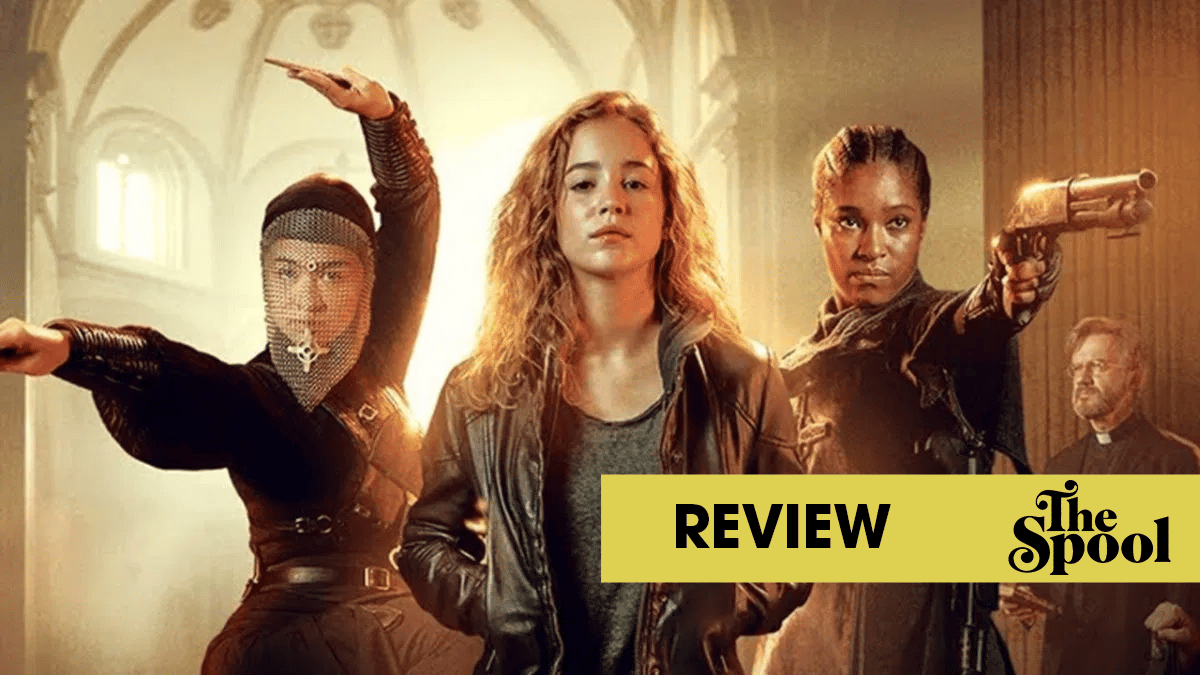 Netflix’s manga-based action show is light on sense but heavy on stylish fun.

Based on the ‘90s manga Warrior Nun Areala by Ben Dunn, the show follows Ava (Alba Baptista), a teenage orphan with a mysterious past, who begins the series dead in a Spanish morgue. Meanwhile, a special Order of gun-toting, martial arts fighting nuns (warriors if you will) secretly trained by the Vatican to fight demons who are trying to bring Hell on Earth find themselves nearby, recovering from a deadly ambush.

During the attack, their leader, Sister Shannon (Melina Matthews), dies after being overcome by a dangerous substance known as Divinium, which is made from fragments of holy relics. It also creates portals to other dimensions, but we don’t need to get bogged down in that here.

Sister Shannon also possesses a very important artifact hidden in her skin, an actual halo taken from an angel, known simply as The Halo. If The Halo gets into demon hands, then it may result in the complete collapse of Heaven and the destruction of Earth. The nuns definitely don’t want that, so when Shannon passes on, one of the sisters takes The Halo out of her body and places it in the nearest human vessel, the previously mentioned Ava. The Halo not only raises Ava from the dead, but also gives her supernatural abilities such as super strength and walking through walls (it’s revealed she was previously quadriplegic by the way).

The show is created by Simon Barry, who specializes in making shows with cult followings that you’ve never heard of but somehow have been on for five seasons, like SyFy’s Continuum and Van Helsing. Warrior Nun has all the makings of another cult show. It’s unabashedly violent and on the nose with obvious but fun Biblical allegory. It’s the TV equivalent of reading a trashy Dan Brown page turner, but if The DaVinci Code was re-written by Quentin Tarantino and Robert Rodriguez.

Ava starts the series off similar to Uma Thurman’s The Bride character in the Kill Bill films. A mysterious past, finding herself in possession of a specific set of skills she didn’t know she had, seeking revenge on those who wronged her. Director Jet Wilkinson even throws in a fun visual nod to Tarantino’s love of shooting close ups of feet when Ava wakes up from her death coma.

In her performance though, Baptista plays Ava closer to Sarah Michelle Gellar’s Buffy. She’s a teenager that may have the ability to punch demons back to Hell, but she still wants to enjoy being a teenager. She likes to hang out, dance and take ecstasy with a group of young, hip wanderers she befriends, led by a charming love interest named (get ready for the biblical allegory) J.C. (Emilio Sakraya).

Her character also demonstrates the show’s fun nitpicking of the hypocrisies of the Catholic Church. Ava is a strong, independent superhero who also helps out an institution that still doesn’t allow women in leadership positions. There are several moments that are a delight for lapsed Catholics like me, including when Ava tries to make sense of waking up from death by saying “Catholics are a little twitchy about who gets to be resurrected.”

Where Baptista’s performance (and really the show) hits a brick wall is through the use of a misguided voice over. It commits the cardinal voice over sin of saying what we are clearly seeing. Baptista is able to convey Ava’s struggle with the existential dread of coming back to life and gaining holy powers without us needing her to say in a cheesy voice over, “Something has definitely changed. What are you up to God?”

The other misstep the show makes, and it may just be due to Netflix’s budget department, is its complete lack of visual cohesion. A similar show about the battle between Heaven and Hell, AMC’s Preacher, is shot in the austere, sun-drenched mold of postmodern Westerns like Unforgiven or No Country for Old Men, which gives it a visual language to back up its insane premise.

Warrior Nun has no visual point of view except for lighting a bunch of candles in dark rooms and hoping that does the trick. The action scenes are frustratingly dark and lack any kind of inventiveness for a show about nuns that are warriors. It’s general drabness takes the fun out of a show where just a little more cinematic effort could get it over the top. Maybe Simon Barry can convince Netflix to take some of Space Force’s massive budget and send it to a show that may actually benefit from higher production values. Until then, it’s still worth skipping church to watch. 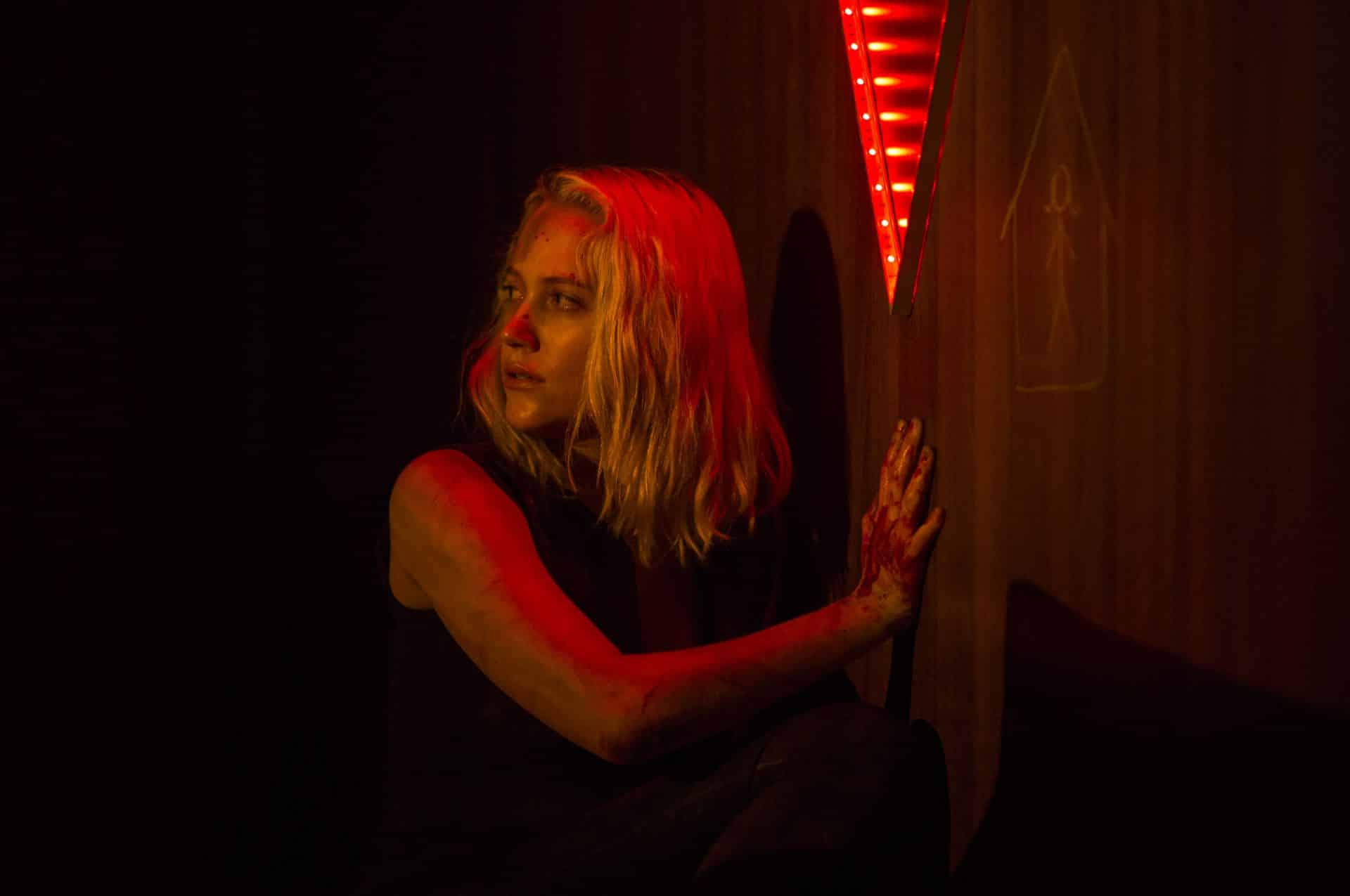