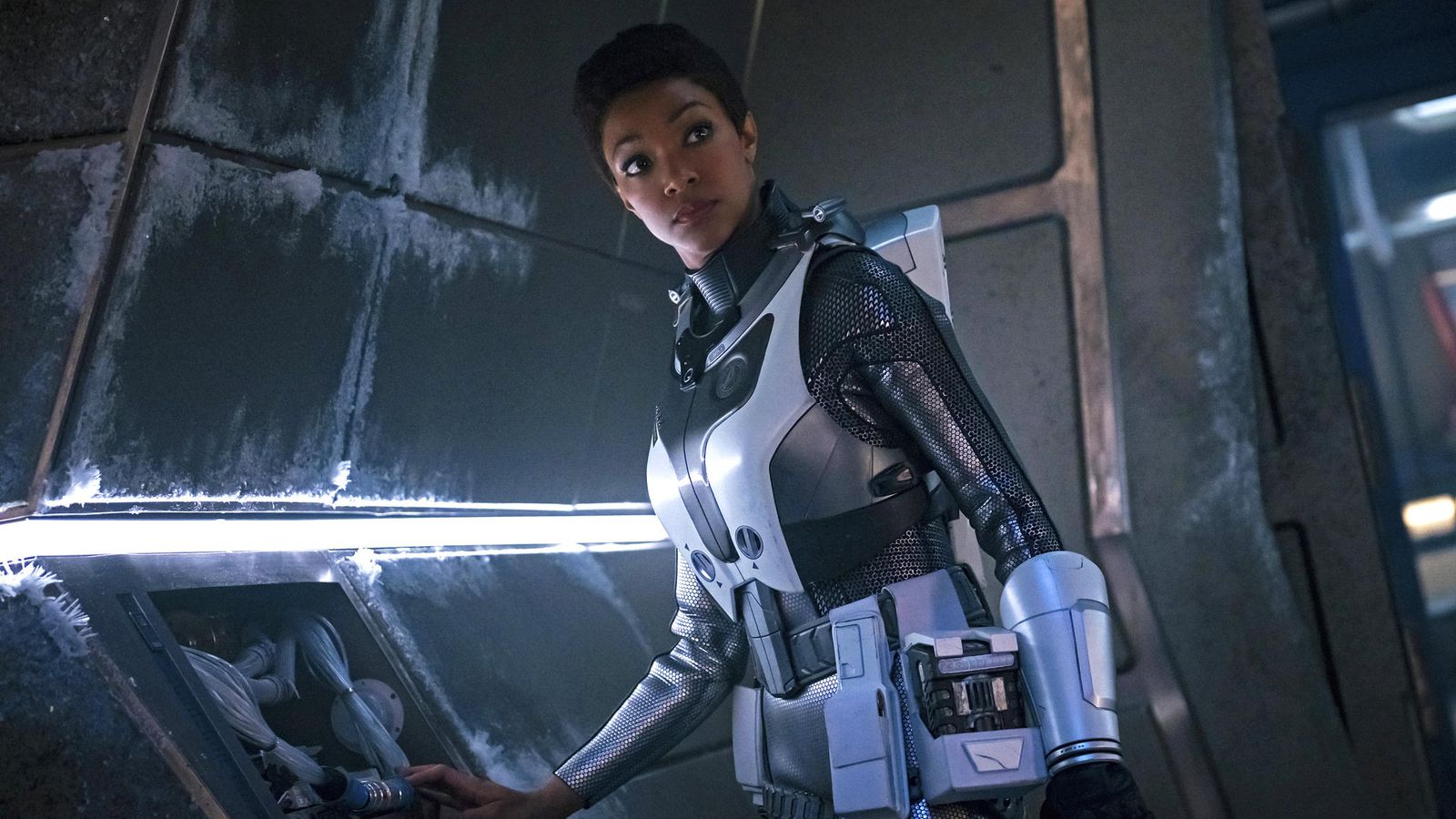 The Trek spinoff’s second season course-corrects into a breezier, safer show with an exciting but shallow season opener.

(This recap was originally posted on Alcohollywood.)

It’s an odd time to be a Star Trek fan right now – the JJ Abrams-led film series is effectively shelved after contract negotiations fell through, CBS is bolstering its existing Trek properties with shows about an older Captain Picard and Michelle Yeoh‘s Phillipa Georgiou in Section 31, and most hardcore Trek fans are getting their fix from The Orville, effectively Seth MacFarlane doing well-meaning TNG cosplay. So where does that leave Star Trek: Discovery, the flagship show of CBS’ streaming service CBS All Access? If season 2 opener “Brother” is any indicator, Discovery is working as hard as it can to shake off the stigma of its gritty, unfocused first season and bring fans back in, but perhaps at the cost of some of its personality.

The episode picks up right where we left our heroes at the end of the first season – Discovery, on its way to Vulcan to pick up its new captain (when Saru would be a perfectly fine choice, to be honest) when it receives a distress call from the USS Enterprise itself. Turns out the Enterprise was hit with some sort of mysterious signal that knocked out its systems, putting it in dry dock for months. Much to science officer Michael Burnham’s (Sonequa Martin-Green) surprise, her half-Vulcan foster brother Spock doesn’t beam over – instead, it’s Captain Christopher Pike (Anson Mount, doing his best Bruce Greenwood impression) and a couple of redshirts, who take temporary command of Discovery in order to complete their mission. You see, all at once these seven mysterious red points in the sky appeared, and they can actually lock on to the location of one of them; they’ve gotta go investigate. This is Starfleet, after all.

What follows is a rollicking premiere that cements a huge left turn in the series’ tone, “Brother” working hard to ensure audiences that there won’t be the kinds of clunky, murky moral gray areas we had to suffer through in season 1 – Burnham’s more chipper, the adventures are bigger and breezier, and the new captain Pike is genial and supportive to a fault. “Wherever our mission takes us, we’ll try to have a little fun along the way too,” says Pike to Burnham as he takes official command of Discovery (a “joint custody” situation with Saru (Doug Jones), he claims); that line in particular feels aimed directly at worried Trek fans, an assurance that they’re done being Dour Trek. There are even a few gags that wouldn’t be out of place in The Orville – Ensign Sylvia Tilly (Mary Wiseman) yammers adorkably at everyone and everything under the sun even more than usual, and a turbolift gag (in which a bug-eyed alien officer sneezes on someone) feels ripped right out of Seth’s show. It’d be far more endearing if it weren’t so transparent; still, points for trying.

The meat of the episode feels straight out of an episode of Thunderbirds, with more than a little JJ-Trek energy thrown in – a last-ditch race against the clock to rescue people trapped on a crashed Starfleet medical ship in the middle of a comet racing toward a pulsar. In true Trek fashion, the transporters and shuttles don’t work in this specific scenario, leaving Burnham, Pike, and his two Enterprise redshirts to race through the asteroid debris in “landing pods,” speedy little bubble ships with swirling wings like the fighters at the beginning of the 1996Lost in Space movie. While it’s a fun enough sequence by itself, these pods were clearly inserted into the ship’s complement purely to have this sequence. It feels reverse-engineered into the plot after coming up with the idea of a dangerous chase through an asteroid field in the first place. Granted, it’s the season opener, and you’ve got to have a big, effects-heavy setpiece for your adventure show. But like many things about Discovery, it feels like they’re trying too hard.

The biggest bright spot of the episode comes when they finally land on the crashed USS Hiawatha, only to find an intrepid Starfleet engineer, Jet Reno (guest star Tig Notaro), who’s cannibalized parts of the ship to keep a dozen or so of her fellow crewmembers alive. Notaro’s so much fun to watch in this episode, the signature drollness she’s cultivated over years of innovative stand-up and her own Amazon show One Mississippi bouncing wonderfully off the self-serious away team. I just love her to bits, and I hate that “Brother” doesn’t end with her getting a permanent posting on Discovery. Forget Georgiou; I’d watch The Adventures of Jet Reno, Space Cynic till the sun explodes.

It’s rather interesting that I’ve managed to avoid talking too much about Burnham in this review, despite her being ostensibly the main character of the show. While Discovery is working hard to rehabilitate a rather divisive character, I’m still waiting to see where they go with her to make more definitive decisions. Season 2 looks primed to bring out the best and worst aspects of Burnham’s character: she’s less of a buttoned-down Vulcan clone here, having settled into life on Discovery, redeemed her ‘mutineer’ status, and struck up a genial, excitable friendship with Tilly. However, the arrival of the Enterprise, and the potential for Spock to re-enter her life, will force the writers to tread very carefully.

Burnham’s foster-sibling relationship with Spock always felt like tacked-on fanservice, the kind of thing fanfiction authors would use for their Mary Sue characters – now that Spock’s going to enter the show proper, Discovery‘s creators had better find an elegant way to bring him into the story, and build up a relationship with Burnham that’s worth all the desperate references to OG Trek. As it stands, “Brother” serves as a perfectly fine, albeit action-heavy hour of Trek, a clear attempt to escape the violent, warlike trappings of season 1 for more exploration and, well, discovery. That’s a good sign, especially with its slightly lighter tone; wherever they go with this, let’s hope they go boldly. 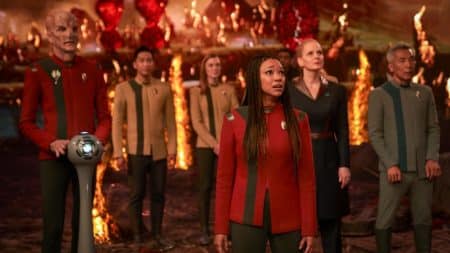