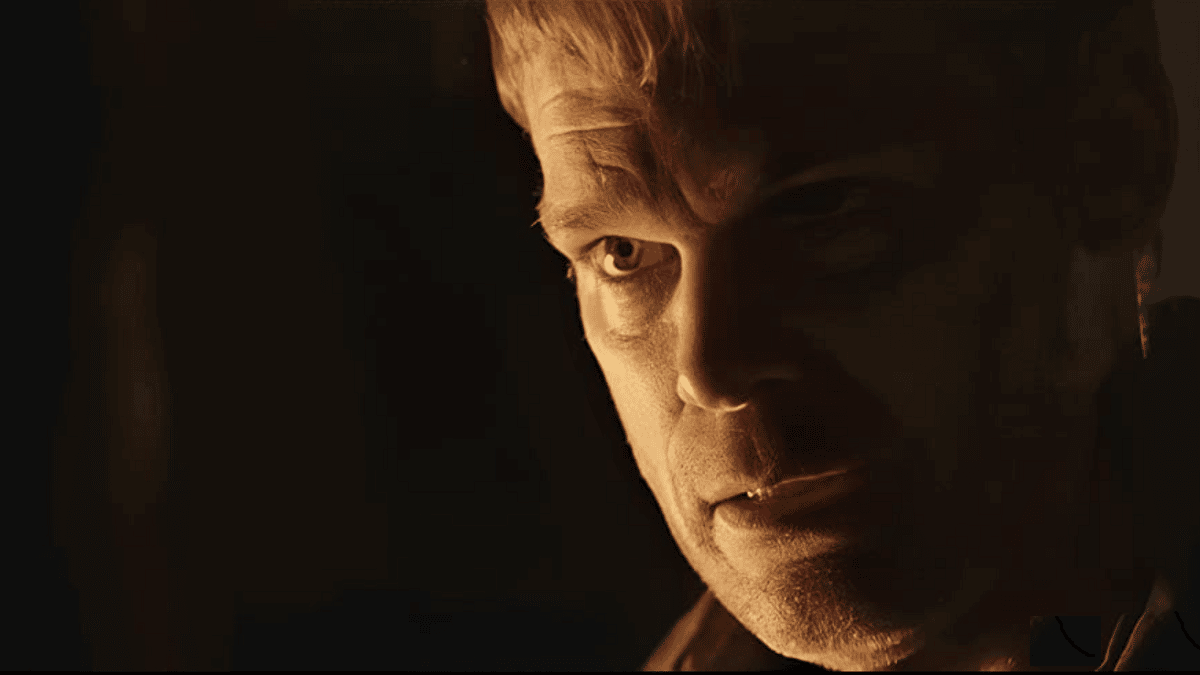 It is difficult to imagine the people who, after Dexter’s largely despised series finale, felt that more Dexter would solve the problem. When you recall the last season of Dexter was also largely despised, it becomes even more challenging. Add in that, for many, the writing on the wall started even earlier, and it becomes damn near impossible. And yet, here is Dexter: New Blood.

One person who evidently looked over the Dexter series’s debris and concluded, “yes, but what if we did more,” was New Blood creator and writer of the bulk of its Season 1 episodes Clyde Phillips. Phillips was a Dexter executive producer and wrote four episodes during, arguably, the show’s best period, Seasons 1-4. We can’t lay the series limping along for four more seasons after Phillips left on his doorstep.

Phillips’s disconnect from Dexter’s dark ages does seem to help the new series immediately out of the gate. The show isn’t a soft reboot a la the new Halloween films. No one is pretending Dexter didn’t ride a sailboat into a storm, fake his death, and become a lumberjack. However, Phillips not being around for those choices allows him, and the show, to treat them with a sort of casual shrug. As a result, New Blood is sly and spry. That stands in contrast to latter-day Dexter, which had grown ponderous and self-serious. One might not realize they missed Dexter Morgan’s (Michael C. Hall) largely affectless sarcastic voiceover. If you ever enjoyed the character, though, it hits like a welcome surprise.

New Blood also seems, initially, to be telling a different kind of Dexter story. Morgan has gone ten years kill-free, a stat that Hall intones like an addict visiting an old haunt. He has left lumberjacking for sport and hunting retail in the frigid town of Iron Lake. He’s put down roots, made connections with people like the local police chief Angela Bishop (Julia Jones), and created a routine for himself. He still “speaks” to his sister Debra (Jennifer Carpenter), but it seems to be a largely validating bond via hallucination. He goes by Jim Lindsay now, a purposely chosen too bland for SEO name. For the sake of ease of reading, this review will stick with Dexter, however.

What first “breaks” Dexter’s world isn’t a serial killer at all, but rather a local, well, rich kid asshole. Matt Caldwell (Steve M. Robertson) is the arrogant ne’er-do-well son of one of the town’s wealthiest citizens Kurt Caldwell (Clancy Brown). He’s the type to buy the biggest gun he can to hunt, steal his friend’s date and have sex with her immediately, and drink heavily while operating boat craft. Dexter’s stoicism and disinterest in engaging with him clearly activates something in Matt. It’s never clear if it is a desire to impress our secret serial killer protagonist or to humiliate him like Matt does to so many others.

When coincidence and rage converge, Dexter makes a mistake. To paraphrase Dr. Dre, Matt kept fucking around with Dexter and turned him back to the old Morgan. There’s something interesting about that, the idea of Dexter falling off the wagon, really and genuinely regretting it, and just trying to push past. To, in the language of addicts, make sure a slip-up doesn’t become a relapse. A 10-episode series about Dexter seeks to once again still his Dark Passenger while attempting to hold on to the life he’s built-in Iron Lake would be a fascinating new way into the character we first met 15 years ago.

The siren song of “giving the fans what they want” proves too strong. Over the course of four episodes, New Blood can’t stop ladling on complications and contrivances. Someone from Dexter’s old life shows up in Iron Lake looking for answers. Molly (Jamie Chung), a true-crime podcaster, apparently THE true-crime podcaster in the universe, arrives around the same time. She’s initially there to cover one story but quickly grows interested in Chief Bishop’s side project, a massive search for Missing or Murder Indigenous Women (MMWI) in the area. A clumsy crime scene technician who’s nonetheless intelligent enough to give Dexter a challenge. A character Dexter suspects might be a lot like him or perhaps something much worse. School violence. Questions of sovereignty over native lands. Oh, and an apparently undetected serial killer who likes to give women a place to live and all the champagne and chocolate-covered strawberries they could want…for a little while.

The serial killer inclusion is the most frustrating because it is the most predictable. It gives New Blood, and surely, at some point, Dexter, an excuse to let the Passenger free rather than drill into the addict narrative earnestly. It disappoints as it makes it clear the series isn’t trying much new. Also, it makes Morgan a bit of a Jessica Fletcher figure. This fella can’t go anywhere without tripping over a surprisingly crafty serial killer.

However, what feels far more anxiety-provoking in the early going is the MMWI subplot. Indigenous Women are murdered at ten times the rate of any other group in the U.S. and are missing at a rate of 50 times higher than the U.S. Department of Justice’s Missing Persons’ Database. This is a deeply serious issue worthy of far more attention than it receives. Unfortunately, that New Blood is raising it alongside and intermingled with plotlines about a possibly vainglorious talk show host (shades of Halloween again), a heretofore unknown serial killer that has operated near Iron Lake for years, and the suggested fate of the Chief’s adopted daughter’s biological mom does not inspire confidence. Dexter has never been a subtle work of fiction. It doesn’t seem to be the kind of show that can navigate this issue without falling into exploitative fiction.

Still, that’s future prognosticating. In the four episodes provided for review, Dexter: New Blood largely keeps its plates spinning satisfactorily. There are absolutely signs of cracks in the foundation and possible pitfalls already are materializing. For the moment, though, the show does something seemingly impossible. It makes seeing Dexter Morgan again feel welcome.