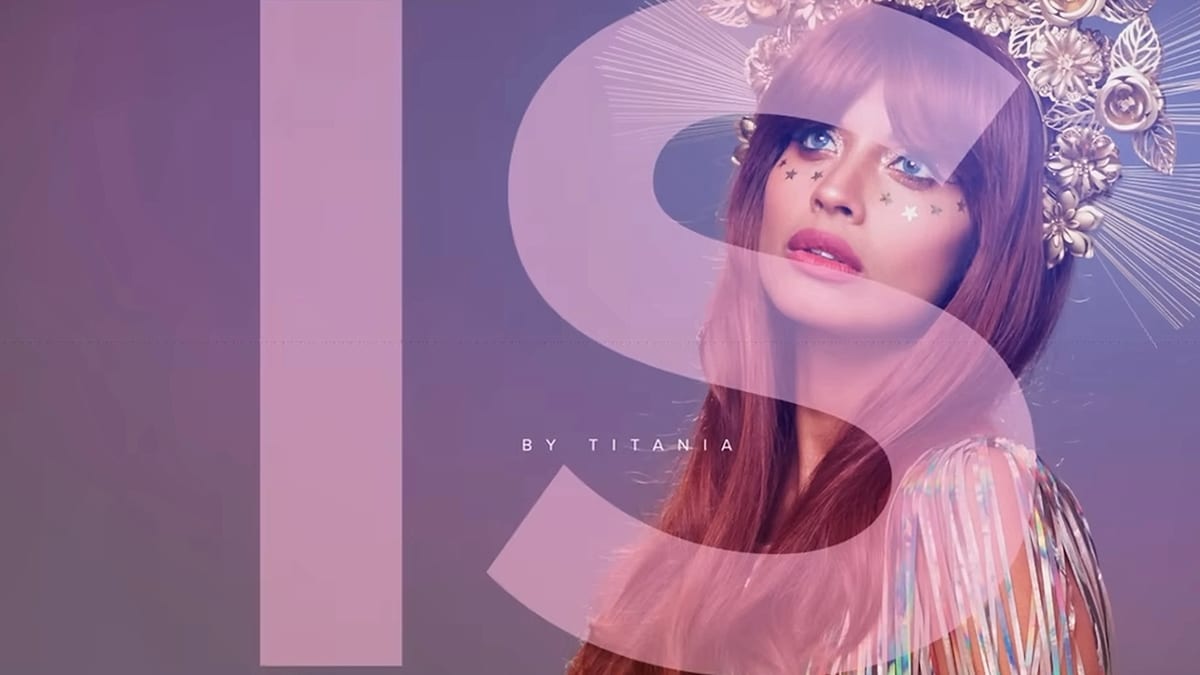 Last week I wrote about how She-Hulk differentiated itself from many, if not most, Disney+ Marvel series by feeling distinctly like episodic television. In this week’s “Mean, Green, and Straight Poured Into These Jeans,” I have to note that it also differs from many of its brother and sister series in another key way. This show knows how to move.

I’m not saying every Marvel series is laborious, but a consequence of many of their approaches to the weekly series means plot points take episodes, if not entire series, to be set up and then knocked down. She-Hulk, often, sets something up in an episode and resolves it the next. Case in point, Titania’s lawsuit.

At the end of episode 4, “Is This Not Real Magic?” Jen (Tatiana Maslany) gets served for her use of She-Hulk. This week not only is that the A-plot, but it’s also resolved in a single half-hour. Imagine how much more warmly you might feel towards The Falcon and the Winter Soldier if they broke out Zemo, he helped them, and then he disappeared all in the same episode, not over the course of three.

Anyway, it seems Titania (Jameela Jamil)—or her legal team—are pretty crafty in how they resolve grudges. Since Jen never bothered to trademark She-Hulk, she did. Moreover, she poured salt into the wound by then using the name She-Hulk to endorse a line of cheaply made but expensive to buy beauty products in “Mean, Green, and Straight Poured Into These Jeans.” There isn’t much to Jamil’s Titania yet besides attitude, but the attitude is fun. Given the show’s emphasis is on comedy and not bone-crushing fights, the choice to make her less a villain who can go toe-to-toe with She-Hulk and more of a mean girl whose sheer pettiness makes her a formidable opponent. That said, we know from the trailers they’re going to fight at least once more, so what do I know?

This show knows how to move.

While Jen plans to do the very Jen thing and solve it all on her own, Holden Holliway (Steve Coulter, wonderfully disinterested) refuses to let her. Instead, he assigns her to work with Mallory Book (Renée Elise Goldberry), the third attorney in the Superhero Law Division. Her all-business demeanor is an excellent contrast to Jen and Pug’s (Josh Segarra) significantly more friendly/less self-assured personalities. After hassling Jen a bit for getting outplayed by Titania, Book decides they should countersue, protecting Jen’s right to the name and barring Titania’s usage in one swoop.

Things look dicey until Jen remembers her She-Hulk dating profile. To demonstrate she was using the name to refer to herself before Titania’s trademark filing, Mallory and Jen need to call several of her lousy dates to the stand. That includes return visits from the wounded narcissist (speaking vernacularly, not clinically…stop trying to label everyone you don’t like clinically narcissistic, people of the internet!) Derek (David Otunga), rich possible superhero fetishist Todd (Jon Bass), and hot doctor who ditches the next morning Arthur (Michel Curiel). The gambit works, and Titania is legally vanquished.

However, the whole experience proves pretty humiliating for Jen. Still, it isn’t the idiots or the creeps that get her down, it’s Arthur’s insistence that She-Hulk is “amazing,” but Jen “isn’t my type.” The She-Hulk CGI might not be flawless, but the way it maps Maslany’s pained smile and brief self-protective moments of dissociation while listening and responding to Arthur are very well animated.

Mallory tries to reassure Jen of her worth, but when Jen mentions them being friends, her fellow attorney curtly thanks her for the drink and heads on her way, pausing only to criticize Jen’s clothing. That brings us to “Mean, Green, and Straight Poured Into These Jeans” ’s VERY SLIGHT B plot.

After promising Pug she’ll wait with him in line for a shoe drop so he can get two pairs, Nikki (Ginger Gonzaga) immediately cashes in her favor. She enlists his help connecting with New York’s best superhero-specific tailor Luke Jacobson (Griffin Matthews). Jacobson is, at first, disinterested, but the challenge of making clothes to fit Jen as She-Hulk and as Jen without her having to change is too much for him to resist. The scene where She-Hulk turns back into Jen while in a She-Hulk-sized business suit gives the episode its best sight gag. Jacobson is fun in the part, but it feels a bit too Edna Mode at the end of the day.

I’ve been a little underwhelmed by what the show has given Gonzaga to do in the first half of the season. “Mean, Green, and Straight Poured Into These Jeans” finally gives her a worthy showcase. She’s great fun playing off the agitated but trying to hide it Maslany. Her comrade chemistry with Segarra is top-notch. Seeing her finally given enough space to make a mark was great.

– She-Hulk and I drive the same car in the same color. Nikki drives my previous car, a Yaris. Mine was blue, though. All of this is deeply important.

– Pug is a sneakerhead!

– If the shoes are anything like the movies, the Iron Man 3’s will be the best of the Iron Man shoes, but a certain segment of people will be very resistant to this reality.

-I gotta imagine Stark Industries is getting a cut of those shoe sales, right?

– Really enjoying whatever Ginger Gonzaga was doing with her eyeshadow this week. I don’t know makeup, but I know what I like.

– I would wear Avongers gear. That Purple Hulk is what’s up.

– Now that She-Hulk’s clothes have been a plot point for two episodes running, I feel bad for commenting on them back in episode 3. Also, however, this makes me a trailblazer. A tastemaker, if you will.

– Oh damn, Daredevil costume! The Man Without Fear is my favorite!

– “I’m so sorry little child, but the line starts way back there.”

– “Ok, you’re not done.”- The line isn’t much but the way Gonzaga says it is just wonderful.

– “Fine, I’ll buy one of your Avongers t-shirts.” “And a matching hat.” “Yes, of course. I want to complete the ensemble.”

– “A sturdy back and reinforced king-sized bed. Jk. Jk…jk.”- She-Hulk’s dating profile in general gave the episode its best laugh lines. It didn’t feel very Jen-like, but I’m guessing that’s part of the She-Hulk transformation. The confidence that comes with being big and green lets her feel comfortable being a bit hornier on main. 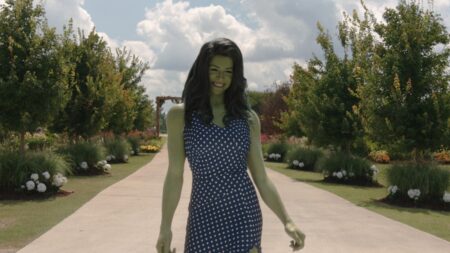 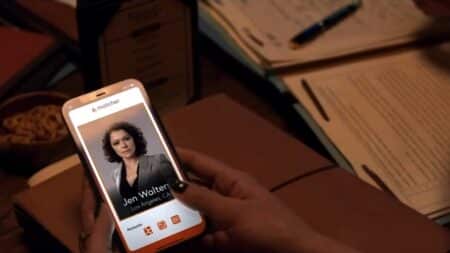 She-Hulk: Attorney at Law dives into the less than magical app dating scene 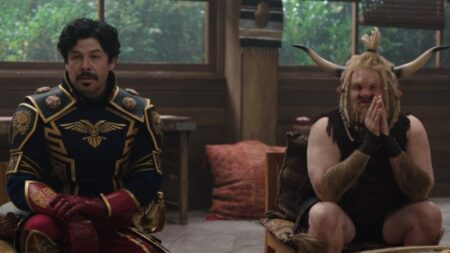